It rained most of last week, so I used my opportunity today to catch up on missed rides.

I think I over-did it a bit.

I started from home in Lawnton and made my way via Clear Mountain and Samford to Mount Nebo which took me a couple of hours. 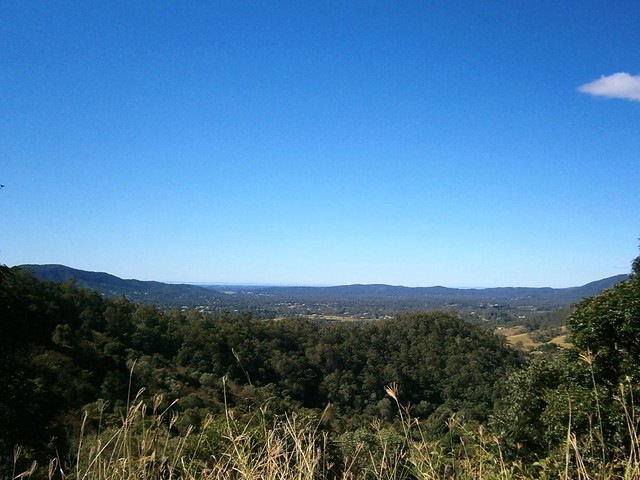 Due to the clean air after the rain, I had some great views from The Goat Track east to Moreton Bay.

From Mount Nebo I turned onto South Boundary Road – a wonderful fire trail which runs through most of the southern section of D’Aguilar National Park. Today, that meant an enjoyable 15km descent (with a few short climbs) from Mount Nebo down to the creek crossing at the bottom of Centre Road. 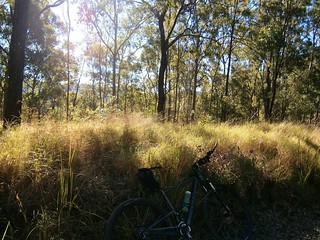 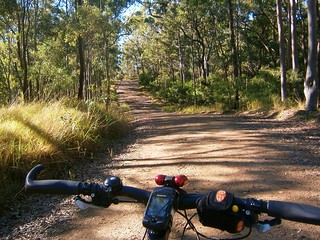 The fascinating thing about this long descent is that you start in wet rainforest, but the vegetation slowly changes until you’re riding through breezy open Eucalyptus meadows. Some of the downhill sections are too quick to look around at the trees for very long, so it was worthwhile stopping every now and then to take it all in 🙂 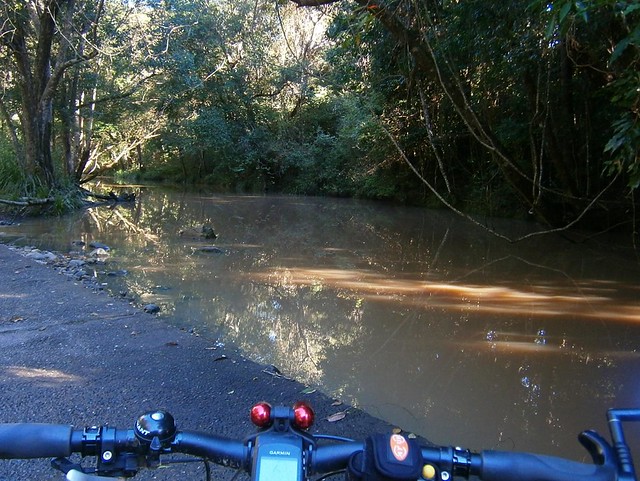 Eventually the descent came to an end at the Enoggera Creek crossing on Centre Road. Enoggera Creek is pretty significant for a couple of reasons. It was dammed in 1866 to form Enoggera Reservoir – Brisbane’s first (and Australia’s second ever) dam. It’s purpose was to supply drinking water for the burgeoning new colony. Waterworks Road in the Gap, Ashgrove and Red Hill is named after this reservoir. From the dam wall, Enoggera Creek runs through the Brisbane suburbs of The Gap, Ashgrove and Newmarket before eventually becoming Breakfast Creek and emptying into the Brisbane River.

Thousands of people see Enoggera Creek from their cars every day as they pass along Ashgrove Avenue or Kelvin Grove Road, but I bet you’d only get a handful of people each week who see it this far upstream. 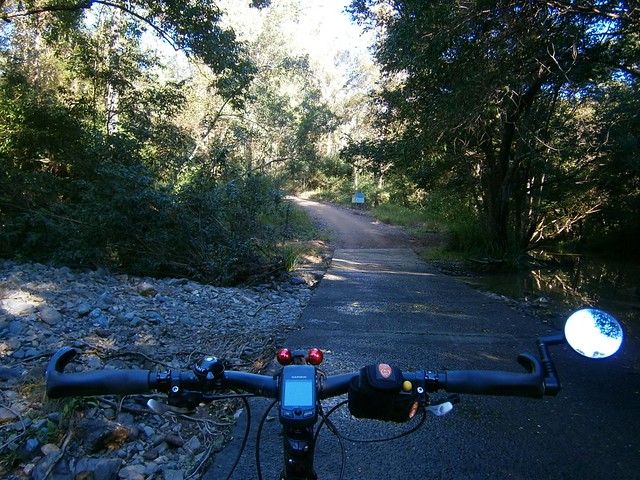 As with all good descents on a bike, you have to pay for it at some stage with a long climb up a hill. So from the creek, I pushed up Centre Road for a couple of km and finished my ride via Bellbird Grove, Camp Mountain, Ironbark Gully and Bunyaville.

All up this took me almost 6 hours (excluding stops). I rode a total of 85km, with just over 1,900m of vertical ascent, and burned about 4,900 kcal (10 Big Macs). I think this one rates about 8.5 out of 10 on the tough-o-meter. That final big hill riding back through Ironbark / Lomandra was pretty painful!