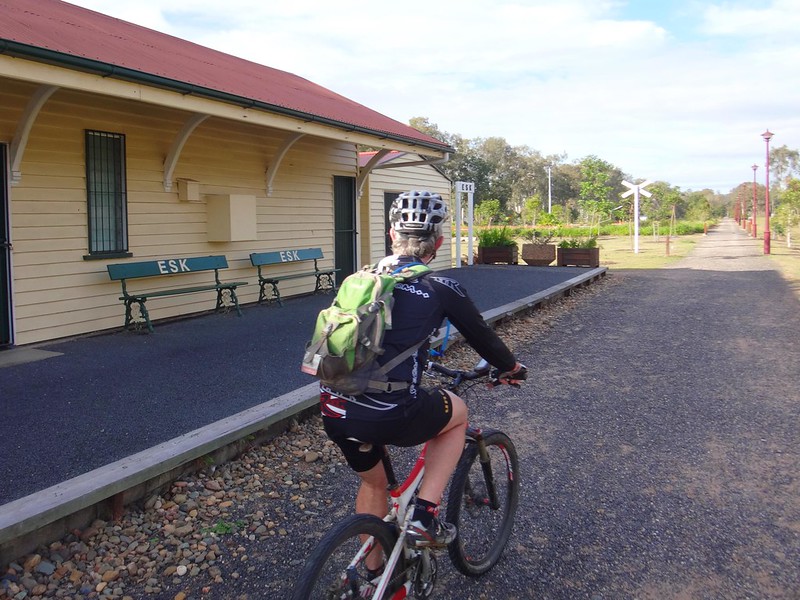 Today’s ride was preparatory. We planned to leave my van in Esk, ride to a railway station, and catch the train home. Then the next day we’d ride to Esk from Dayboro over the D’Aguilar Range, pick up the van and drive home.

That was the plan, anyway 🙂 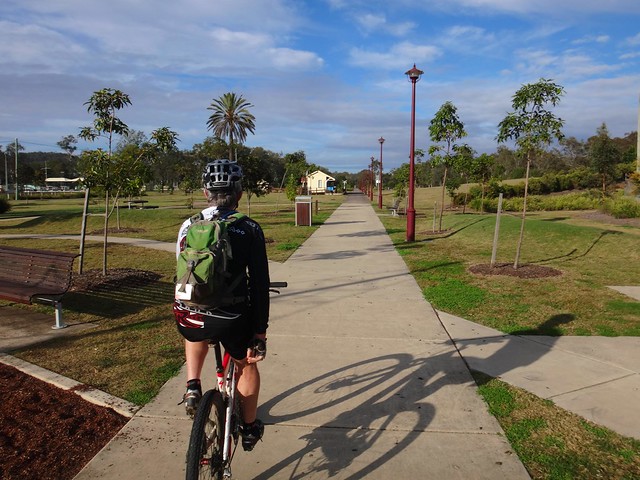 Eric and I dropped the van off at Esk, and started making our way south along the rail trail. If we kept up a good pace we’d get to Walloon Railway Station, west of Ipswich, by about mid day in time to catch the train home.

By the way, rail trails are recreational trails used by hikes, cyclists and horse-riders. They follow old disused railway lines. This line once stretched from Ipswich to Yarraman in the South Burnett. We’ve ridden other sections of this trail many times before. It’s a perfect easy track for families and children. The terrain is relatively flat, you don’t have to deal with steep hills, and it’s not as intense as some of the rougher trails that you can come across on a mountain bike. 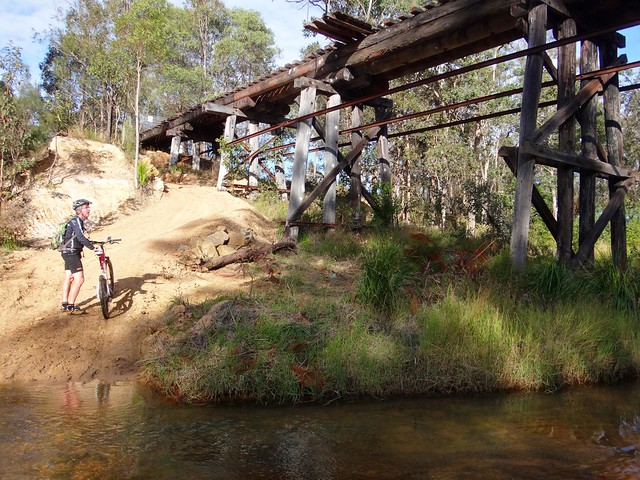 It was a beautiful ride. There were several remains of old bridges crossing different creeks. At these points, rather than roll your bike over a ricketty old bridge, the safest thing is to carefully cross the creek below and push up the other side.

Unfortunately this is where disaster struck.

I stopped my bike while crossing the creek, and put my foot out to steady myself. I put my foot on an old railway sleeper, but it slipped forward on the wet wood. This made my knee bend forwads the wrong way. I then slipped off the bike in pain, and as I did my hip joint popped out, and my knee twisted around sidweways. I ended up lying in the creek bed on my back, my face contorted in agony.

I’m so glad Eric was there to help me up. I foolishly thought I’d be ok, hopped back on the bike and tried to keep riding. That lasted about ten minutes till I eventually accepted the fact that I couldn’t continue.

So Eric and I turned the bikes around, and with lots of grunting and wincing, I slowly rode the bike back to Esk.

To be honest, while the pain was bad, I didn’t mind it. What really hurt was having to cancel a ride, and the planned ride the next day, and accept the fact that I’m probably not going to be on the bike for some time. 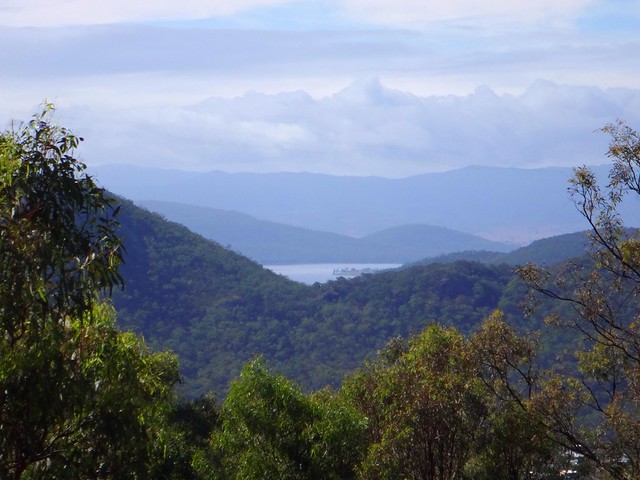 Before driving back home, Eric and I took a short drive up to “Lakeview Park” up on a hill to the west of Esk. The views are impressive, and I thought to myself that this would be a nice place to come back to on the bike…. one day.

I don’t know what I would have done if Eric hadn’t have been there to help me back to the car, and to drive me home.

I’ve often joked with Liz that if I was ever in trouble in the bush, the one person I’d want to have with me would be Eric. He’s a reliable, wise, capable and selfless friend. 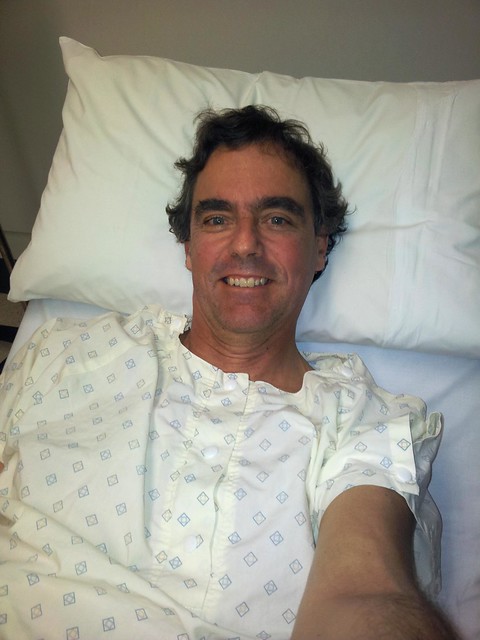 I eventually got to the hospital a few hours later. There are no bone fractures, but there’s a good chance I’ve torn a ligament. The doctor doped me up on pain killers, bandaged the injury, booked an MRI scan and sent me home. I’ll know more about the damage when I see the doctor again on Tuesday.

As you can tell from the dopey smile, the pain killers are pretty good – but they don’t aleviate the feeling of disappointment at being out of action for a long time.

Accidents can happen anywhere – even to experienced riders on low-intensity rail trails.

The important thing is to be prepared, and if possible, ride with a friend you can rely on.

We rode (and limped) 14km in just under two hours.

Not the most epic ride I’ve ever done. I’d probably rate it 3 out of 10 on the tough-o-meter.

As far as pain goes – it was about as bad as it gets.

Thanks for being there for me, Eric.

Now – what am I going to do with myself for the next few months? Stay tuned – I’ll try to make sure it’s not boring!