Much of the beautiful Gold Coast Hinterland from Nerang, down to the McPherson Ranges, and up towards Jimboombah and Cedar Creek is the traditional country of the Wangerriburra indigenous people.

Which translated means “Greetings all of you, going walking in Yugambeh / Wangerriburra Country.”

“Jingeri” is the Yugambeh word for the bird we know as the “Willy Wagtail”. It’s also the word for greeting. By some happy co-incidence I heard a willy wagtail twittering away while I read the sign.

So while we weren’t “going walking” today, we felt like the welcome was intended for mountain bikers as well. 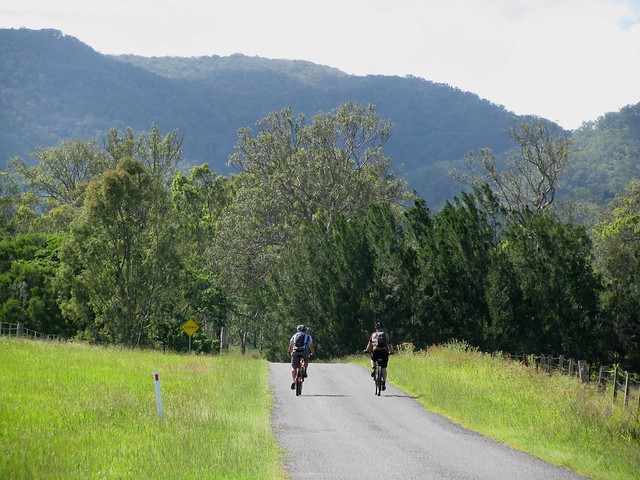 Duck Creek Road starts as a pleasant country lane in Kerry, south of Beaudesert. For the first few kilometres it’s relatively flat and even, which allowed us to warm up gently before the climbs ahead. 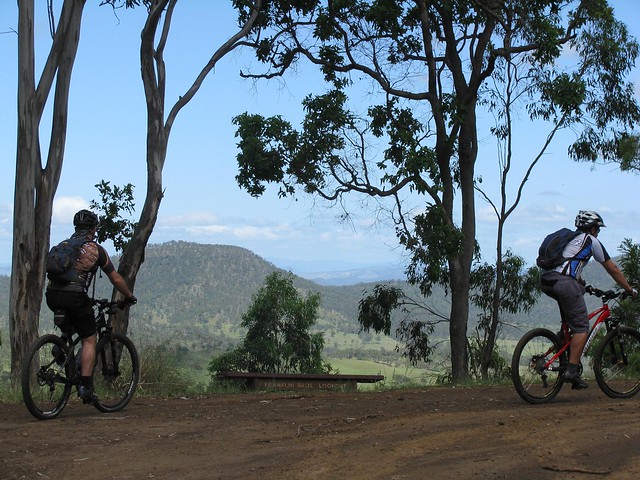 At the end of the bitumen the track rises sharply to the first of several lookouts. Franklin Bros Lookout offers some great views over the local farmland. 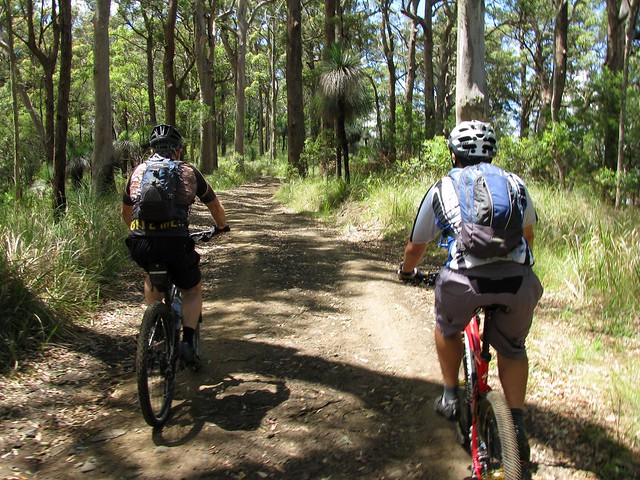 As you progress up Duck Creek Road, the vegetation slowly changes. The forest becomes thicker, and there are more and more Grass Trees (Xanthorrhoea). Many of them (like the one on the right of the track in this photo) are several metres high indicating an age of several hundred years. 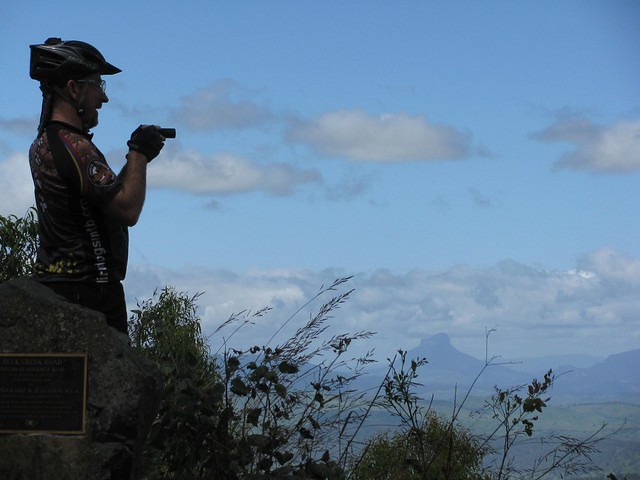 The best lookout is about two thirds of the way up and has panoramic views of the McPherson Ranges to the South West. 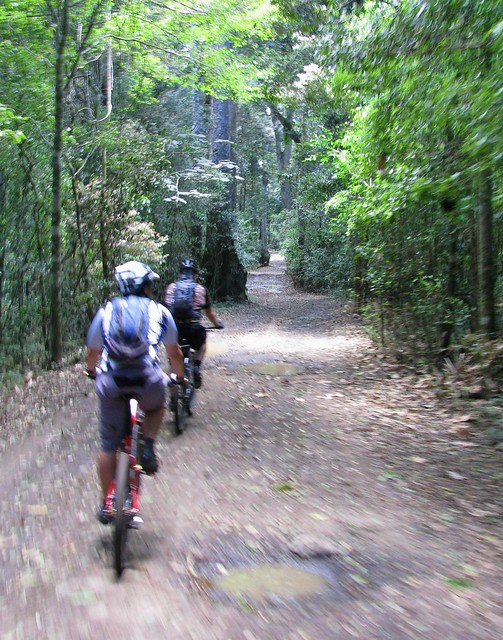 Towards the top, the environment is transformed into a lush green rainforest. It’s a pleasure to ride in the delightful lower temperatures, and cool off after the effort of the preceding climb. 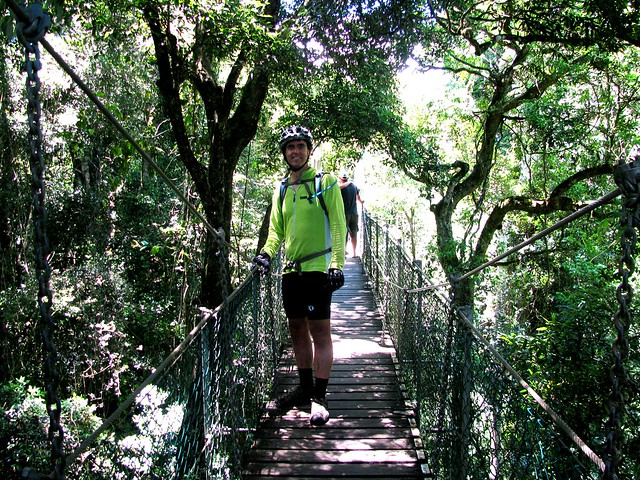 At the top there’s a suspended walkway through the tree-tops that lets you wander through the forest canopy, 20 metres above the ground. The walkway sways gently so it’s important to hang on, try not to rock the walkway, and (if you’re intimidated by heights) don’t look down! 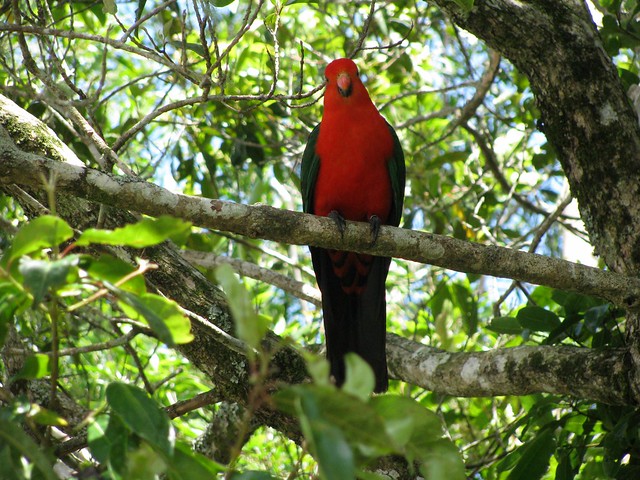 The cafe at O’Rielly’s serves delicious mountain-bike fuel. It also has flocks of colorful birds such as this King Parrot. We also spotted quite a few Crimson Rosellas. The cafe sells platters of bird food, and the parrots will swarm you and eat out of your hand (and off your plate) if you let them.

Although it took us about two hours to climb from the valley floor to the top, it only took us 25 minutes to ride back down. The fast descent was exhillarating. We overtook over half a dozen four wheel drives slowly trundling down the track, and were grateful for them pulling over to the side to let us pass.

All up, 38km with 1,100m of vertical ascent, and 3,000 kcal burned. Although some bits of the road are steep, I’m giving this one 8 out of 10 on the tough-o-metre. It’s a pleasant ride. All you need is half a day. Most fit riders will be able to ride the whole way. Just keep an eye out for on-coming 4wd traffic on the way down!