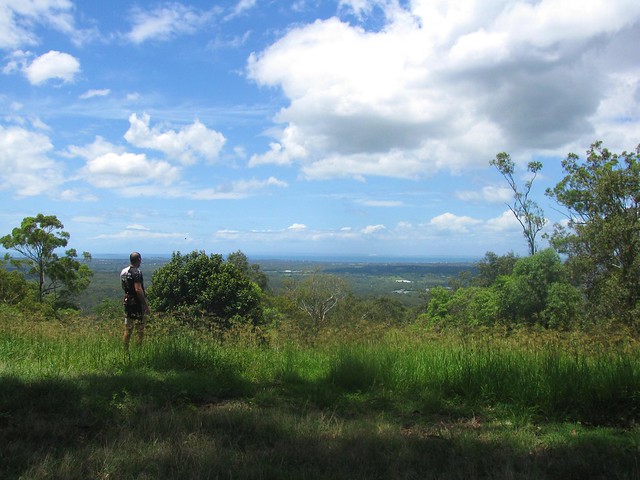 My friend Derek organized a ride today with about 25 riders from MTBDirt.com to check out some of the great mountain bike tracks on the South Side of Brisbane.

That sounds so easy to say, but what needs to be said is that he spent almost two months planning the ride. His wonderful wife, Michelle, got up well before dawn to prepare food and drinks for the riders, spent most of the day driving around delivering it, and then got back home in time to cook up a delicious BBQ for everyone.

How often do you get to go on such a well organized and provisioned ride like that? 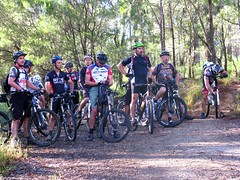 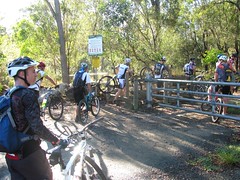 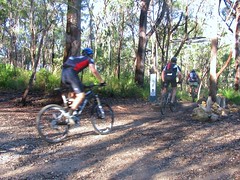 Our first stop was Daisy Hill – a large conservation park riddled with twisty single-track. I don’t mind single-track, but usually take it at my own speed – if you’re not careful it’s easy to crash, or hit your bar-ends on a tree trunk. But I found riding in a large group more challenging because I tried to keep up with the riders in front of me, while making sure I wasn’t going too slow for the people behind. The quicker pace made it a much more intense and exciting ride. 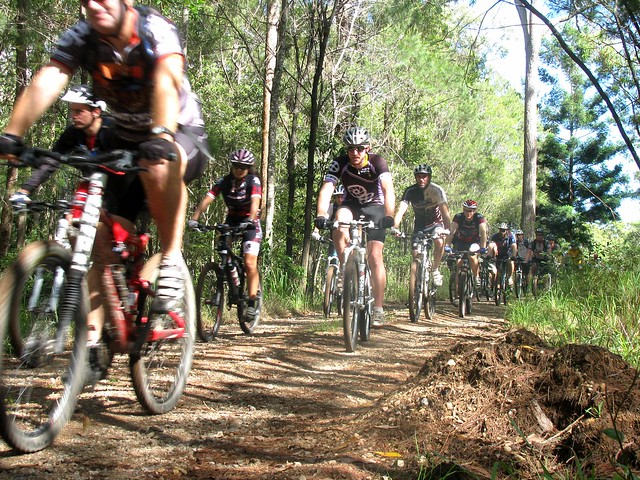 From Daisy Hill it’s not far to Cornubia. The tracks here are amazing. Built onto steep hill sides, the narrow tracks twist over the contours of the slopes through lush rainforest. It’s a tough ride, but well worth the effort. 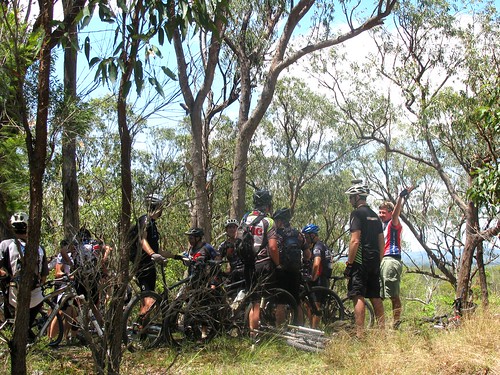 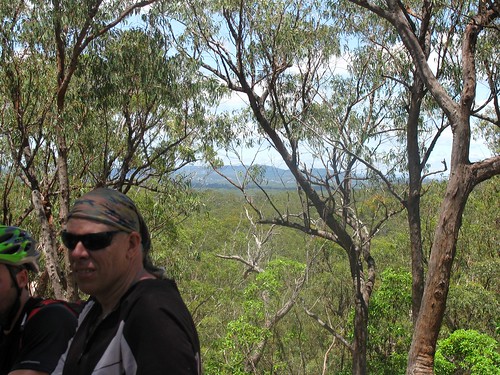 Then it was on to Bayview with tight tracks winding through closely packed she-oaks, with a gradual rocky climb up to the summit with great views to the south and west. 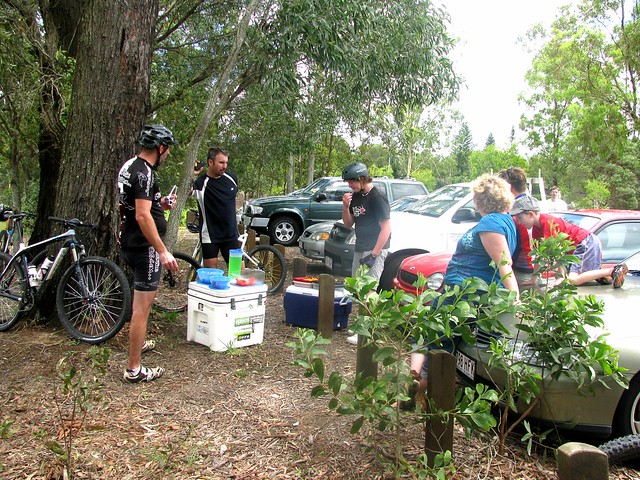 Derek’s wife Michelle provided food and drinks for us when we arrived at Mount Cotton – the half-way point. 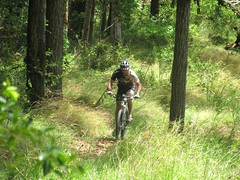 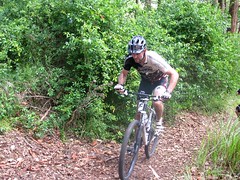 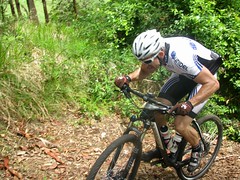 The climb up to the summit of Mount Cotton is quite steep, but it has some fantastic views. While we were catching our breath at the top, Derek asked who wanted to compete in the “Granny Ring Challenge” – a gruelling contest which basically involved riding to the botton of a very steep hill, then turning around and riding back up. Most people laughed or muttered abuse, but Jim and Jason fronted up and gave it a go… and they made it. 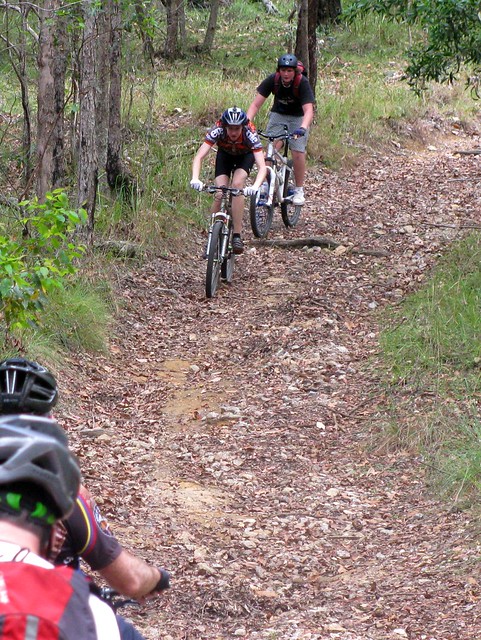 The steep descent from the top of the Eastern Escarpment towards Karingal is intense, but a lot of fun/ 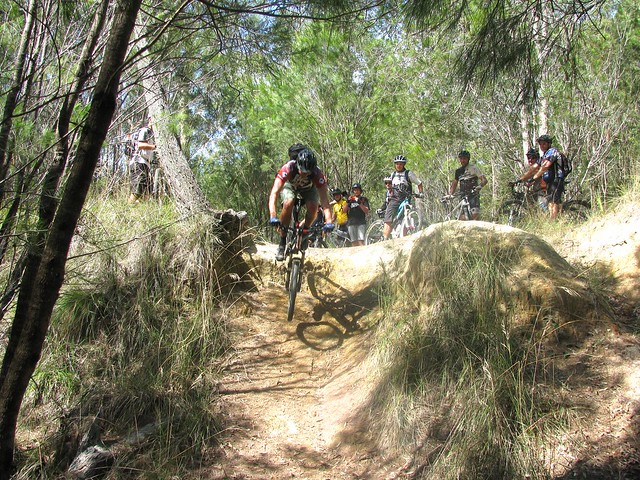 The last bit of the ride was in a forest reserve on the site of an old World War 2 rifle range in Cleveland. It’s all overgrown now, but has some fun drop-offs and creek crossings. 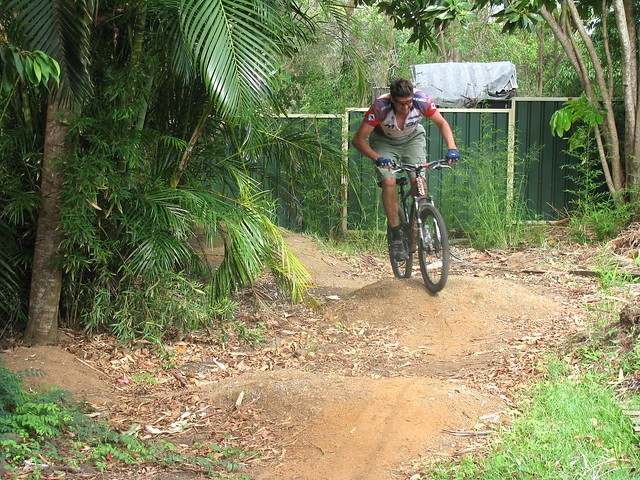 After about 9 hours, we made it back to Derek’s place, where he showed off the pump track that he has built in his back yard. The basic idea of a pump track is to roll around it without pedalling, gaining momentum by pumping the bike up and down as you roll over the humps.

We rode over 80km with almost five and a half hours moving time, climbing a total of about 1,500 metres. I burned about 4,500 kcal, consumed about 6 litres of water, 1.5 litres of sports drink, 3 chocolate bars, one meat pie, half a litre of fruit juice, and a load of fruit. The mid-summer weather, the distance, and the ascent made this a tough ride.

I’m giving it 9.5 out of 10 on the tough-o-meter, with five stars for the organization and hospitality shown to us by Derek and Michelle. Thanks guys!

One Reply to “Southside Epic”