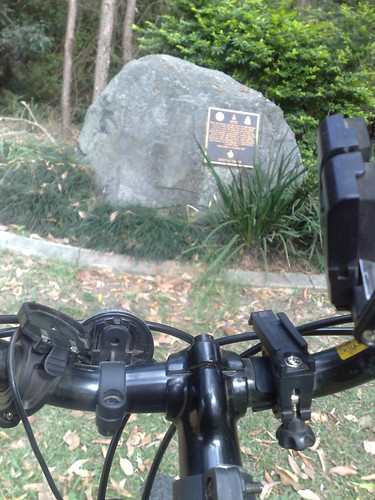 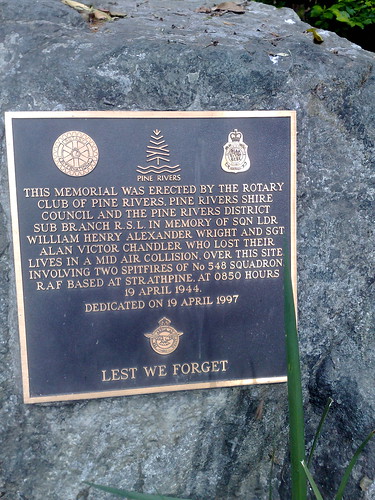 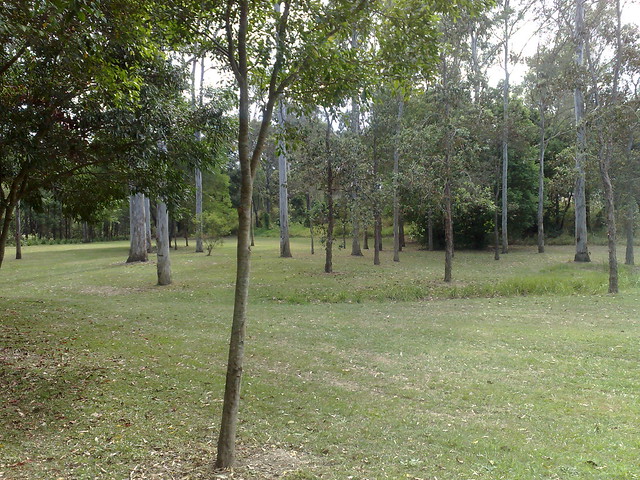 A couple of our boys went to school at Pine Rivers High School in Strathpine.

The high school and surrounding houses are built on what used to be an RAAF air field, used in World War 2. In fact many of the streets in that area are named after WW2 planes – Spitfire Avenue, Lancaster Street, Wirraway Street, etc. And Spitfire Avenue is built on the actual runway of the old airfield. Every time I drive down that street I imagine young pilots revving up the engines on their Spitfires, tearing down the runway, and up into the sky above where I live.

In 1944, a couple of Spitfires collided mid-air over what is now the North Pine Country Markets. These photos show a memorial to Bill Wright and Alan Chandler who died in the collision. I don’t know how old they were, but I’m guessing they weren’t much older than a couple of our own boys today.

I ride past the monument some mornings, and thought I’d pay my respects today.

Who knows, perhaps in some other universe, young Bill and Alan are still flying their Spitfires and enjoying the view?

Regardless, these young men deserve to be remembered.