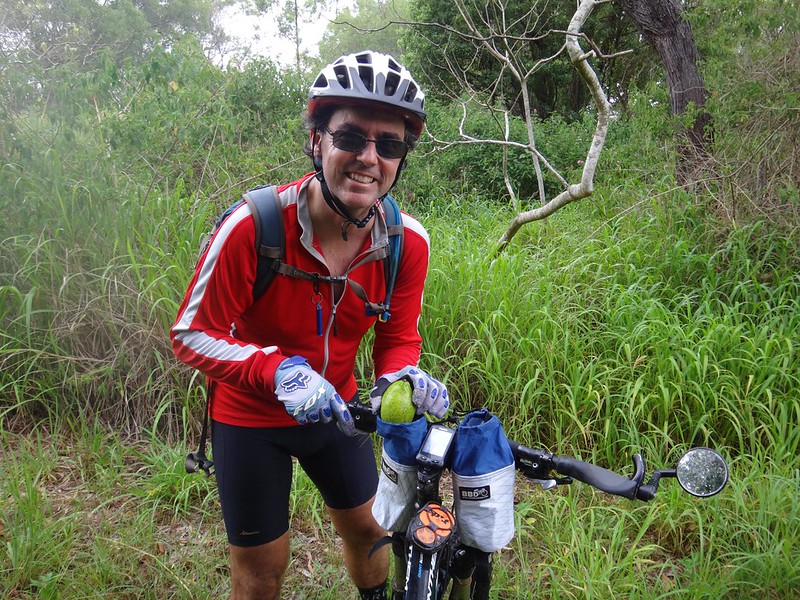 There’s a remote mango tree by Lake Samsonvale that’s laden with fruit this time of year. Any mangoes that fall to the ground are scavenged by feral animals, so we thought we’d do the environment a favour and relieve this grand old tree of some of its fruit.

We think the tree might have been planted by the Joyner family over a century ago, but trees don’t tell tales, so we’ll never know. 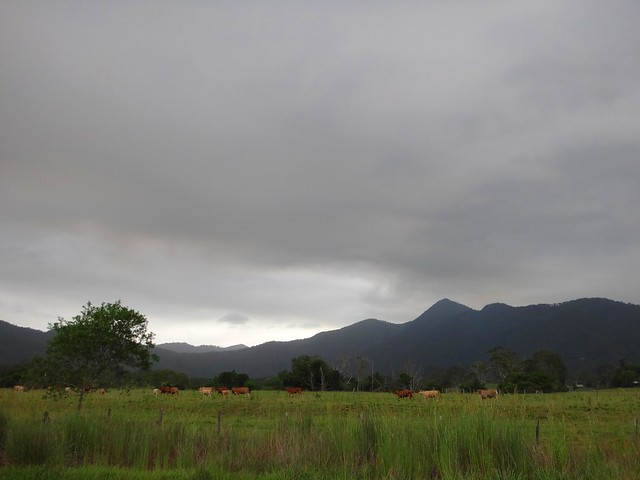 Lake Samsonvale is named after the town of Samsonvale which disappeared under the water when the dam forming the lake was built. Samsonvale was named after Mount Samson which looms over the area. Today it was brooding moodily in the thick cloud cover which protected us from the heat of the mid-summer sun. 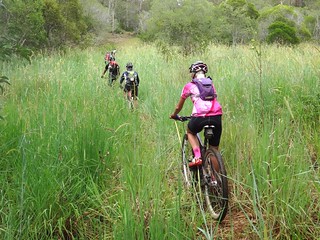 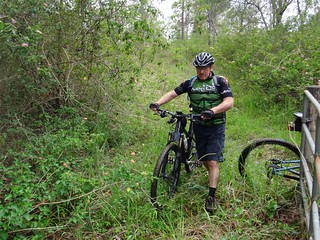 While most of the terrain around the lake is well-tended, some parts are covered with “fukawi” grass which takes a bit of faith to ride through – especially if you’re worried about snakes. I don’t mind snakes, and was riding last, so I didn’t need much faith: everyone else had flattened the grass for me. 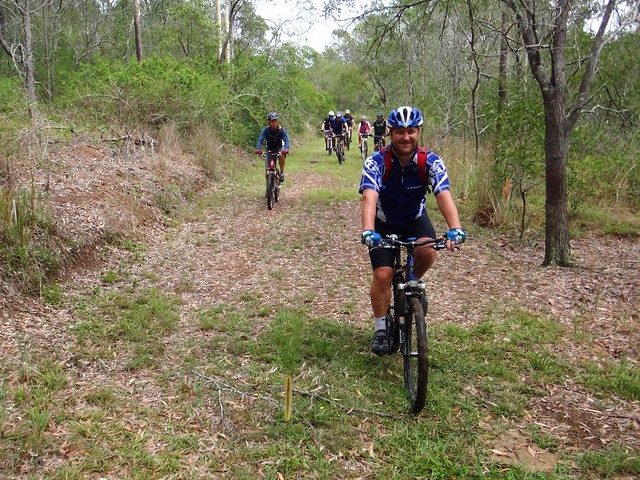 The flat freshly-mown tracks were perfect for riding on. We kept up a brisk pace as we followed the shoreline. 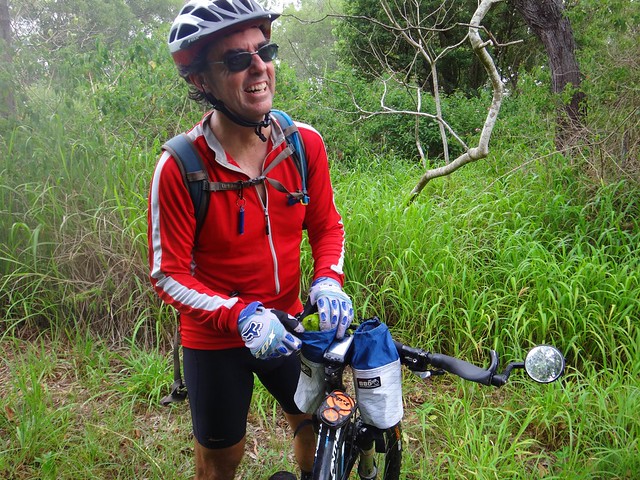 When we finally reached the mango tree, we all stocked up on mangoes. I brought the “Chaff Bags” that were given to me by Bike Bag Dude and filled them with freshly picked fruit. I’m not sure if that’s what Kath and Kedan had in mind when they designed these bags, but they did the job perfectly. 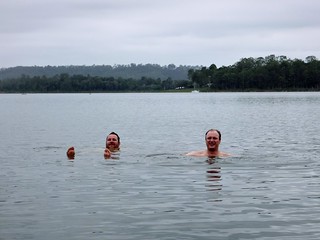 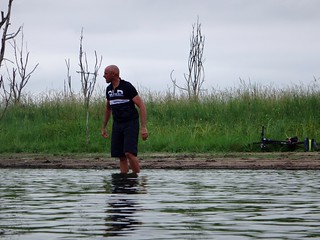 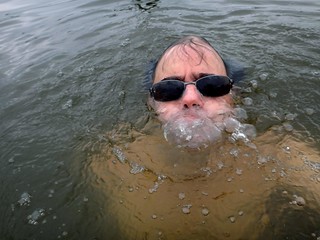 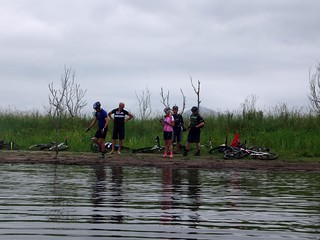 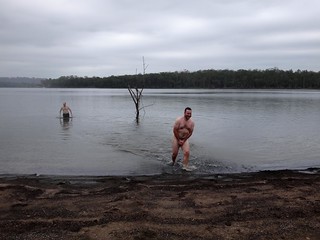 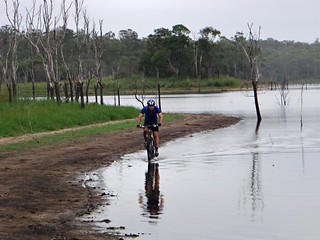 After the mangoes we had a break by the dam. Some of us floated, splashed, streaked or relaxed. Zepinator thought he’d take his bike for a swim 🙂

The cool water was perfect on such a humid day. 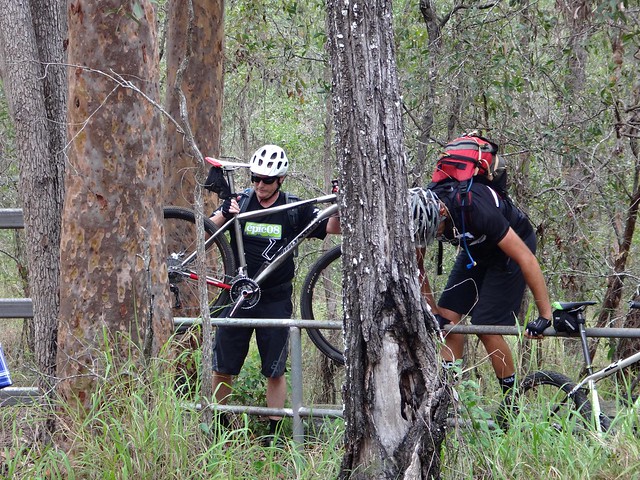 After the swim, we made our way back to the paved road, and slowly rode back to the cars. 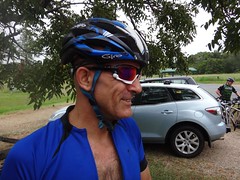 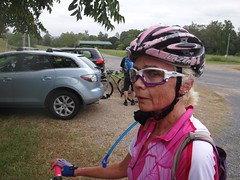 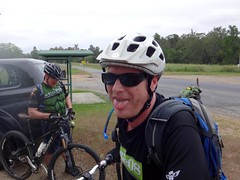 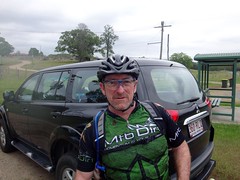 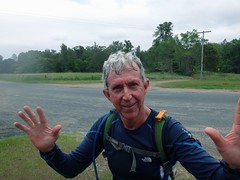 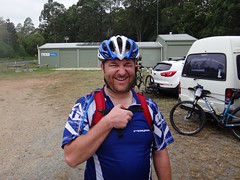 I think we should make “The Mango Run” a regular event. What do you think?

All up, we rode about 28km in just under 3 hours including breaks. I’ll rate this one 7 out of 10 on the tough-o-meter.

2 Replies to “The Mango Run”