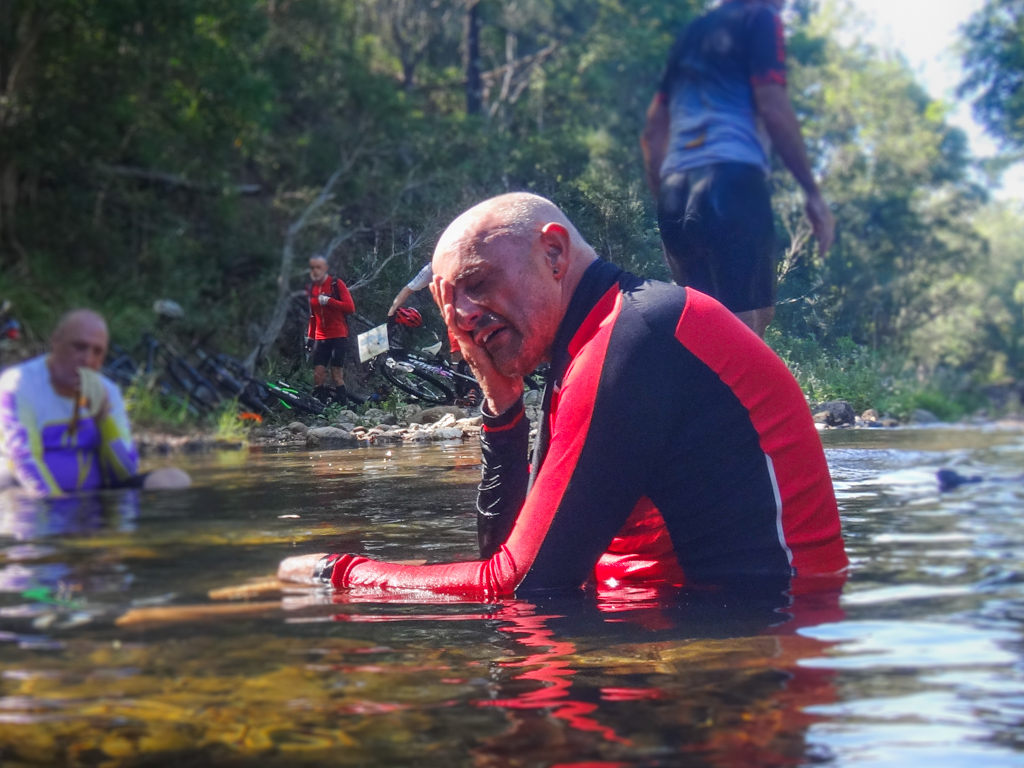 During Queensland summers, the most enjoyable rides are short and have swimming spots. 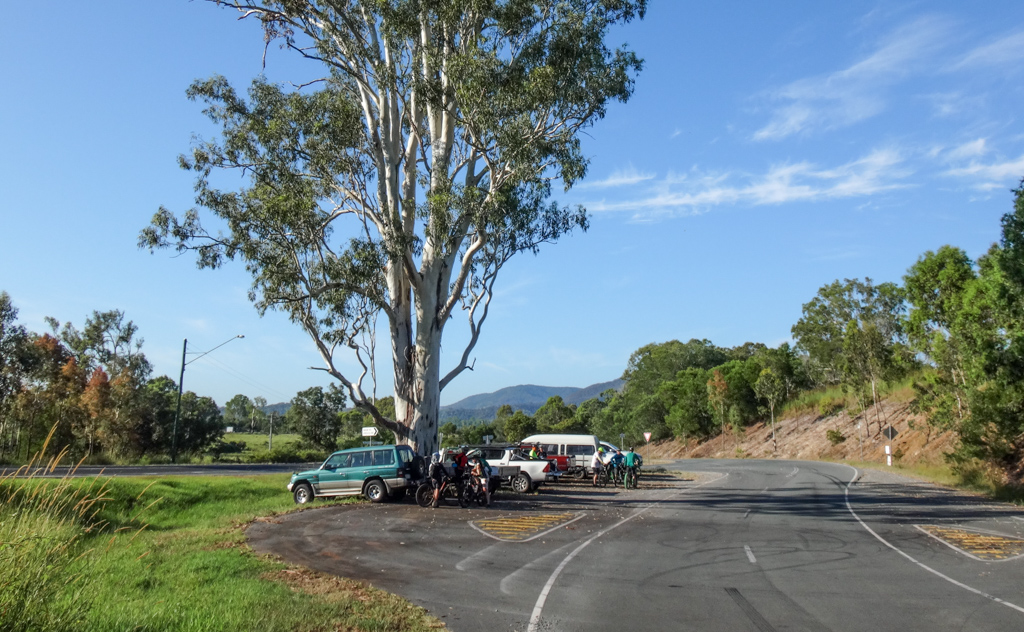 We started at Mount Samson in the shade of an old gum tree, halfway between Samford and Dayboro. 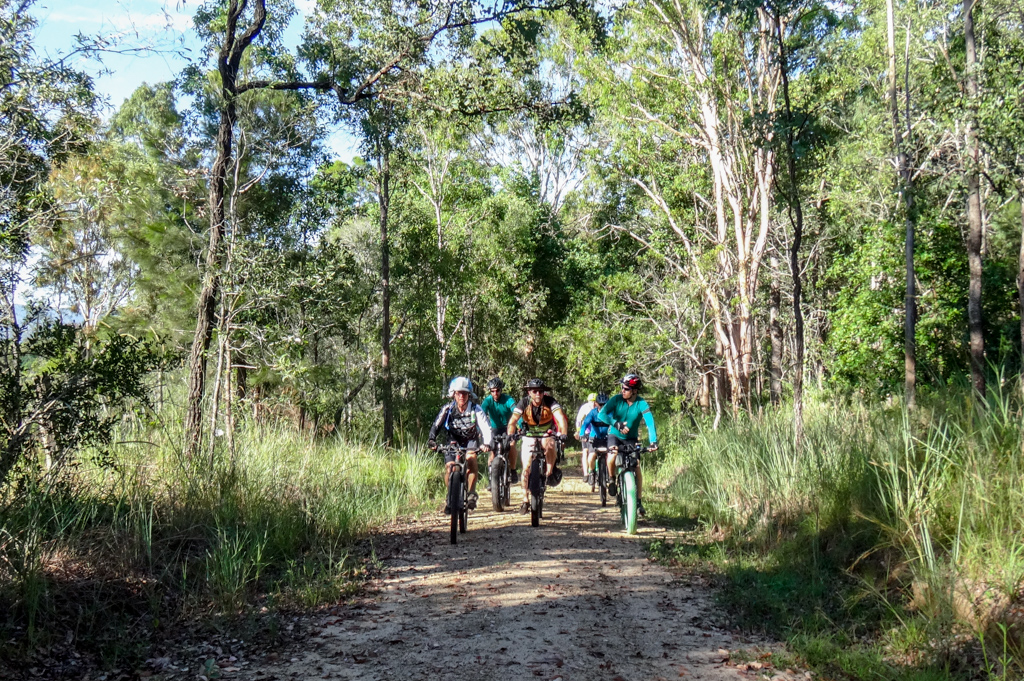 Just over the road we found a shady track and followed it through the trees.

Eventually we met the lake shoreline and followed it north. 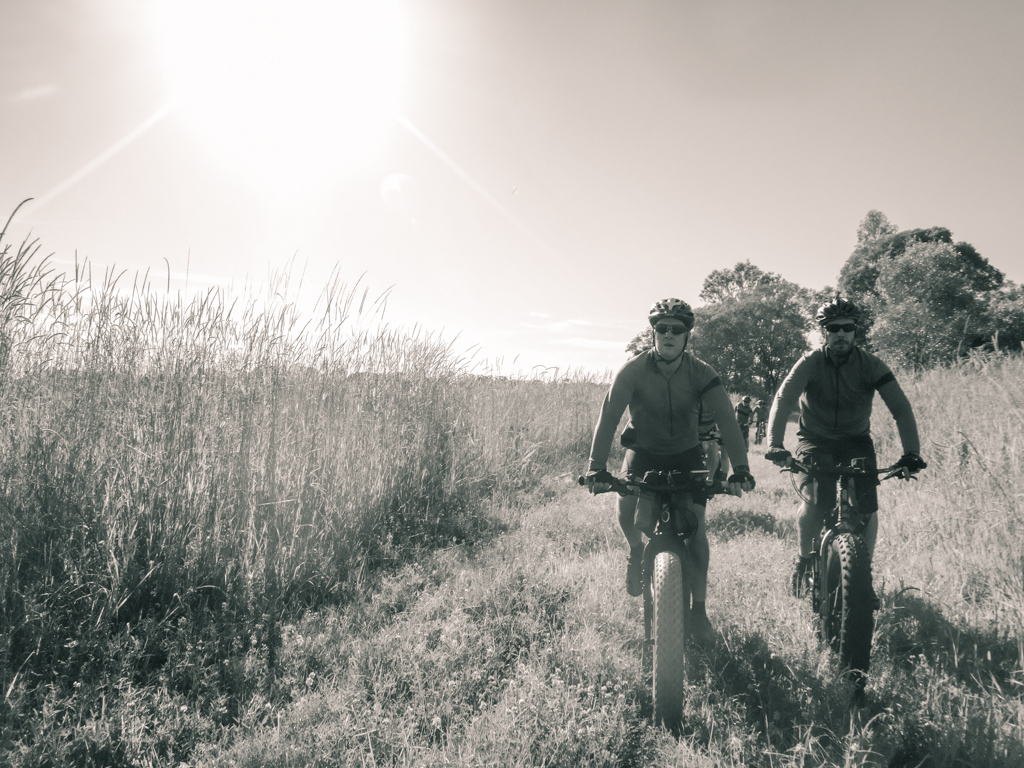 Fifty years ago a railway line operated here. Today there are no rails, or trains – just tall grass. 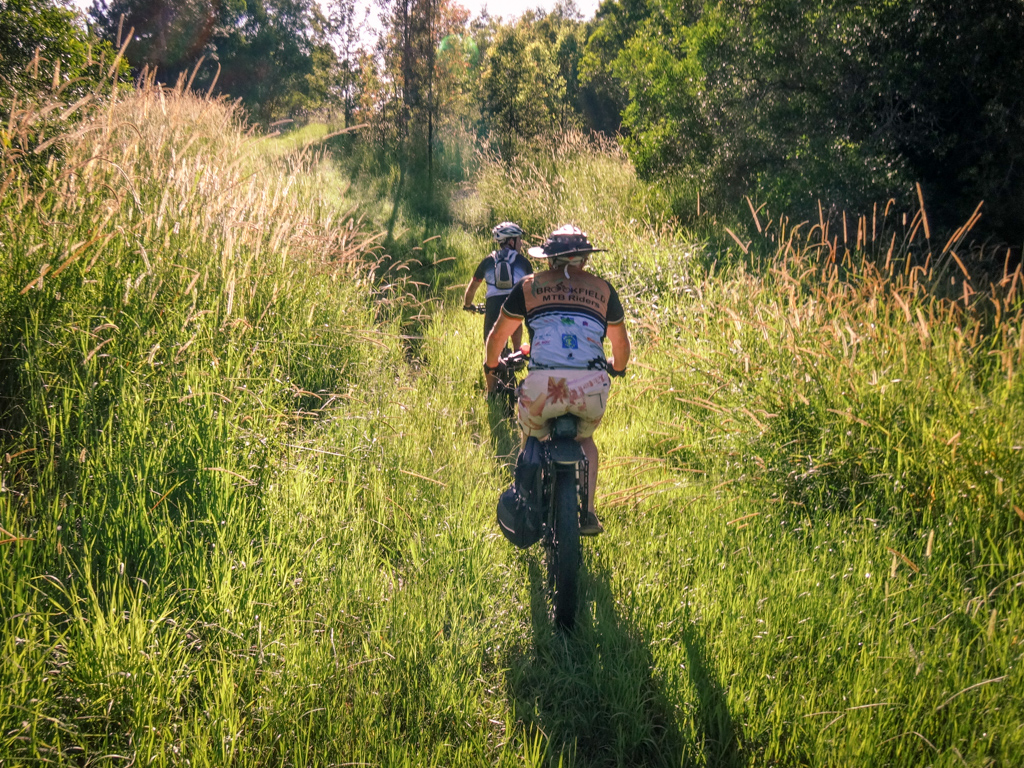 I let Craig and Jason go ahead of me to knock down the spider webs. It can be distracting to get a face full of arachnid silk while riding – seasoned riders always let their friends go first 🙂 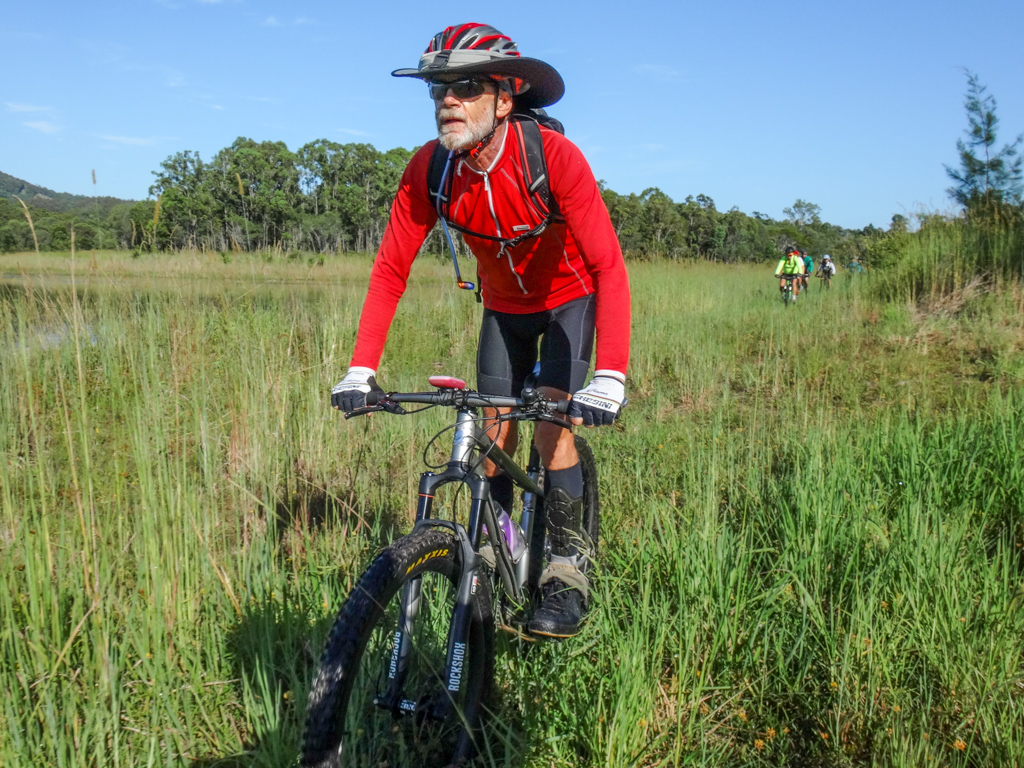 There was once a town here called Samsonvale. Houses, shops, a post office – all disappeared under the rising water when the dam was built.

It’s hard to imagine that today’s islands and peninsulas were once just hills surrounded by rolling farmland.

We rolled through the long grass and up a hill back into the trees.

“Is everyone here? Have we lost anyone?” 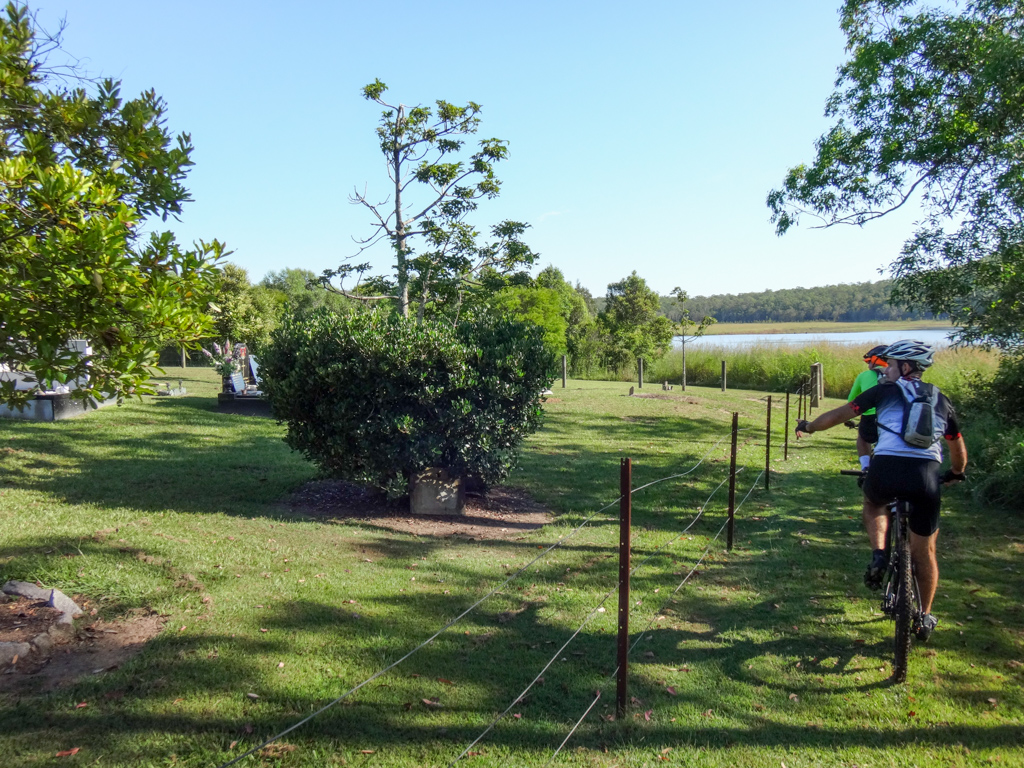 We rolled down the other side of the hill to the Samsonvale cemetery. 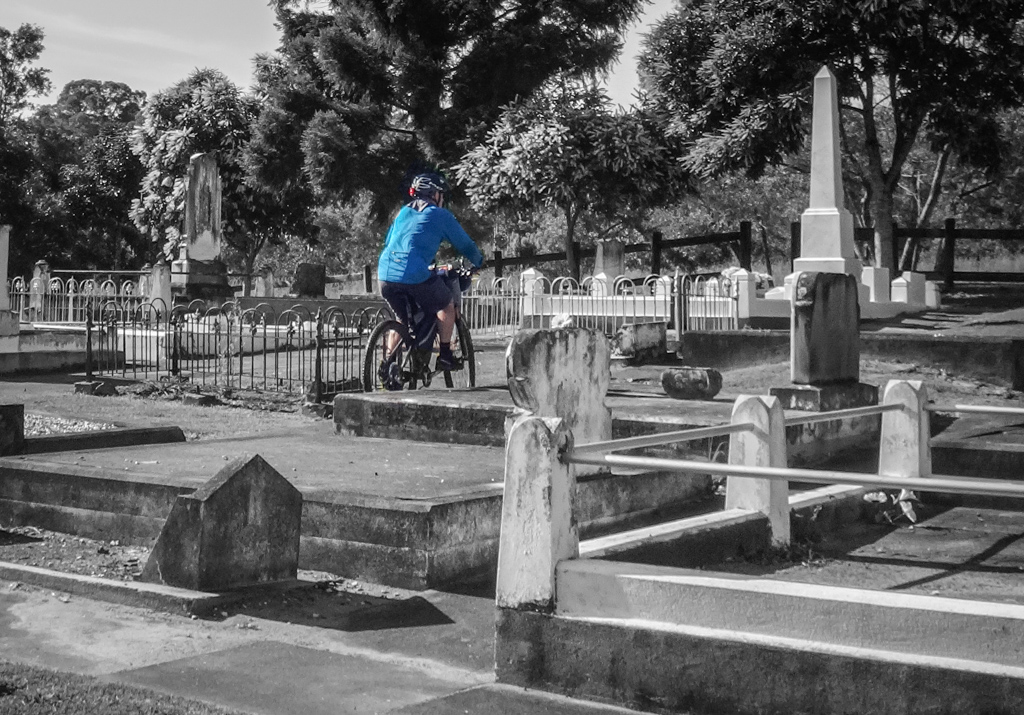 Ironically, this cemetery is the only part of the old town of Samsonvale which remains.

Many of my friends think it’s the most scenic graveyard around. 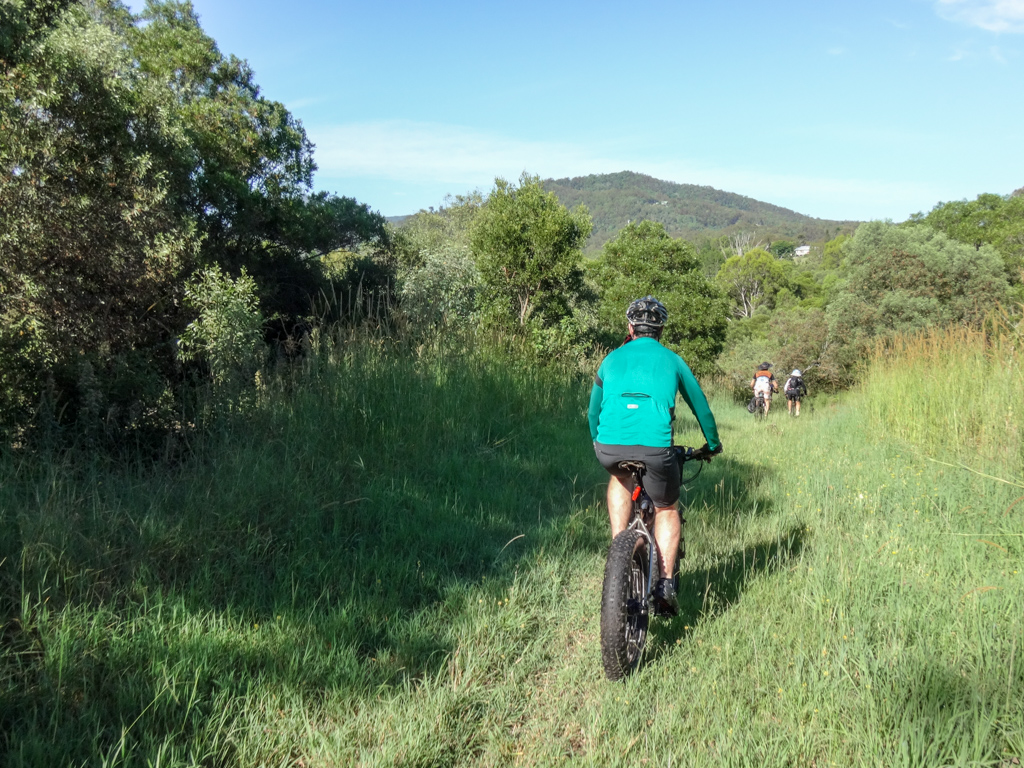 After a quick look around, we left the waterside resting place and its slumbering tenants, and headed back towards the old railway line. 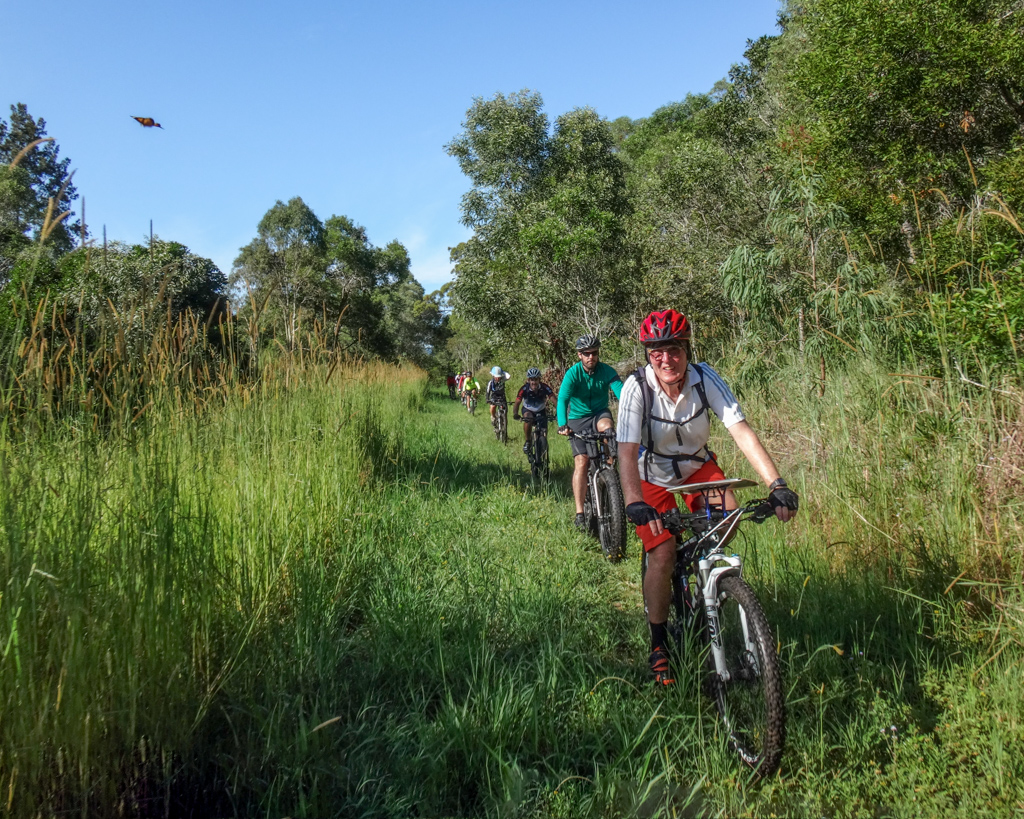 The big advantage of following old railway lines is that the gradients are always gentle. Trains can’t climb steep hills. The only resistance we had was from the grass. 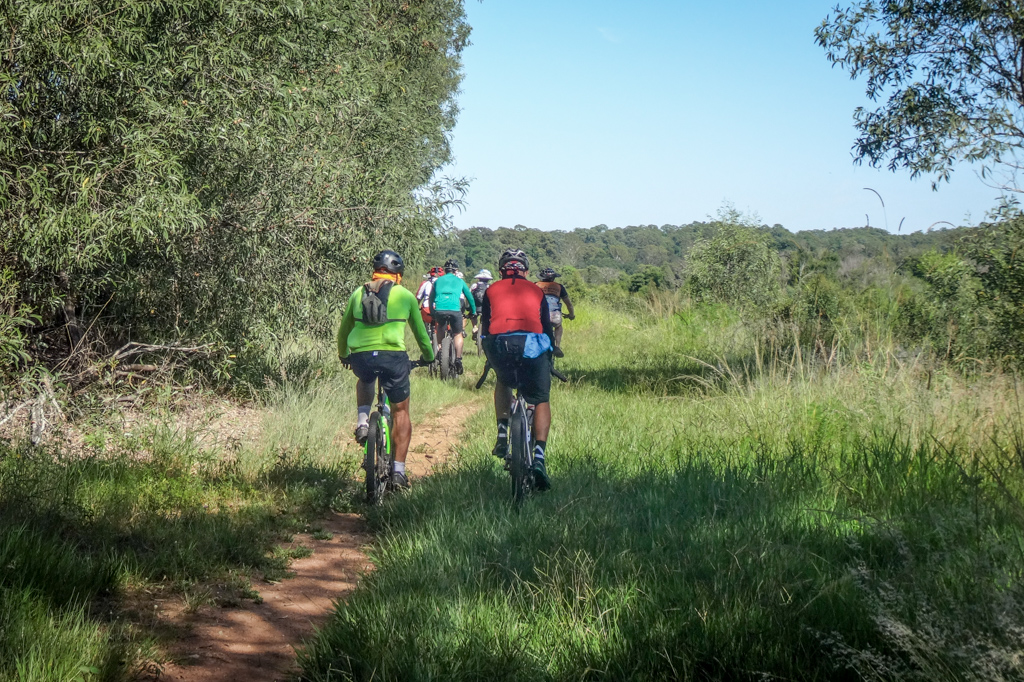 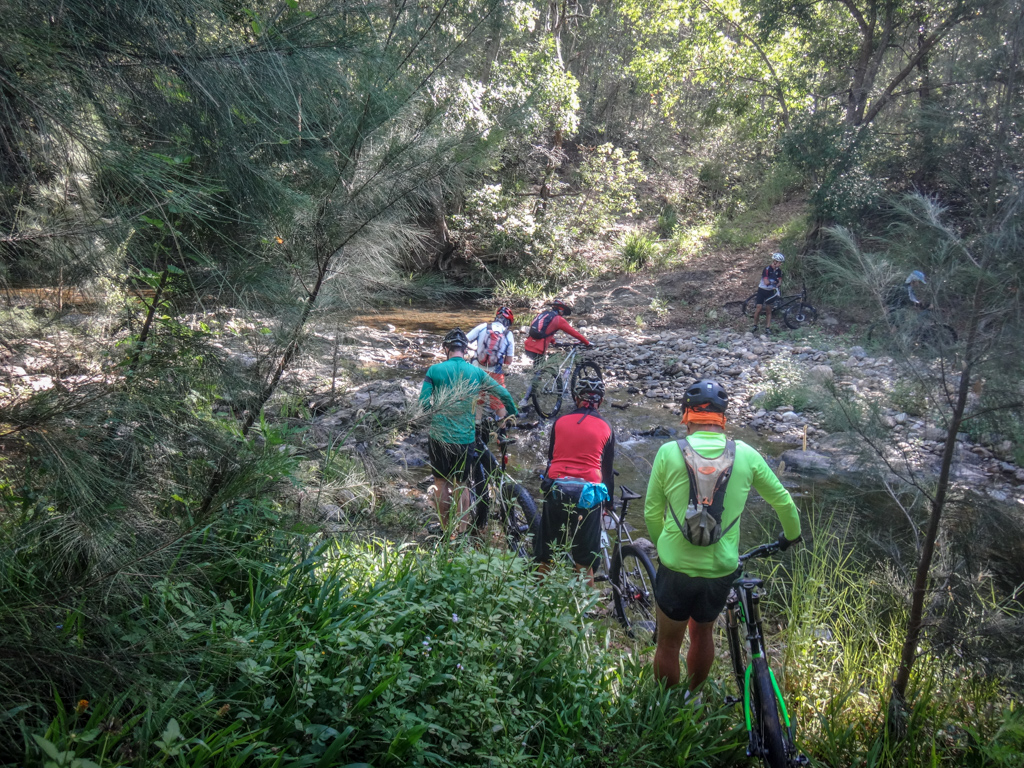 We eventually dropped down the hill from the railway line towards Kobble Creek.

What a beautiful shady spot!

We waded across, parked the bikes…. 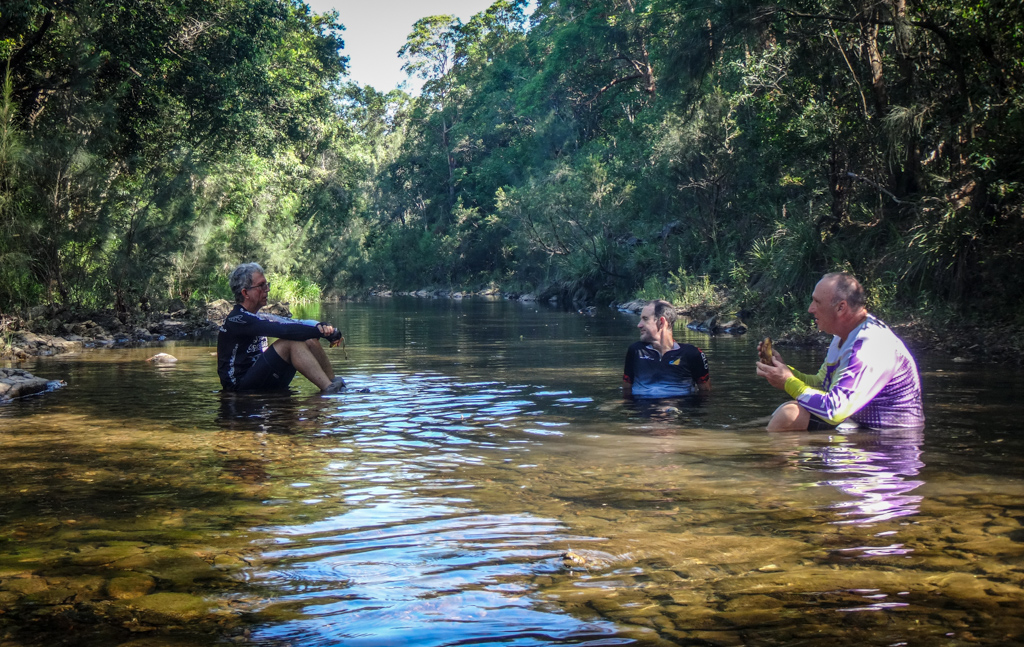 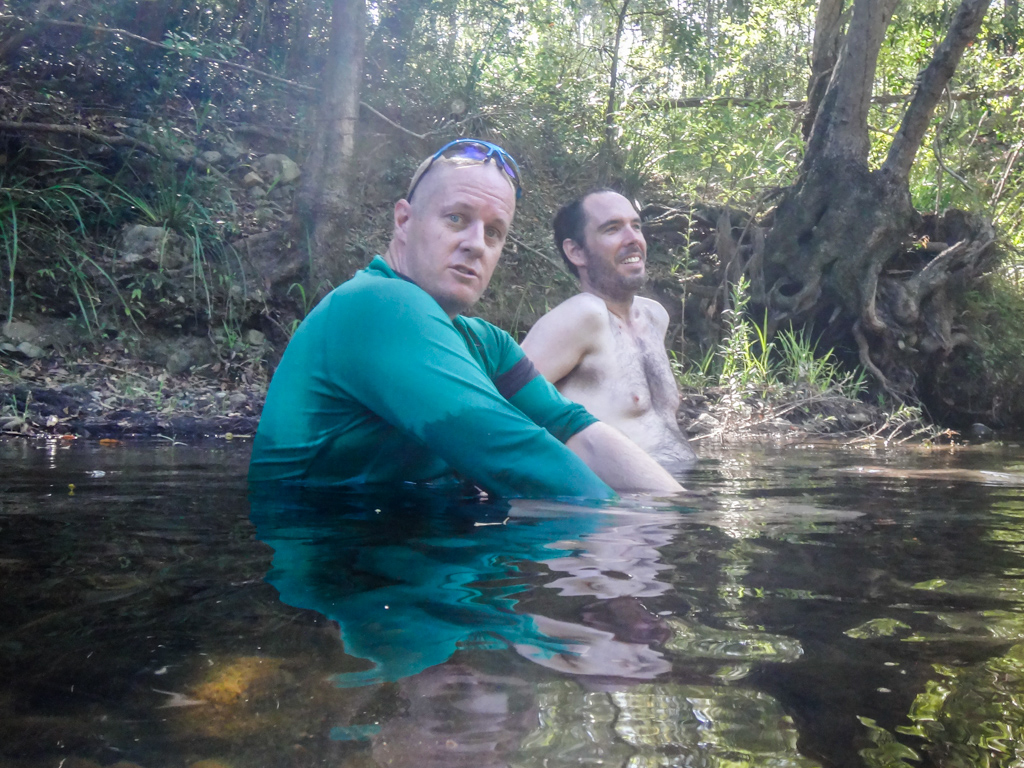 Some of us stripped down to our shorts, others kept on their clothes – including shoes, and just splashed around. 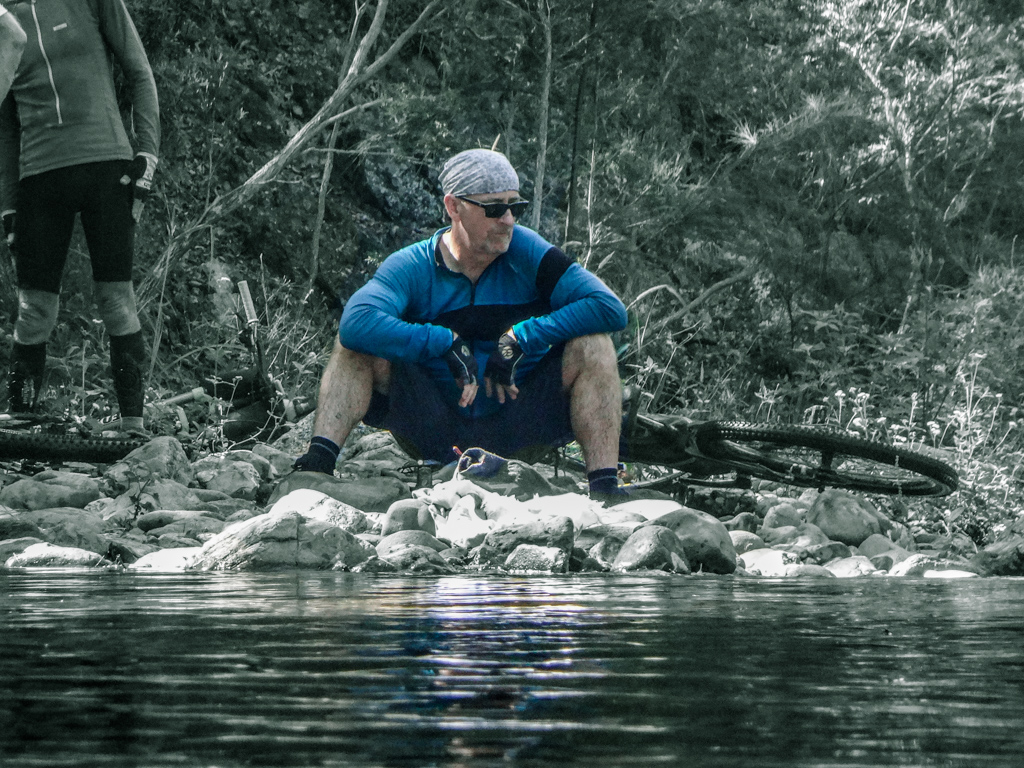 We could have sat here all day.

But – we wanted to explore, so we dried off, got dressed and started pedalling again. 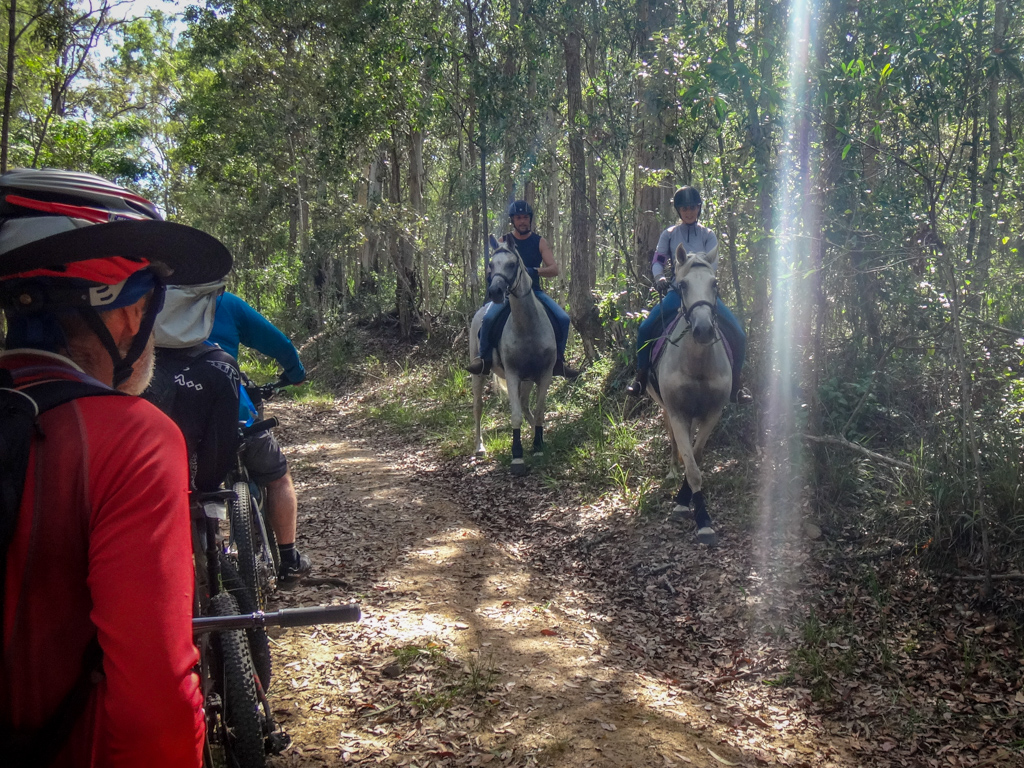 We passed some people riding strange nervous-looking furry bikes, and gave them a wide berth. 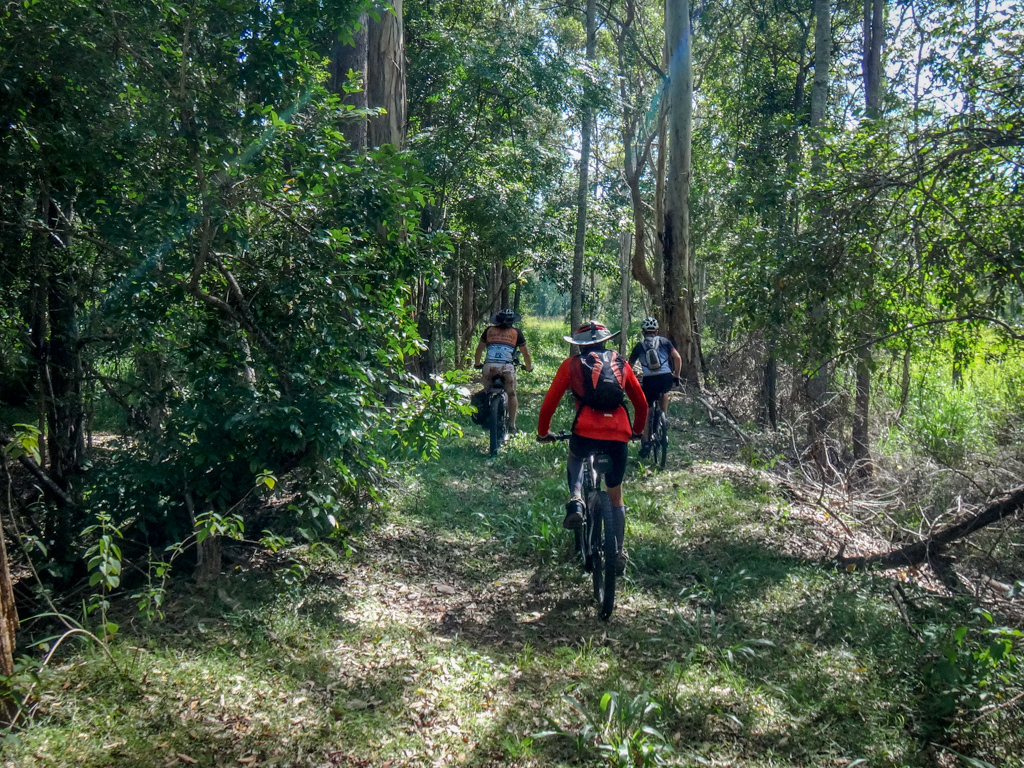 We rode past an old irrigation dam.

I first visited this place about eight years ago with Simon.

One hundred and fifty years ago, all this land was part of “The Samsonvale Run” – a large portion of land owned by the Joyner Family. They built their home, “Aust House” not far from here in 1865. 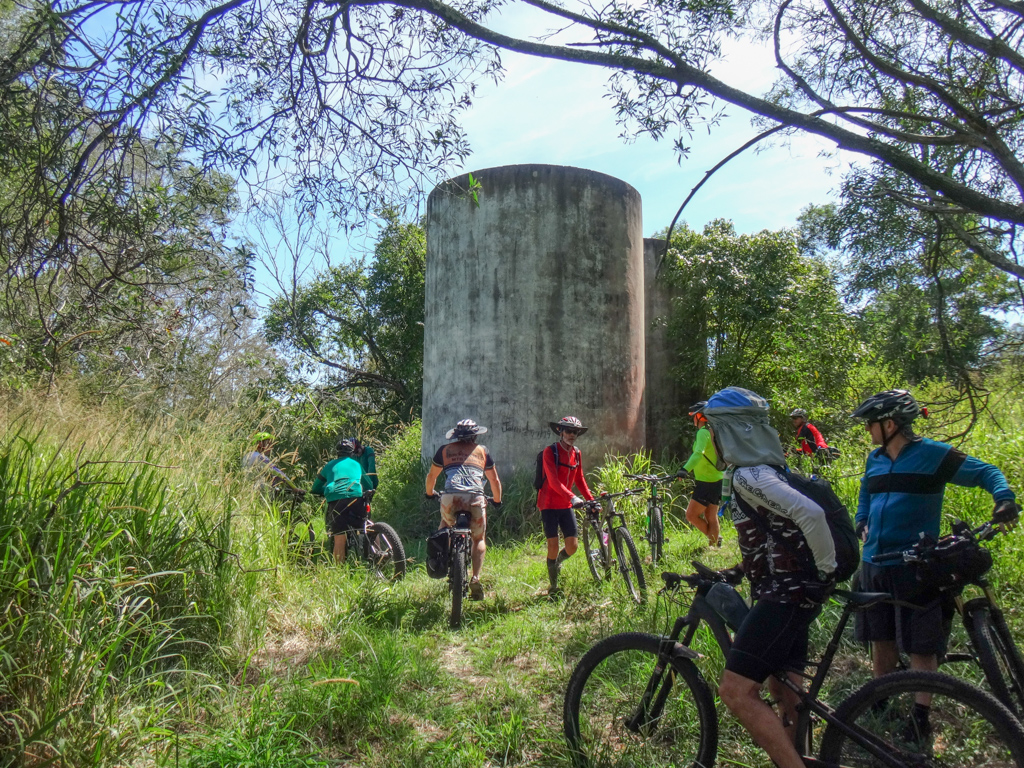 I love these old hints of earlier times. Before the dam was built in the early 1970’s, the government acquired the surrounding farmland, stopping most agricultural activity. They removed most of the houses on the land, but hints from previous owners persist. An old silo, a strange concrete slab, an out-of-place domestic garden, or a patch of bitumen in the middle of eucalyptus scrub. They’re like echoes of the past reminding us of another era. 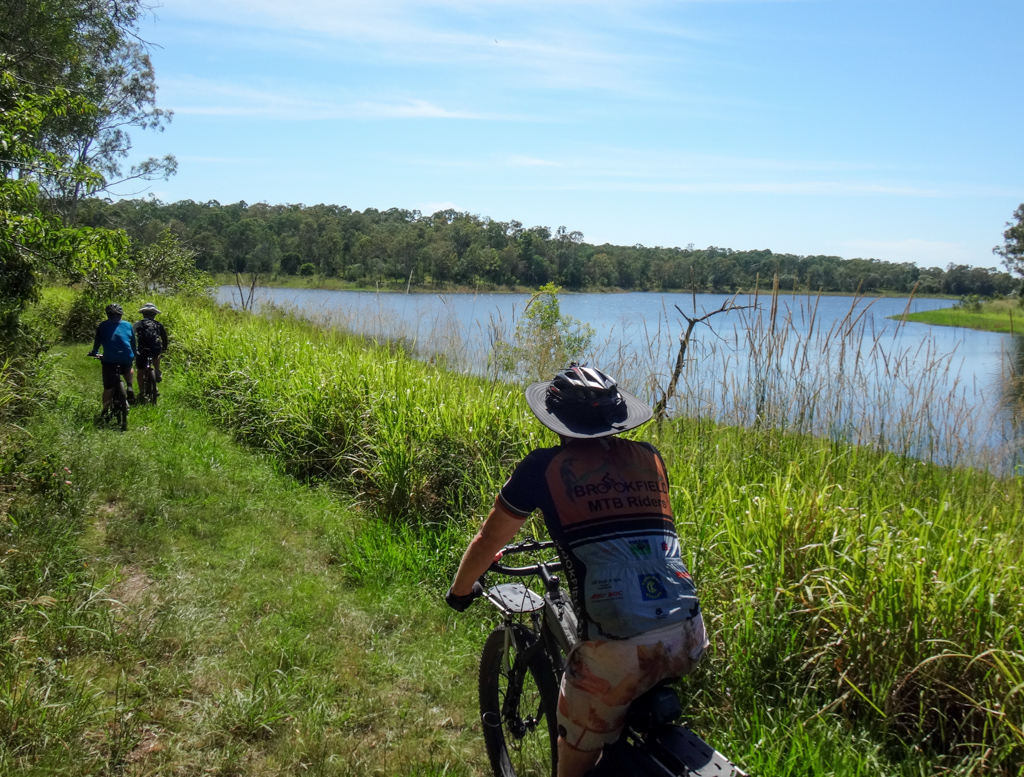 We continued our journey along the shoreline. 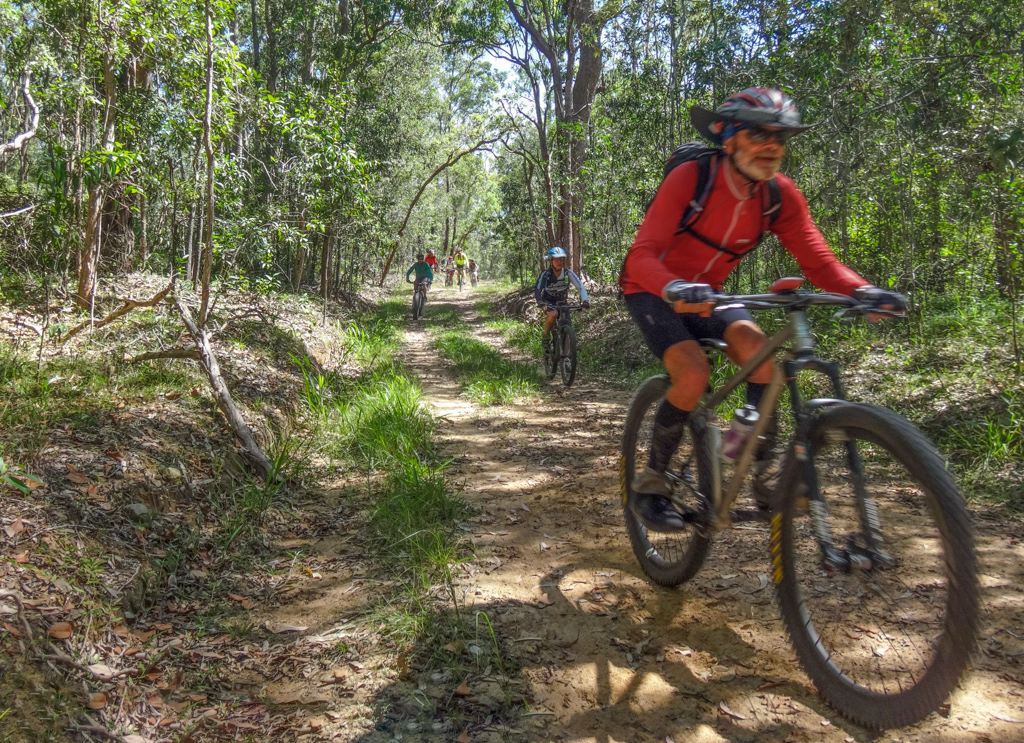 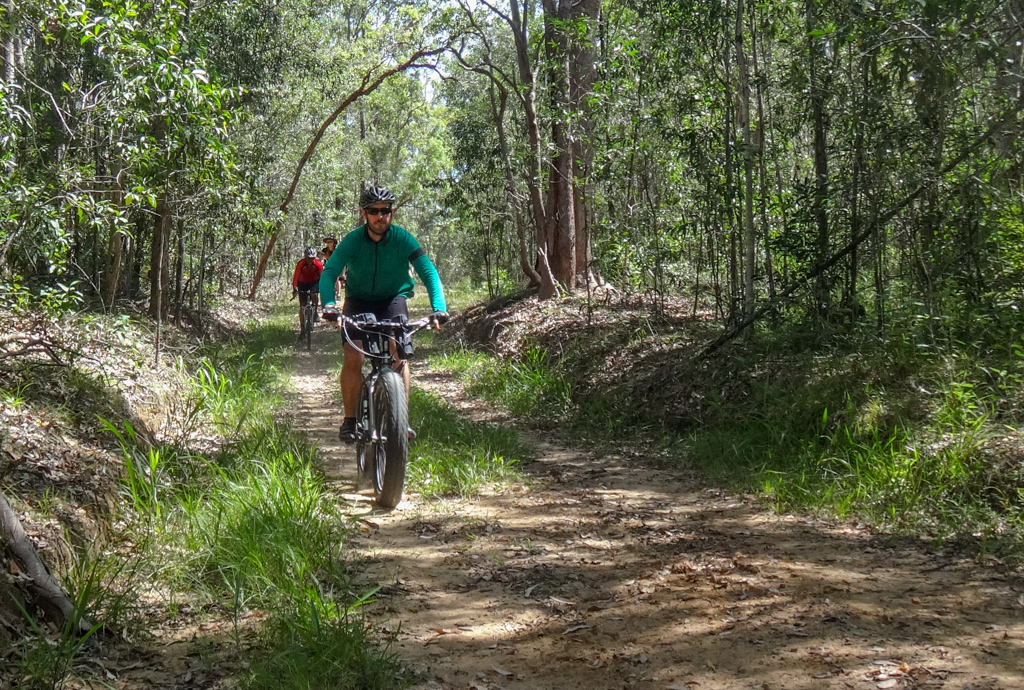 The sun climbed higher in the sky. The day grew warmer. 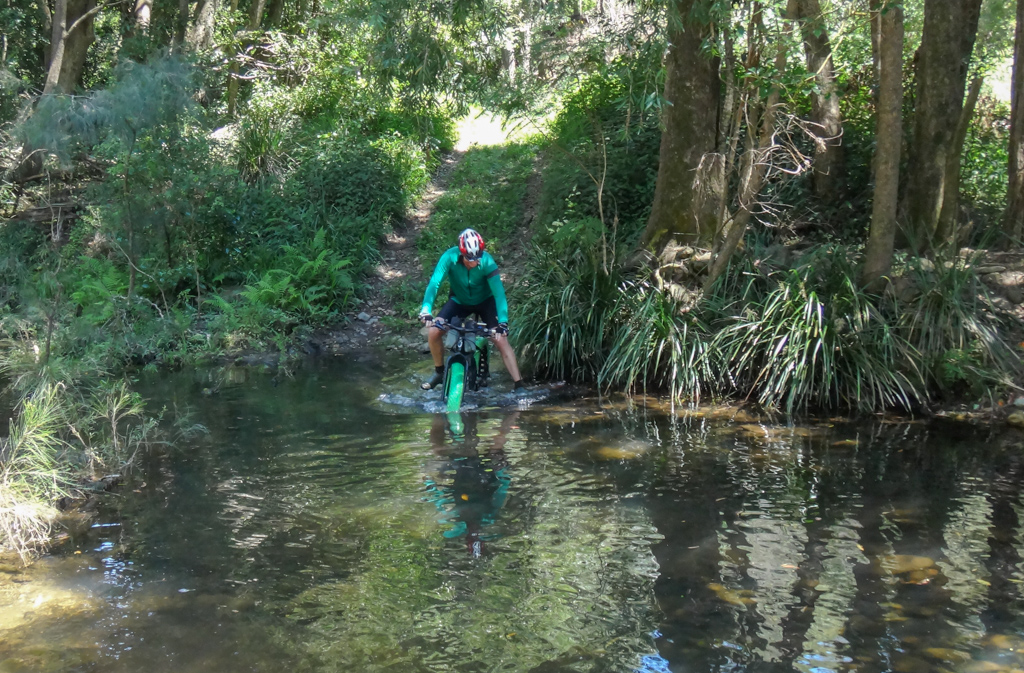 At the next deep creek crossing we decided to indulge in a second swim. 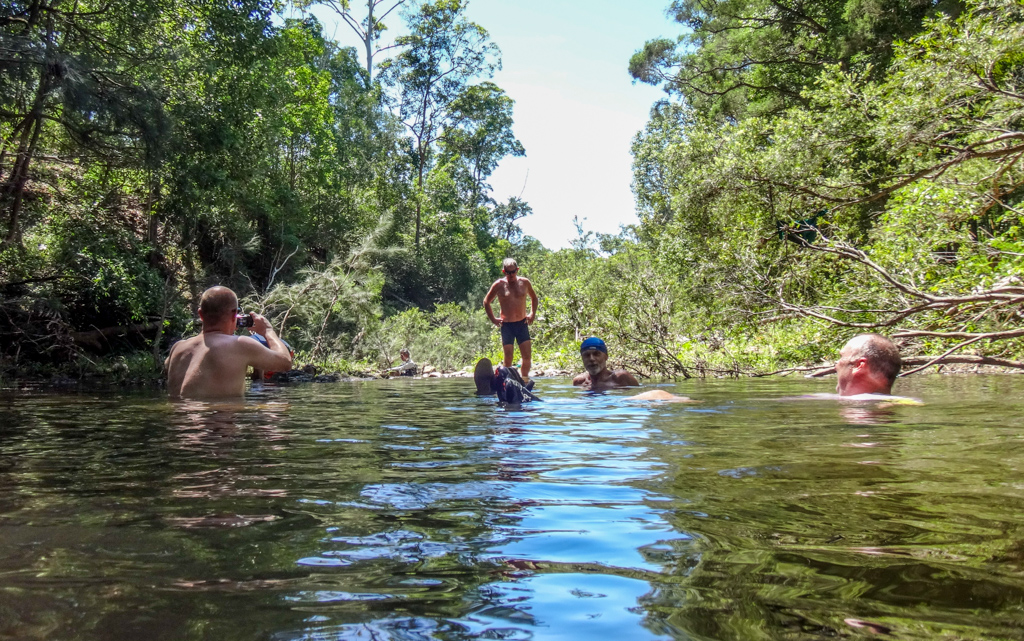 This one was even better than the first. 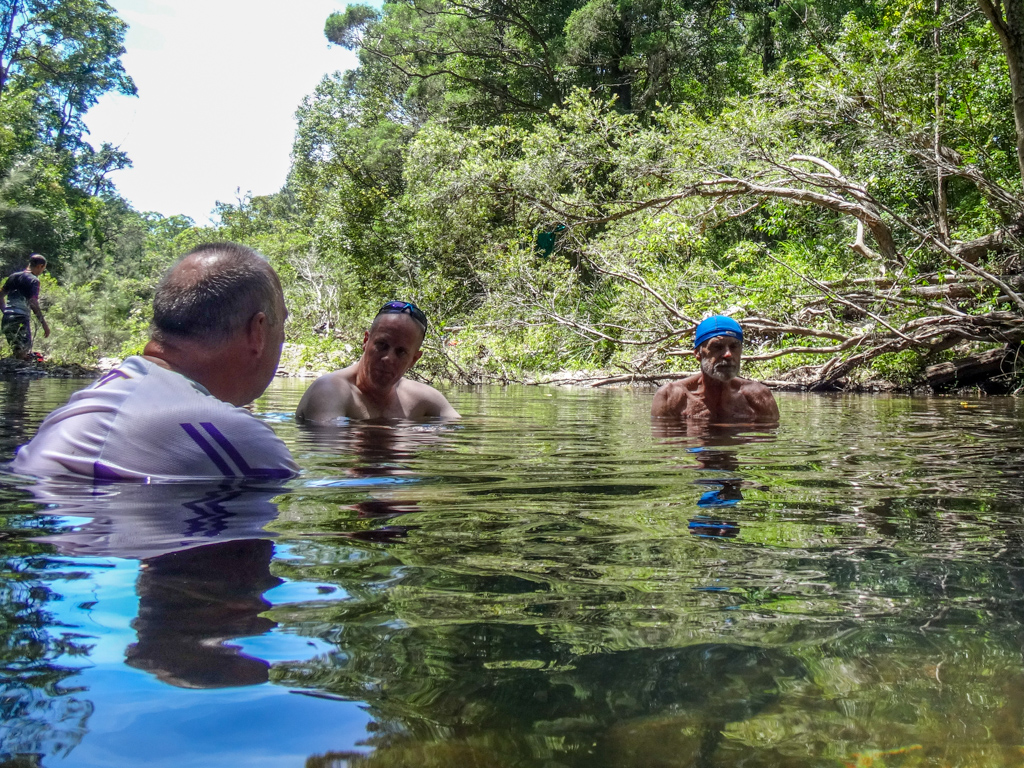 We sat and talked, cooling off in the fresh water. 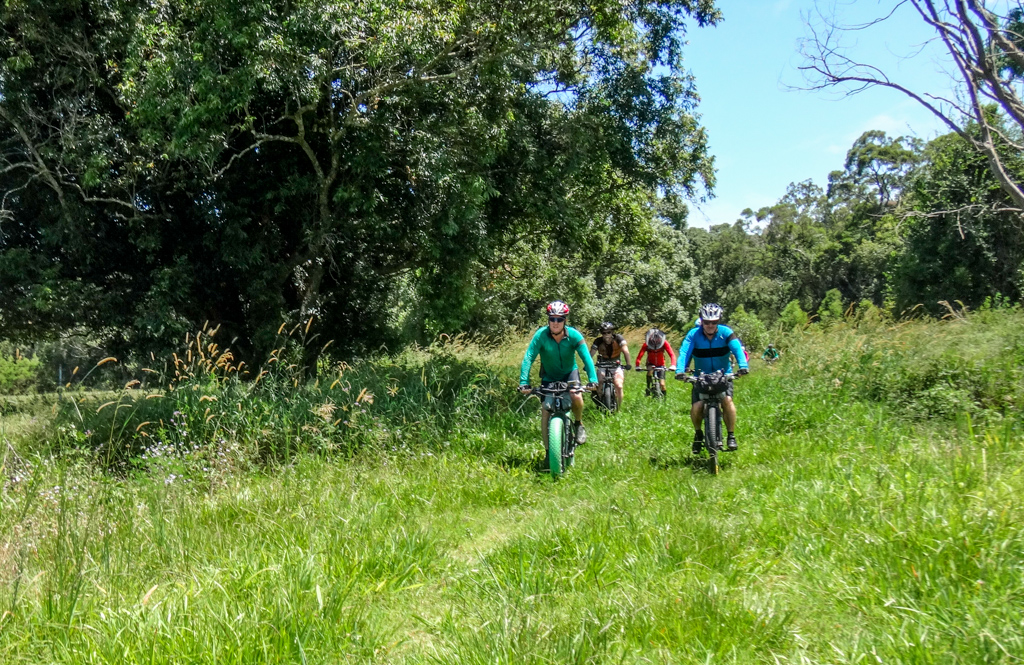 Refreshed again, we jumped back on the bikes and continued our ride… 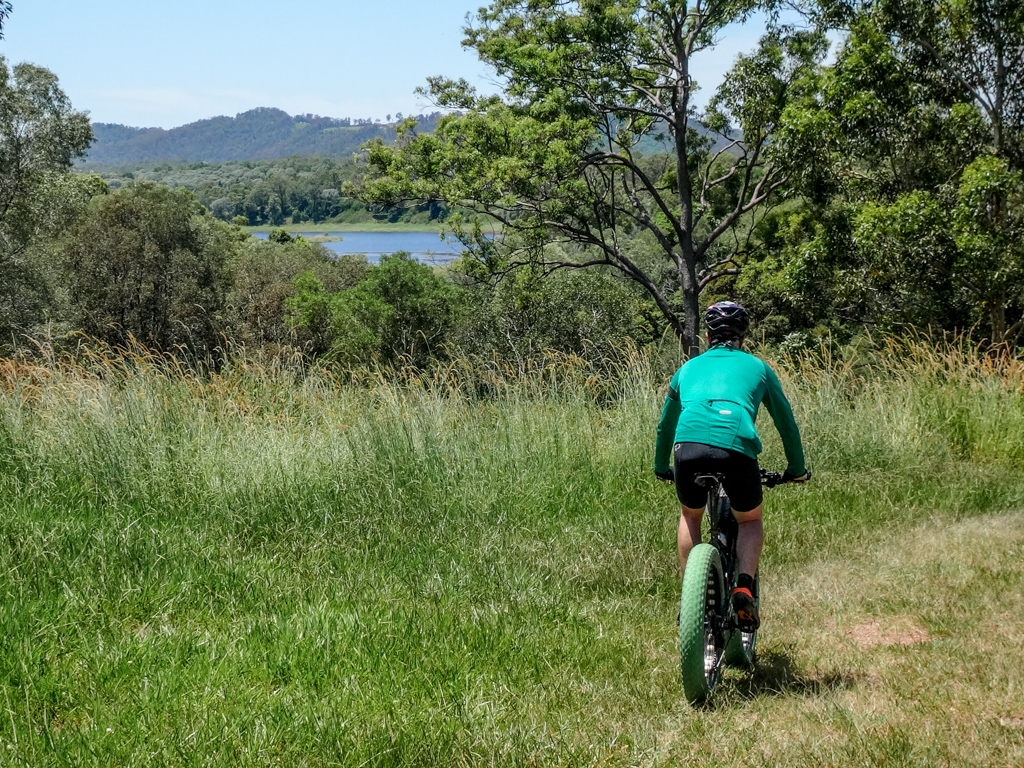 …following the shoreline back towards our starting point.

Here’s Adam’s video of the day.

We rode less than twenty-five kilometres in four hours.

This is an easy ride with few hills, perfect for a hot mid-summer day.

Thanks Craig, for sharing some of your recently discovered tracks with us.

And thanks, everyone, for another fun day out. 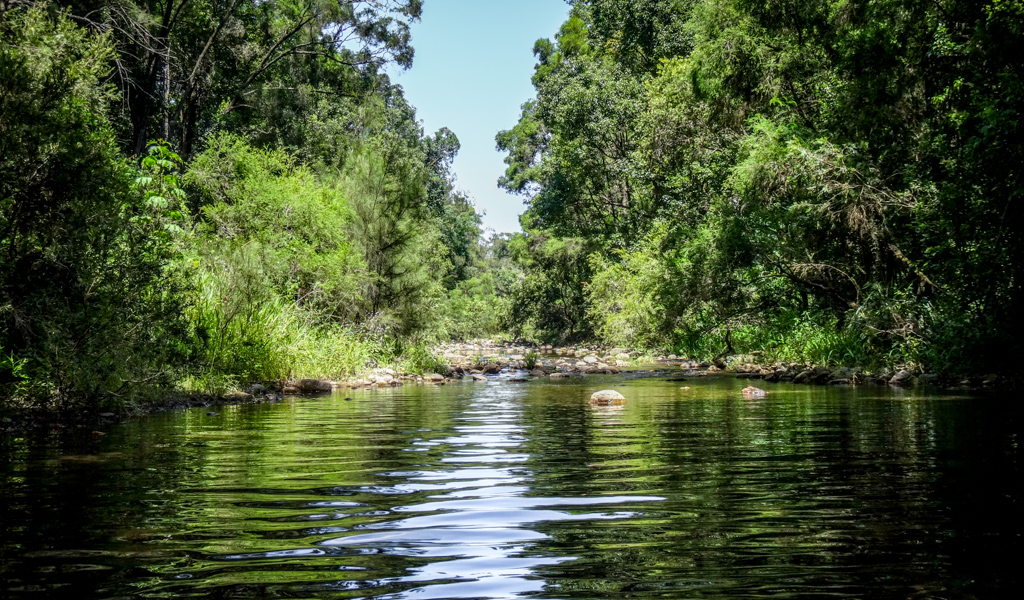