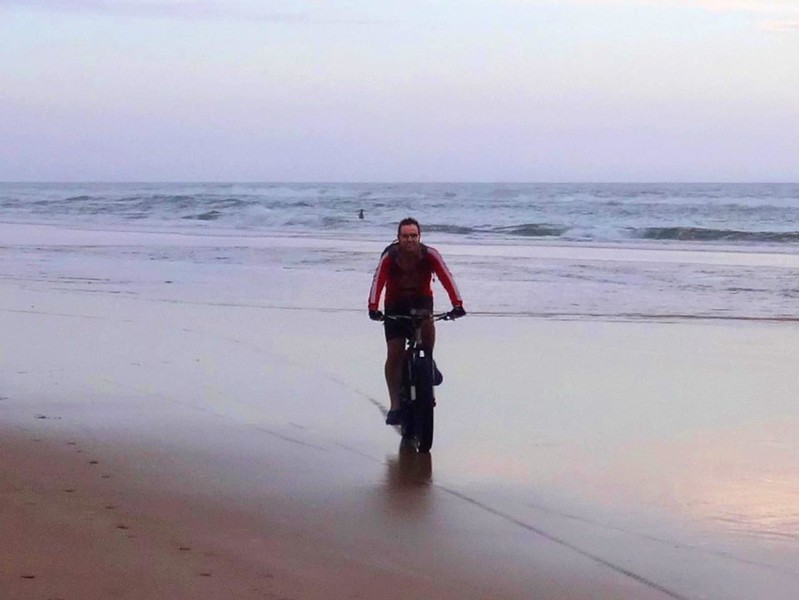 My friend, Murray, kindly let me borrow his fat bike for a few days while we stayed at Coolum Beach.

I had a wonderful time exploring the beach as far as I could go in either direction.


My first outing was on the beach at dusk. What an amazing experience! No hot sun to worry about, cool breezes, the ocean sighing in the background. I broke into a grin from ear to ear and decided to get all gushy and make a video about it.

Like the mad man in the movie says – you don’t have to worry about anything. I felt like I left my cares on the edge of the beach as I rolled along the sand. 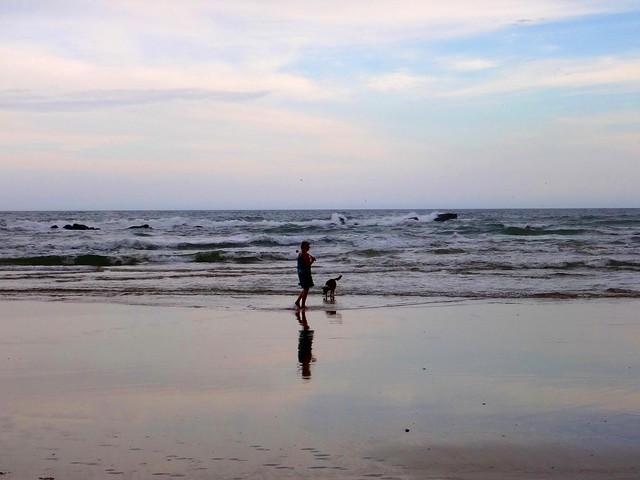 There’s something magic about being on a secluded beach late in the afternoon. Everyone seems content, “in the moment”, just enjoying their time by the water. 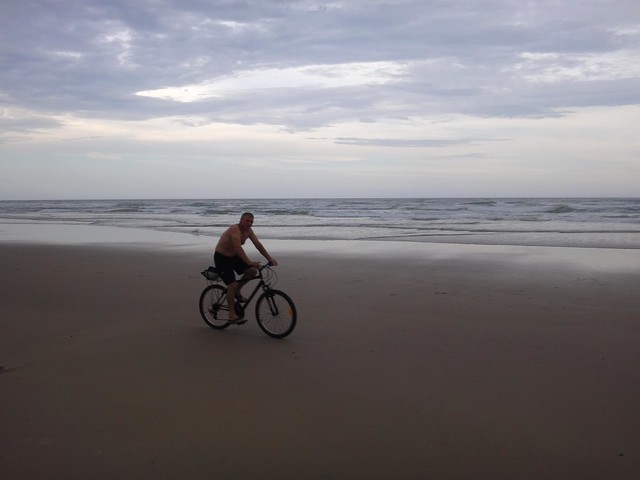 I smiled at everyone I passed. Most of them smiled back. 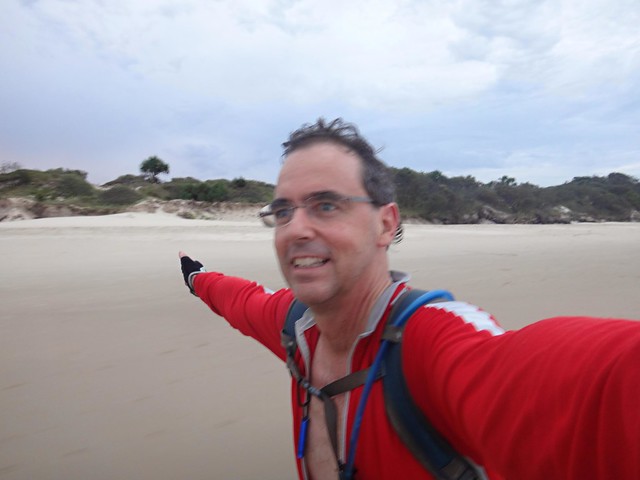 When I had the entire beach to myself, I just took my hands off the bars, went “no hands” and pretended I was flying. I’m sure if anyone saw me they would have thought I was mad. 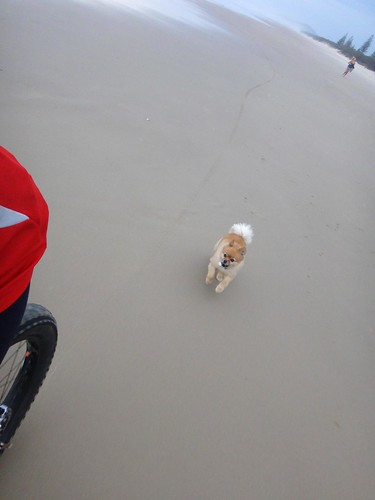 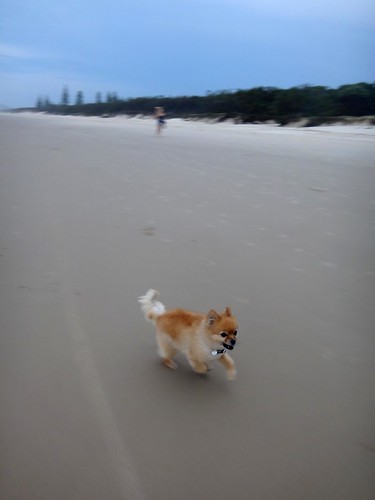 One little dog thought I was having too much fun and started angrily chasing me. I took a few pics of the little monster before slowing turning in a half circle to lead the unwitting beast back to its master. 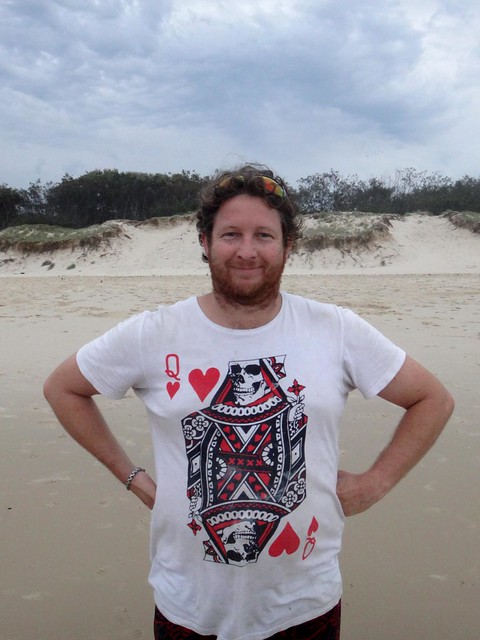 I rolled up to Andy and asked if he would take a few photos of me. He didn’t know me from a bar of soap, but he kindly obliged. 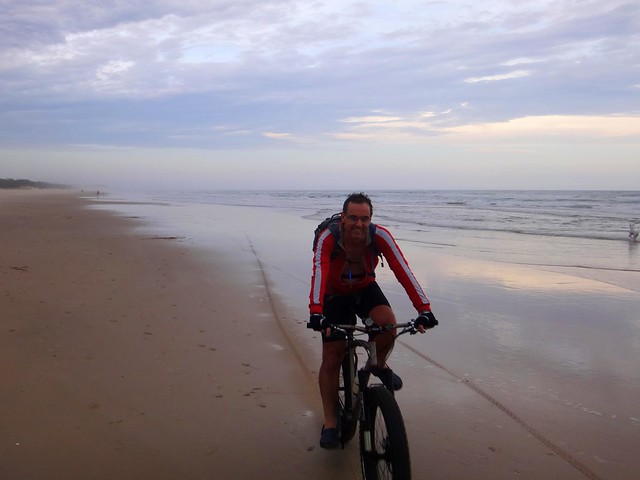 Thanks for the pic, Andy! 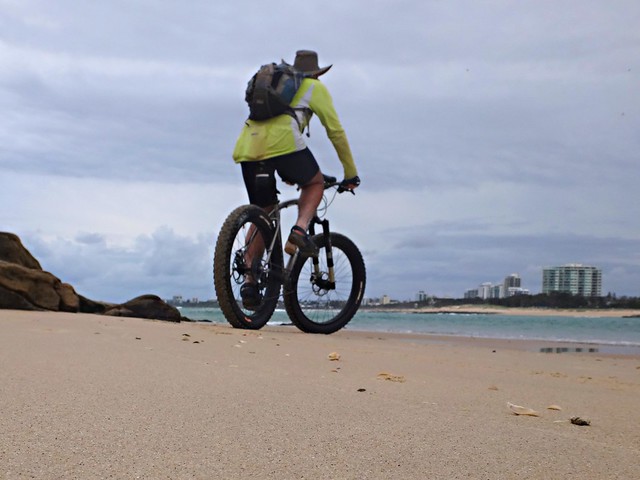 The next day I took Murray’s advice and followed the beach from Coolum as far south as I could go to the mouth of the Maroochy River. 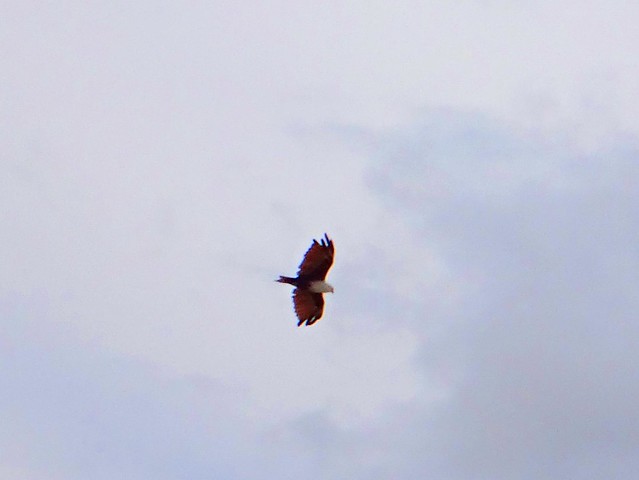 Some of the birdlife was spectacular… 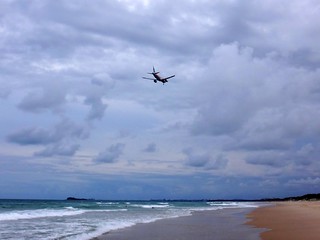 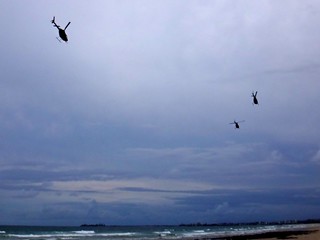 Some of the birdlife was intimidating 🙂 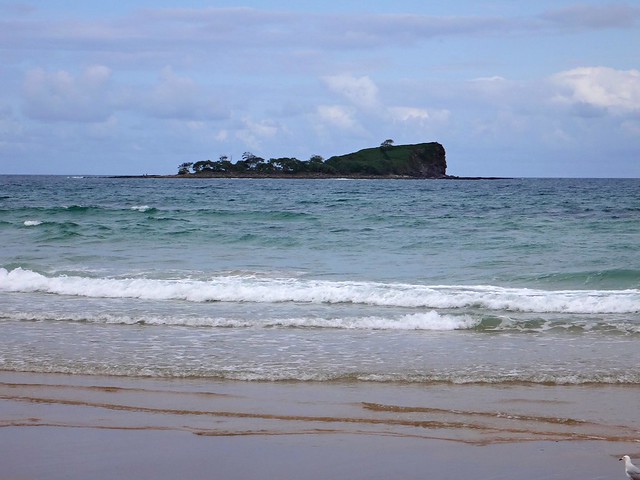 Mudjimba Island seemed to follow me on my left as I rode down the beach, like an archetypal sperm whale. 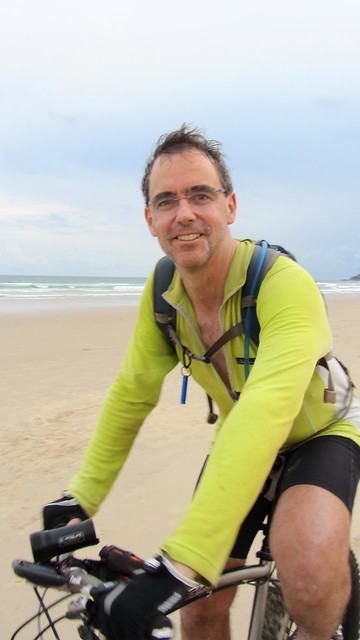 Liz and the kids agreed to meet me on the beach in the early evening. After riding back from the Maroochy River, I explored the beach north of Coolum before riding back to meet the family.

Liz called me five minutes before the designated time.

“Where are you?” she asked.

“I’ll turn on my headlight so you can see me”, I replied.

They were able to see me in the distance while I was 2 or 3 km away.

Those lights of yours are pretty bright, Murray! 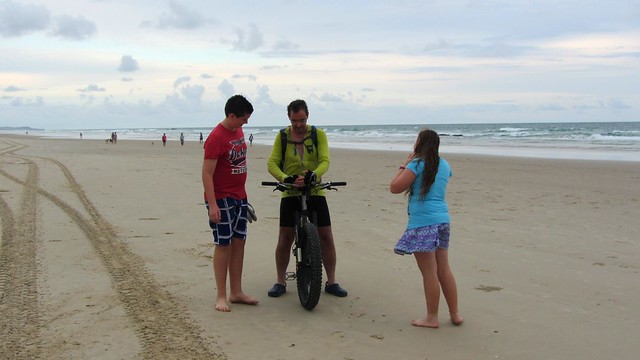 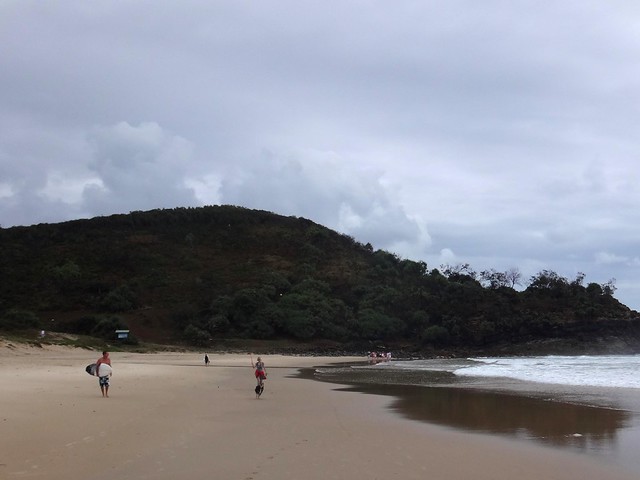 Early next morning, on our final day, I rode as far north as I could along the beach to the headland at Noosa National Park. 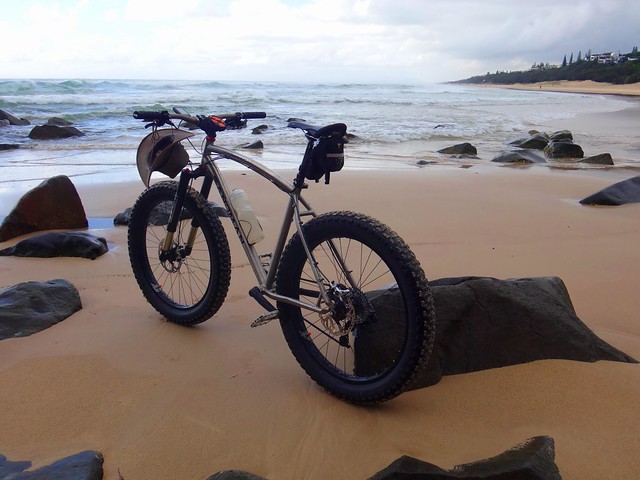 I took a pic of Murray’s bike instead.

It’s a Sandman “Hogar Ti”, with a titanium frame and 4 inch tyres.

It has a single chain-ring with an eleven speed casette on the rear.

It’s surprisingly light for such a big bike, and handles the soft beach sand beautifully. 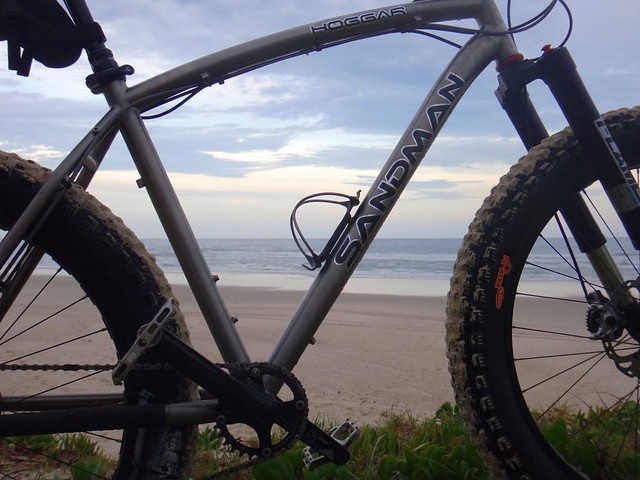 Thanks, Murray, for your generosity to me during our stay at Coolum.

For anyone wanting to try either of these rides, assuming favorable winds and tides it takes about an hour to ride south from Coolum down the beach to the Maroochy River mouth. Add another hour to get back. You’ll have to follow bike paths to get around Point Arkwright.

Similarly it takes about an hour to ride from Coolum north along the beach to Noosa, and another hour to get back.