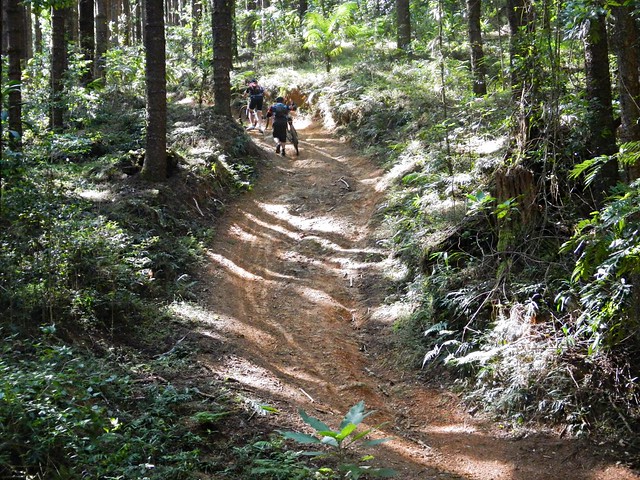 My friends and I had some “Unfinished Business” in Conondale National Park.

Last time we rode here, we took a wrong turn and ended up a long way from where we intended. Today we wanted to correct that mistake.

My personal goal today was much simpler – I wanted to fill in a missing link in my Ride Network Map between Charlie Moreland Camp Ground and Kenilworth which would make my map stretch unbroken from the Coast westward to Maidenwell in the South Burnett.

Unbeknownst to all of us, our intended route would take us through some of the toughest country we’ve ridden, including a nasty monster of a hill which Paul dubbed “The Devils Staircase”.

To add to the fun, we were following a “point to point” route which meant that I’d have to drive back up into the mountains at the end of the day to pick up the other car. 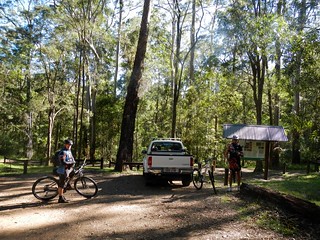 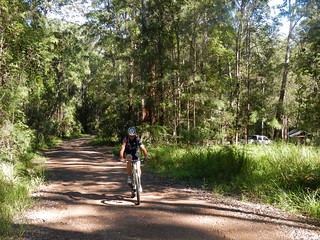 We started the ride at the Booloumba Falls car park. This is a beautiful spot for a swim in the heat of Summer, but at almost 600 metres above sea level, it’s freezing in late autumn. 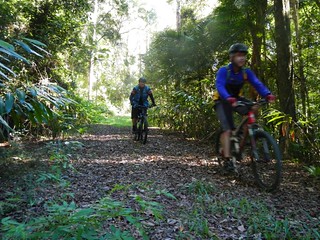 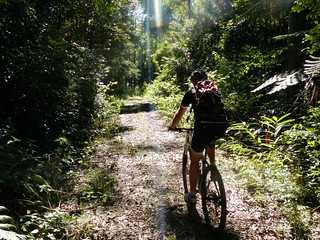 Instead of following the busy dirt road back down the mountain, we took a short cut along a quiet fire management road. It was a bit overgrown, and rougher than the road, but it was delightful to crunch over the dry leaves and brush past the ferns and native ginger while Bellbirds rang out in the trees. With the crisp cool breeze sighing in the tree tops, this was a perfect day to be on the bike. 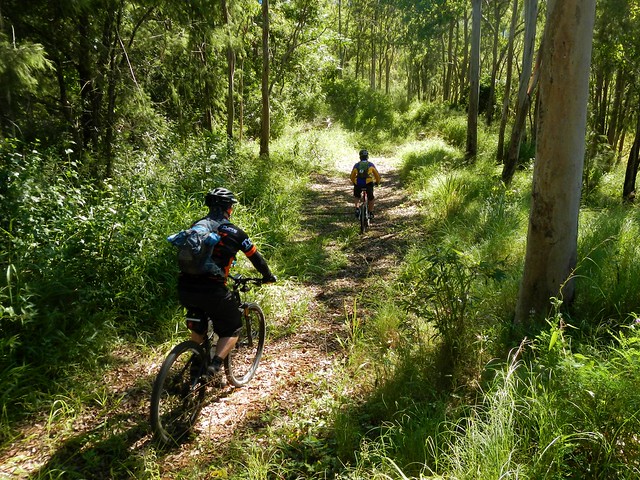 As with many trails in this mountain range, we knew we were up high, and we could get tantalizing glimpes of the view through the trees, but the forest was too thick to see the horizon. So we gave up on trying to get a panoramic view, and instead, enjoyed the steep descent down the mountain. 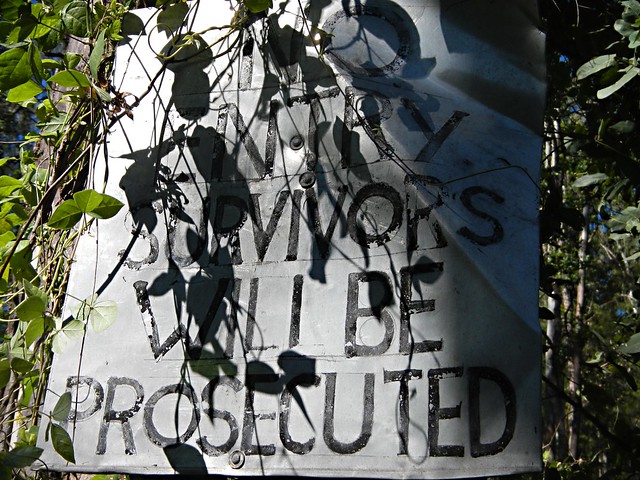 We followed a ridge line as we descended. Impossibly steep tracks dropped off on either side. It would have been crazy to follow them. One precarious looking track had a warning. “No Entry. Survivors Will Be Prosecuted”. I think the land owner was telling us this was a suicidal track – even if we did survive it, we’d have to contend with his lawyers afterwards.

So we stuck to the main track instead 🙂 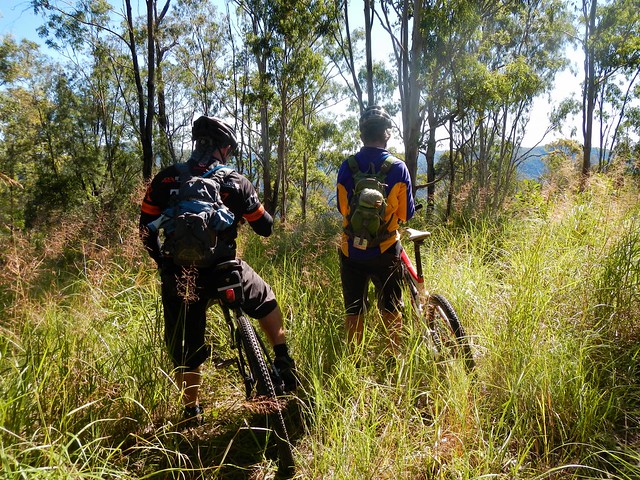 As we progressed down the hill, the overgrowth became thicker…. 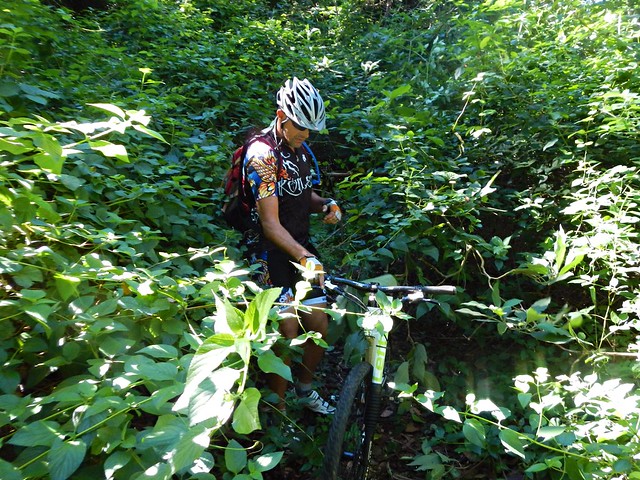 Eventually we were surrounded by Lantana. This horrible weed grows thickly and has prickly stems. As you brush by, it can cut your skin and tear your clothes. Crashing through it on bikes, we were asking for some punishment. 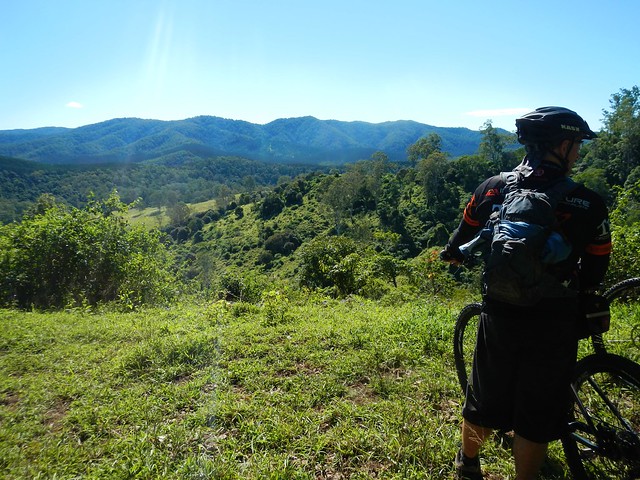 Eventually the lantana thickets cleared, and we enjoyed a delightful view of the mountain tops in the distance. 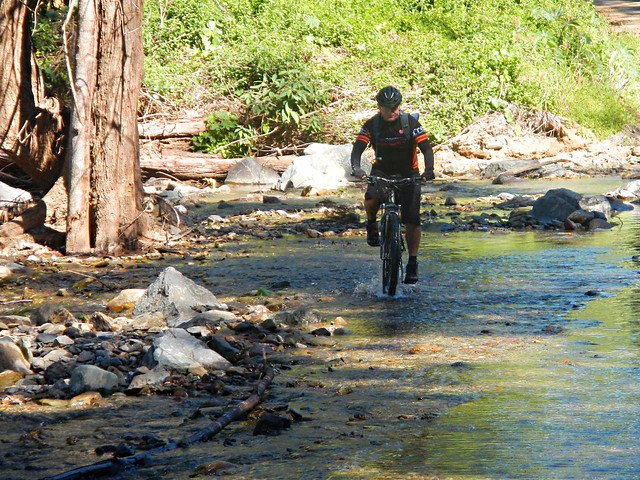 After crashing through some more lantana on the steep hillside, we finally made it down to Booloumba Creek Road. I was delighted to be back on flat ground, even if it meant splashing through a few cold creek crossings. The creek crosses the road a few times, so its inevitable that we would get wet feet.

Our first objective was complete. 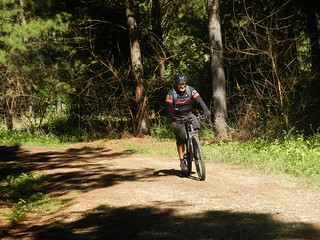 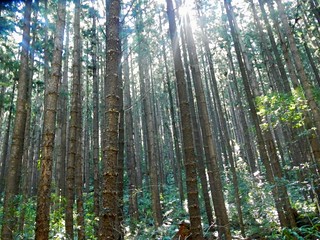 The next leg of the ride was through some hoop pine forest to the north, towards Kenilworth. I assured the guys that even tough the terrain was very steep, I had chosen some trails that I thought would have kinder gradients and would be easier to ride. 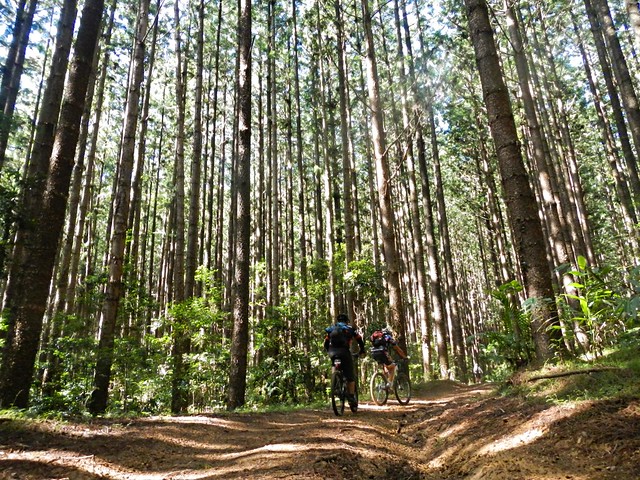 We discovered “The Devils Staircase”. It started out quite steeply… 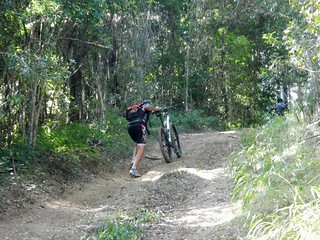 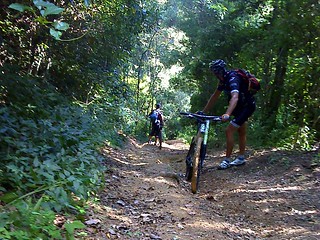 It got even steeper….

And by the time I had dragged my bike to the top I was exhausted. 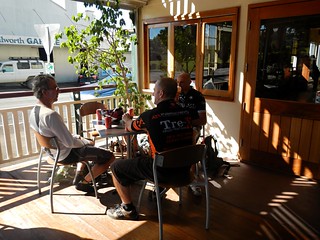 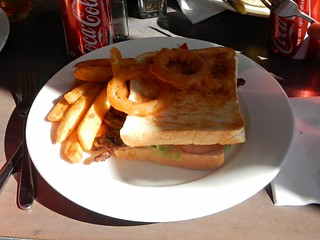 … where our lunch awaited us 🙂 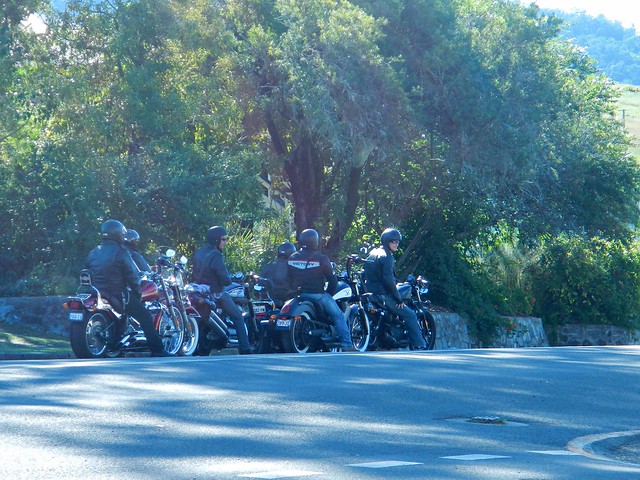 It was a tough ride through some rough country. I rate it 9 out of 10 on the tough-o-meter.

Thanks Eric, Tony and Paul for a great ride.

4 Replies to “The Devils Staircase”