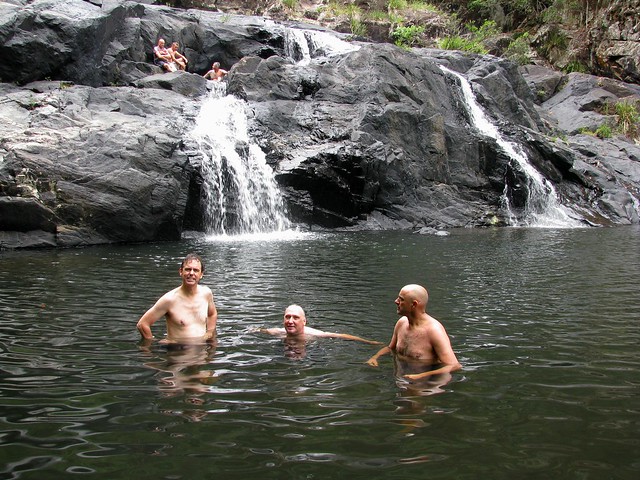 Booloumba Falls is a beautiful place in the state forest near Kenilworth, about 90 minutes drive north-west of Brisbane in the Conondale Ranges. Today I visited there with seven friends from MTBDirt.com as part of a ride organized by Eric. 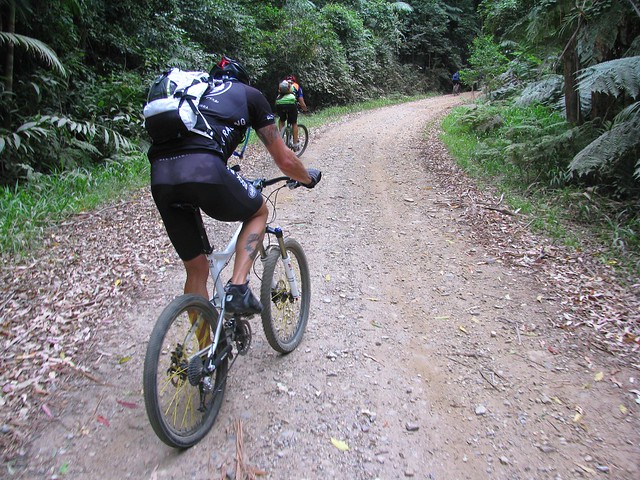 We started the ride from Charlie Moreland Camping Ground, near Cambroon, and immediately started a long 12km climb which lifted us about 500m into the state forest. 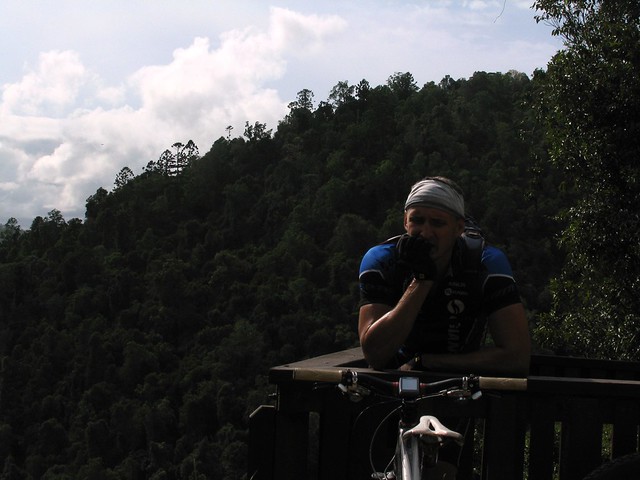 Because we had people of variety of different abilities in the group, including some seasoned mountain bike racers, we stopped regularly to allow everyone to regroup. This way no one got left behind, and everyone had a fun ride. 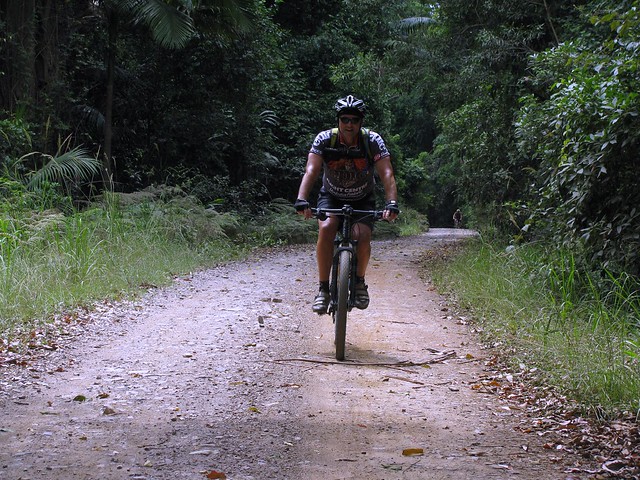 Eric warned us that the initial climb would be a long one, which we were all prepared for. But I don’t think we fully understood what he meant when he talked about a few “negative downhills” which made us work a bit harder as the terrain continued upwards and downwards as we rode along the ridgeline of the range. 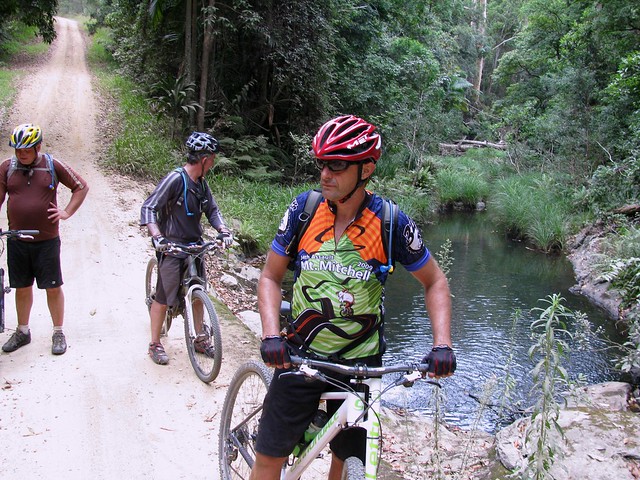 We had to cross creeks half a dozen times or more. Some of them were over causeways like this one, but some were wet fords which meant we had to keep our wits about us to make sure we didn’t get our feet wet. 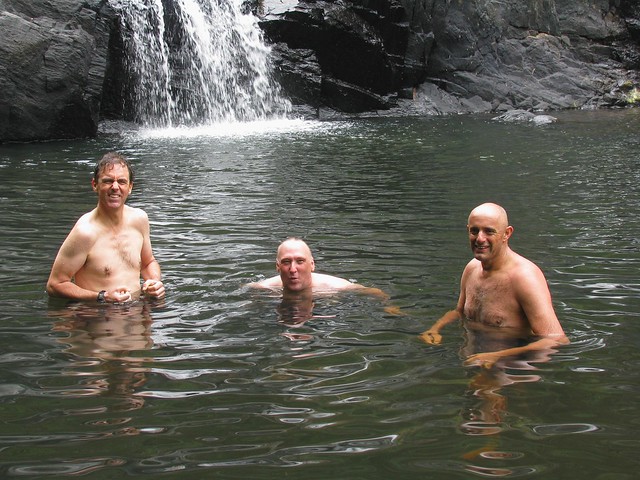 The falls themselves were really enjoyable. We parked our bikes at the top of the hill, trudged a few hundred hot and sweaty metres through the bush, then jumped into a freezing cold pool under a waterfall. 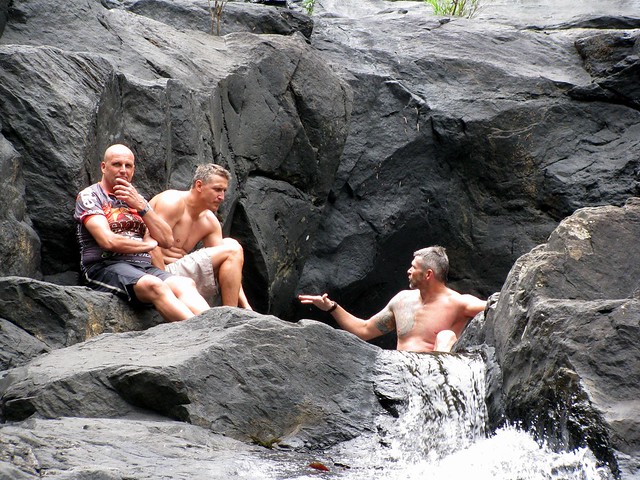 Some of us enjoyed a natural “jacuzzi” made by water splashing in a rock pool above the falls. 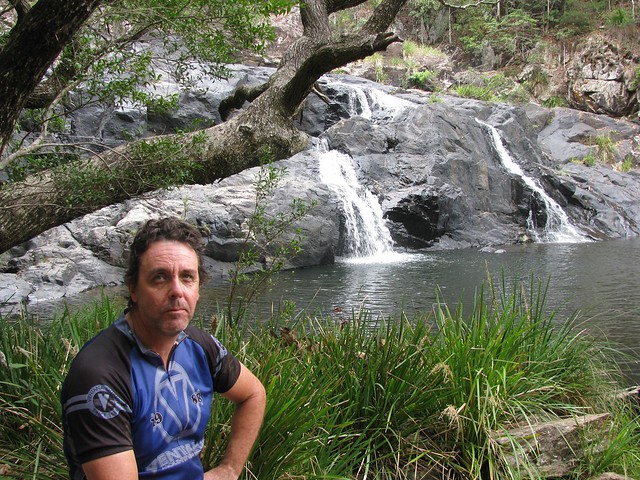 Some of us just chilled out on the edge of the water. 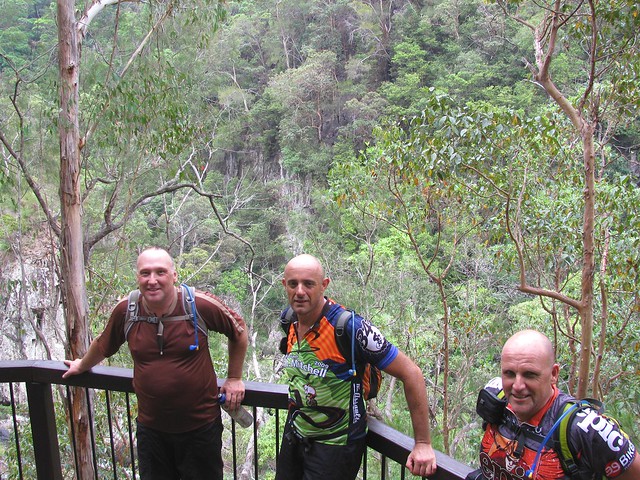 The falls are up quite high (around 600m above sea level), so there are great views of the surrounding mountains. 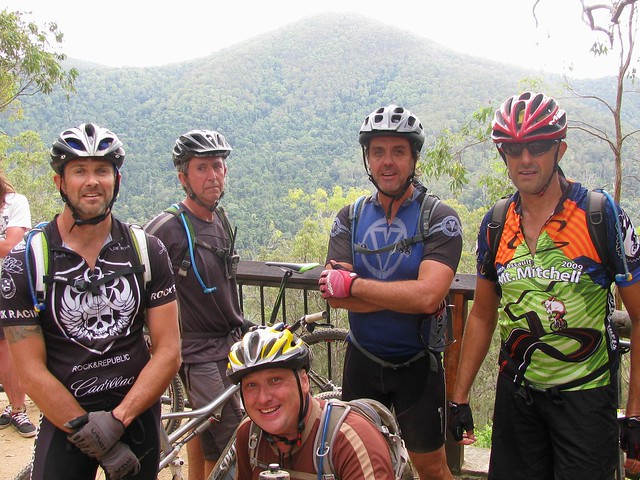 It was a great day, with some really impressive scenery, and fun company. Eric and his wife Bernie looked after us really well, providing a support vehicle, cold drinks, and home cooked food. This was a tough ride, but it was fun because of their care, and the great company of an awesome bunch of friends.

Back to the Source