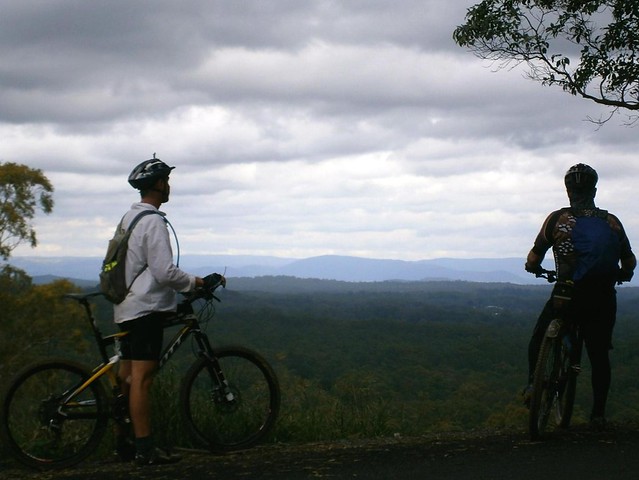 Mount Mellum is a scenic spot up in the hills between Maleny and Landsborough. We rode there today from Beerburrum on our way up to Mooloolah. The aim of the exercise was to find an alternative route from the Glasshouse Mountains to Mooloolah via Peachester so we can eventually organize another Cross Country Group Ride out that way in a few months.

Craig lives in the area, and knows it well because he spends many hours mountain biking through it each week. I met Craig a couple of weeks ago while riding at the Glasshouse Mountains. One of the great things about this sport is the lovely people you meet on the trail.

He kindly offered to show Tony and me around his “back yard”. 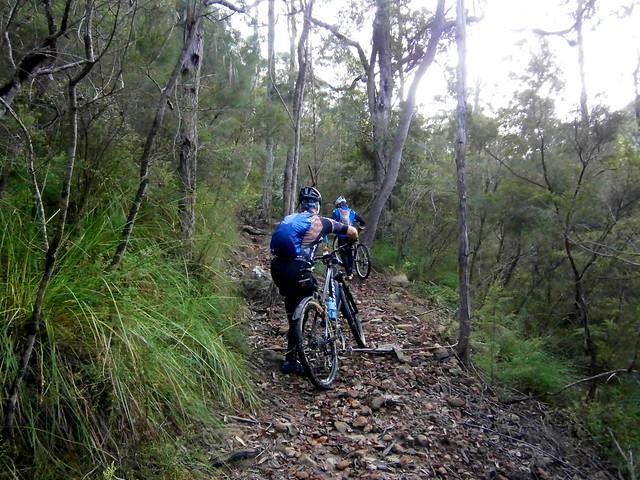 We started the ride with a climb up to the saddle between the twin peaks of Tunbubudla. This was quite rocky and steep in parts so we had to walk some sections. 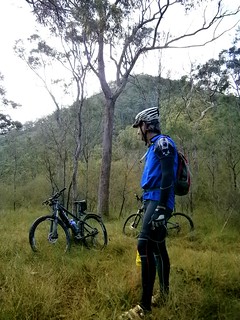 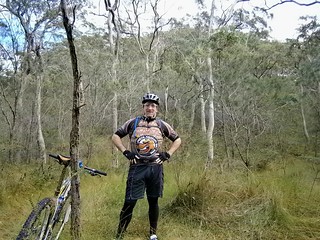 Once we got to the “saddle” between the twin peaks, we have a rest. Since the twin peaks look like a pair of breasts from the distance, we surmised you could call this geological formation a “cleavage” instead of a saddle 🙂 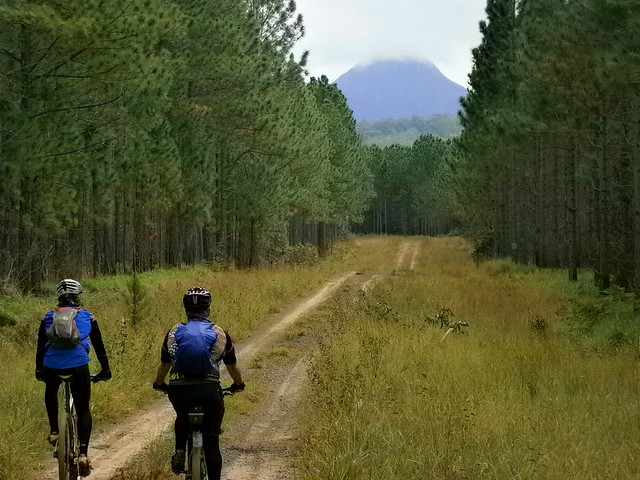 From there we headed north towards the lookout and then to Beerwah. Although the rain threatened to come most of the day, it stayed dry. But the clouds looked fascinating as they shrouded the peak of Mt Beerwah.

At the lookout we met up with Craig’s friend, Gordon, who rode with us to Mooloolah. Gordon had a wonderful quote. He likens mountain biking to “Bushwalking on Wheels” because you get to explore the great outdoors – you just get to cover greater distances than when you walk. 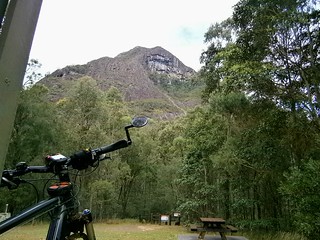 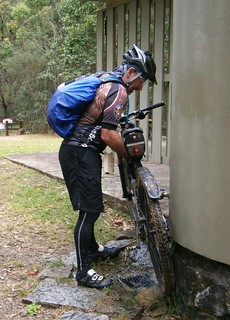 We rode around the northern face of Mt Beerwah. This was a really fun undulating track. The only downside was that the recent rain made the mud and sand stick to the bikes. When we discovered a water tap at the picnic grounds we made sure we used it to wash it all off. 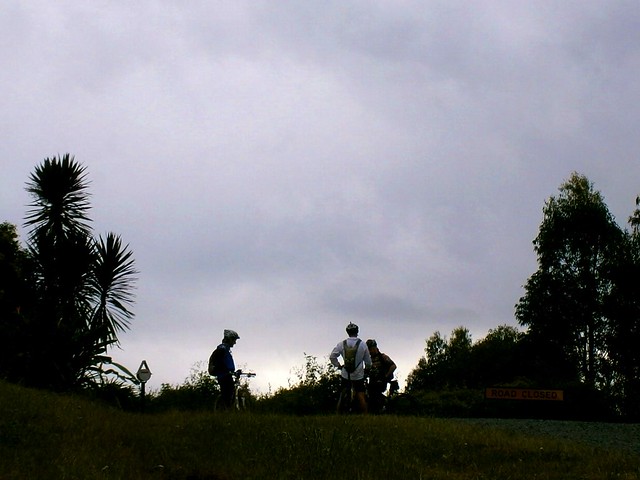 Out the back of Peachester we followed Macdonalds Road. It’s quite steep in places and eventually devolves into a road reserve covered in overgrowth. We found a fun but tricky technical descent down the track, followed by a tough climb up to Mount Mellum.

After enjoying the views at Mount Mellum, we followed Old Landsborough Road down into Dullarcha National Park. This finished in a fun 2 km descent down to the Dullarcha Rail Trail.

From there we followed the bike paths back to Beerburrum.

Some of the views on this ride were amazing. Thank you Craig! We couldn’t have done it without your guidance.