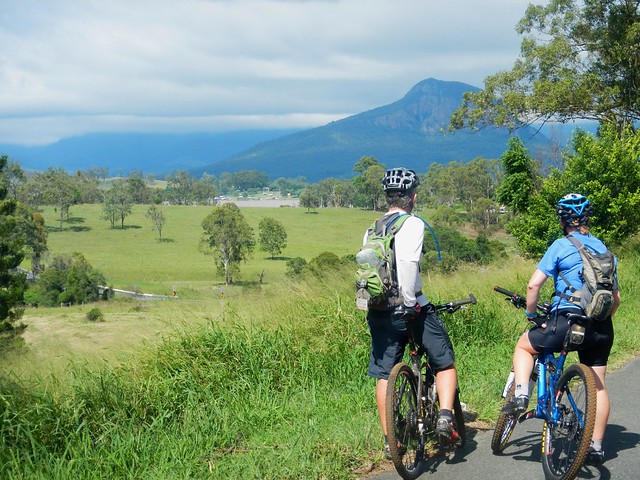 The aim of today’s ride was a reasonably long cross-country ride from the Southern Queensland town of Boonah, to Spicers Gap on the top of the Great Dividing Range and back again. It was challenging but had the benefit of being enjoyable despite recent wet weather. 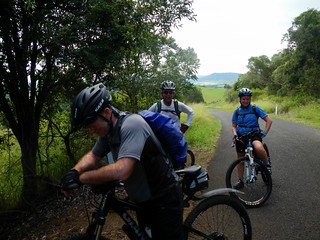 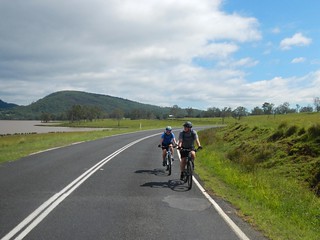 We left Boonah and made our way towards Lake Moogerah via some quiet back-roads. Most of the country around Lake Moogerah is hilly, so we had to work reasobly hard. But it’s worth the effort. The views are amazing! 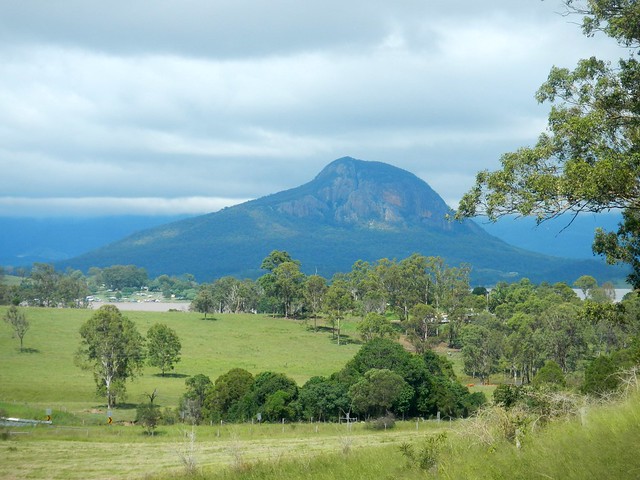 The Ugarapul Aboriginal people called this area “Moojirah” meaning “Place of thunderstorms”. When Reynolds Creek was dammed in 1962, the local authorities named the new dam “Moogerah” after the local aboriginal place name. When I saw the clouds brooding over Mount Greville in the distance, I agreed with the Ugarapul. It’s a perfect name 🙂 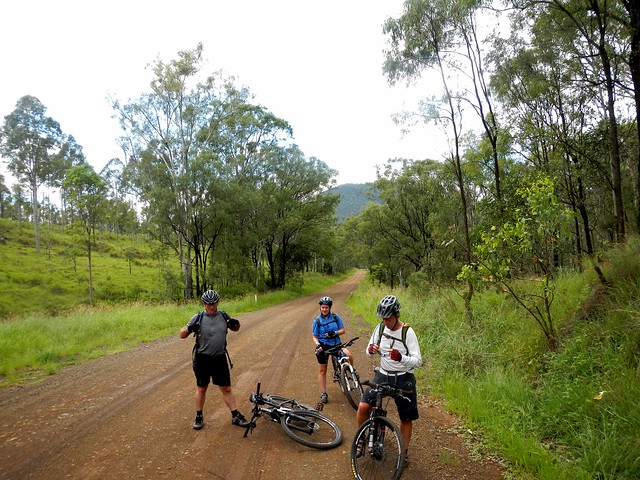 Our track took us around the back of the lake and up towards Spicers Gap Road. We took it easy on the undulating tarmac and gravel roads, aware of the impending long climb up the Great Dividing Range. 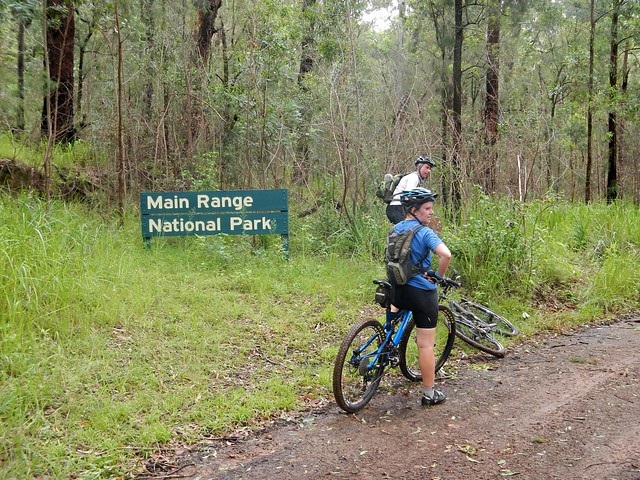 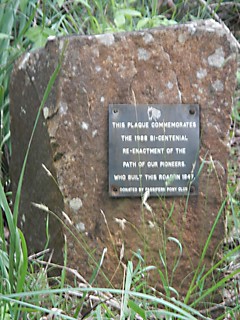 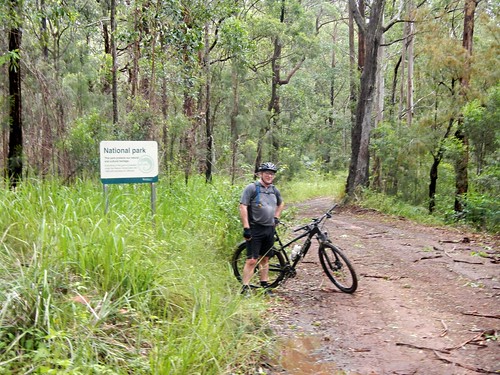 Spicers Gap road has been used for thousands of years by Aboriginal people as a (relatively easy) way of getting over the Great Dividing Range. In the 1840’s, stockman Henry Alphen discovered it was a much easier route for moving bullock drays than nearby Cunninghams Gap. So in 1847, with the help of convict labor, the government built the road along the ancient Aboriginal pathway. It’s steep – rising 600 metres in about 8km. That makes it a perfect mountain biking route 🙂 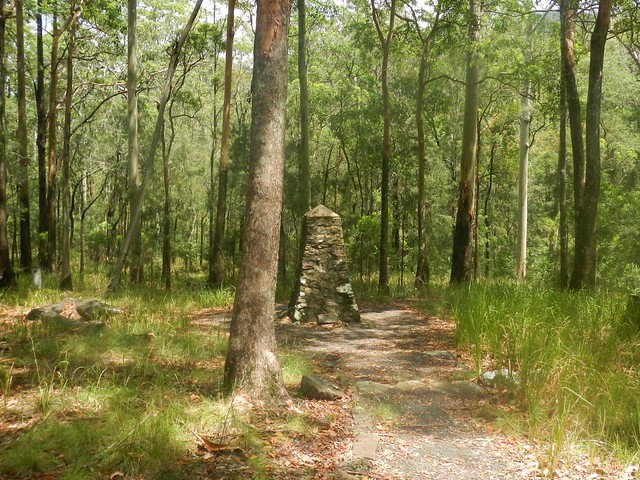 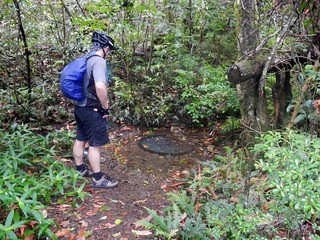 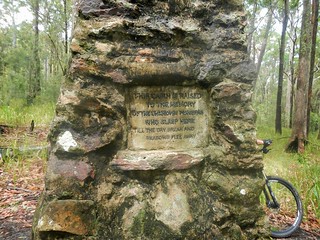 On the way up, there are some historical sites that provide a welcome break from the long climb, including a small cemetery containing the graves of several 19th century pioneers, and a curious freshwater spring, known as “Moss’s Well”. 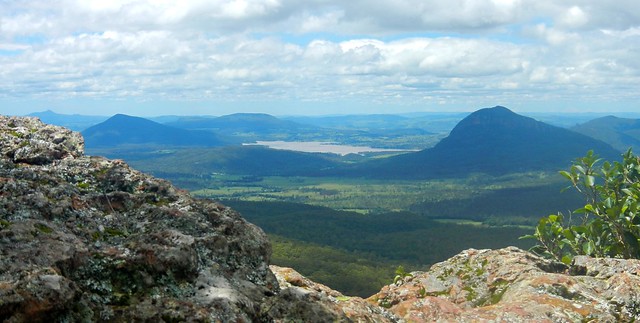 The “highlight” for me was the wonderful view at the top of the long climb. 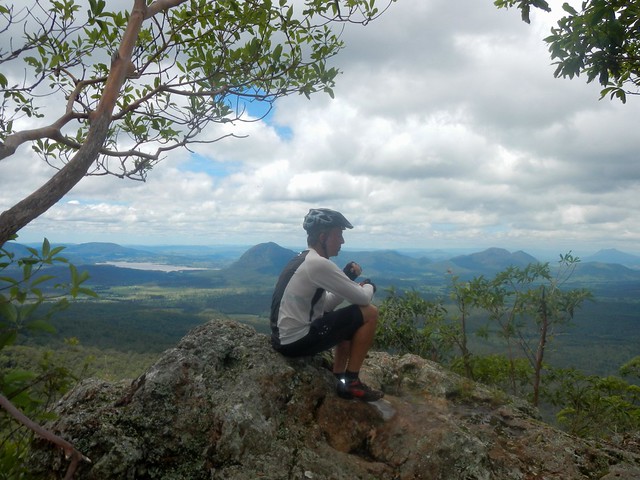 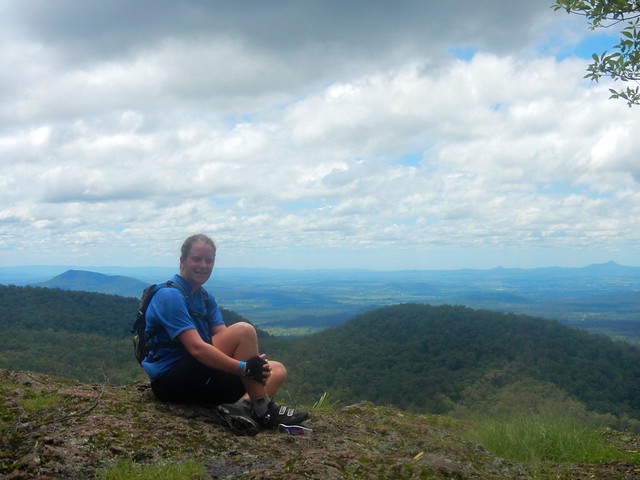 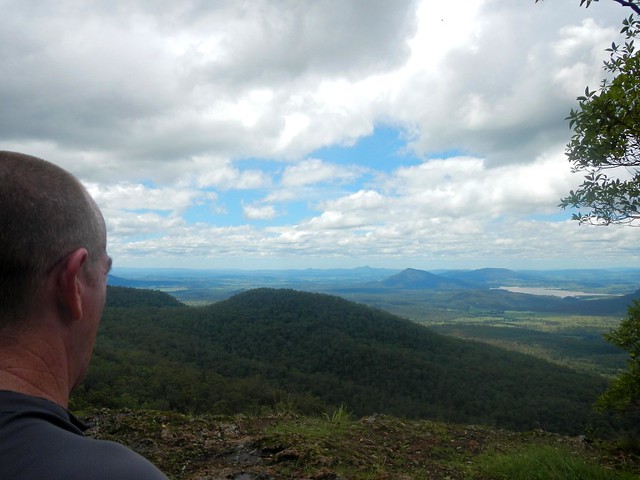 The views to the east are stunning. It was a perfect place to stop for a bite to eat, take in the panorama, and cool off. 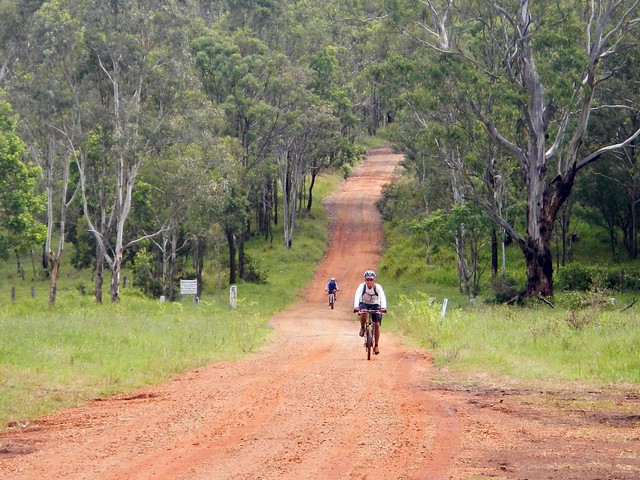 And the up-side of any long climb on a bike is that you get to enjoy a long fast descent back down the hill. Riding down the steep, winding, muddy road with flecks of clay flying up into my face, hitting speeds of 65 km/h was a lot of fun. 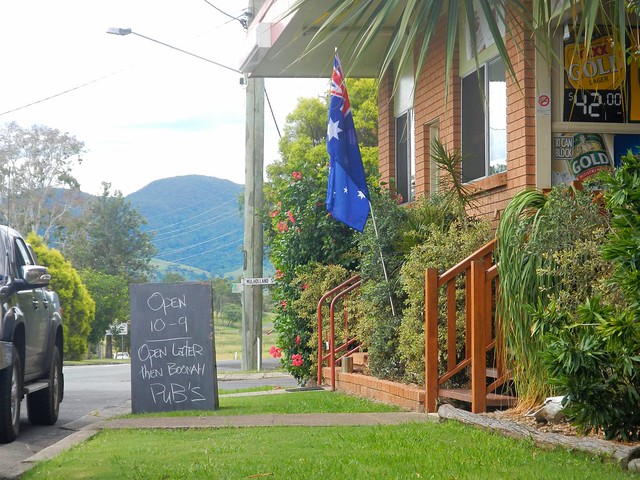 Thoroughly exhausted, we made our way back to Boonah via the small town of Mount Alford. The local pub beckoned to us with its proud boast that it has longer opening hours than neighboring Boonah. We couldn’t resist. Hard work on a bike makes a drink at a pub taste so much better.

I’m grateful to Becca, Eric and Tony for agreeing to ride with me on yet another whimsical day of adventure and exploration on the bike. And especially grateful to Eric who let me “slipstream” behind him for some of the ride when I was feeling tired. We call it “getting a tow” because sitting behind a stronger rider makes so much difference when you’re tired.

We rode almost 80km in 6.5 hours including breaks. During that time we climbed about 1,300m, and I burned about 3,700 kcal. This is a tough ride. You have to first ride 40km, and then do a long 600m ascent up a dirt track, made more difficult by the soft wet surface. I’m rating this one 9 out of 10 on the tough-o-meter. On a hot mid-summer day it would be even harder. In dry winter weather I’d probably rate it 8 to 8.5.

While at the State Library reading random old copies of the Moreton Bay Courier from the 1840’s I stumbled on this article about Spicers Gap Road. Click on the image for a larger more easy to read version.

The Road to Kooralbyn