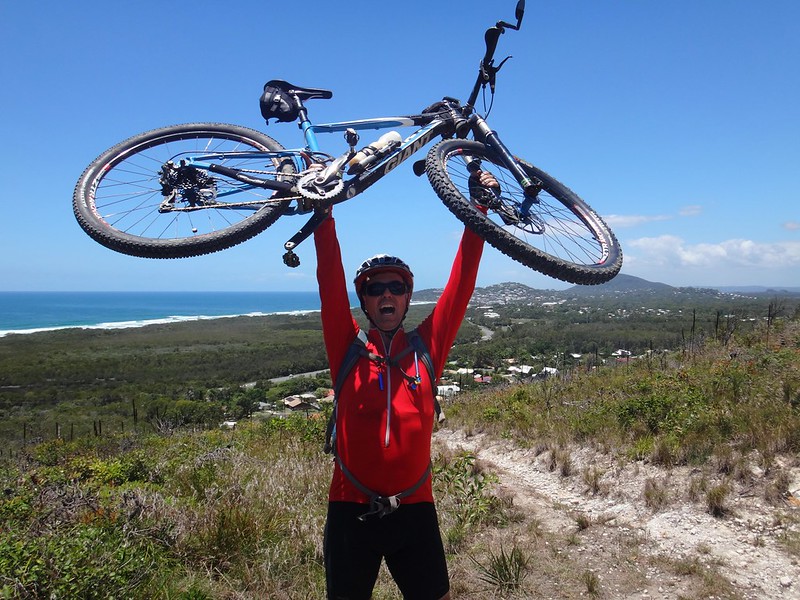 Exploring Coolum by Mountain Bike is exciting – even if things don’t go exactly as planned. 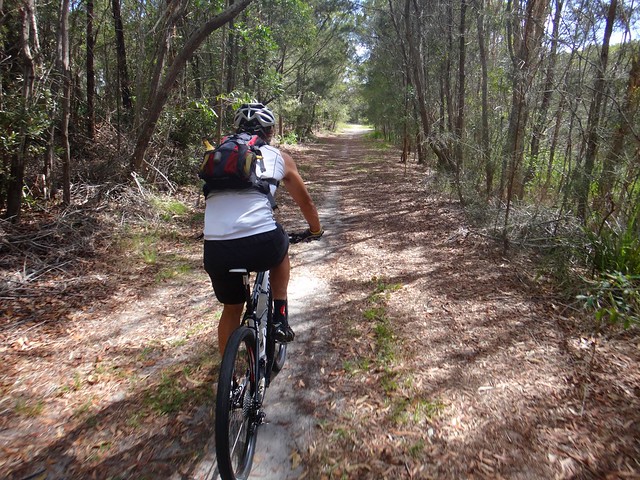 My friend Jason rode with me for the day, and agreed to let me show him around some of my favourite mountain biking spots near Coolum Beach.

We started by riding a quiet sandy trail along Stumers Creek towards the beach. 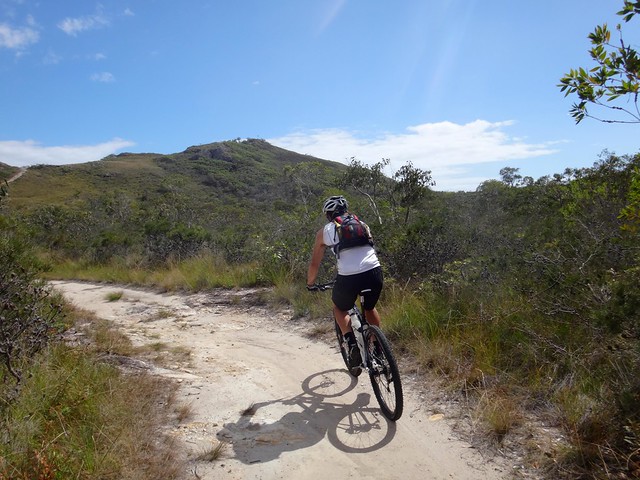 The trail led us behind Emu Mountain northwards towards Peregian Springs. Emu Mountain is also known as “Mount Peregian”. “Peregian” is the Aboriginal word for “Emu”. 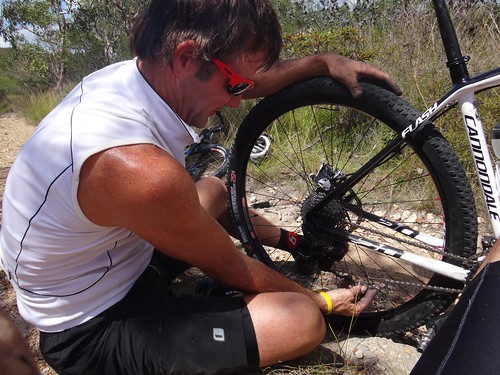 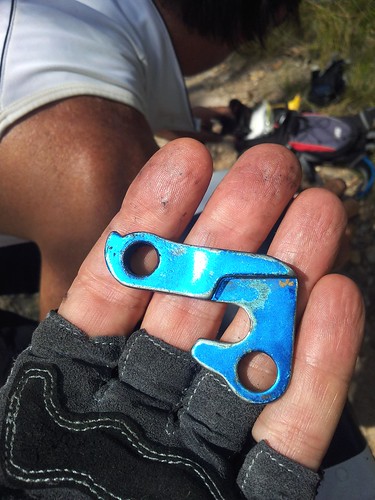 At this point we had a bit of a disaster. Jason broke the rear derailleur hanger on his bike. This is the small bit of metal that attaches the derailleur (gear changing thingy) to the frame of the bike.

I always carry a spare hanger, but my spare was shaped for my Giant bike, not Jason’s Canondale. After lots of greasy fiddling we managed to fit my hanger to his bike, but he couldn’t change gears, and the chain crunched painfully as he turned the crank. His bike was in no condition to ride all day, so I asked a big favour of a local friend.

My friend Murray lives in Coolum, and kindly let Jason borrow his bike for the day. So after limping back to Murray’s place, and swapping bikes, we were on our way two hours later than usual. (Yes – we took ages trying to fix that hanger!) 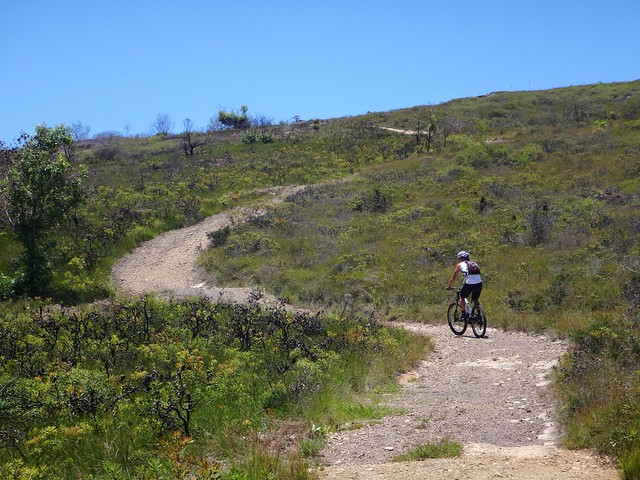 Emu Mountain is a tough little climb on a bike. Being a stronger rider, Jason made it up the hill ages before I finished the slow grind to the top. 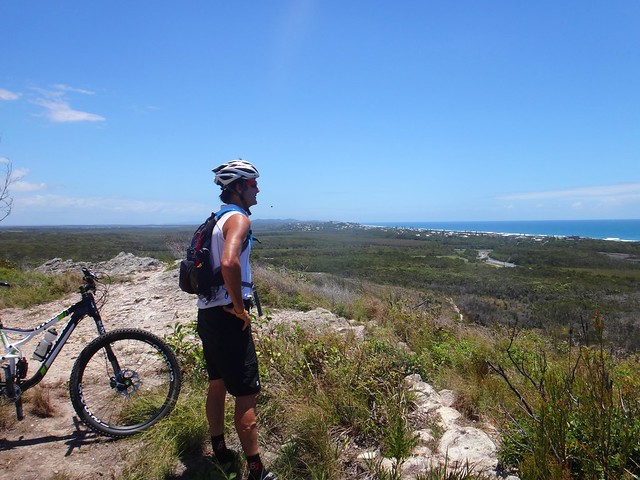 Our hard work was repaid with stunning views of the coast from Mount Coolum in the south to Noosa in the north. The breeze cooled us off as we soaked up the panorama. 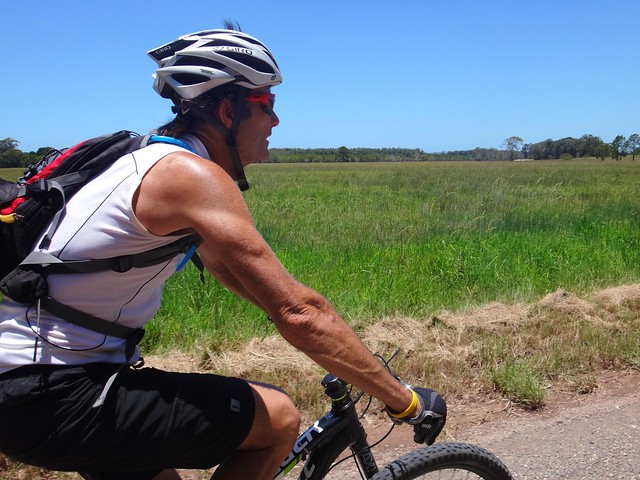 From there we rode westwards along some quiet gravel roads through Yandina Creek. While the coastal strip is busy with new housing developments, it’s nice to still be able to find peaceful back roads and wide horizons. 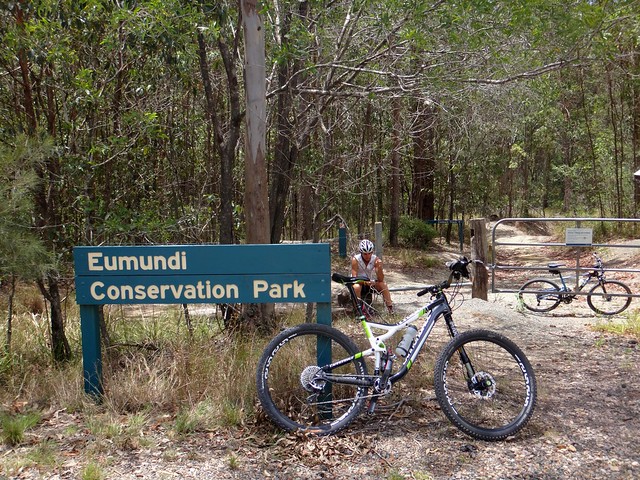 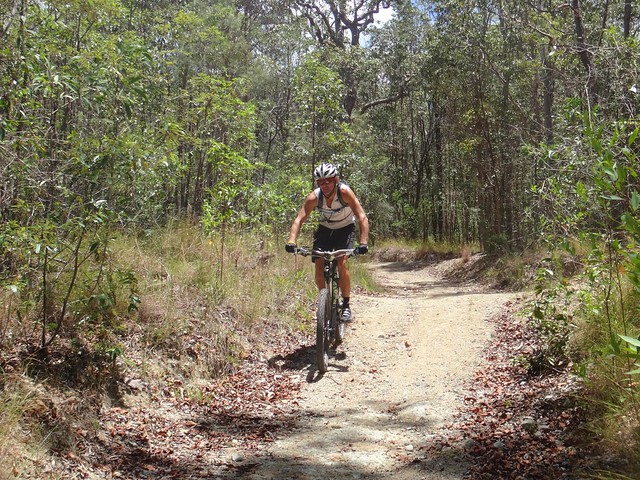 We stopped for a quick rest and refuel at the trail head before venturing into the forest. 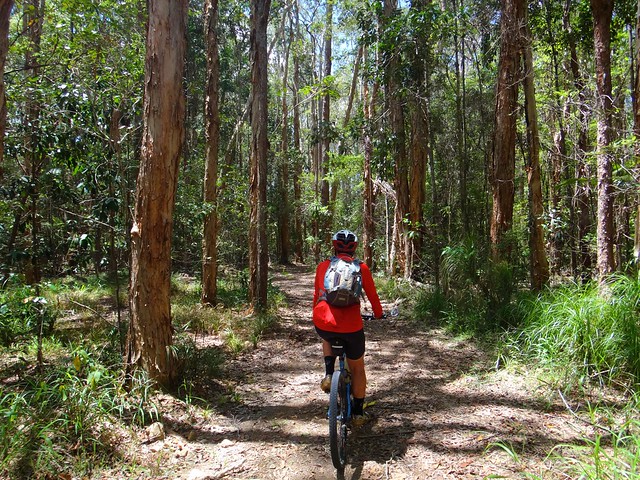 I like the variety of vegetation in Eumundi Forest. 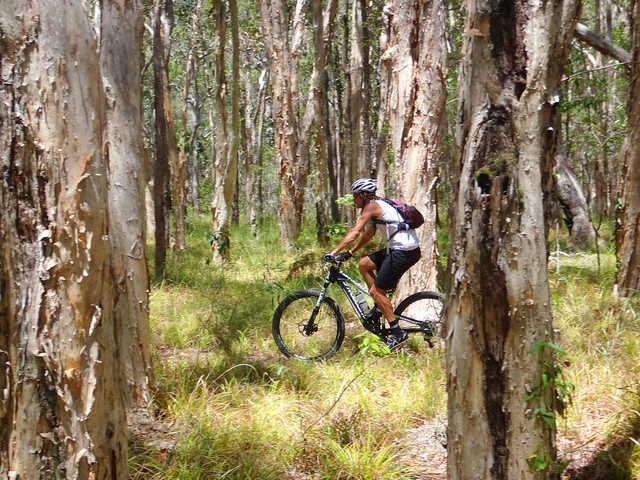 The Paperbark (Melaleuca) trees are gorgeous to ride through. Unlike Mountain Bikers, Paperbarks don’t mind wet, boggy soil. We were lucky to have had several months of dry weather. All the trails were hard and smooth. I’m sure in a couple of weeks, when the summer rain starts, these trails will revert once more into a tough, muddy swamp. 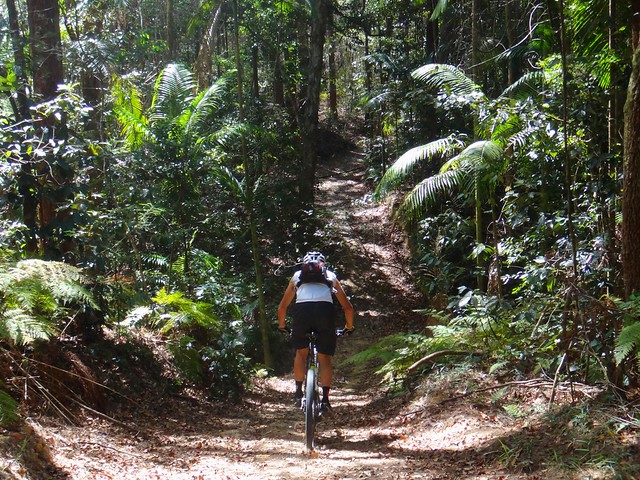 As we moved northwards through the forest, towards the town of Eumundi, thick rainforest replaced the paperbarks. As we pushed up some of the steep trails we were grateful for the shade of the palm trees. 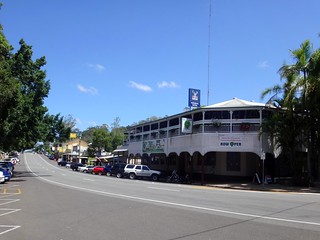 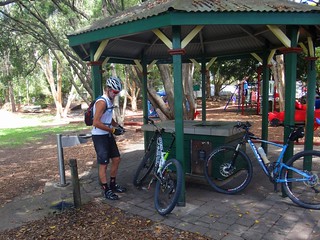 We had a quick lunch in Eumundi. For a small town it has a variety of delightful little cafes which cater for the visitors to the markets that are held there every week. 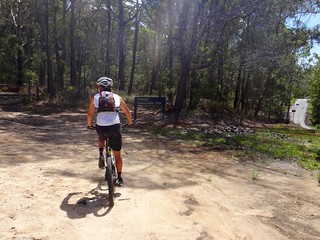 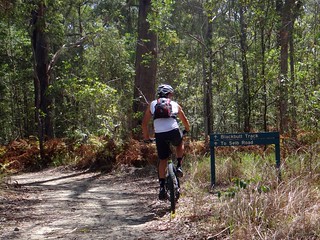 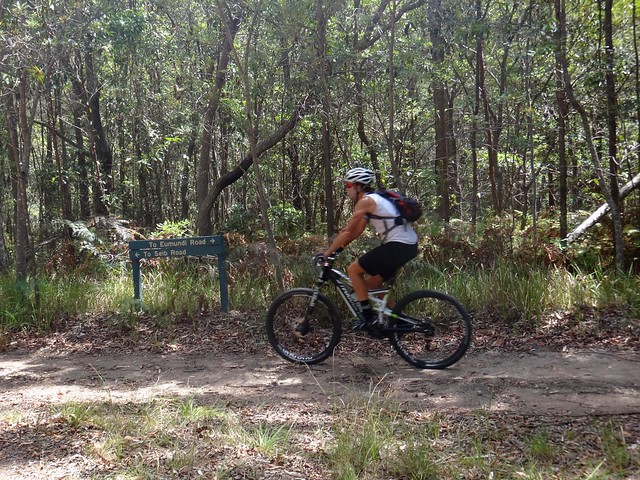 After lunch we then rode back into the northern section of Eumindi forest on our way eastwards, back towards the coast. 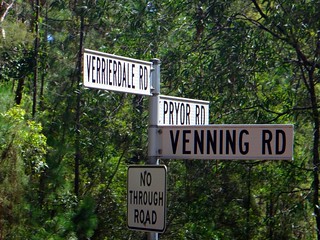 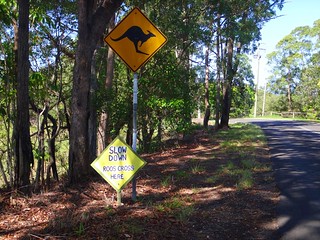 This brought us out at the end of Venning Road, in the delightful locality of Verrierdale. 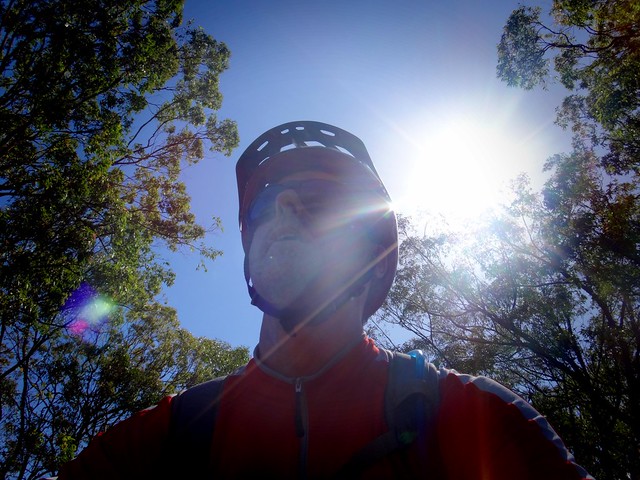 We were both feeling hot and tired at this point in the ride, so we let the bikes coast down the hill and let the breeze cool us down.

We rode a total of 65km in 4 hours, plus an extra two and a quarter hours for repairs and stops.

Since the temperature was in the mid to high 30’s for most of the day, and we had to push the pace to make up for lost time, I’ll rate this ride 8 out of 10 on the tough-o-meter.

In cooler weather, with less time constraints, I’d rate it 7 out of 10.

Thanks, Murray, for saving the day and letting us borrow your bike.

Thanks, Jason, for riding with me.

One Reply to “Coolum”