Our adventure today took us from Eskdale, in the Brisbane Valley west of Toogoolawah, up the Great Dividing Range to Crows Nest, and back down again. 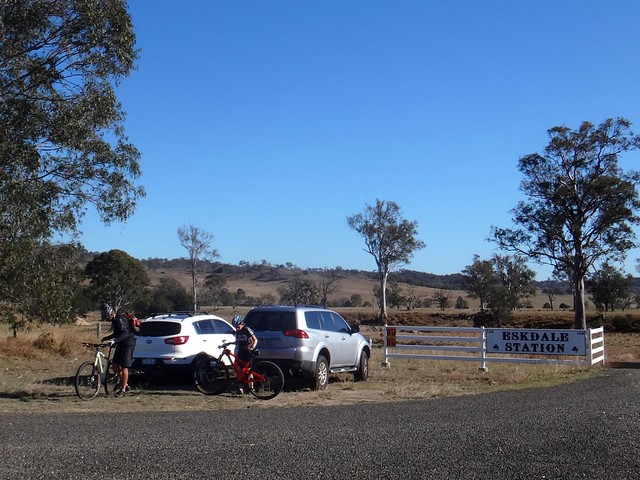 We’ve ridden through Eskdale a couple of times before, and were glad to return to the wide-open spaces and big skies of this wonderful place. 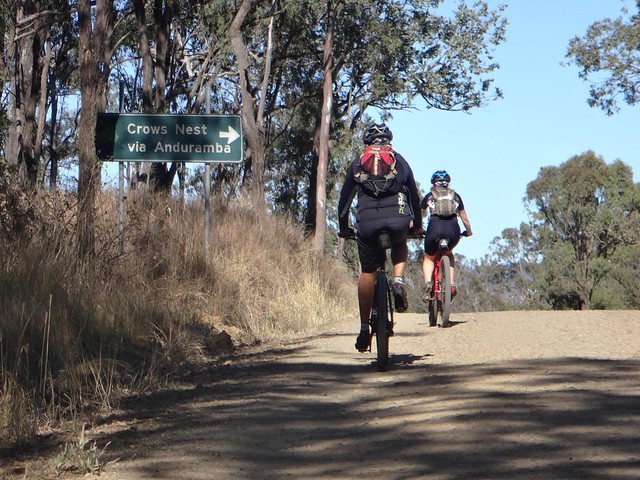 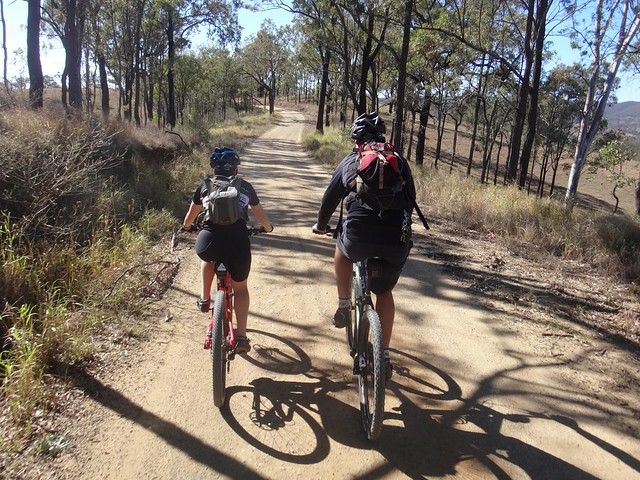 There are a number of ways up the range to Crows Nest: I had one or two alternatives, but we decided to play it safe and stick to a simple plan. There were only three of us today, and we didn’t want to take any risks with ambitious routes through rough terrain. 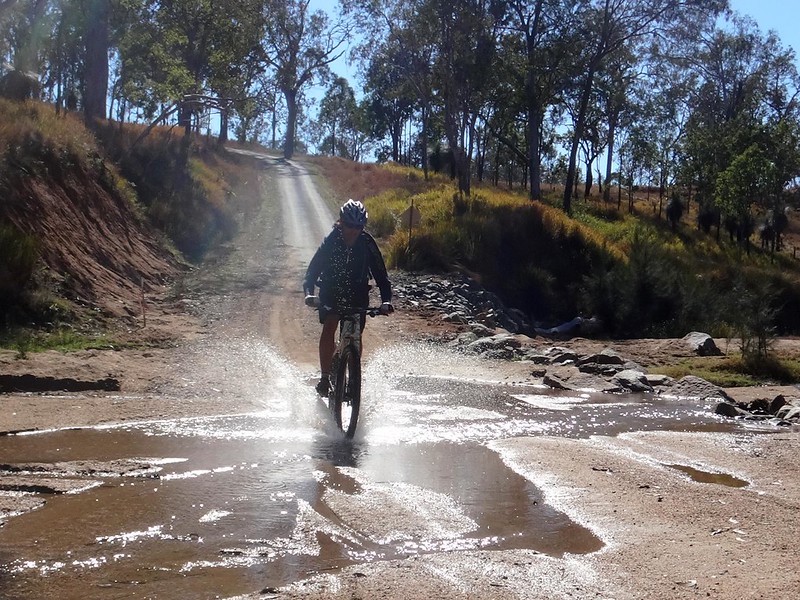 We followed a quiet dirt road alongside picturesque Anduramba Creek as it slowly twisted up the range. Of all the roads in the area, I think this was probably the easiest way up. 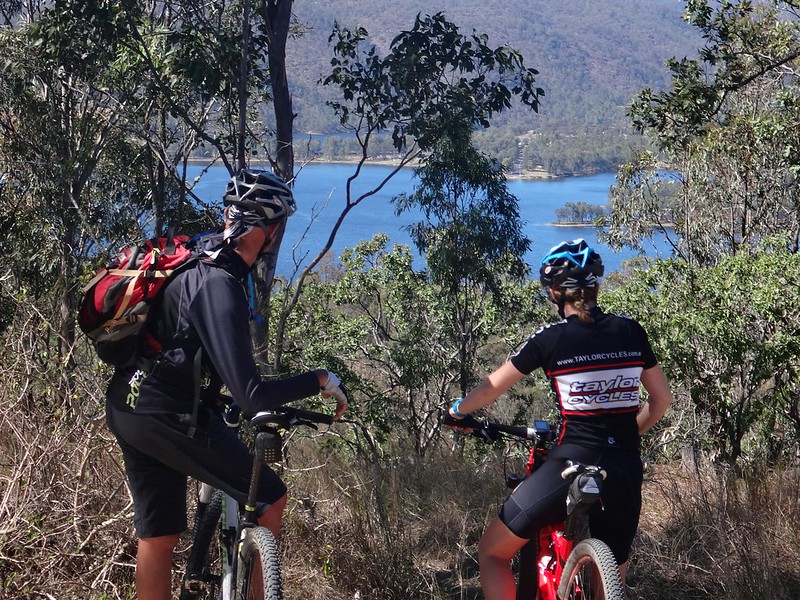 At the top we enjoyed some pleasant views of Lake Cressbrook to the south. 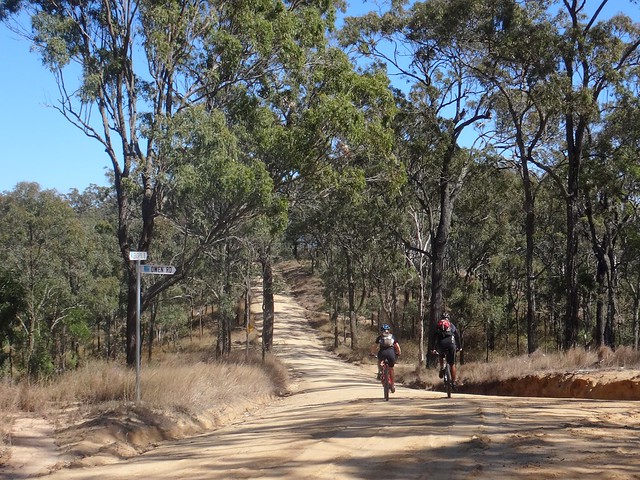 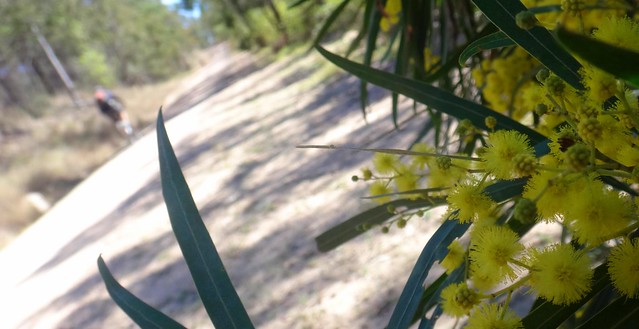 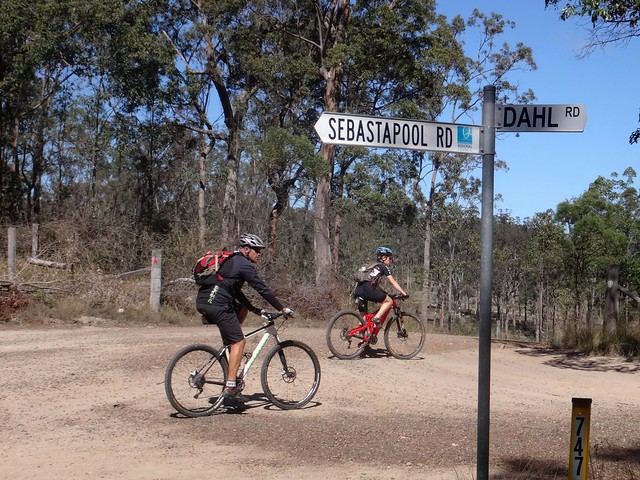 The road towards Crows Nest was lined with numerous wattles, bright with blossoms, as it undulated westward. 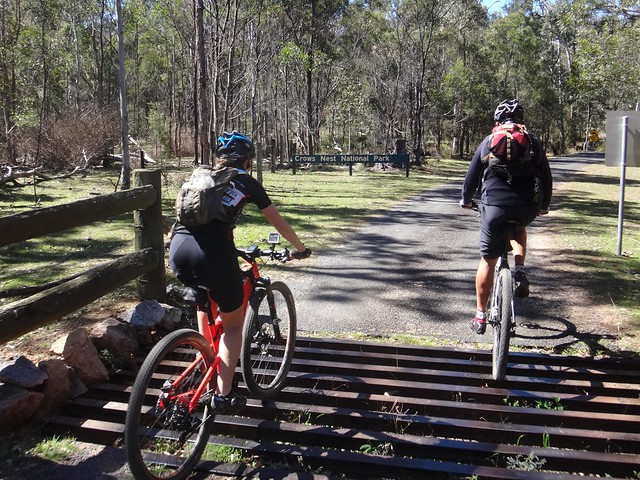 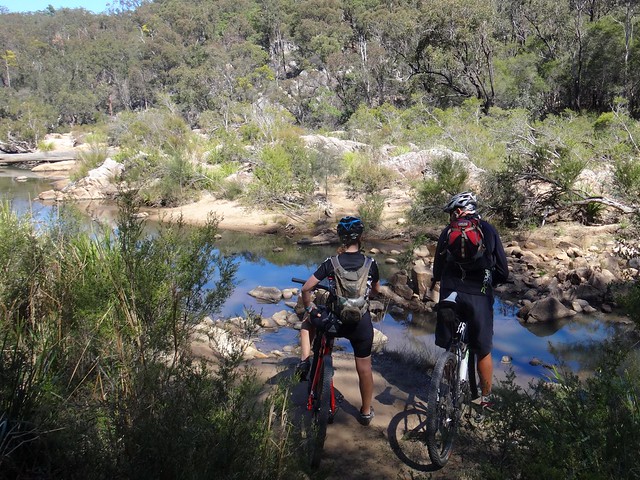 On the way we took a short detour into Crows Nest National Park to have a look around. It has some well-maintained camping facilities and walking tracks to several points of interest. 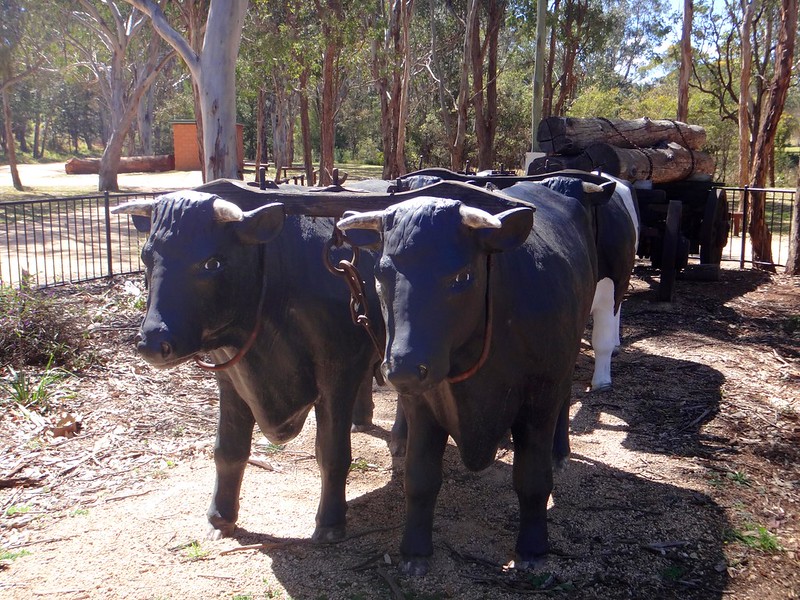 Our lunch stop was in Crows Nest.

This place was called “Tookoogandanna” by the local Waka Waka aboriginal people. It means “Place where the crows live”.

There’s a permanent water hole on the outskirts of town by which numerous large native “Crows Apple” trees (Owenina venosa) grew. Crows built nests in these trees. The freshwater well with its many fruit bearing trees would have been an attractive place for the traditional owners of the area.

In the mid nineteenth century, teamsters would haul logs from this area to Toowoomba, 40km to the south. The shady trees and reliable water hole provided a popular rest-stop for bullock drays who would refer to it as “The Crows Nest”. 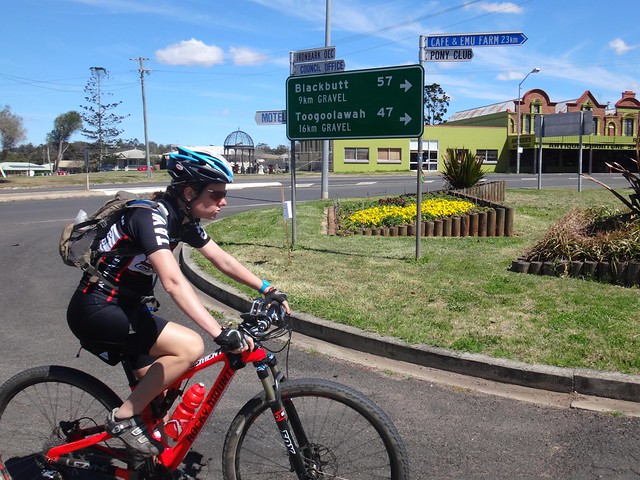 After a leisurely lunch in town, we hopped back on the bikes and coaxed our reluctant legs to start pedalling again. 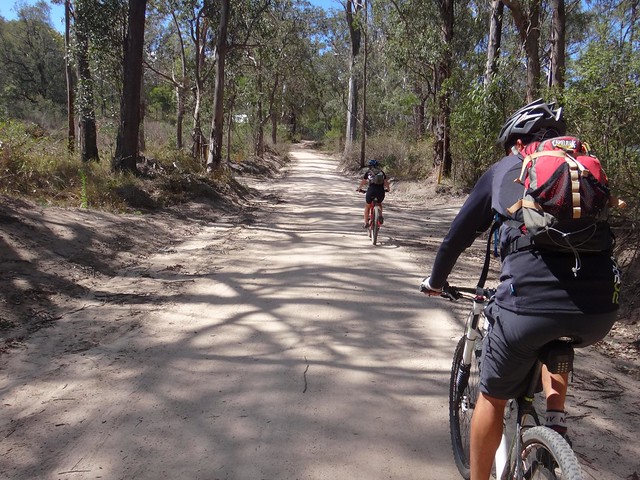 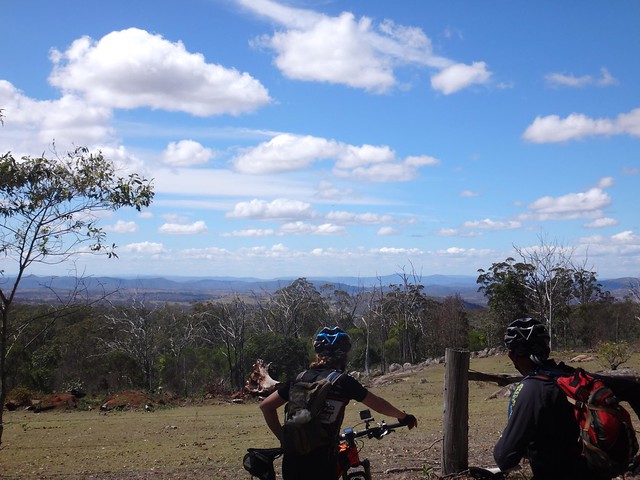 In true mountain-biking style, we avoided paved roads and sought out the dirt tracks around town as we made our way back to the edge of the range. 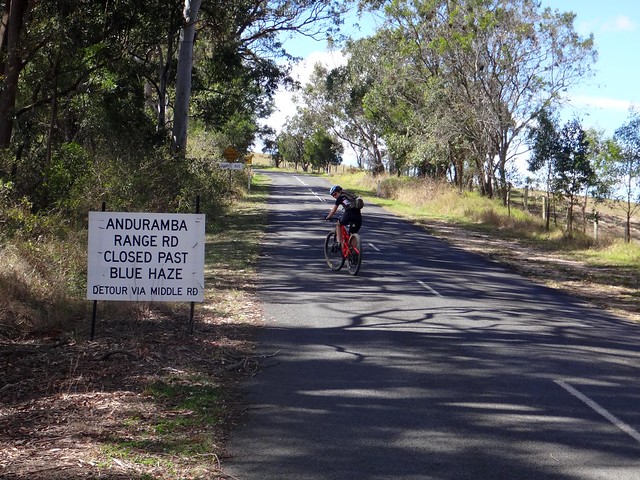 The Anduramba Range is closed to vehicular traffic because of land slips. My friend, Andrew Demack, recently wrote about his cycling adventures on the same road, so we took advantage of his experience and followed the road. (Thanks Andrew!)

I soaked up the vastness of the distant horizon and huge sky as we coasted down the range. This is a stunning part of the world. 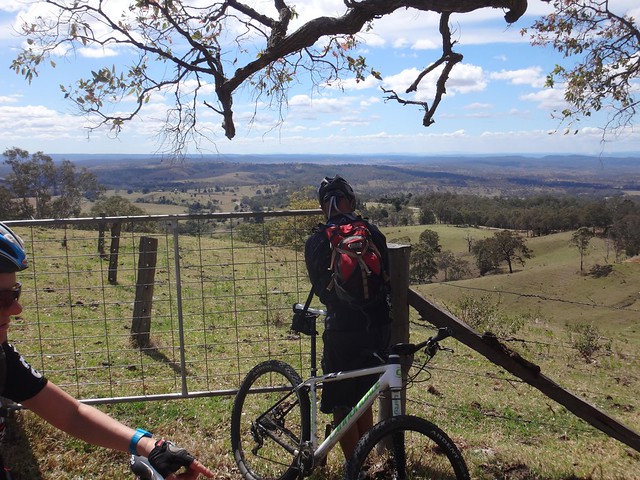 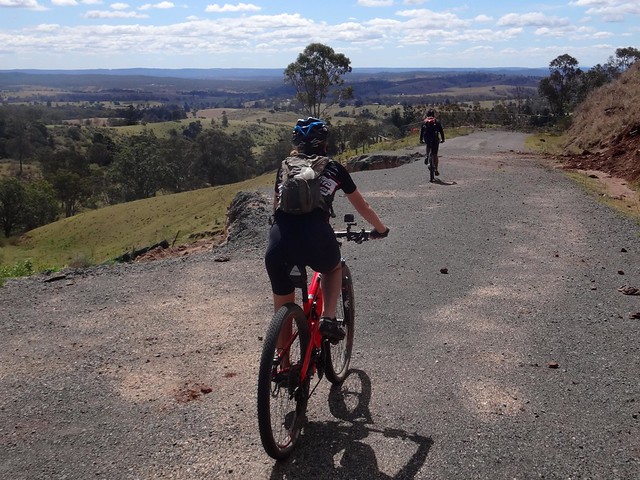 Thanks to Andrew’s instructions we were able to easily navigate around the road blocks and avoid the hazardous land slips. 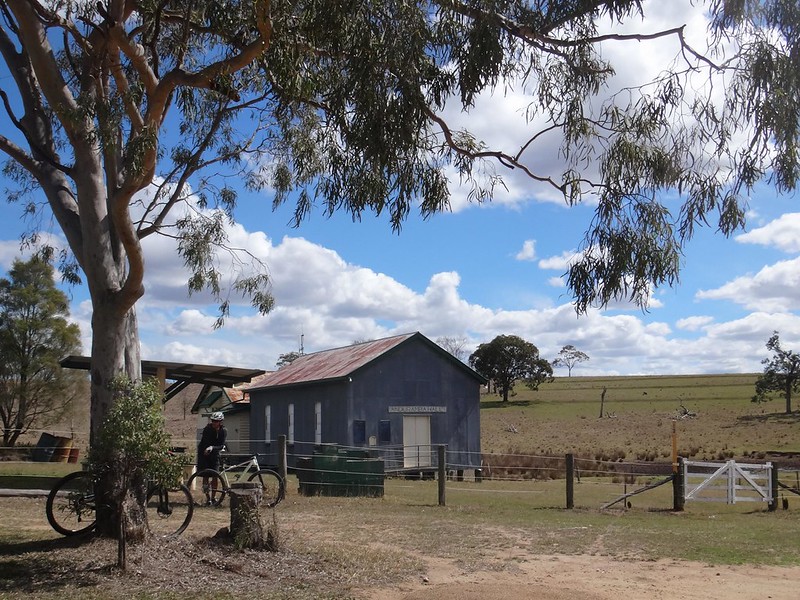 As with most enjoyable descents, we reached the bottom much sooner than we anticipated, so we had a quick break at Anduramba Hall with its unusual galvanized iron walls. 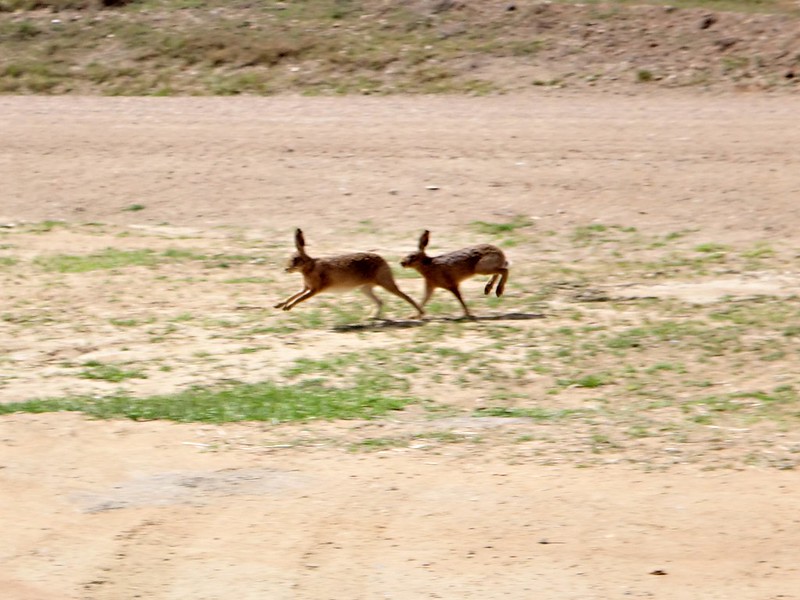 As we chilled out we heard a strange sound from across the road and noticed two amorous hares frolciking around. They seemed oblivious to everything else as they danced across the road in a whirlwind of fur. Minutes later they were still going for it in the middle of the field behind the hall. Spring is definitely here 🙂 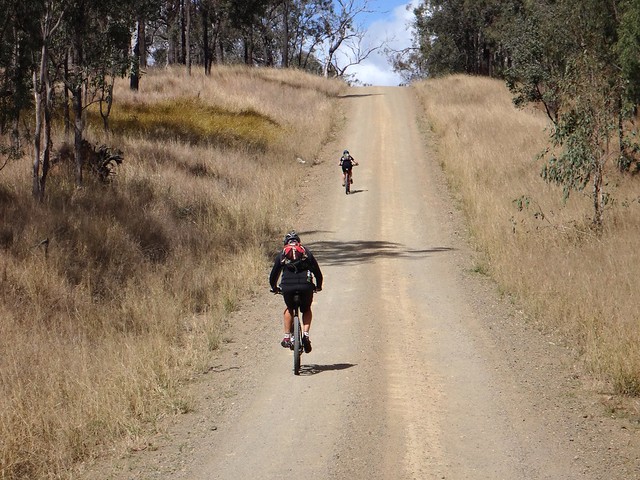 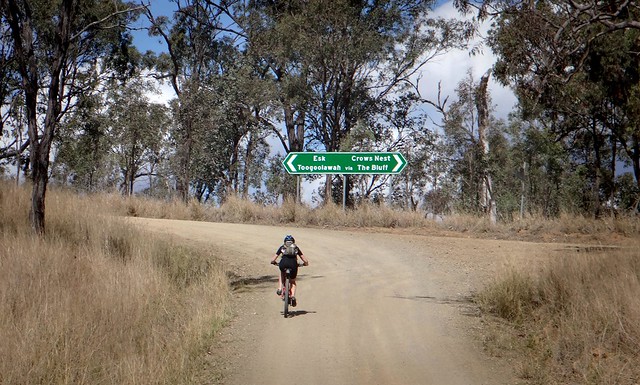 Although the elevation profile said the final leg of our ride was mostly downhill, we still had to work hard to pedal up the climbs before we could enjoy the descents. 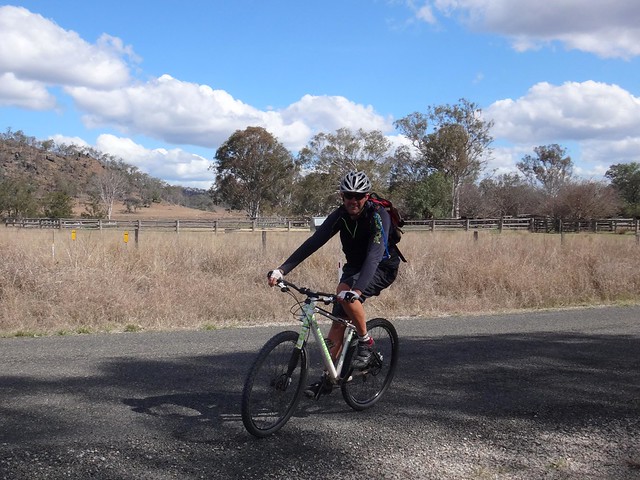 We arrived back at our starting point much earlier than I had anticipated having covered 70 km with 1,450 metres of climbing. It took us about five and a half hours including breaks and I burned about 2,800 kcal.

This is a picturesque part of the world, well worth the visit, especially in the cooler months.

Thanks Becca and Paul for another fun ride!