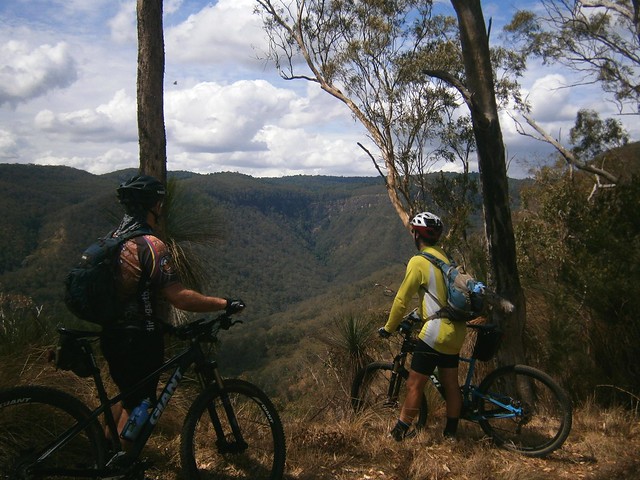 Goomburra is part of the “Main Range National Park” on the Great Dividing Range in South East Queensland. The Goomburra section of the park is located north of Cunninghams Gap either side of Dalrymple Creek. It’s named after the Gooneburra aboriginal people. In the Keinjan language, “Gooneburra” means “Fire people” from the tribe’s habit of setting fire to grasslands as a means of managing the land. Professor Maurice French, at the University of Southern Queensland, says that they numbered perhaps 1500 to 2000 people.

Dalrymple Creek is named after Ernest Dalryple, a European squatter, who arrived in the area in 1841 to take up a “selection” on what the settlers called “Goomburra Run”. 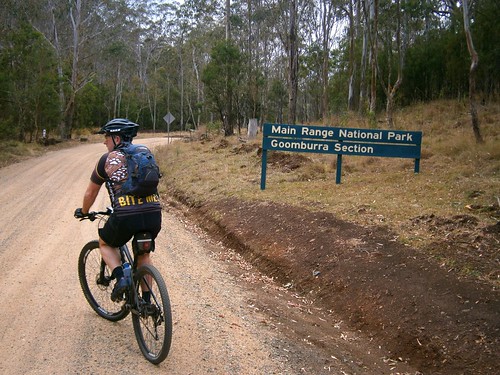 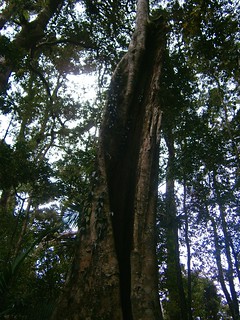 Eric, Tony and I started our ride from “Gordon Country” in the valley along Dalrymple Creek, and then slowly wound our way up the long slow climb into the rainforest. It took about an hour to reach the top, and I was glad to finally get there. 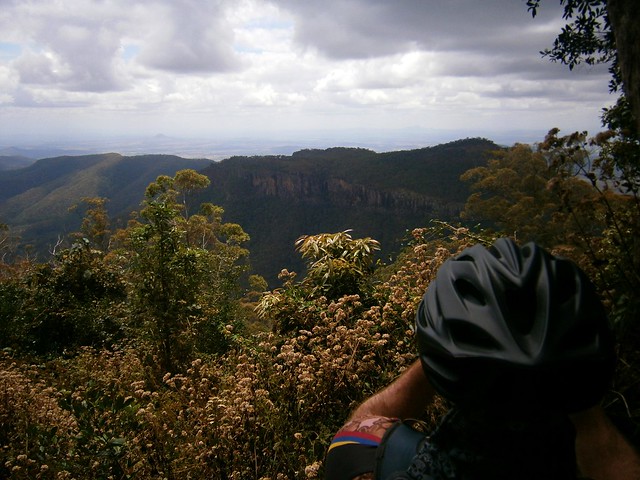 The views from Mount Castle Lookout were amazing. Mount Castle and the surrounding peaks of the Liverpool Range form a sharp ridgeline extending from the Main Range north-eastwards towards Laidley. I was impressed by the cliffs and the views off in the distant east of the Teviot Range and Lamington Plateau. 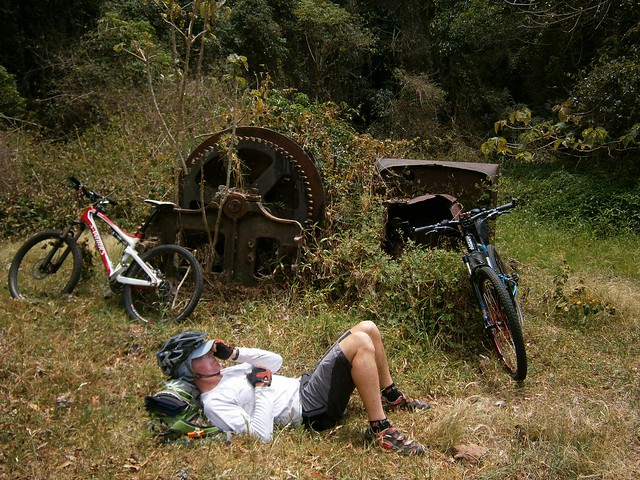 At Mount Castle Lookout, the Great Dividing Range splits in two branches. The main range heads off to the west while “The Mistake Mountains” go off to the north. They were called this because in the early days, people mistook them for the main range. We rode north over The Mistake Mountains to “The Winder”. Years ago, loggers converted an old truck into a winch to haul up the large logs from the steep slopes of these mountains. The loggers have gone, and all that is left of the “Winder” are these rusty ruins.

Eric took what he called a “Micro nap”. He’s a lot faster on the bike than I am, so I suppose he decided to make the most of the time that he spent waiting for me to catch up 🙂 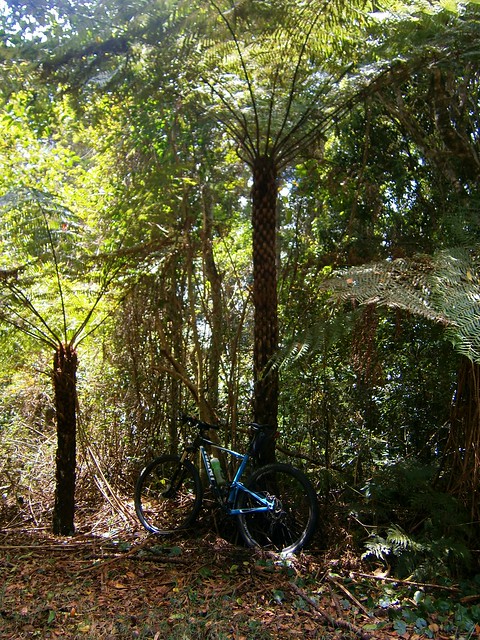 The ridge line along the Mistake Mountains is covered in rainforest. These Giant Tree Ferns (Cyathea australis) were all over the place. I’ve read somewhere that they can group up to 20 metres in height. This one made my bike look like a toy. 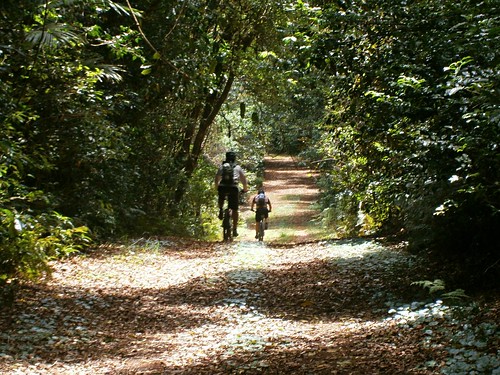 Once we’d finished at the Winder, we had to climb back the way we had come regaining 250 metres in altitude, back to the junction with the Main Range. We then continued our journey westwards along the Main Range. 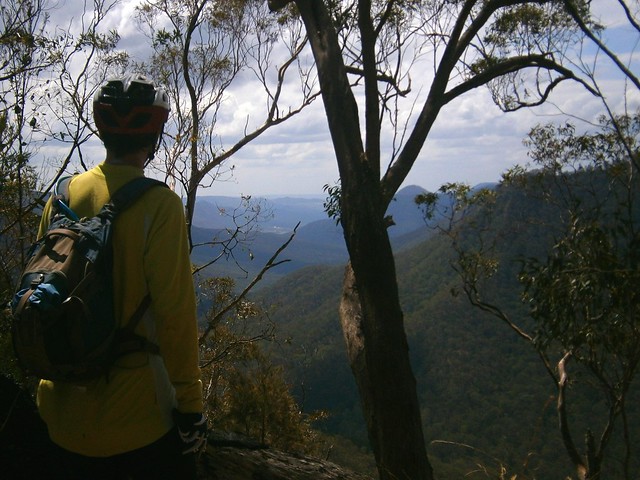 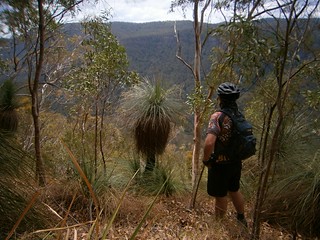 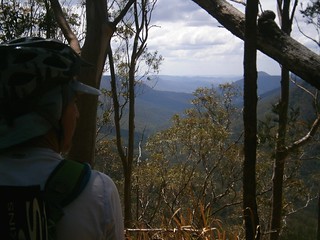 The views along the track were spectacular. Every few minutes we stopped to catch glimpses of the valley through the trees as we looked down into “Glen Rock” park below. 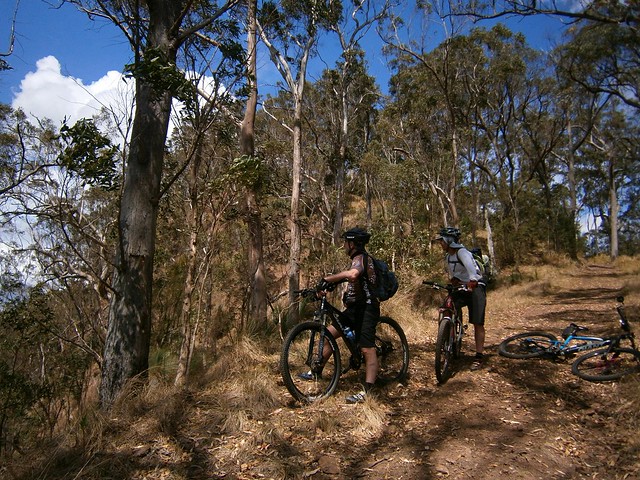 As we rode further along the track, the slopes on either side became progressively steeper. Eventually, it felt like we were riding on the top of a razor blade. On our left, steep slopes dropped down to Dalrymple creek to the south. On our right, sheer cliffs dropped down to Glen Rock Park to the north. The track was wide, and safe, but it meant we had some amazing views. 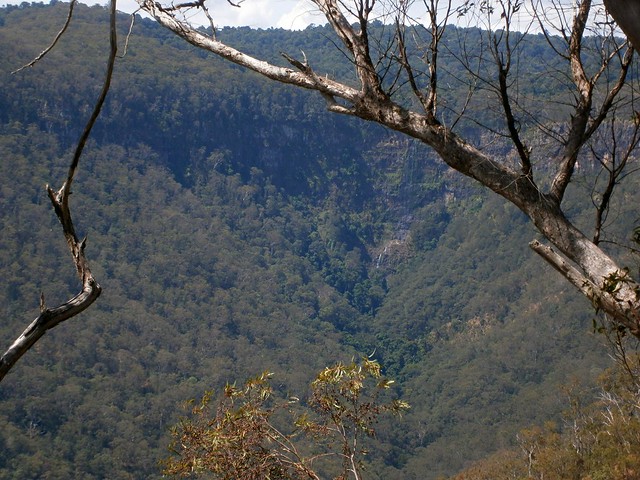 I couldn’t belive the beauty of the landscape we were looking at. 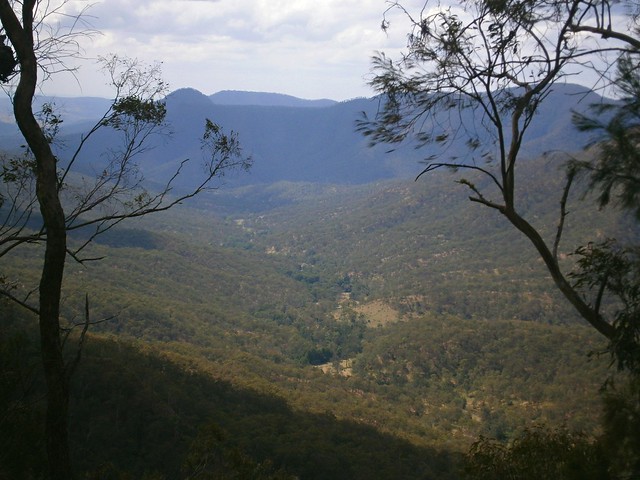 As I looked down into the valley in Glen Rock National Park, I thought that perhaps we should come back to this place in the not too distant future and do a bit more exploring. There is some stunning country in South-East Queensland. With a reasonable amount of fitness, and a decent mountain bike, a whole new world opens up to explore. More than enough for one life time. In the last three yeas I’ve seen more natural beauty in thiis part of the world by riding my bike than at any other time in my life.

From our mountain-top high we rolled back down the mountain to “Gordon Country” 4wd park. There are a number of tracks down the mountain – some precariously steep, some rather gentle. By luck we managed to pick a quick but safe descent which had us back at the car in about 10 minutes.

All up we cycled 37km in about 5 hours including stops, climbing a total of 1,400m in vertical ascent. I burned about 4,000 kcal. This is probably the toughest sub 40km ride I’ve done. We had to push the bikes up a couple of hills, and had to work hard on some of the longer climbs.

I rate this one 9 out of 10 on the tough-o-meter. You won’t need more than intermediate mountain biking skills – the tracks aren’t too technical except for one or two steep descents. But you’ll need moderate to high fitness, plenty of water and snacks. Make sure you take a camera 🙂