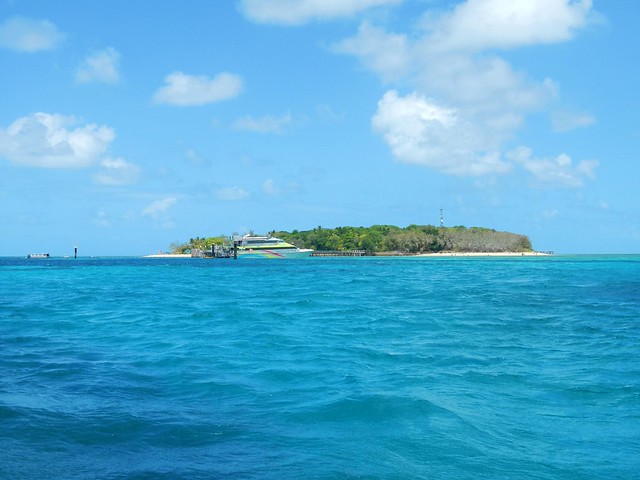 Green Island is a small tropical island on the Great Barrier Reef, about 25km off the Queensland Coast near Cairns. Just over 500 metres across at its widest point, you can walk around it at a leisurely pace in about half and hour. It’s a popular tourist destination for visitors to Far North Queensland, so we decided to check it out while we were in the area. 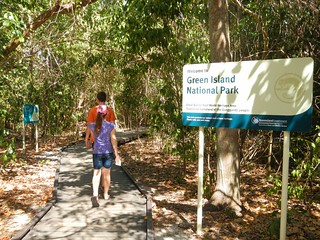 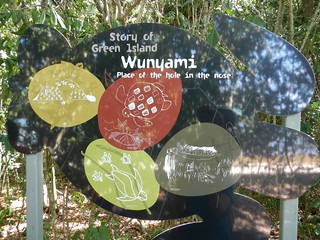 The Guru-Gulu Gurandji Aboriginal people are the traditional owners of the island. Their name for it is “Wunyami”, which means “Place of the hole in the nose”. Their story tells of a little turtle who swam to Green Island to drink some freshwater from a creek. Because there were many larger turtles trying to get a drink, he decided to drink from a crab hole filled with water. He didn’t realize it, but the little turtle woke the crab that lived in the hole. The crab pinched the turtle’s nose making holes in it. Eventually the little turtle grew into a big strong fellow. The other turtles noticed this. Because they wanted to be big and strong as well, they asked the spirits to give them all holes in their noses. When the Gurandji people heard of this, they paddled their canoes to Green Island and performed the first nose-piercing ceremony which then became part of the initiation ceremony on Green Island. 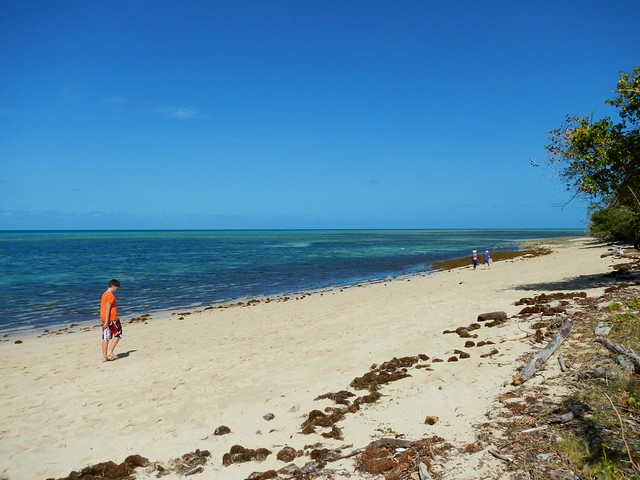 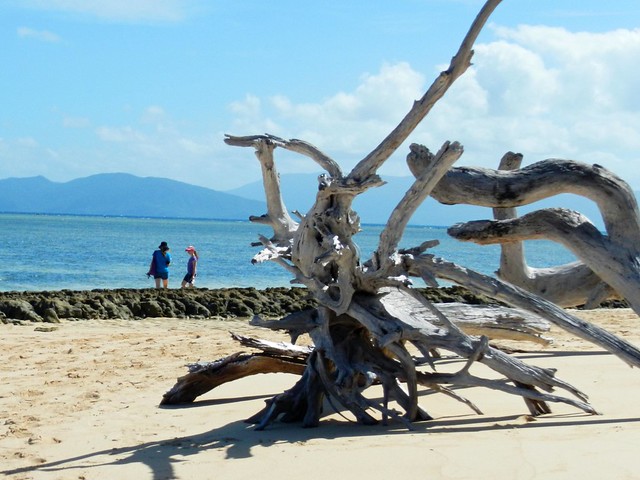 We had a relaxing time wondering around the island, following the boardwalks through the forest, and then walking along the sandy beaches. 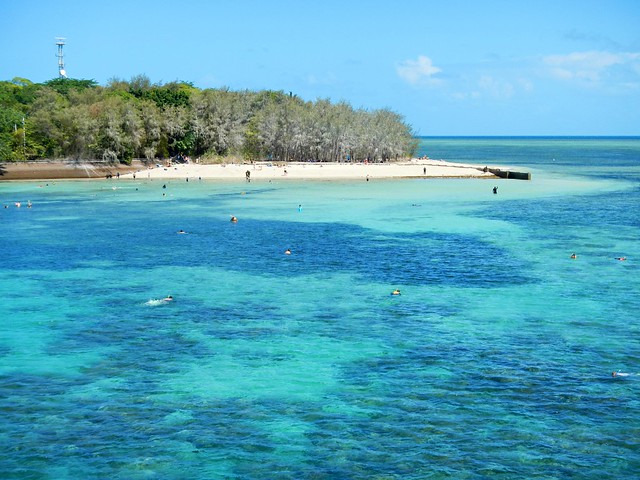 We also did the touristy thing, and tried snorkelling through the coral. 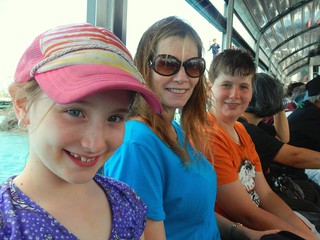 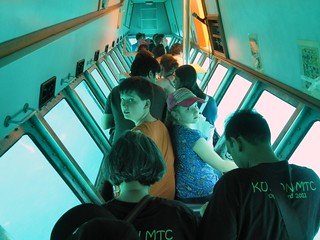 An easy way to see the reef without getting wet is either in the semi-submersible submarine, or the glass-bottomed boat. 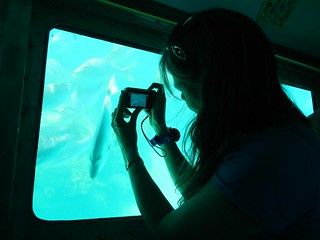 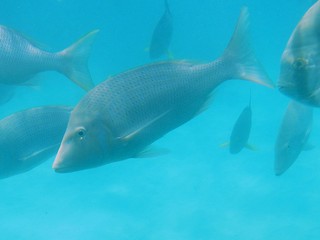 I enjoyed the submarine – it let us get up really close to the fish. 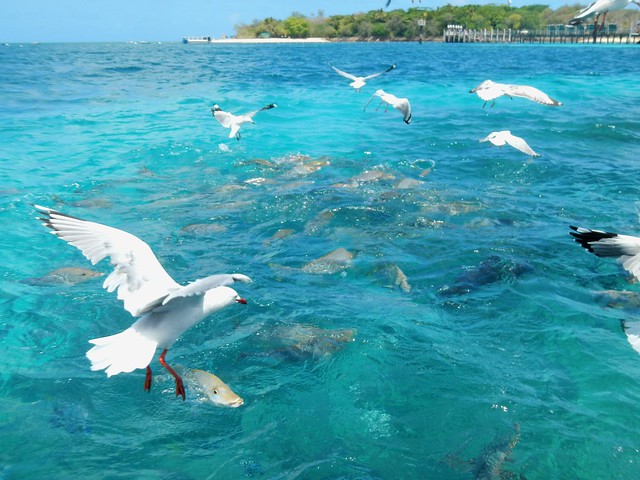 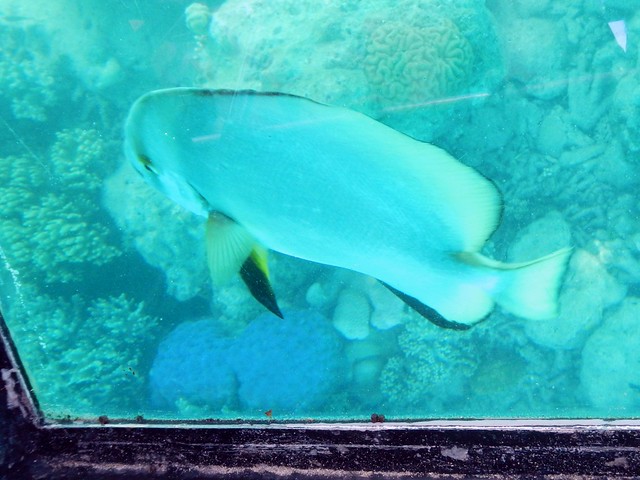 The boat operator fed the fish while we were out, which excited the fish and the seagulls 🙂 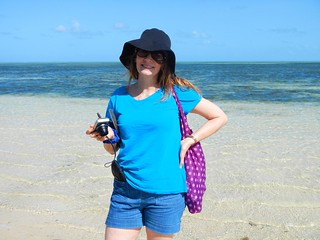 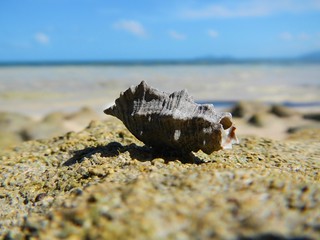 Green Island is a beautiful place. I’m really glad we took the time to explore it!