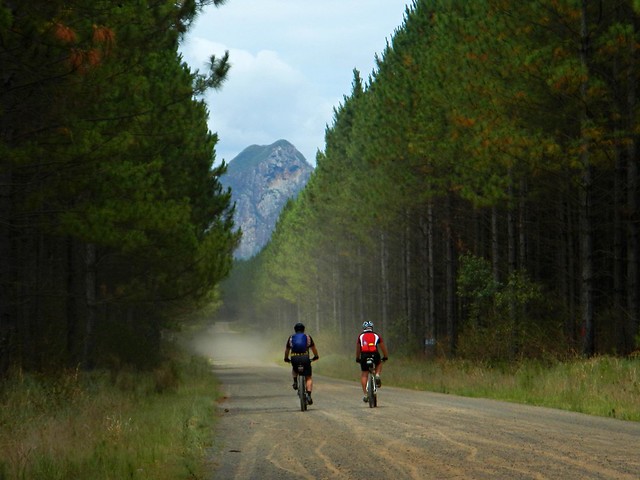 Rather than drive the car to our usual summer holiday spot at Coolum, I thought I’d ride the bike up from Lawnton. The route was just under 120km in length and included a fair bit of riding off-road through state forests and national parks. My friends Tony and Wayne rode with me for most of the way. 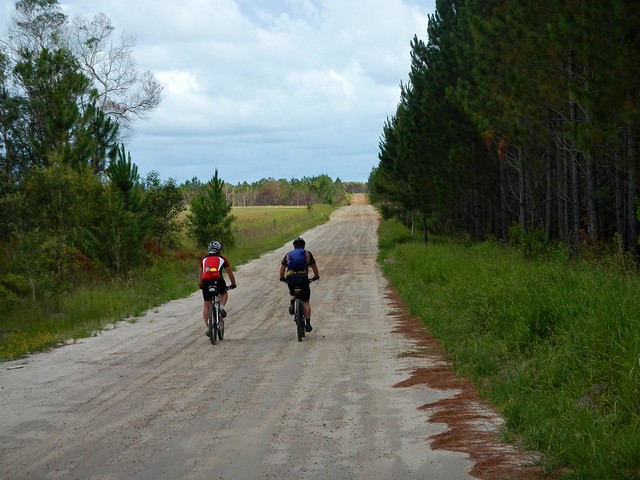 The first leg of the trip took us up to Caboolture on quiet roads, and then to Beerburrum East State Forest at the end of Pumicestone Road. It took us just over an hour, which was a lot quicker than I anticipated… 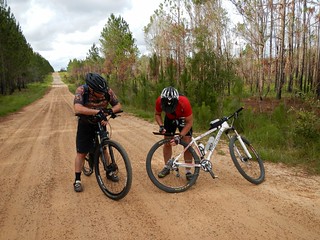 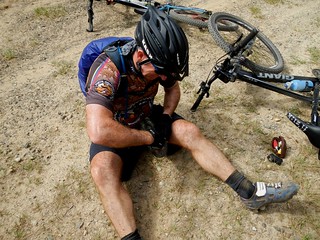 …which was just as well because Wayne got a flat tyre after running over a thumb-tack. Unfortunately it was in his non-tubeless tyre, so it went flat and stayed flat. But two spare tubes and 3 CO2 canisters later, we were on our way again – still ahead of schedule. We made good time even when equipment failure struck again and cleat fell off Darb’s shoe. Luckily, he didn’t lose any screws and was able to screw it back in quite easily. 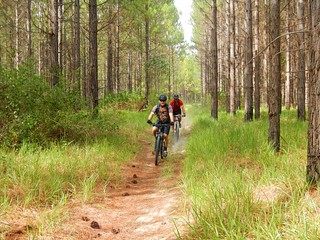 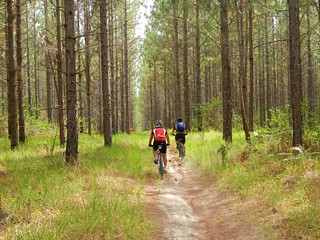 I like this forest because of the variety of different tracks. Plus it’s relatively flat which means you can easily cover long distances without much effort. We picked a few narrow tracks and rode off between the pine trees. 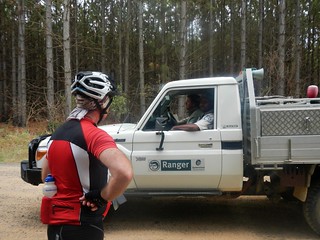 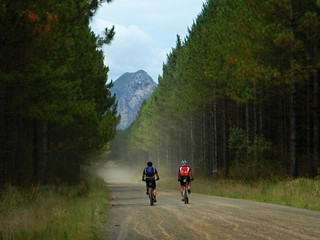 We met up with a friendly forest ranger along the way who just happened to be a mountain biker. He told us how much he liked 29er mountain bikes and tubeless tyres…. but he was preaching to the converted 🙂 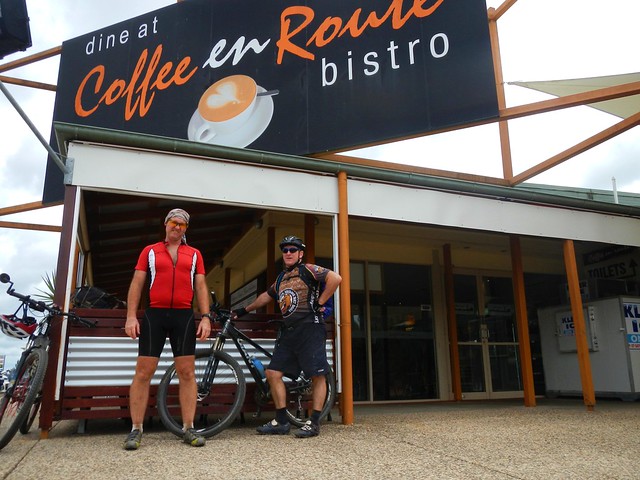 Our first major stop was at the Wildhorse Mountain service station where we topped up on “bike fuel” and water. 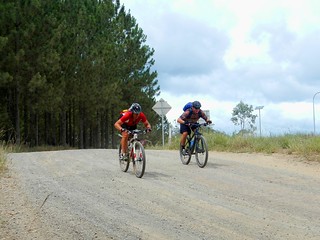 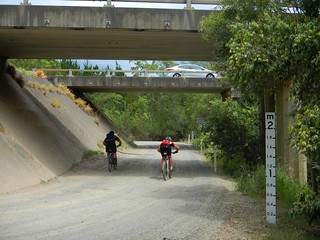 To maximize the amount of off road riding, we kept riding northwards through the forest until were able to pass under the freeway at Mellum Creek. From there we entered the Beerwah section of the forest and headed North-west towards Landsborough. 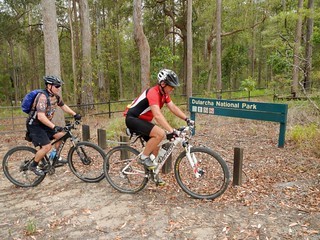 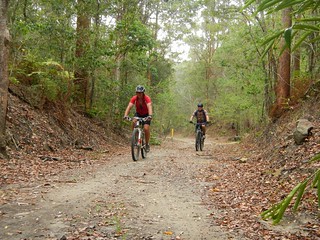 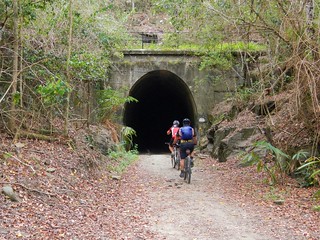 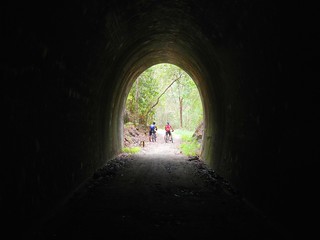 Part of the trail is actually on an old disused railway track, which passes through a tunnel. The fun thing about the tunnel is that it bends enough so you can’t see one end from the other. This means when you’re riding through it, it’s pitch black. If you don’t have lights you need to be careful 🙂 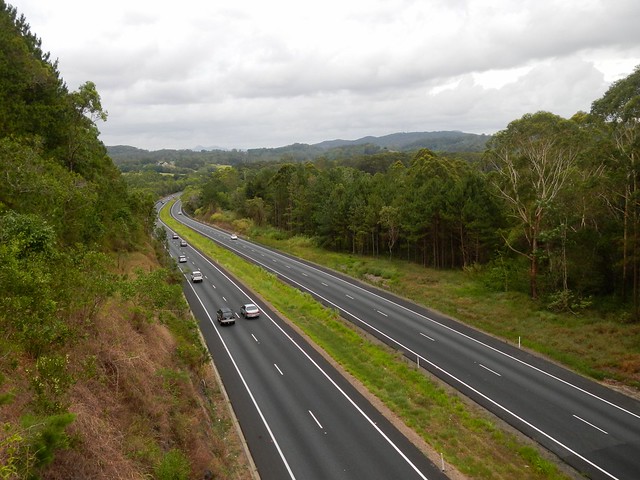 After a tough climb between Mooloolah and Eudlo, Darb and Wayne left me to continue the final part of the trip at Palmwoods, near Nambour. They’d ridden to my place before the start, and had already covered about 100km. They caught the train back and I continued eastwards over Kiels Mountain. I’ve often seen the overpass while driving up the freeway to Coolum, but this was the first time I’d ridden over it. 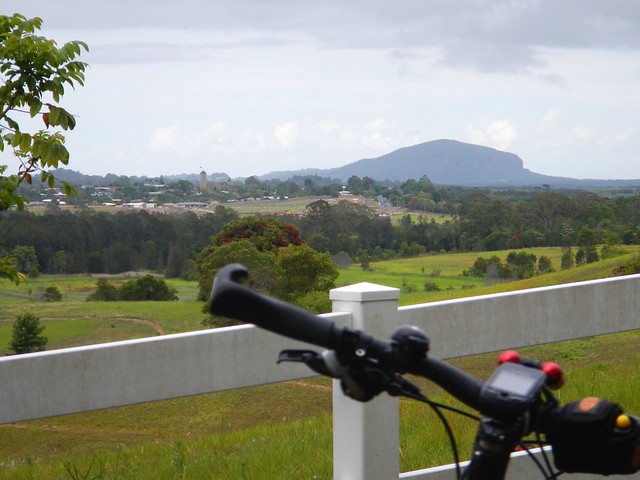 At this stage of the ride, it was hard work grinding up the steep road over Kiels Mountain. Halfway through the roll down the other side, I caught sight of Mount Coolum in the distance which marked the end-point of the ride. 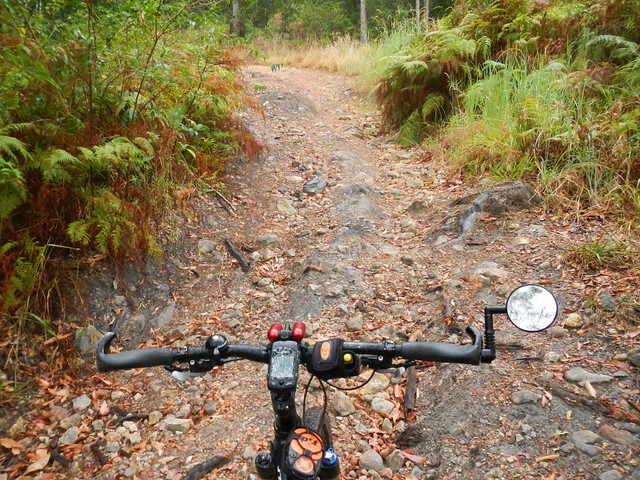 In keeping with the “off-road” nature of the ride, I chose a dirt track which skirted around the western side of Mount Coolum via another national park. Unfortunately rain had made the large rocks on the track slippery, and the gradient was a bit much at this stage of the ride, so I took the “safe” option and pushed the bike up the last hill. 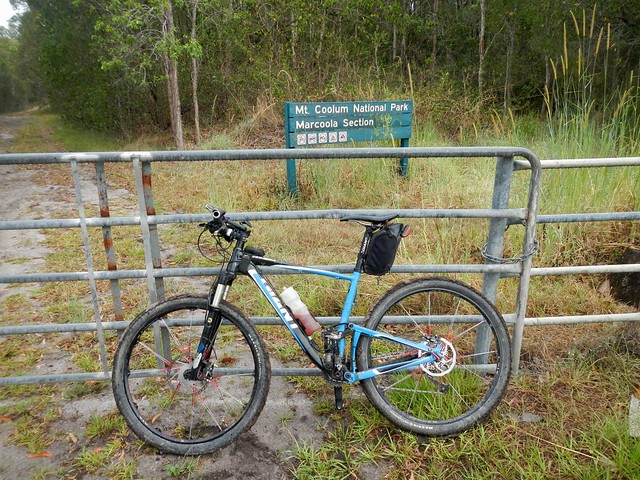 All up, this ride was 115km. It took just under 8 hours including stops. Moving time was just under 6 hours. I burned about 5,200 kcal.

It was easier than I anticipated – mostly flat except for the Eudlo and Kiels Mountain sections. I’d definitely do this ride again, especially with great riding buddies like Darb and Wayne. Thanks guys 🙂