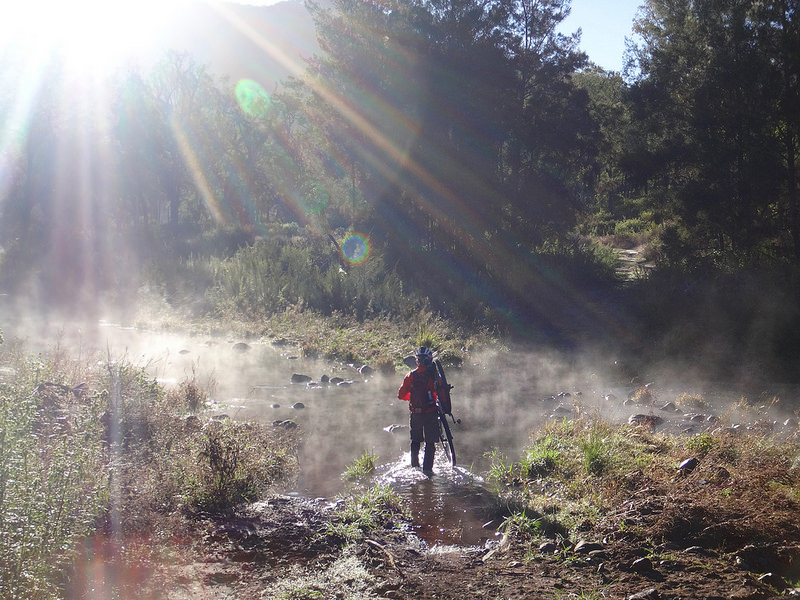 Last week, floodwaters prevented us from reaching the waterfall at the end of the East Haldon valley. This week we thought we’d return to Glen Rock and try our luck again. 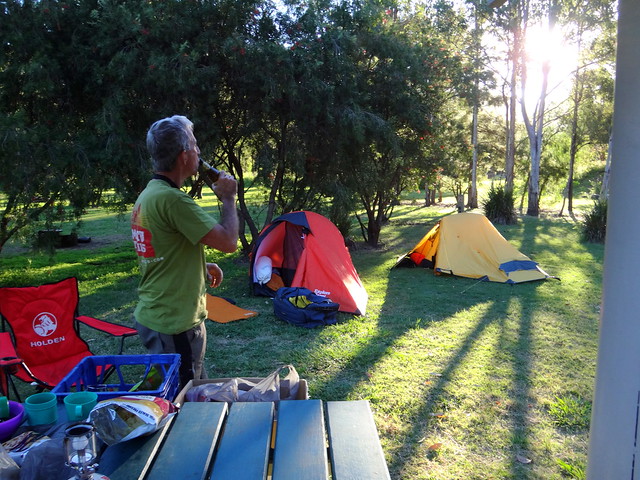 To give ourselves the best chance of achieving our goal, we decided to camp out the night before, so that we could get an early start the next morning. 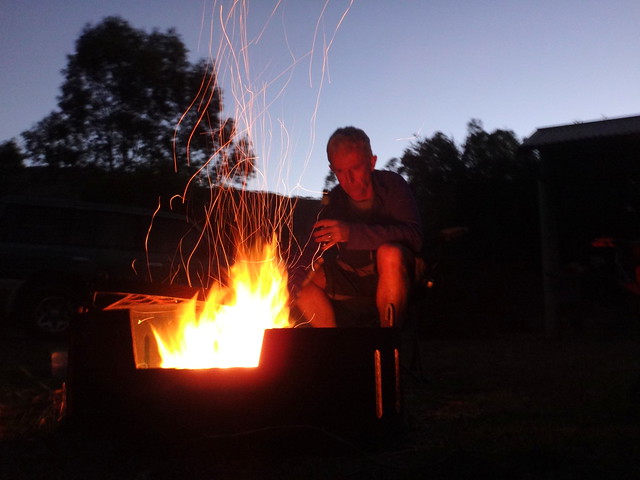 This time of year the nights are cold and the sun sets early. After cooking our dinner we cracked open a few beers and sat around the fire to keep warm. 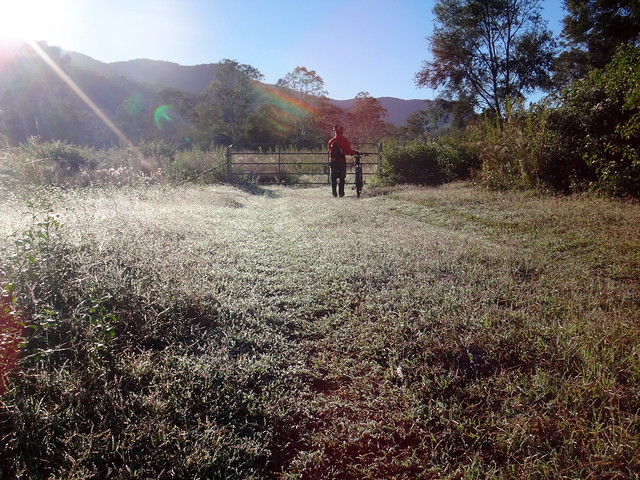 The night was freezing. Literally. The temperature reached zero degrees. There was frost on the ground in the morning. I was grateful for a loan of Eric’s spare balaclava and sleeping bag liner overnight. 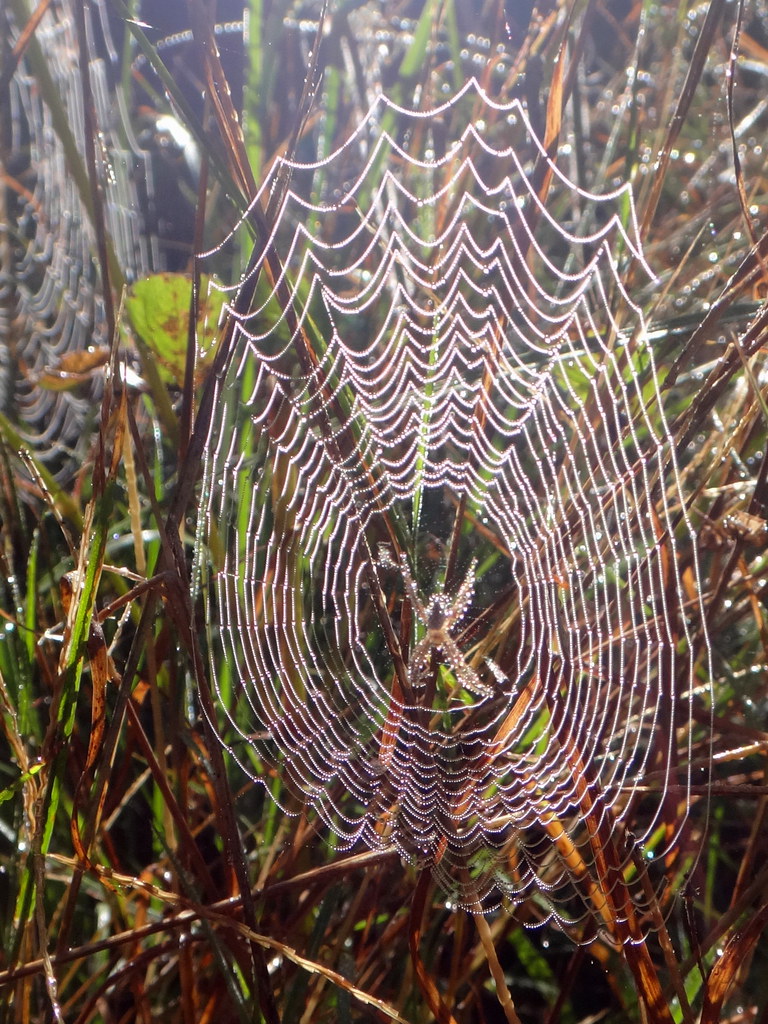 In the brisk morning air, dew-drops hung from spider webs like strings of tiny diamonds. In the middle, a spider patiently waited for his quarry, legs and body also speckled with dewy gems. 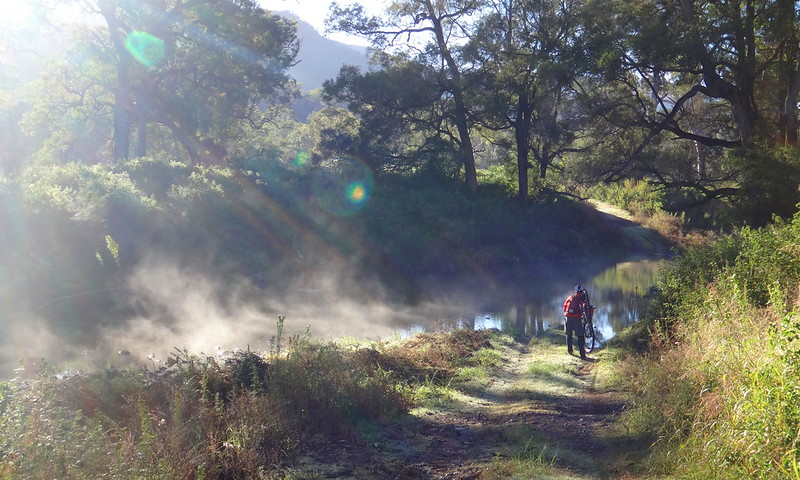 We usually don’t arrive at our destinations so early in the morning, so the sunrise wonderland was a visual treat for us.

I braced for the shock of coldness as we waded through the first creek crossing of the day, but was surprised. Yes, the water was cold, but not as cold as the morning air, so it felt warm on my skin. 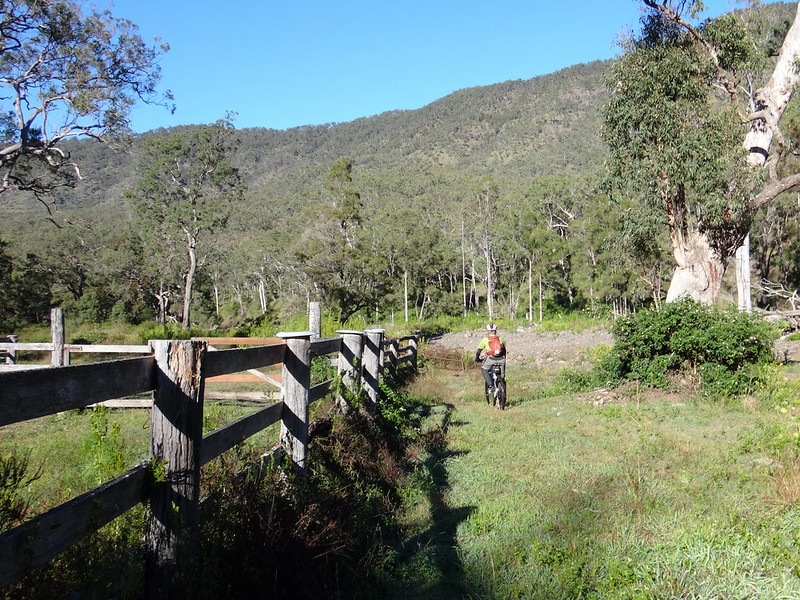 It took us just over an hour to reach “Top Yards”. Last week, it took us almost three times as long to cover the same distance due to the flooded creeks. What a difference a week makes. 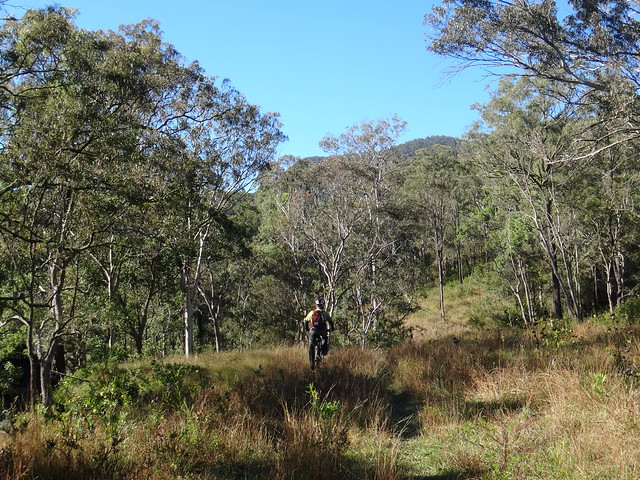 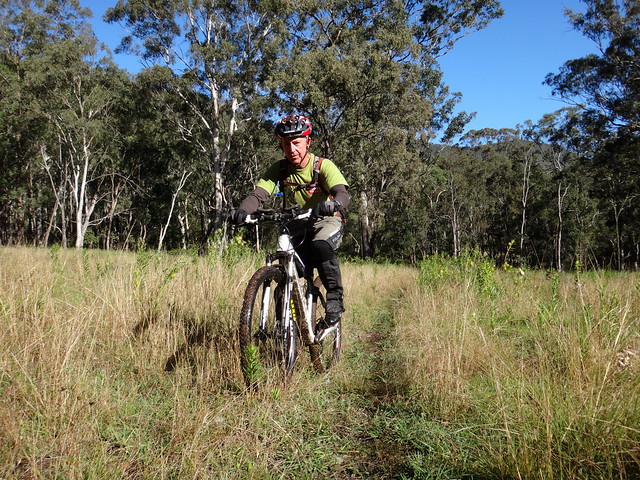 This was as far up the East Haldon valley as we had ever been. The track devolved into a couple of faint tyre tracks in the grass. It was getting harder to pedal. 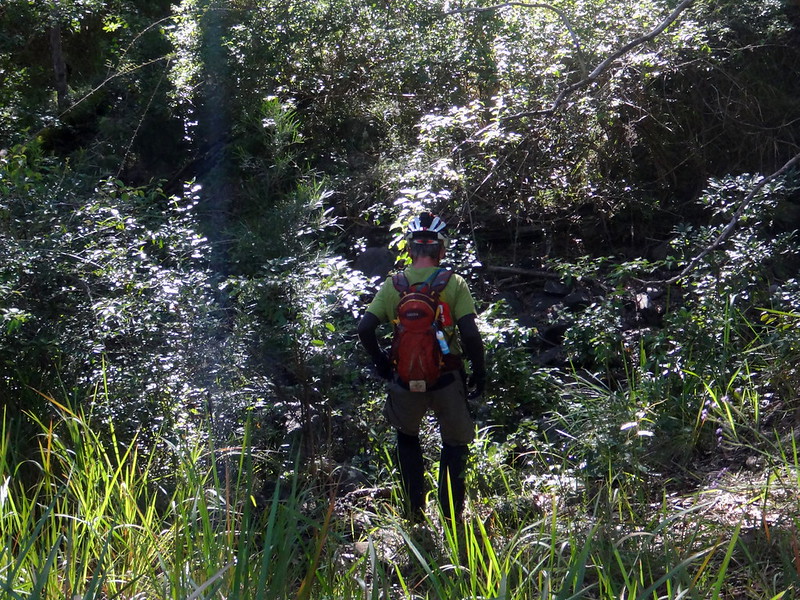 Eventually the undergrowth grew too thick. So we ditched the bikes and continued on foot. 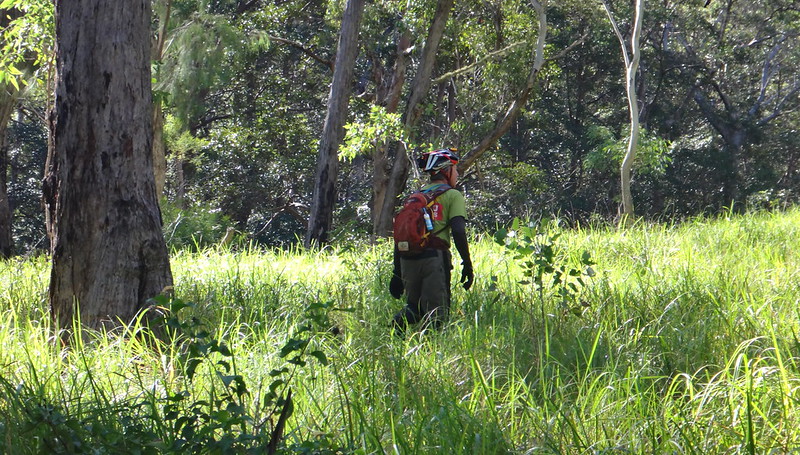 Our plan was to follow the creek as far as we could. If we were lucky we’d get to the end of the valley and see the waterfall. 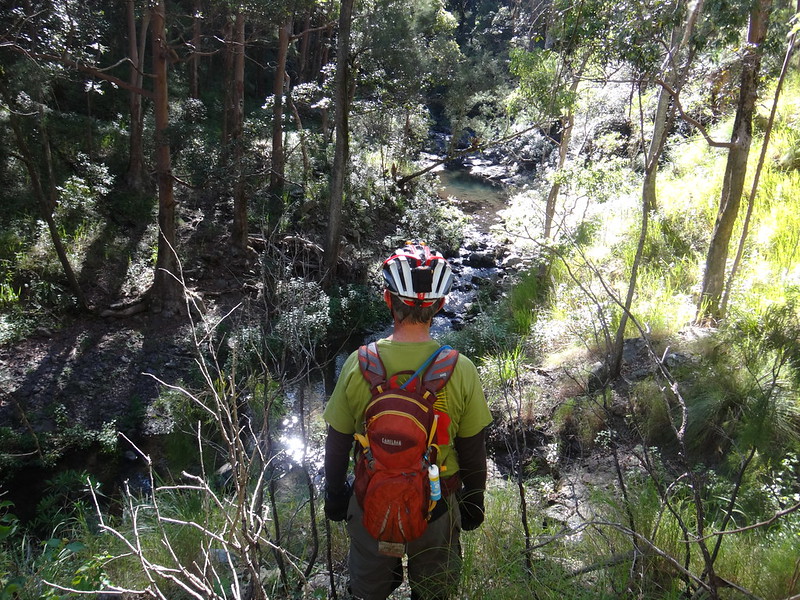 This was gorgeous country. Pristine creek waters bubbled over ancient rocks through a rugged forest. 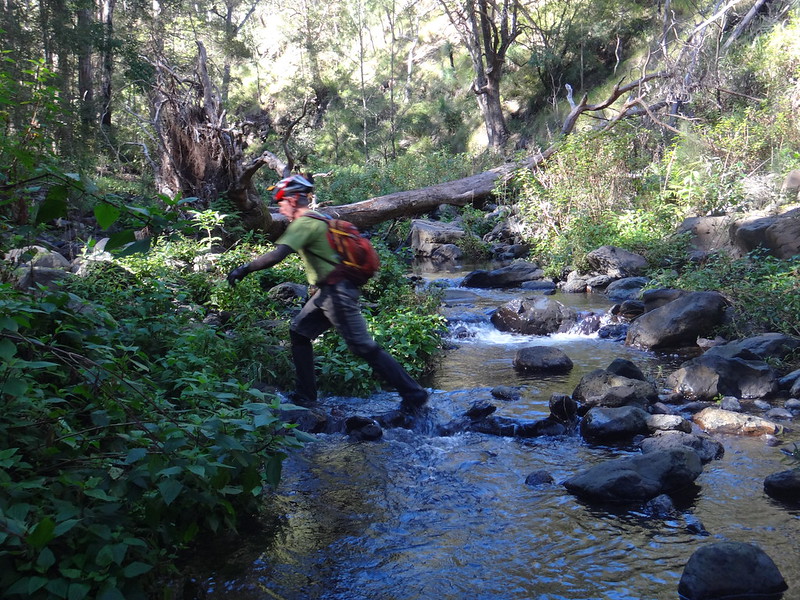 Unfortunately it was tough going. Rock-hopping over slippery boulders is slow and hazardous work. 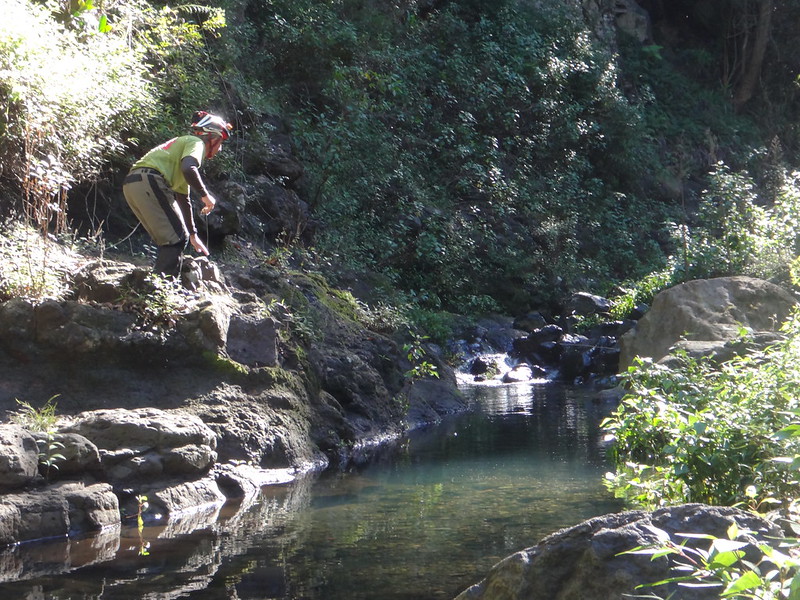 The banks grew steep, and the creek was full of deep waterholes. It was beautiful, but it was too difficult to proceed any further. 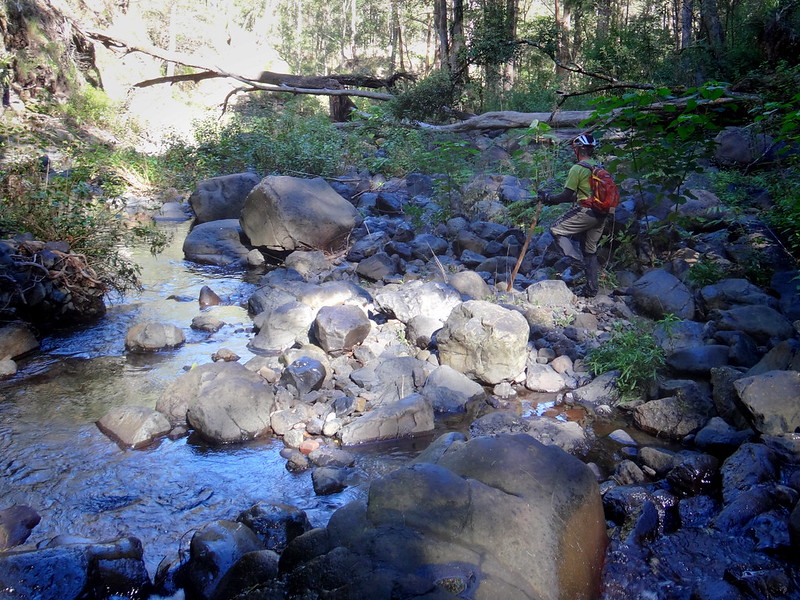 As we turned around and headed back downstream, neither of us were too disappointed. 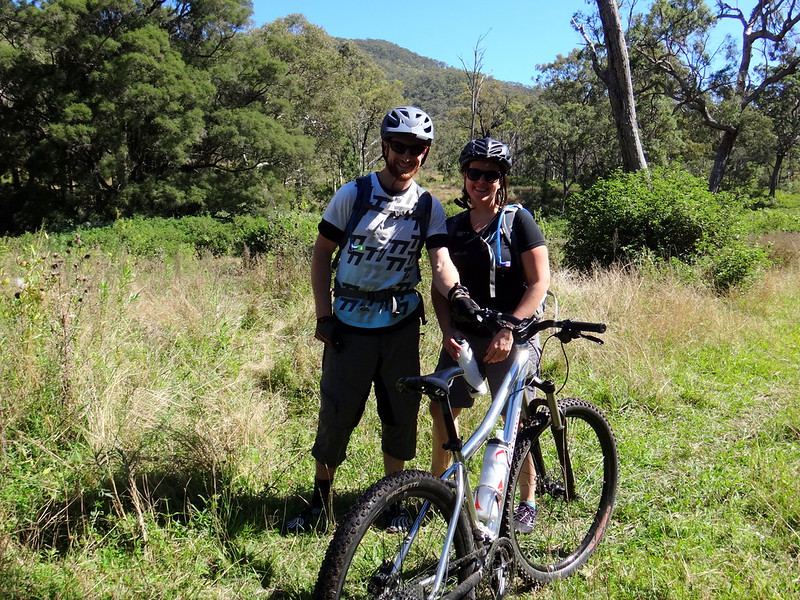 On the way back down the valley we met Dani and Brett who were also exploring Glen Rock State Forest on bikes. We were delighted when they agreed to ride with us for the rest of our adventure. 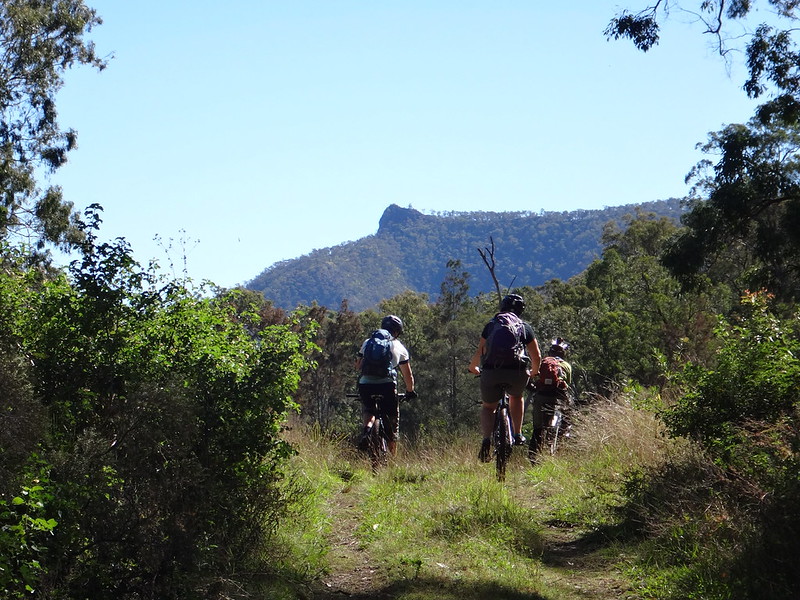 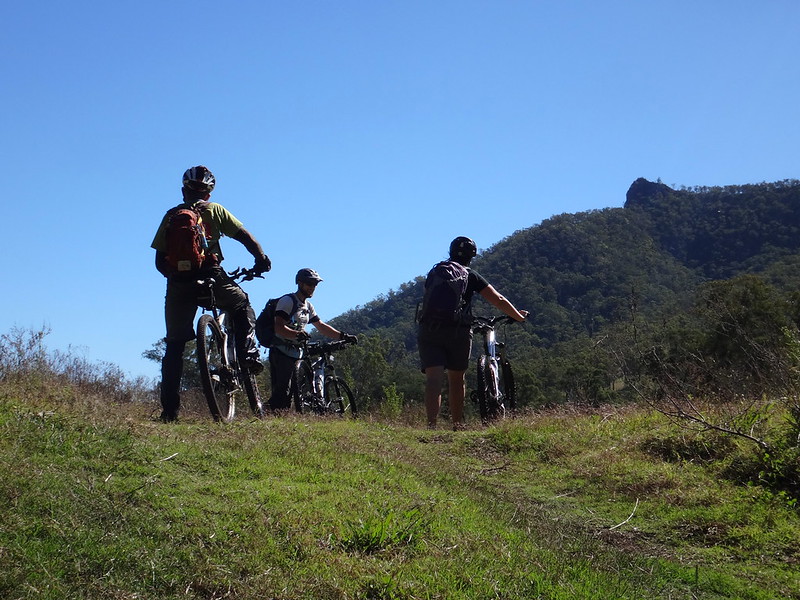 The unusual shape of Glen Rock loomed over us as we retraced our steps.

We stopped at Abbotts yards to see if there were any mandarins on the tree. One ripe fruit was perched a little to high for us to reach, but it was fun trying. 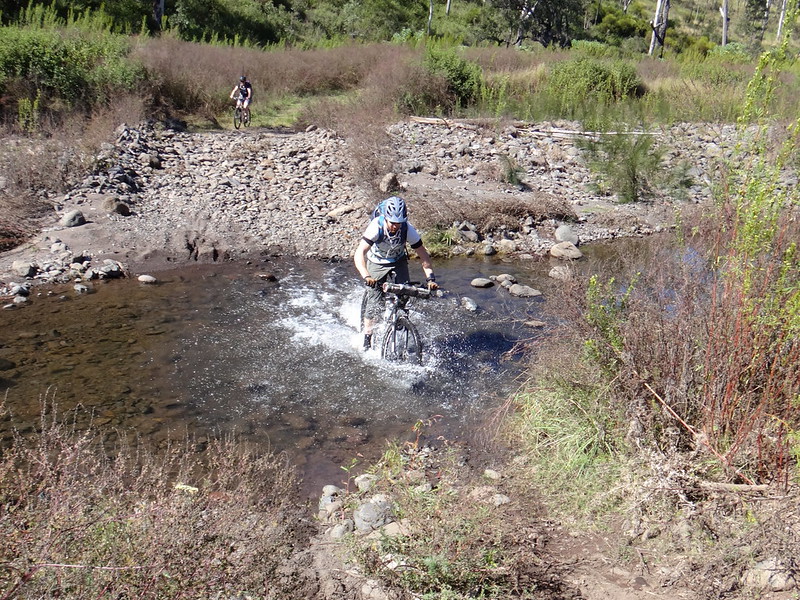 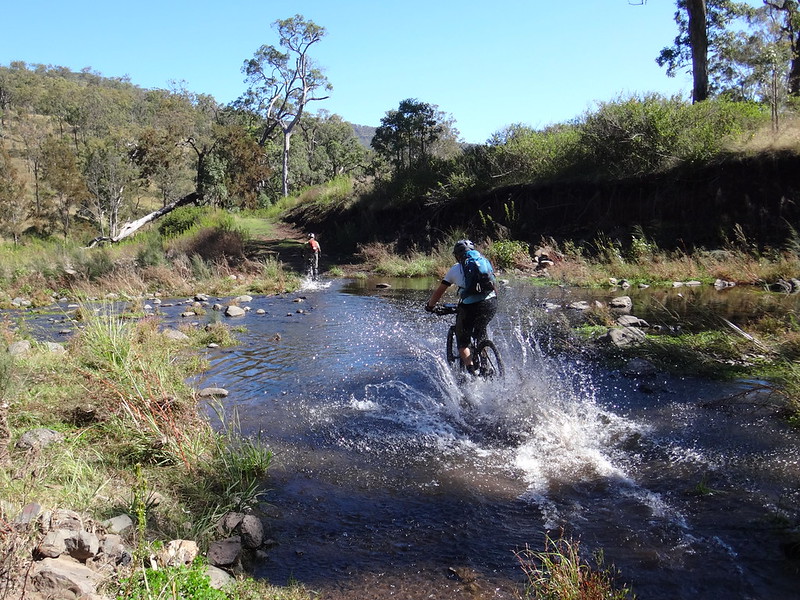 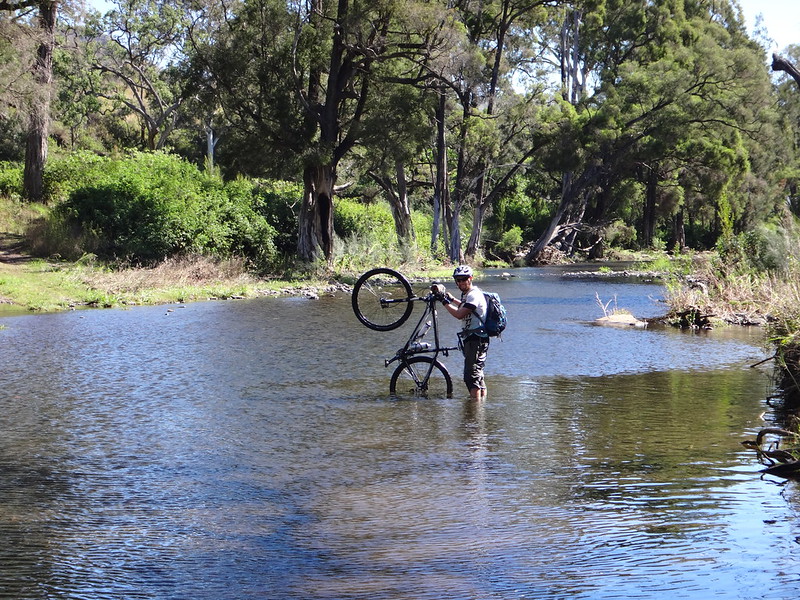 …although he didn’t do too well on the wider crossings 🙂 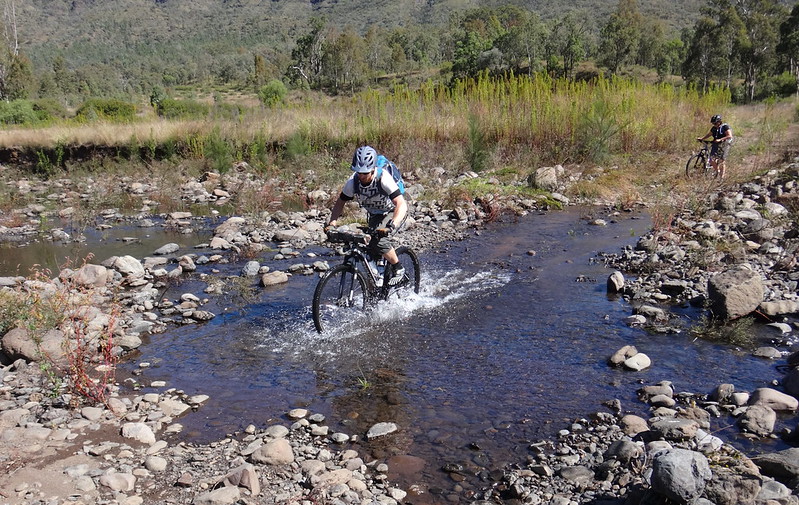 Eventually we reached the final crossing of the day. Last week it had taken us over an hour to cross here. Today it was over with a splash in a matter of seconds. 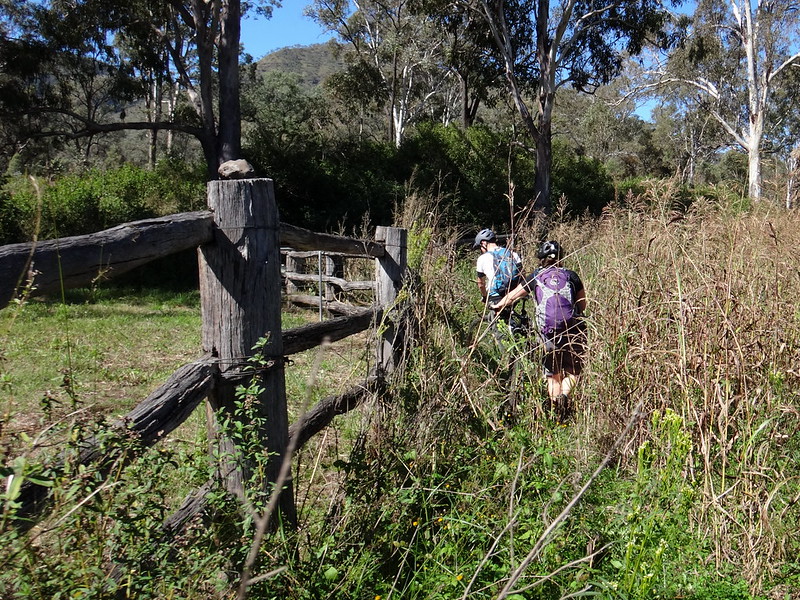 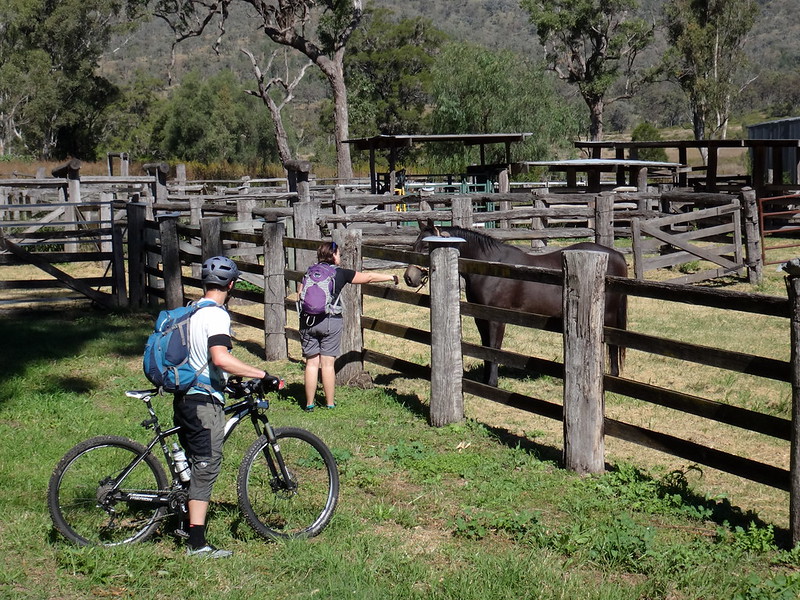 We bashed our way through high weeds around the back of a paddock and said “G’day” to a friendly horse on the way through.

Glen Rock State Forest is a stunning place to visit.

It takes over two hours to drive there from Brisbane, so if you plan on a big adventure it might be helpful to camp there the night before.

But it’s very cold – so make sure you bring warm clothes or light a warm fire!

Thanks Eric, Dani and Brett for another memorable adventure! 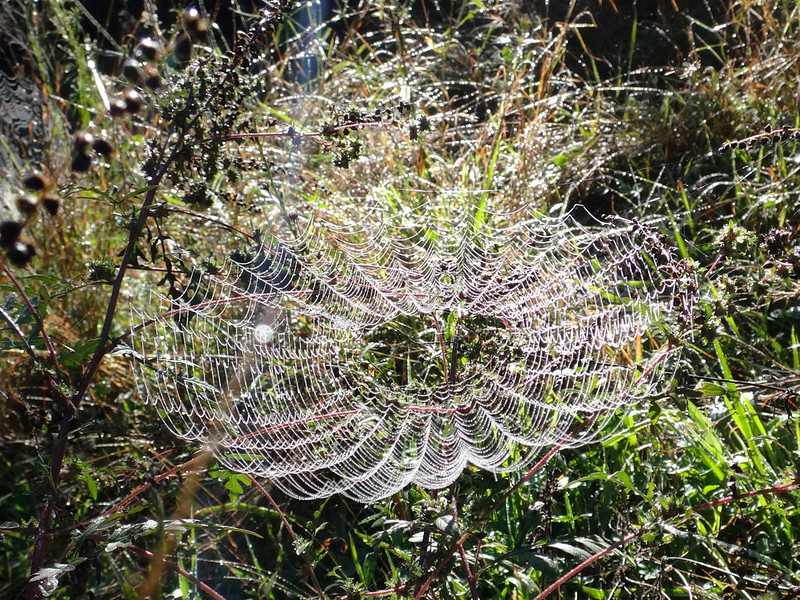 3 Replies to “The Hidden Valley”