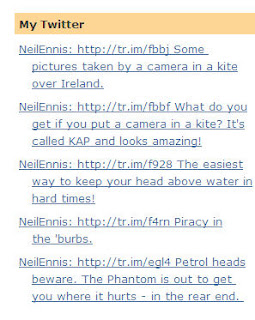 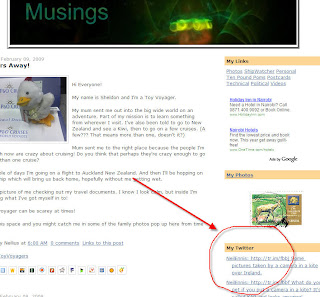 We’re going on a cruise in just over a day. I’ll try to upload at least one photo per day here, but sometimes it’s hard when you’re on a ship because they communicate via satellite, which is really slow.

BUT, I will be sending micro-updates via Twitter. It lets me send updates via SMS on my phone, which is really cheap.

You can see my twitter updates on the right-hand column of this blog.

As you can see from Sheldon’s post below, we’re also taking a cute little Toy Voyager with us, and I’m sure he’ll try to get his face in a few photos too.
I think I’d better start packing. I’m the only one in our group who hasn’t started yet!

Coming Up For Air