(Many thanks to Ron Perske for taking the pictures today. My camera has broken from over-use, so Ron very kindly agreed to be our photographer)

The late Autumn weather in South East Queensland has been amazing, which inspired me to do some more exploration around the Glasshouse Mountains and Peachester. The only problem was that once I’d committed with a couple of friends to do the ride, it started raining 🙂 So it ended up being a bit muddier than we had anticipated. 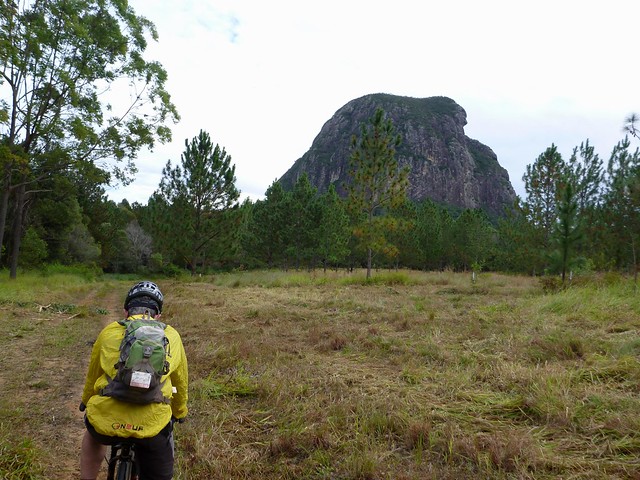 Eric, Ron and I started our ride from Matthew Flinders park at Beerburrum, under the brooding watch of Tibrogargan. The park is named after Matthew Flinders who camped there in 1799 – the first european to visit the area. He intended to climb Tibro, but it proved too steep for him, so he decided to have a go at the much easier Mount Beerburrum instead. 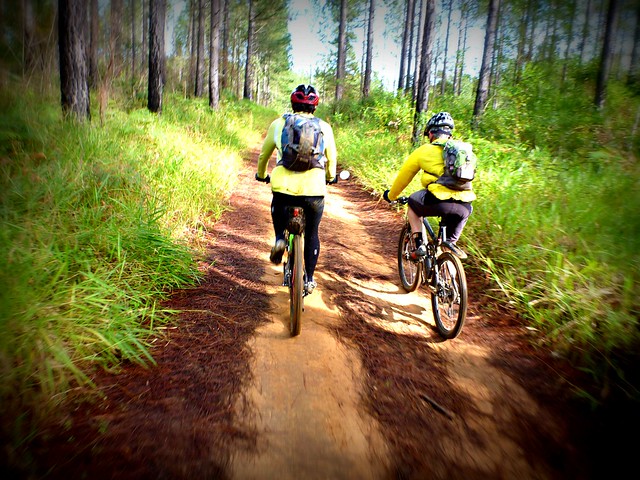 We headed west through the forest towards the lookout. Rain from the night before had soaked some of the trails, so within a quarter of an hour we and our bikes were quite muddy. 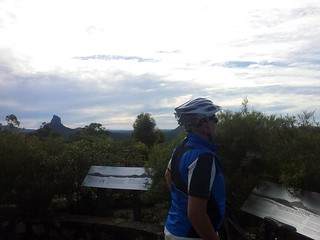 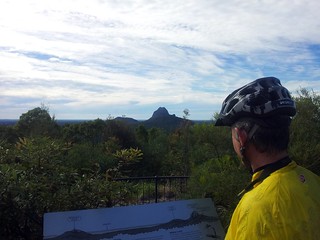 After completing the steep climb through the bush up to the lookout, we took a break to enjoy the view and try and get some of the mud out of the bike chains. I brought an old rag, and a bottle of wet-weather chain lube. I discovered that drowning the chain in lube kept most of the mud at bay. 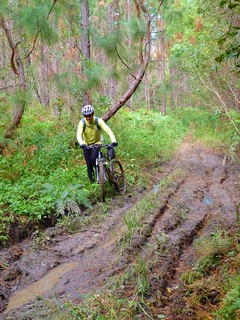 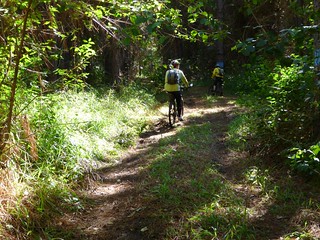 As we headed into Peachester Forest, we just followed whatever trails looked interesting. We had a basic plan of where we wanted to go, but whenever we came across a winding trail heading off to the side, we checked it out. Sometimes that turned out well. Sometimes we ended up to our axels in muddy water 🙂 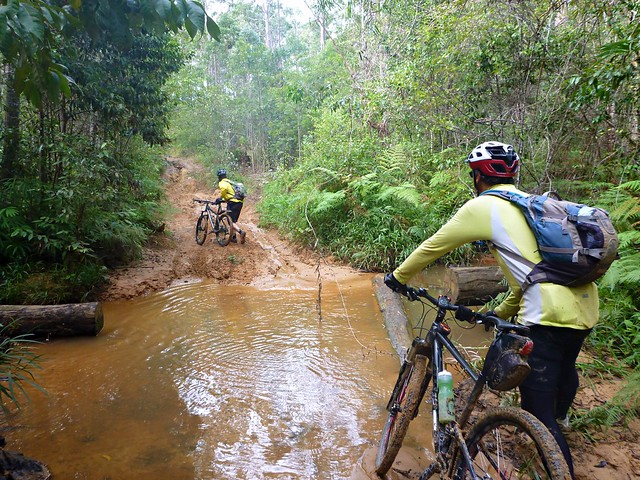 …sometimes we got our feet wet.

Eventually we ended up at Peachester for a bit to eat and a drink, followed by a quick descent down Old Peachester Road, then back to the cars along Old Gympie Road.

The fun thing about today was that we didn’t have a fixed agenda / schedule. The flexibility meant we could follow a whim and see where some trails ended up. The knowledge we gained will be really useful in planning future group rides through the area.

This ride was about 50km, and took about 4 and a half hours. I burned about 2,700kcal and climbed about 900m in vertical ascent. I’d rate this ride about 7 out of 10 on the tough-o-meter. There are one or two short difficult pinch-climbs, and the mud made it a bit more of a challenge. It’s not really a ride to do in wet weather so leave it for the dryer winter months.