Spicers Gap was used for thousands of years by indigenous Australians as a pathway over the Great Dividing Range from the inland to the coast. It was named by Alan Cunningham in 1828, but it wasn’t until 1847 that European Settlers became aware of the route, when stock-man Henry Alphen discovered it was a much easier way of moving his stock over the range than the treacherous Cunninghams Gap 7km to the north. It then became a popular route for bullock drays moving bales of wool, 6 tons at a time to the Moreton Bay settlement.

Today Darb and I decided we’d see how much “Bullock Power” we had in the tank and road our mountain bikes up and over Spicers Gap. 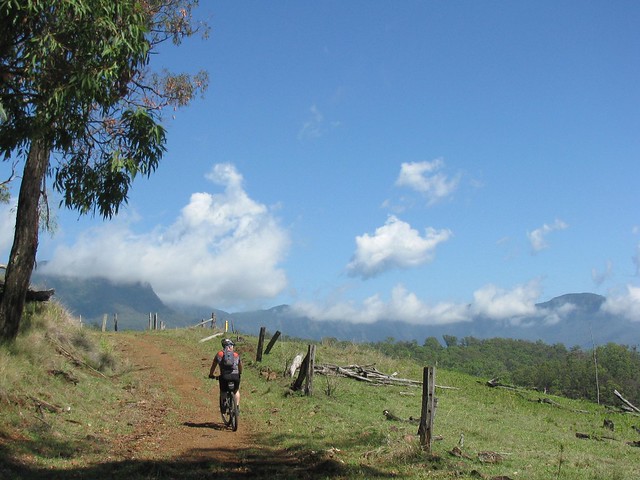 The road up is steep, and rough in places, rising about 600 metres in about 6km. Darb and I just put the bikes in “Granny Gear” and took our time riding up. Late November days in this part of the world are hot and humid, so we though the smart thing was to take a nice steady pace. 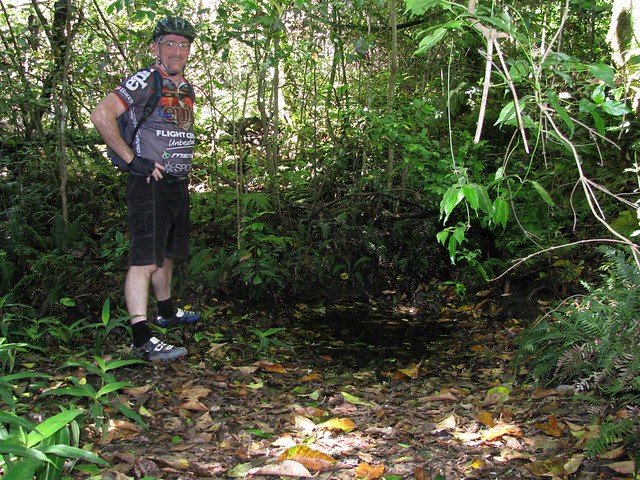 Just before we got to the lookout at the top, we stopped at Moss’s Well. From a distance it looks just like a puddle, but this freshwater mountain spring produces clean fresh water. It was named after Edward Moss, a contractor who was supposed to fix the boggy roads by laying logs across them. He never finished this “Corduroy Road”, but he was credited with finding this spring.

The panoramic view at the top from “Governors Chair” lookout is magnificent. 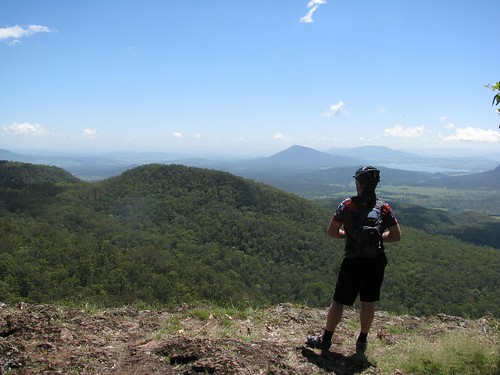 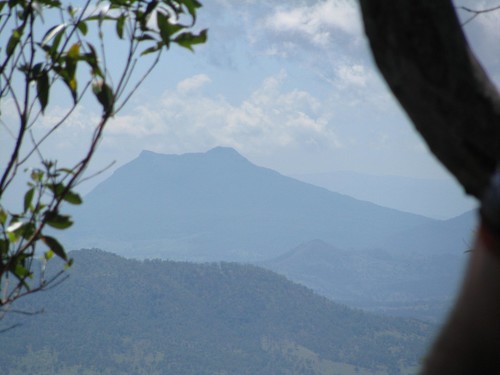 It’s called “Governors Chair” because several notable people including Governors Fitzroy and Bowen came here and sat on the rock to enjoy the view. You can see for miles. 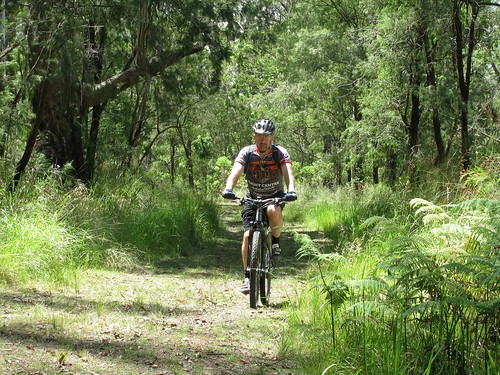 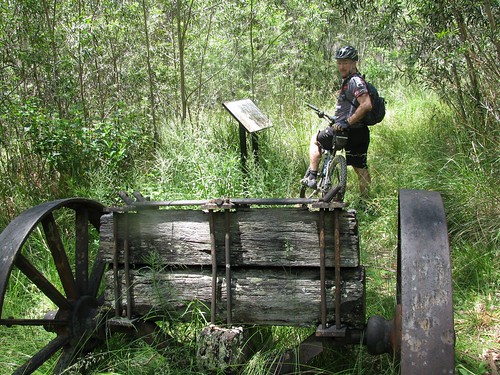 The road at the top has been preserved to show some of the different methods used in nineteenth century road construction. There’s also an old Jinker up here. Darb wondered whether a man on a bike had as much power as a bullock. Needless to say the Jinker stayed put, so the Bullocks won this round 🙂 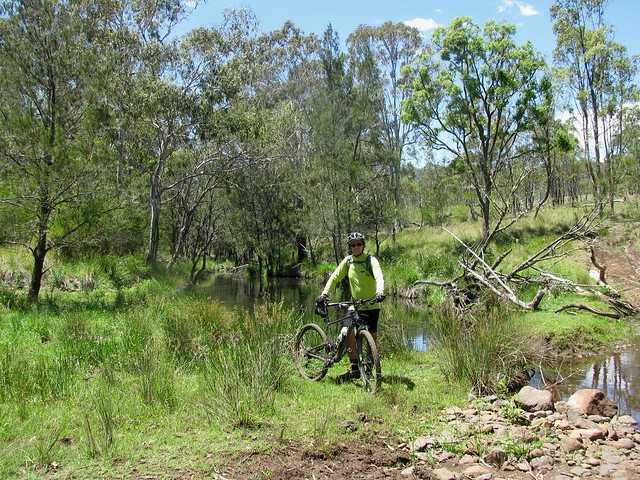 All up 35km in about 4 hours with 1,250m of vertical ascent, and 3,200 kcal burned. Because of the summer humidity, boggy black soil, and flies (myriads of them) I’m giving this one 8.5 out of 10 on the Tough-o-meter. If you do it in winter when it’s cool, dry and the flies aren’t around, it would probably rate as 7.5 to 8 for toughness. So if you want an easier day, do it in Winter 🙂

Thanks for a great ride, Darb. And thanks, once again, to Gillian and Mark for giving us this idea in the first place via your wonderful book “Where to Mountain Bike in South East Queensland”