“Let’s ride up the valley as far as we can,” I suggested to everyone before to our ride at Emu Creek.

The long narrow Emu Creek valley passes through some remote and rugged country, ending at “The Steamers” – a stunning mountain formation in hidden pocket of the Great Dividing Range. They’re called “The Steamers” because from some angles, the odd-shaped peaks look like the profile of a gigantic steamship pushing up the valley. We caught a glimpse of these amazing mountains last year when we explored the high plateau in Gambubal State Forest. I was eager to return and catch a glimpse of them up close from the valley floor rather than from up high.

We parked the cars at the small hamlet of Emu Vale, and started riding up the valley along Emu Creek Road.

After a brief stint the tarmac, we continued on gravel.

The creek crossed our path many times giving us plenty of opportunities to hone our riding skills over causeways and rocks.

I made a mental note of one pleasant billabong beside the road and thought “This could be a nice place to swim on a hot day. Perhaps we should come back in summer?” The road undulated for over twenty kilometres up the valley. Sometimes upwards, sometimes downwards, but gradually increasing in elevation as we progressed.

“What mountain is that?” Martin asked.

I had no idea at the time, but later discovered it was Mount Bauer standing 1,145 metres in height.

The valley was over 600 metres above sea level, so any peak that rose above the valley would be high. Through the trees, Emu Creek snaked peacefully up the valley.

Mount Guymer loomed ahead, even higher than Bauer at over 1,200 metres. Imposing cliffs dropped 200 metres in some places.

Eventually we reached “Broangus”, the last farm in the valley before the national park.

Behind the farm-house and the trees, the sheer cliffs of “The Prow” marked the eastern most peak of the Steamers. We followed the creek up the valley. I was surprised how much water was flowing this far upstream. Full creeks, lush grass – whoever owned this farm would be smiling at their good fortune.

I lost count of the number of creek crossings we rode through.

We pedaled through most of them, totally saturating our shoes.

At other places the water wasn’t clear enough, so we carried the bikes in case of hidden obstacles. 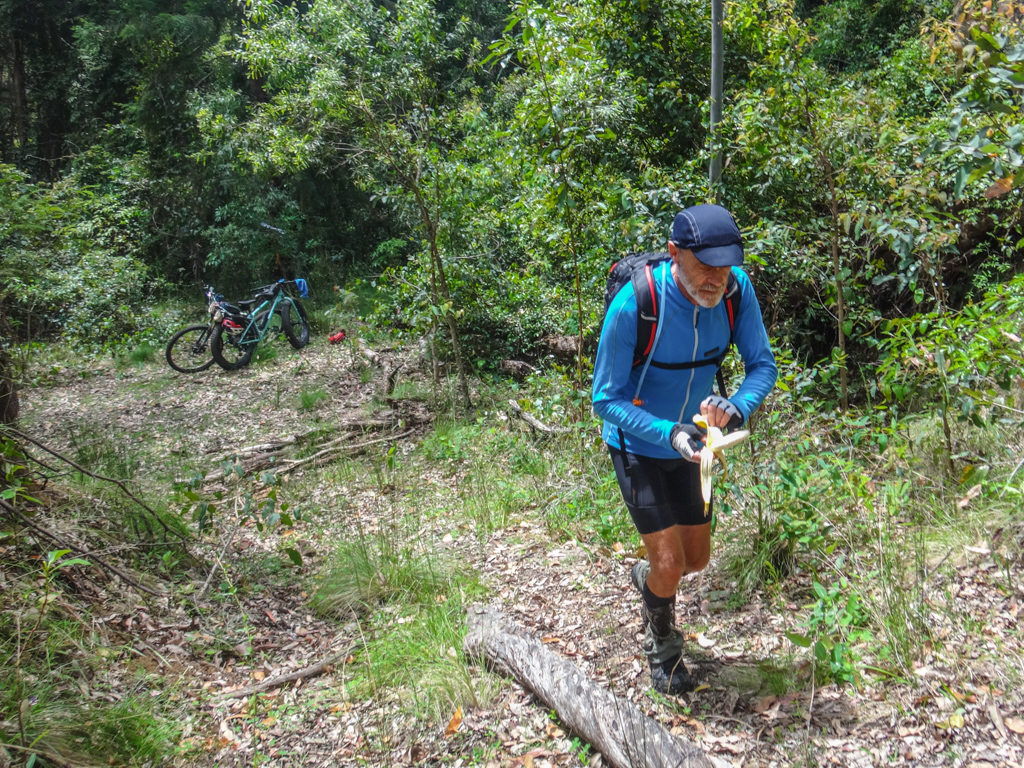 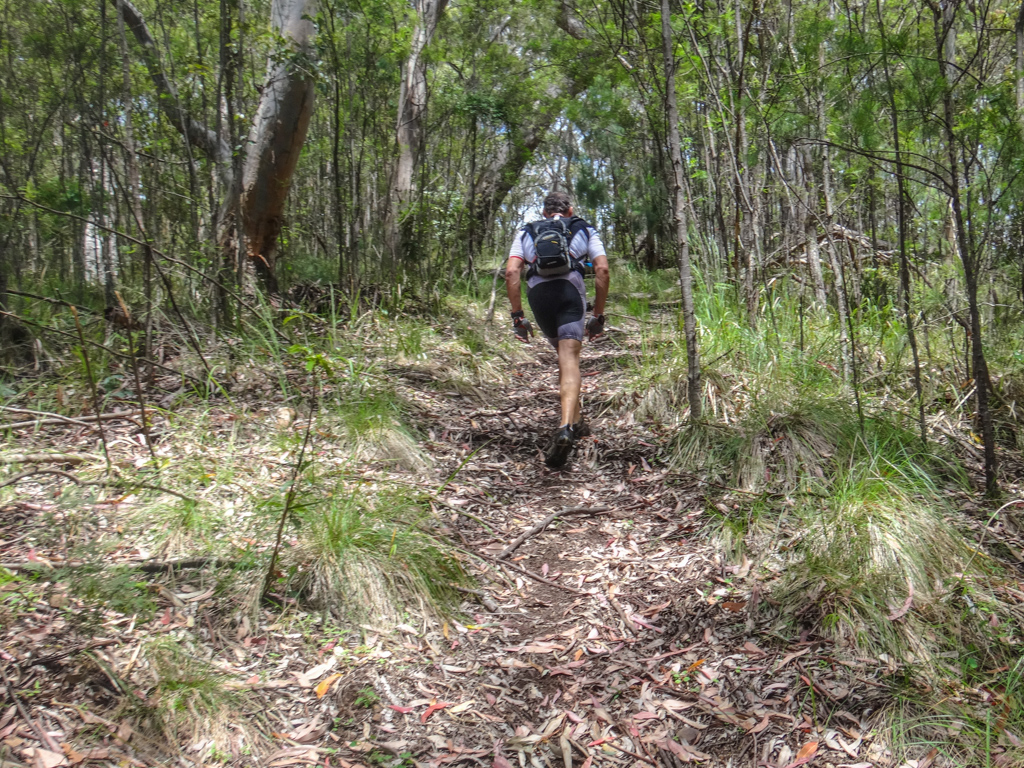 At the end of the valley the road stopped and the track pointed steeply upwards.

We laughed, ditched the bikes and hiked uphill for a while, hoping to get a better view of the surrounding peaks. 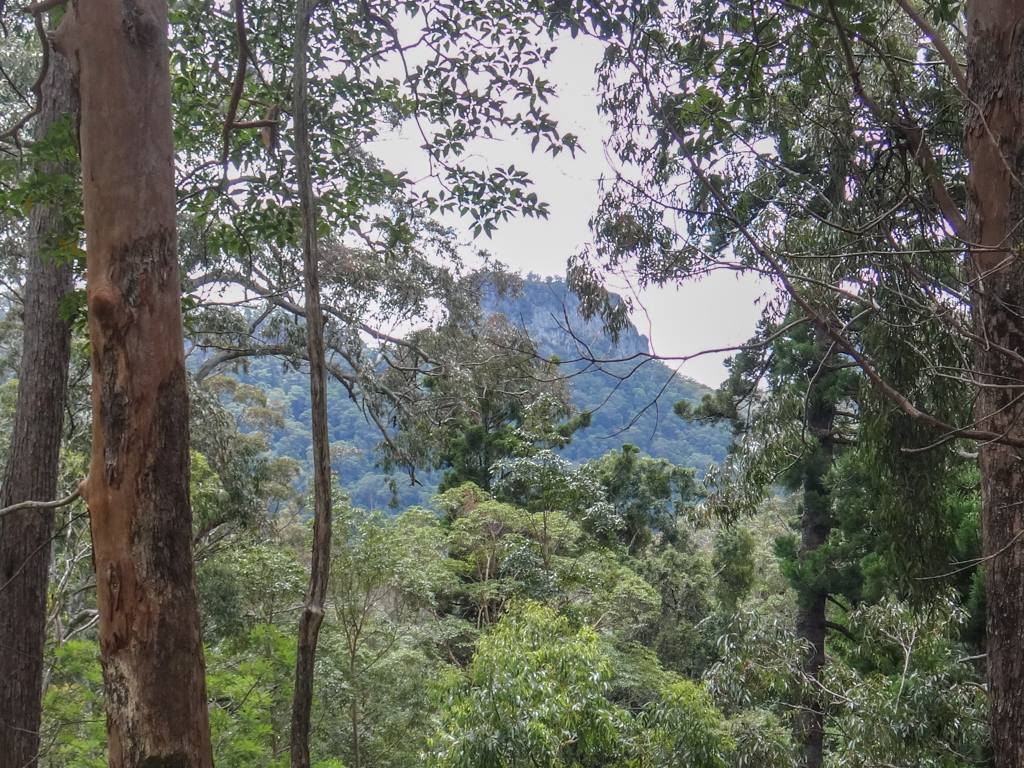 In places I could make out “The Mast” and “The Funnel” – both well over 1,000 metres high with sheer cliffs either side. 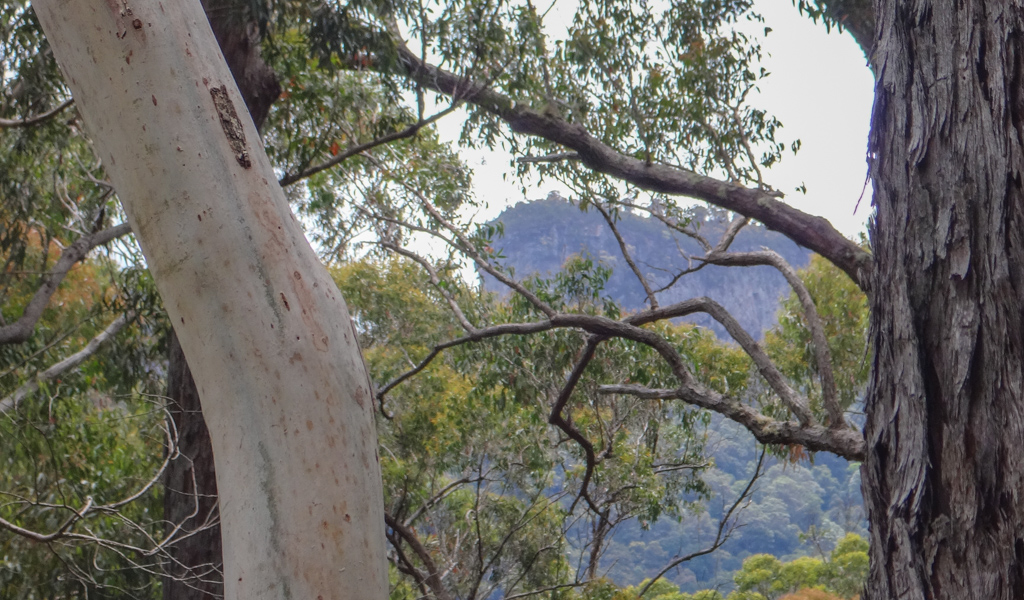 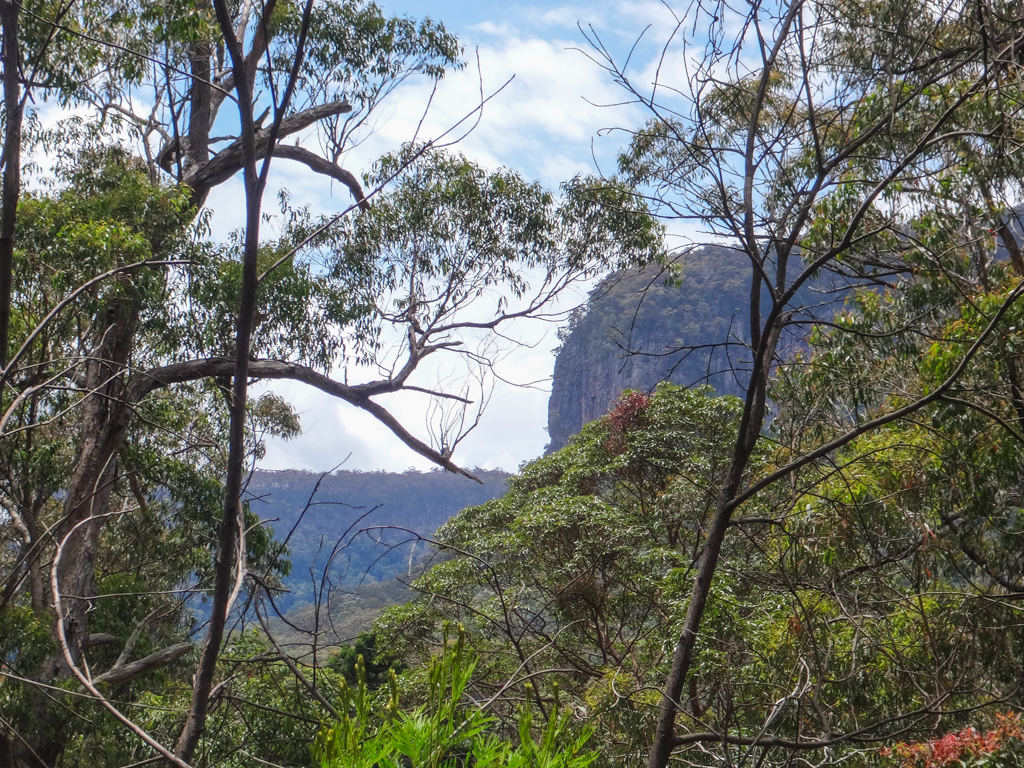 A little further on I could make out the northern face of Mount Superbus – the highest peak in South East Queensland, 1,375 metres high.

The mountains are big in this part of the world.

These slopes were the site of a fatal plane crash in 1955. In a mercy dash from Townsville to Brisbane, a Lincoln Bomber carrying a sick baby crashed on the slopes of Mount Superbus in bad weather. There were no survivors.

Fifty years later, the plane wreck still sits on the side of Mount Superbus, a sad reminder of the tragedy.

The wreck was a two-hour hike from here. We wouldn’t be going that far today.

On the way out, Martin suffered a puncture while riding over the rocky terrain.

Most of the time we use tubeless tyres to avoid pinch flats which occur when rocks push the inner tube against the wheel rim. With no tube in the tyre, there’s nothing to puncture. Martin wasn’t using tubeless tyres today, but managed to fix the puncture quickly. Emu Creek divides in two forming valleys either side of The Steamers.

We had explored the southern valley, and now retraced our tracks a few kilometres so we could have a look at the northern branch.

We followed Old Mill Road along the northern branch of Emu Creek. To our delight it opened up into a large cleared area with views of the surrounding mountains.

Like an amphitheater, we were surrounded on three sides by rocky walls.

Above them all stood Mount Asplenium, another imposing peak at almost 1,300 metres in height. ..then began our long trek back down the valley. Earlier in the morning we had ridden mostly uphill for over 20 kilometres, excluding one or two short dips.

Although it was a gentle slope, the long slow climb had been hard work. Now we had the chance to ride downhill for almost the same distance.

Light rain began falling as we rolled past some of the landmarks we had seen earlier in the day. It was pleasant to ride in the light rain: not too heavy to get us wet, but substantial enough to keep us cool.

The clouds closed in, warning us a downpour was on its way. If we were lucky we might get back in time.

Tyres crunched on dirt. We kept up a steady pace aided by the gentle descent, effortlessly cruising at about 30 km/h.

We arrived back at the cars just as heavy drops of rain started to fall. As we packed away the bikes, a wizened old farmer looked curiously at us from atop his ancient tractor and waved.

We rode about 54 kilometres in about five and half hours, including about an hour on foot on the Lincoln Track.

During that time we climbed about 740 metres in elevation and I burned just under 2,500 kcal.

This was an easy ride in pleasant conditions. 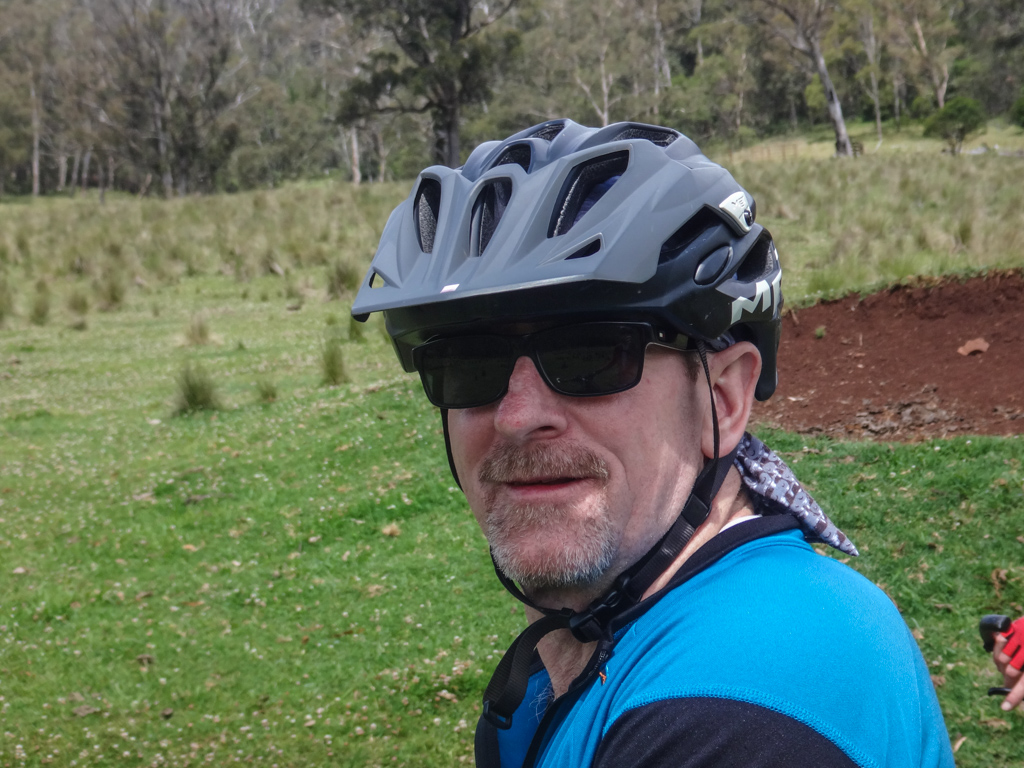 Thanks Calum, Darb and Martin for a fun day out in some spectacular country.

4 Replies to “Under the Steamers”