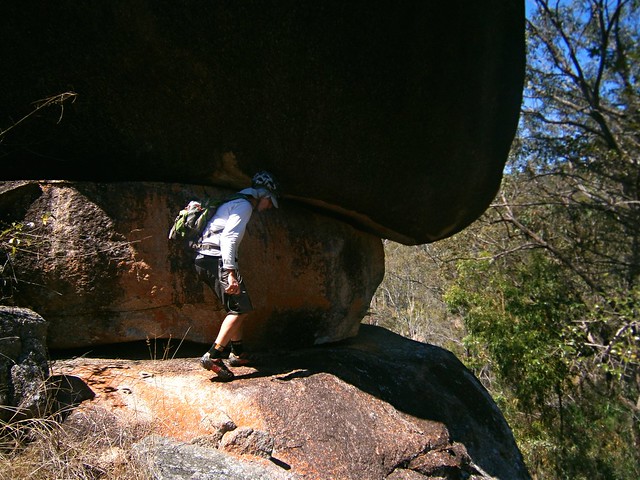 Last week’s ride around Maidenwell was so fascinating that Eric and I decided to go back today and do a bit more exploration.

In 1986, Archaeologist and Paleoanthropoligist, MJ Morwood wrote a paper entitled “The Archaeolofy of Art: Excavations at Maidenwell and Gatton Shelters, Southeast Queensland”, which describes the results of a research project into social and economic complexity in Aboriginal society. One focus of the project was a rock shelter near Maidenwell which was culturally important to the Waka Waka people, and included rock-art and stone tools.

Eric and I were hoping to find the rock shelter. But more importantly we wanted to experience first-hand this magical place of impossibly placed boulders, wedge-tailed eagles and monoliths carved into amazing shapes by the hands of time. 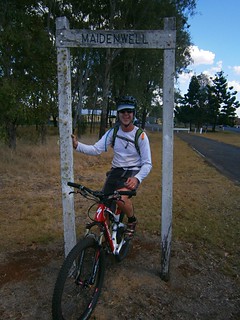 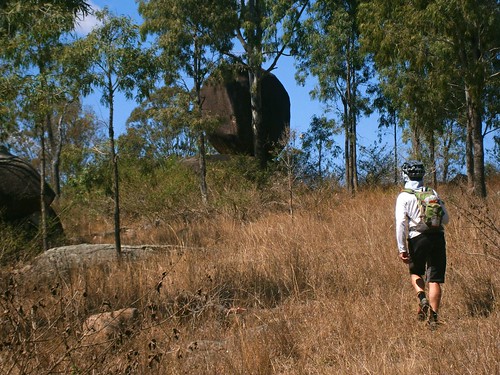 We started our ride at Maidenwell, and headed west out of town until we found an old dirt track heading into the bush. Bain’s Road is named after Ron Bain who was mustering cattle in the area in 1972 and accidentally encountered the rock shelter. We ditched the bikes part way along this “road” and decided to go for a bit of a wander in the scrub. 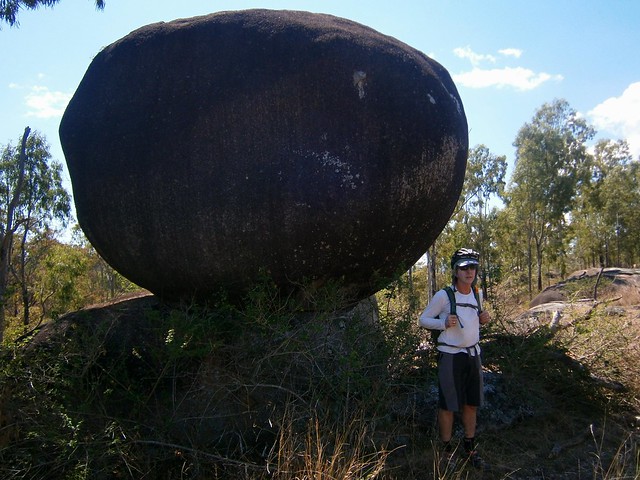 The thing that immediately struck us was the way many of the huge boulders were perched in such precarious positions. It looked like some dream-time super human had picked them up and scattered them like play-things. 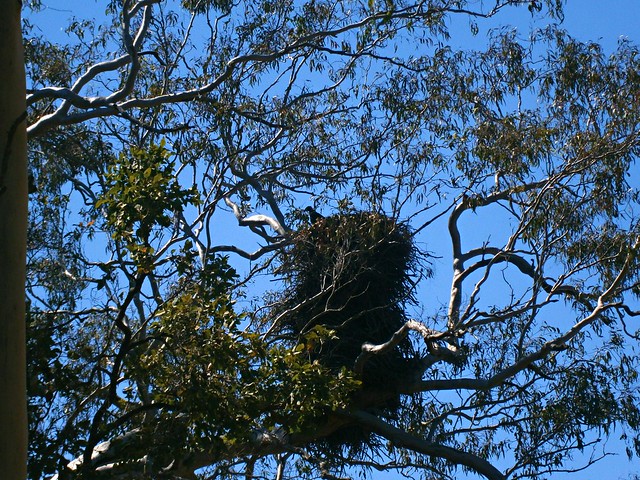 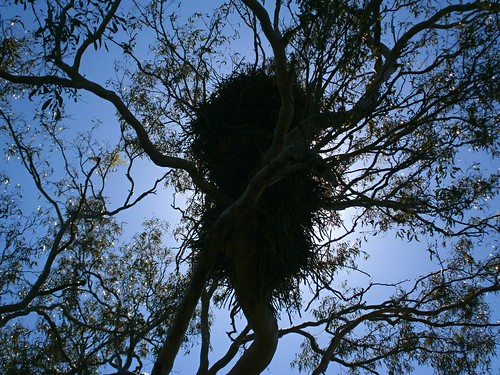 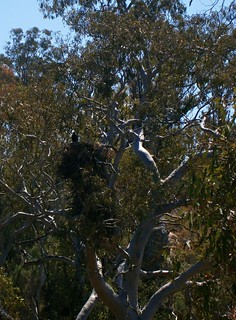 As we scrambled over rocks and through the lantana, we encountered this amazing Wedge-tailed Eagle’s nest, containing a solitary chick. Mr and Mrs Eagle were aparently out hunting for small dogs and stray children. The nest was perched atop a tree, over ten metres above the ground. But most impressive was the way the eagles had added to the nest each year until it was over two metres in height. I’d never seen such a huge nest before. 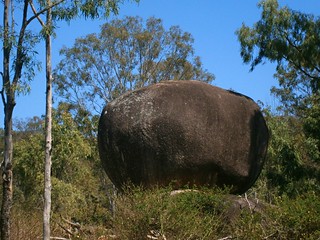 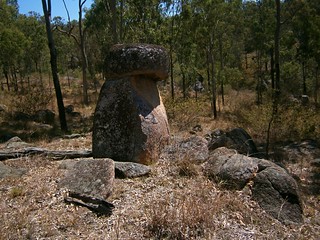 While we were trying to find the rock shelter, we kept encountering weird formations that looked like celestial marbles, or an Aboriginal “Stonehenge”. 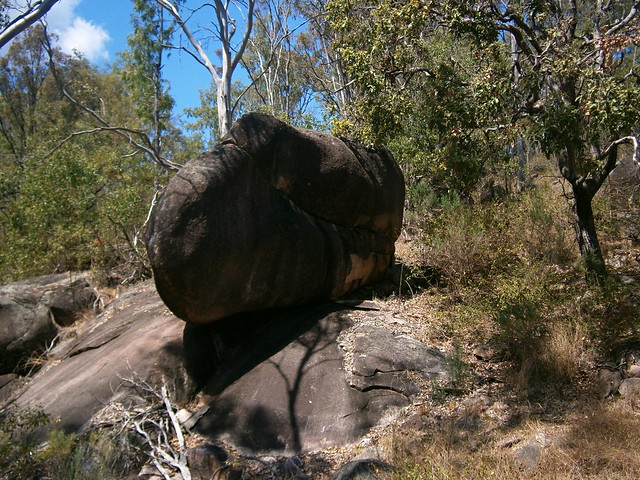 This one looked uncannily like full-scale replica of a whale. 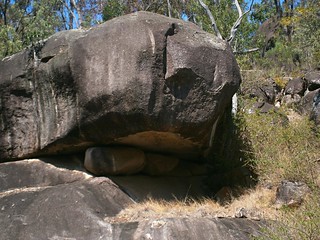 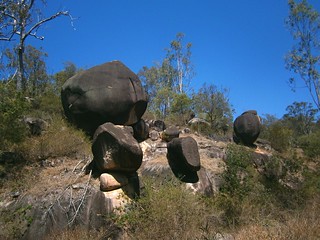 As we bashed through thick lantana, and scrambled clumsily over rock-faces in our cycling shoes, the rocks formations got stranger and it became obvious why this place is so spiritually important to the Waka Waka. 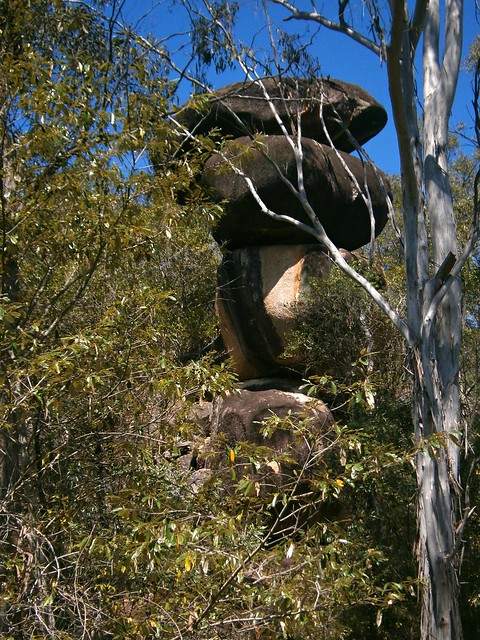 This one was stunning. How the heck do you end up with 4 boulders, each probably weighing ten tonnes, to sit on top of each other like that. Eric, the geologist, tells me it’s a result of millennia of weathering. My gut feelings suggested more supernatural origins. 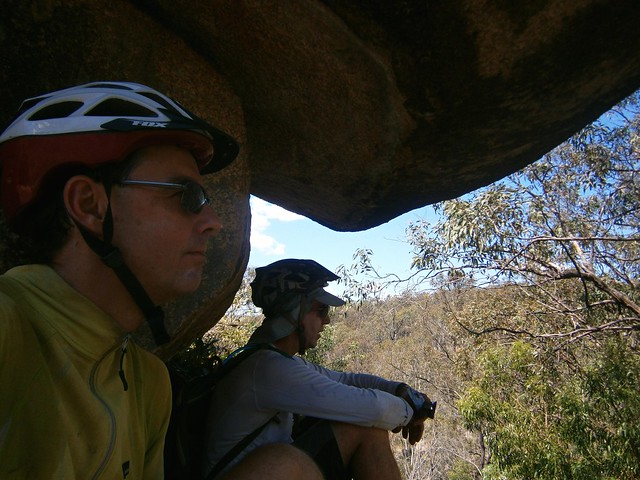 Eventually the heat and lantana scratches got a bit much, so we sat in the cool shade of an overhanging boulder and had a short break and a snack. 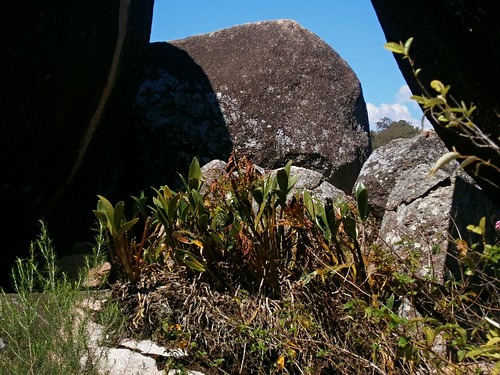 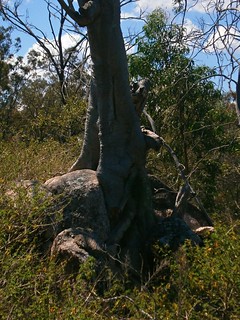 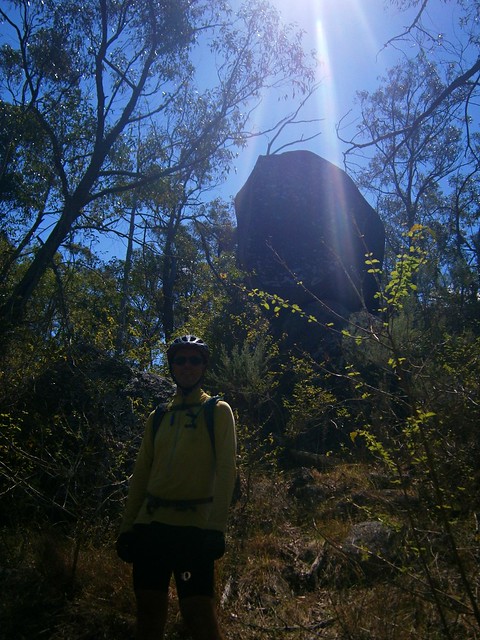 Although the rock shelter eluded us, we both felt like we had an awe-inspiring experience wandering among these granite monoliths. 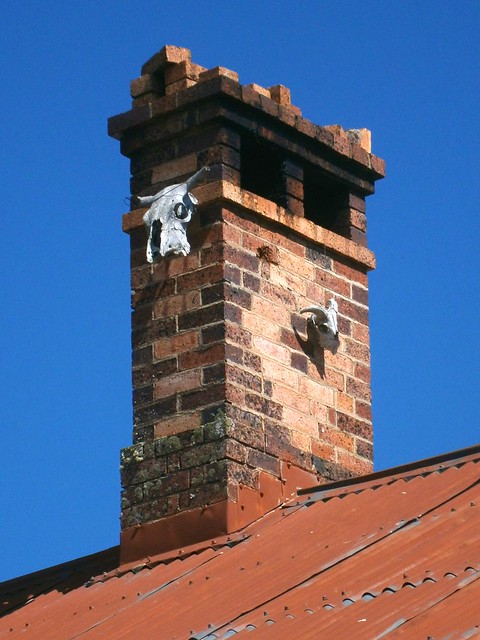 The loop we did on the bikes out of Maidenwell was only about 12km. The ride down Bain’s Road and Brooklands Peron Road is a lot of fun on a mountain bike and relatively easy. Some of the other tracks that we visited in the area are on private property, and should not be accessed without permission.