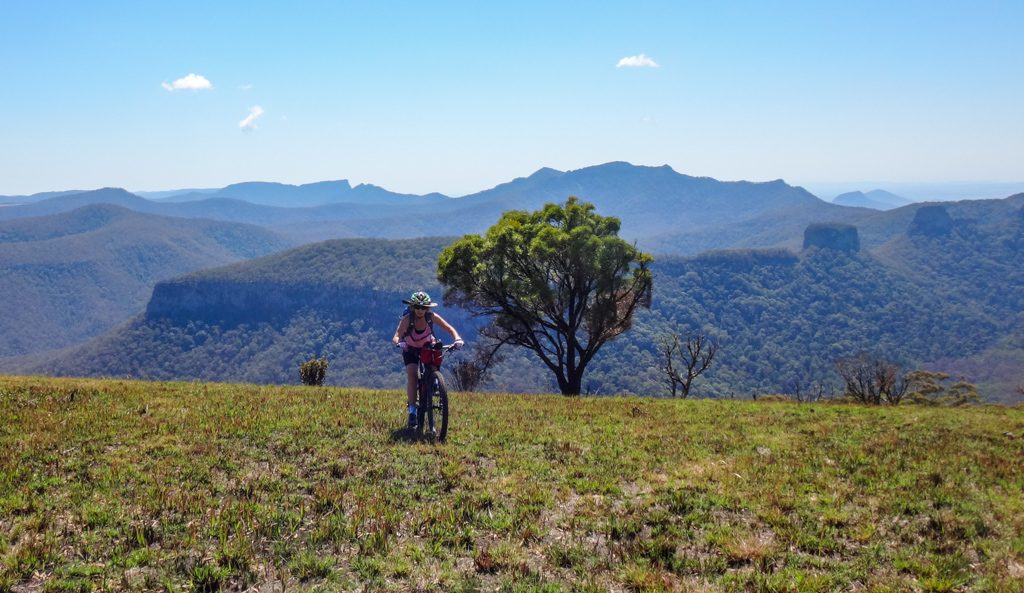 Bald Mountain has some of the most stunning views you’ll see in South East Queensland, if you’re prepared to spend a couple of hours pedaling uphill. 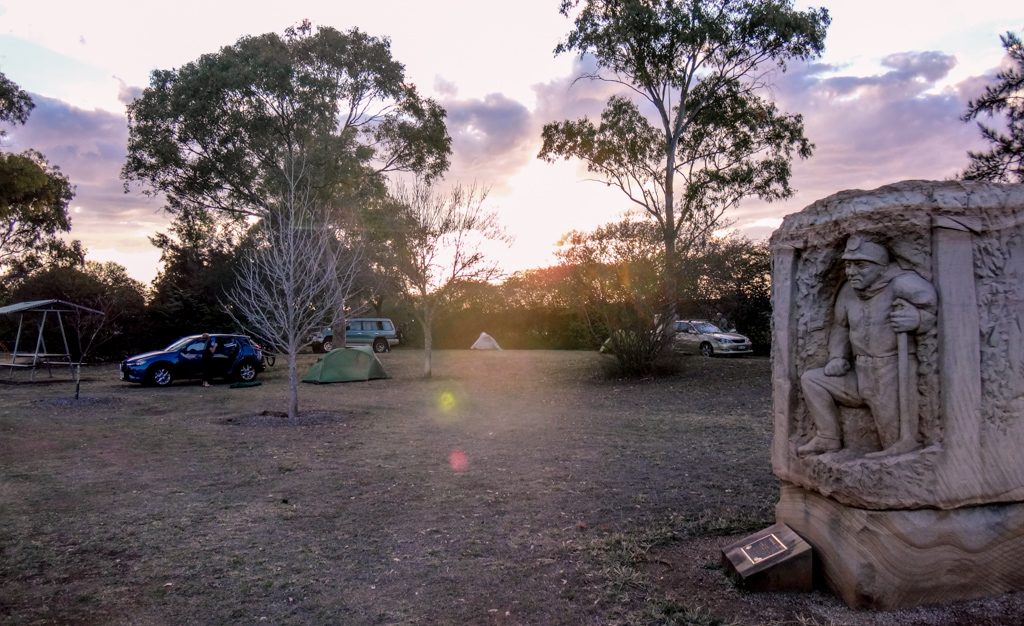 We started our ride at the small village of Tannymorel, two hundred kilometres southwest from Brisbane.  Because of the distances involved, we camped in the local park the night before. 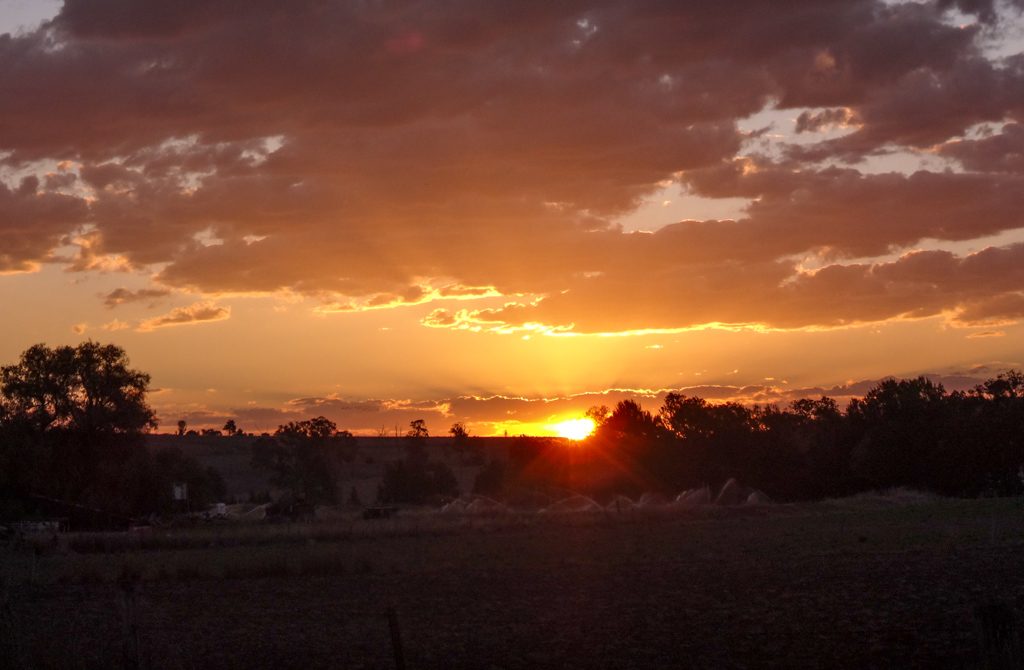 With unbroken views to the west, sunsets out here are often amazing.

The next morning we started our slow grind up Gambubal Road.  We had ridden here a couple of weeks ago when we explored Paddys Knob.

To our left we could see the cliff faces overlooking Condamine Gorge, the river carving its way through the mountains many hundreds of metres below us. 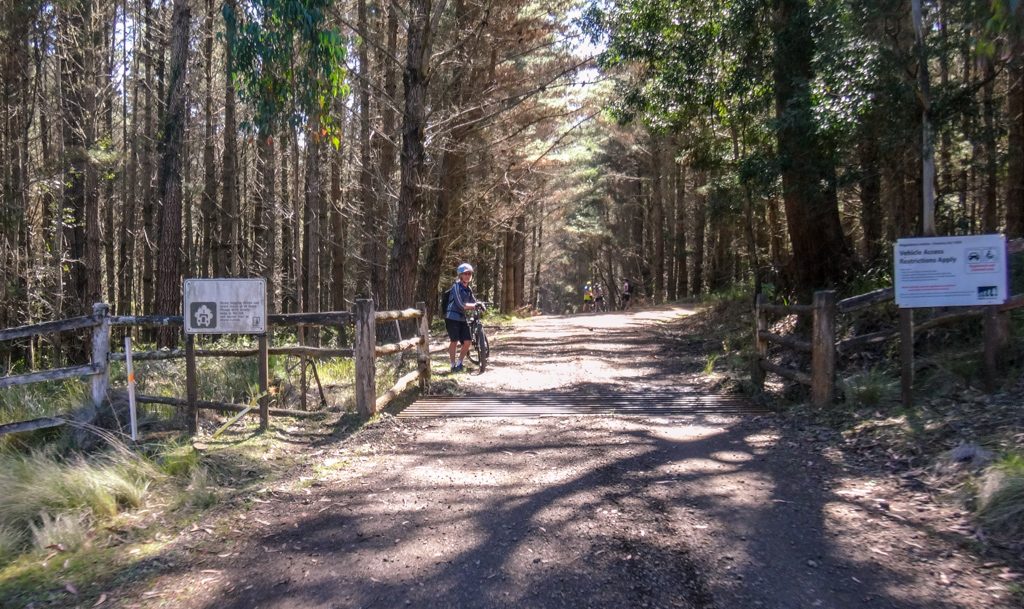 After a couple of hours of hard work, we reached the state forest, eleven hundred metres above sea level.  Rows of tall plantation pines cooled the air in their shade. 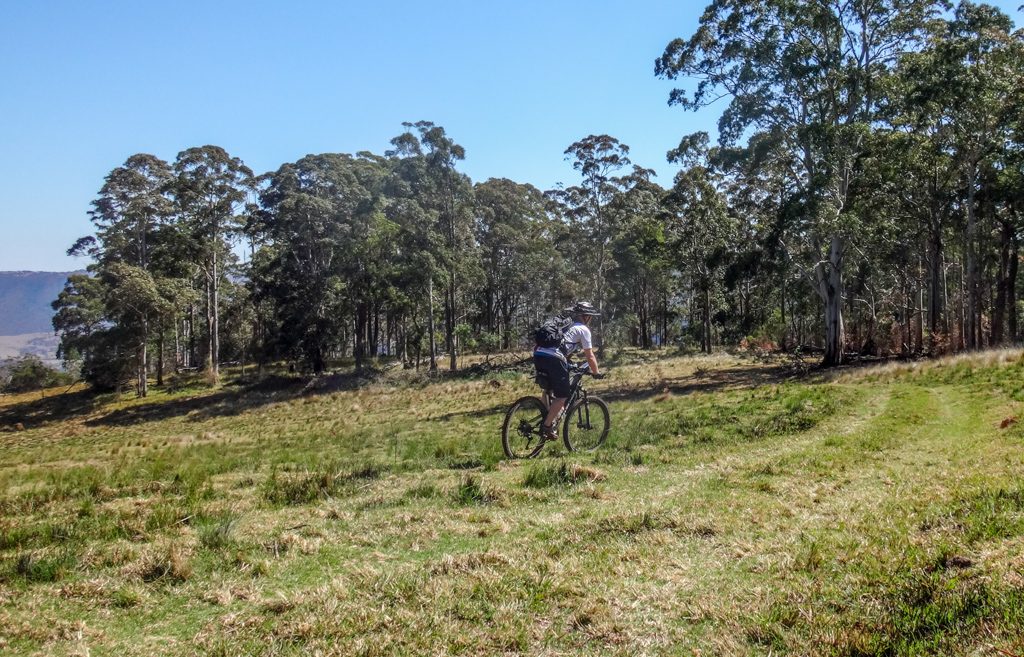 We visited here a couple of years ago when our friend Damien had to be rescued by a Life Flight Helicopter.  Since then, I’ve always thought of this open paddock as “The Helipad”.

The clear bright weather today was a stark contrast from the stormy conditions we faced back then. 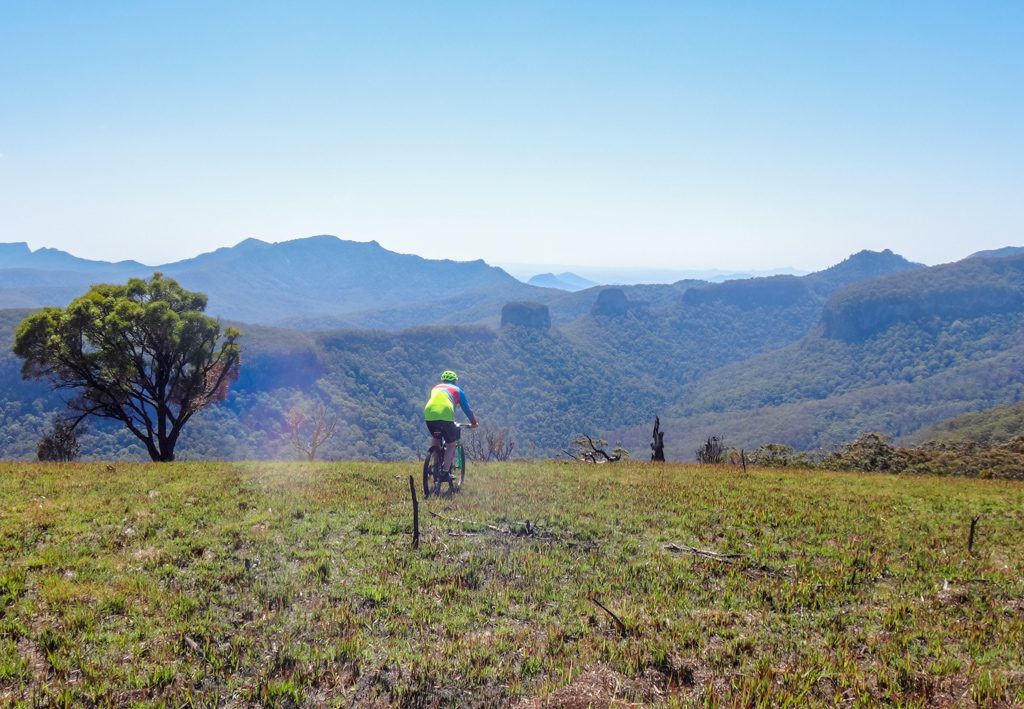 Ten minutes later, after a steep pinch climb, we rolled the bikes onto the stunning alpine paddock at Bald Mountain, twelve hundred metres up in the air. 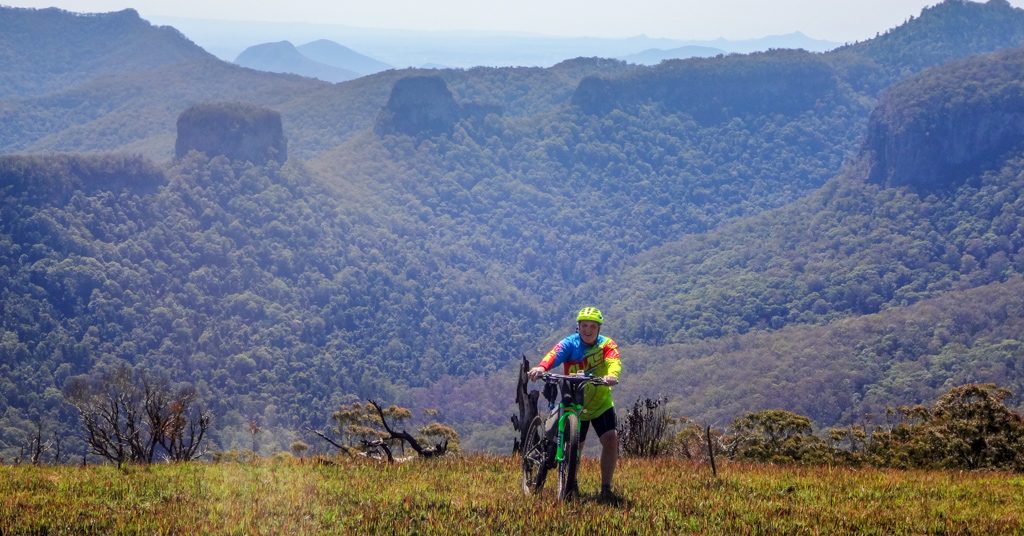 The striking peaks of “The Steamers” stretched away from us to the northeast. 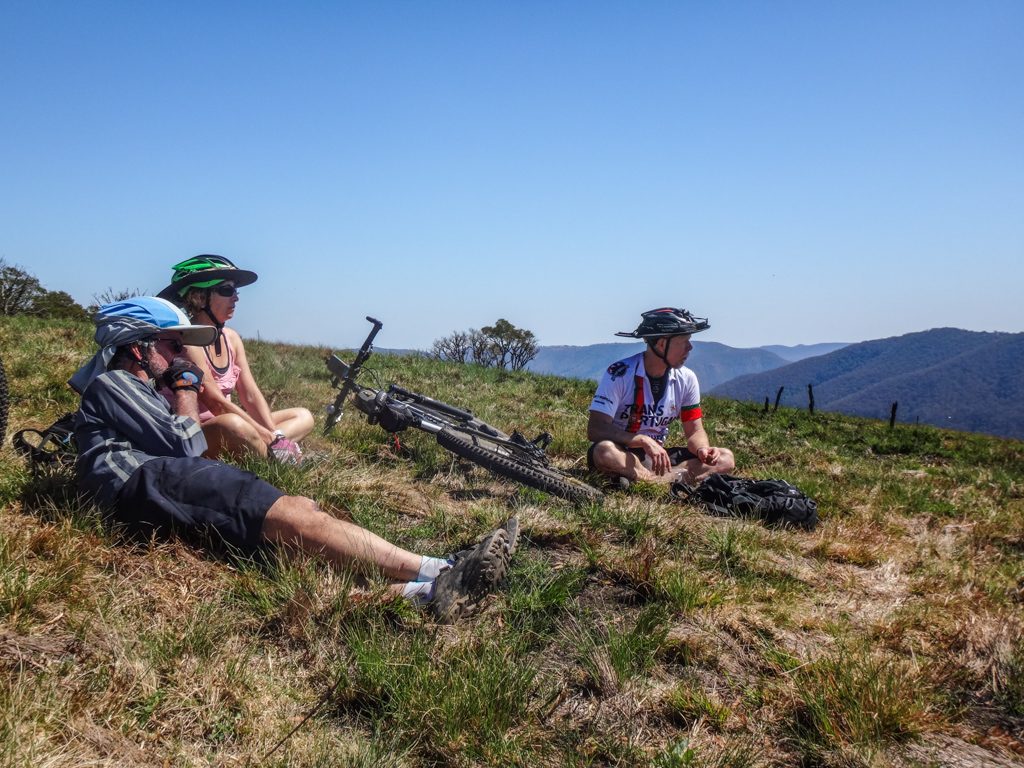 We sat on the grass in the mild sunlight, and soaked up the view. 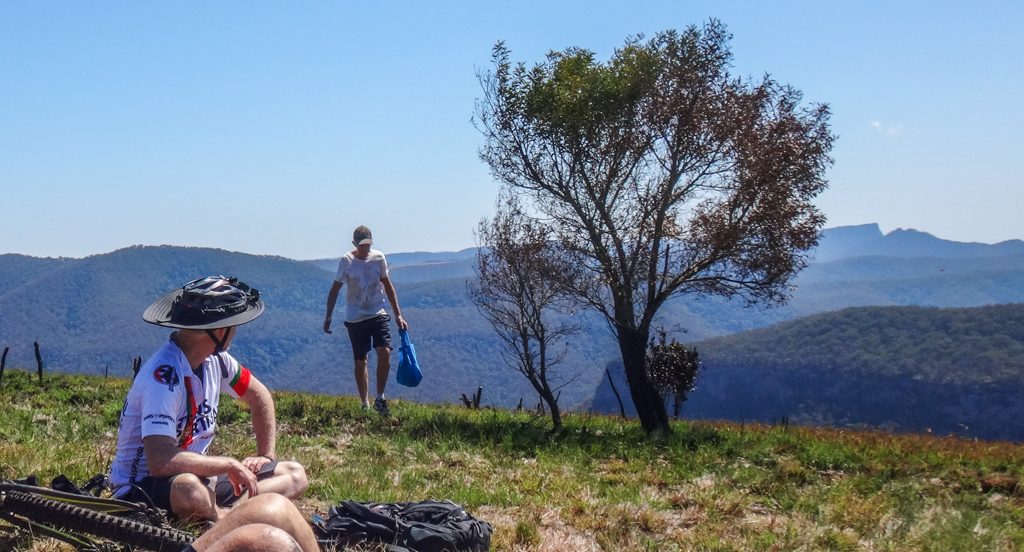 Paul G had a mechanical failure and couldn’t ride.  He drove his Camry to within three kilometres of the summit, and walked the rest of the way. 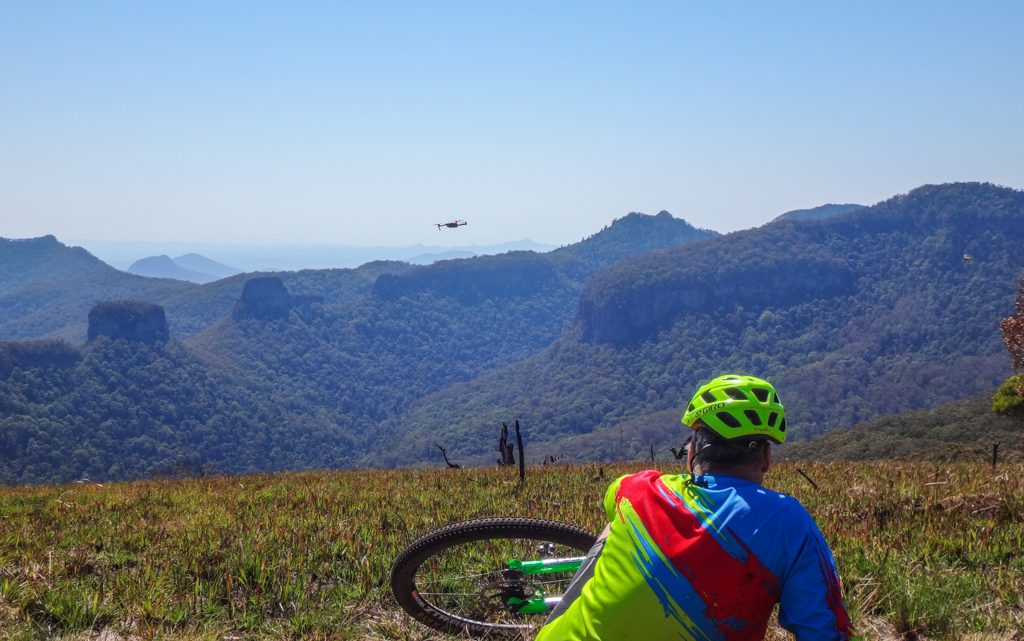 Paul S unpacked his drone, and let it buzz around, taking photos.

It zipped off into the distance until it was impossible to see.  We watched quietly, grateful to be able to rest our legs.

This is a magical spot.  In dry weather it’s possible to carefully drive a normal car to within three kilometres of the summit, so I’m surprised more people don’t visit. 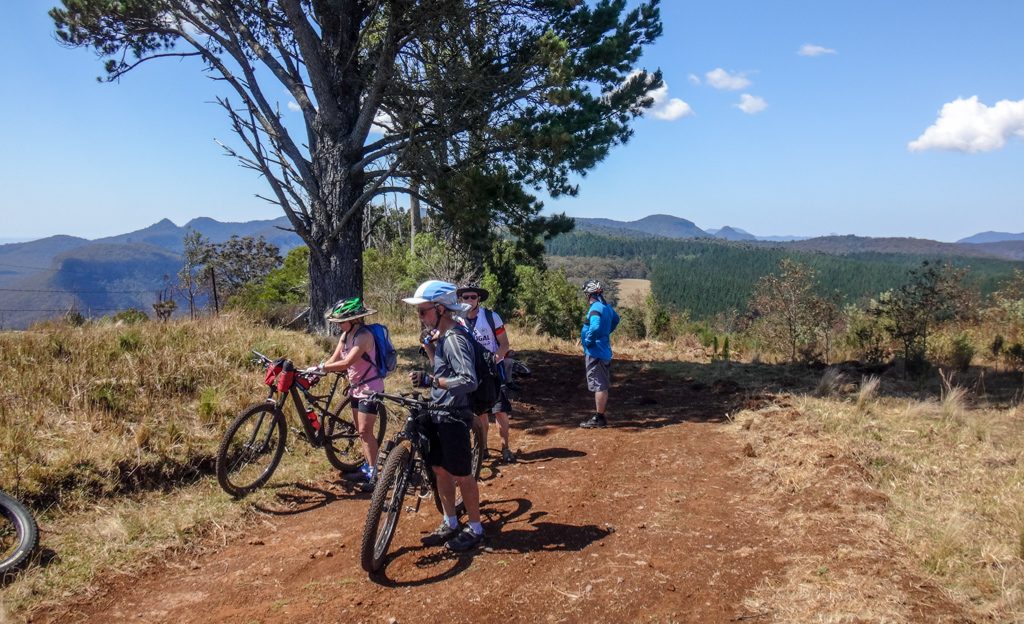 We left Bald Mountain and headed west along an escarpment.

Emu Creek twisted its way down the valley a long way below us.

When we first visited here several years ago, we had taken quiet track through the forest to get home.  This time I wanted to make it more interesting. 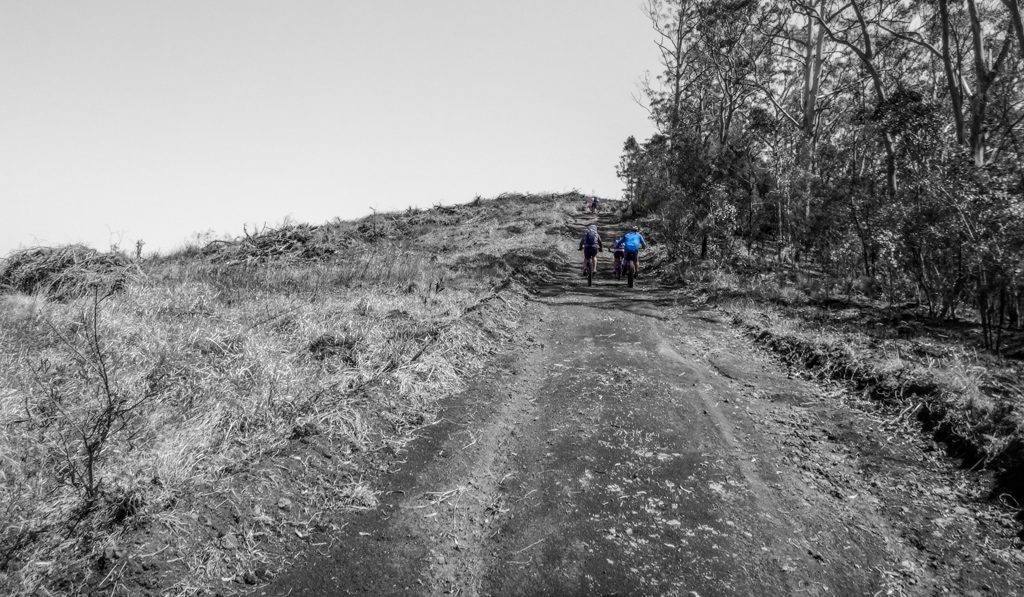 Unfortunately, the track along the escarpment was very steep in places.  I had to walk the bike up a couple of hills. 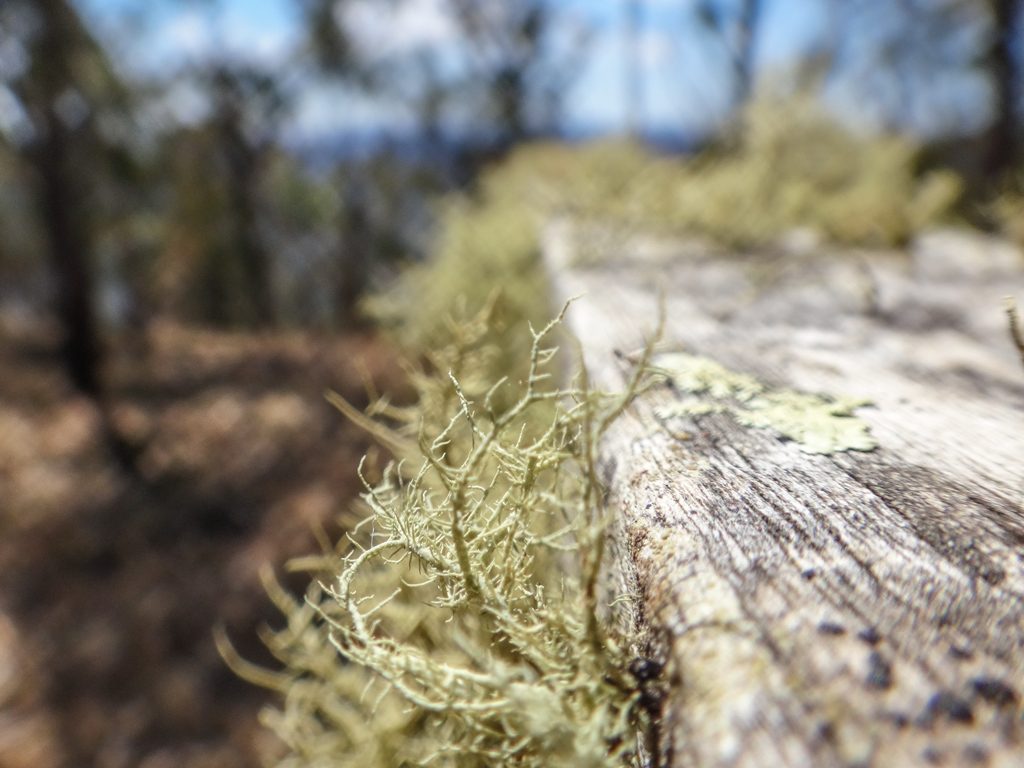 After an hour we reached the gate of the Hoffman property.  this marked the end of the gazetted road.

A few days earlier, the land owners had kindly given us permission to ride back down the mountain along their farm tracks. 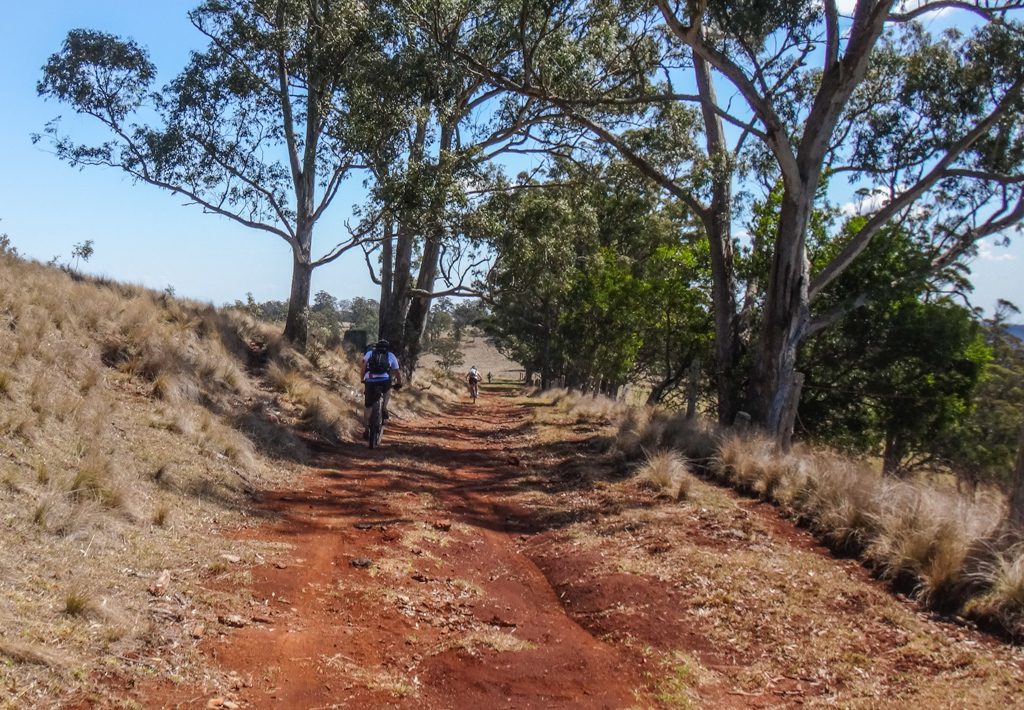 “It’s going to drop like a stone soon” I casually remarked to Kaye  as we rode along together.

The elevation profile on my GPS showed one final peak, and then a long steep descent.

At last we could take it easy for a while. 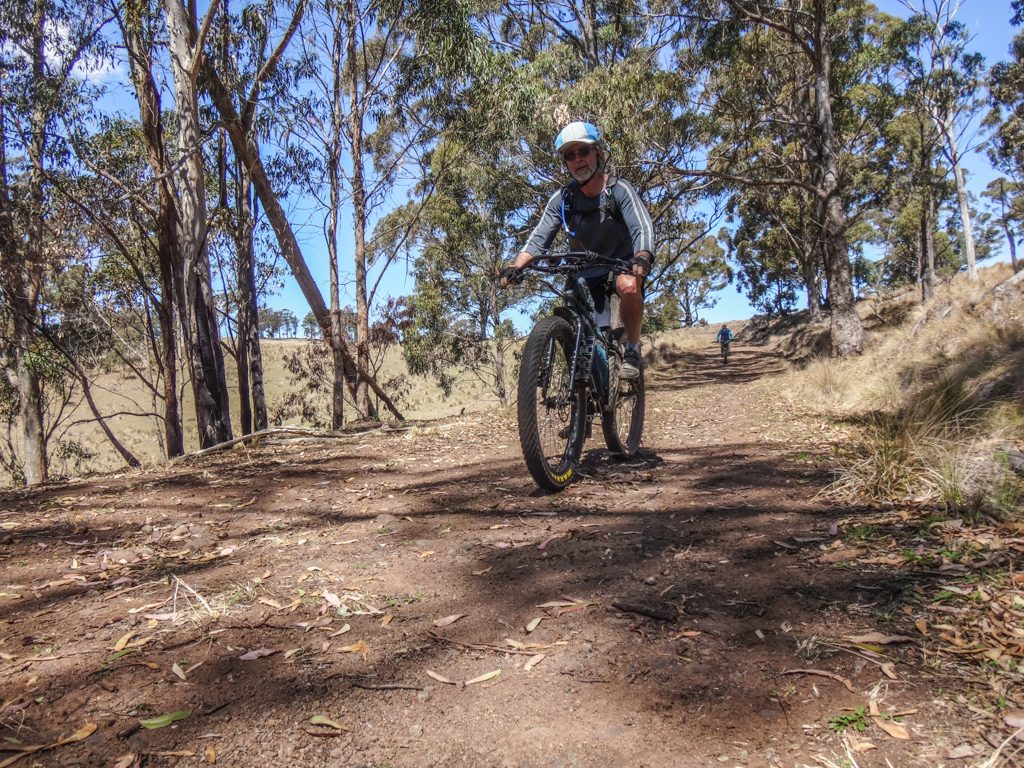 We accelerated down the hill.

The ground was smooth at first, but it slowly became rockier and bumpier.

Although there were amazing views to our right, we were unable to look at them – we had to concentrate on the track ahead as our bikes bounced over “baby head” sized rocks. 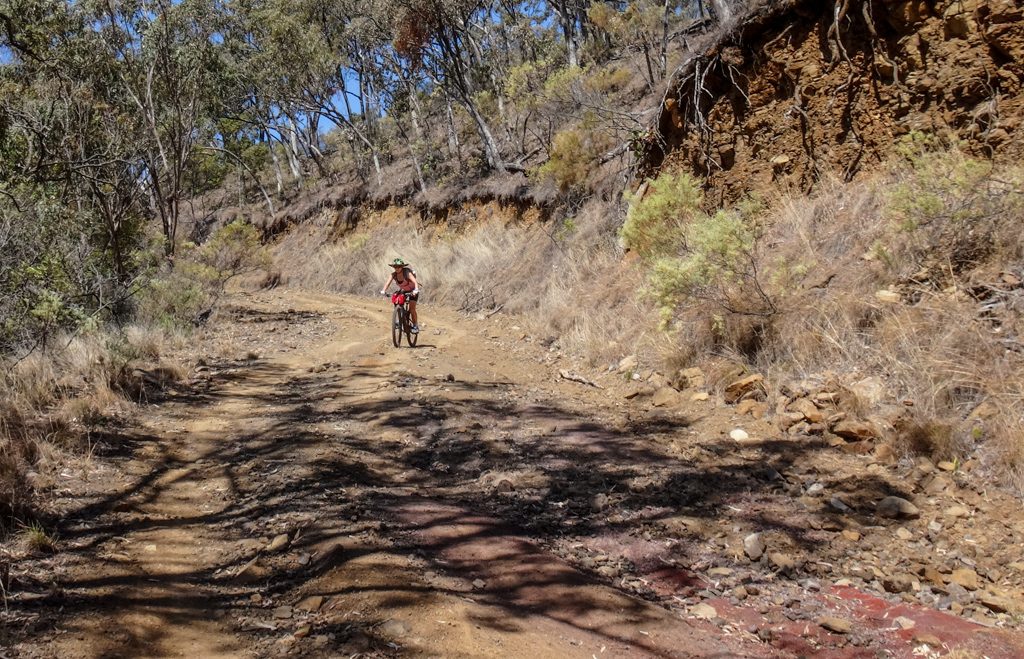 This was not the relaxing descent I had anticipated.

My wrists grew sore from hanging on to the grips.  I had to stand on the pedals because of the rough surface.

I gained a new admiration for Eric, whose bike had no suspension at all.

He gently nursed it down the bumps while the rest of us let our suspension smooth out the ride.

We rode a total of fifty-four kilometres in about six hours.

During that time we climbed over 1,500 metres in elevation, and I burned about 3,000 kcal.

This was a tough ride with lots of climbing and challenging conditions on the way down.

Don’t try it in summer, or wet weather.

Thanks Darb, Eric, Jason, Simon, Paul S, Paul G and Kaye for a wonderful adventure on the bikes.

And thanks to Jason for patiently reminding me we should re-visit this wonderful place.  I’m glad you kept nagging 🙂

NOTE: Portions of this ride were on private property.  Please do not follow our track log without first getting permission.  The alternative is to follow our track up the hill to Bald Mountain, and then just retrace your steps back to the start, following the route by which you came.