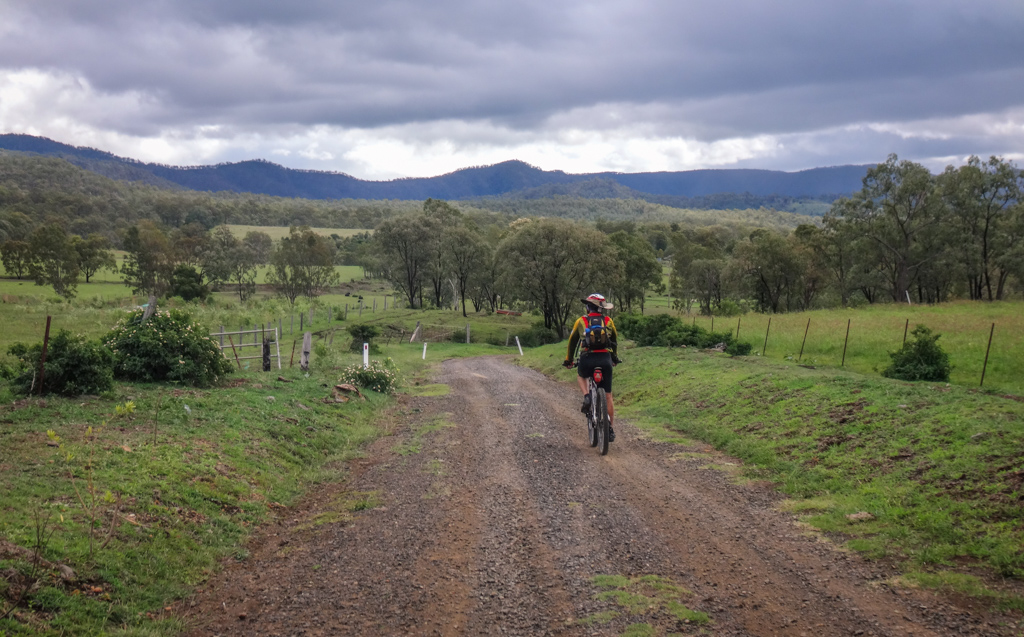 Black Duck Creek lies in a hidden valley a long way south of Gatton, snuggled under the towering slopes of the Great Dividing Range.

We started at Mount Sylvia and headed south. 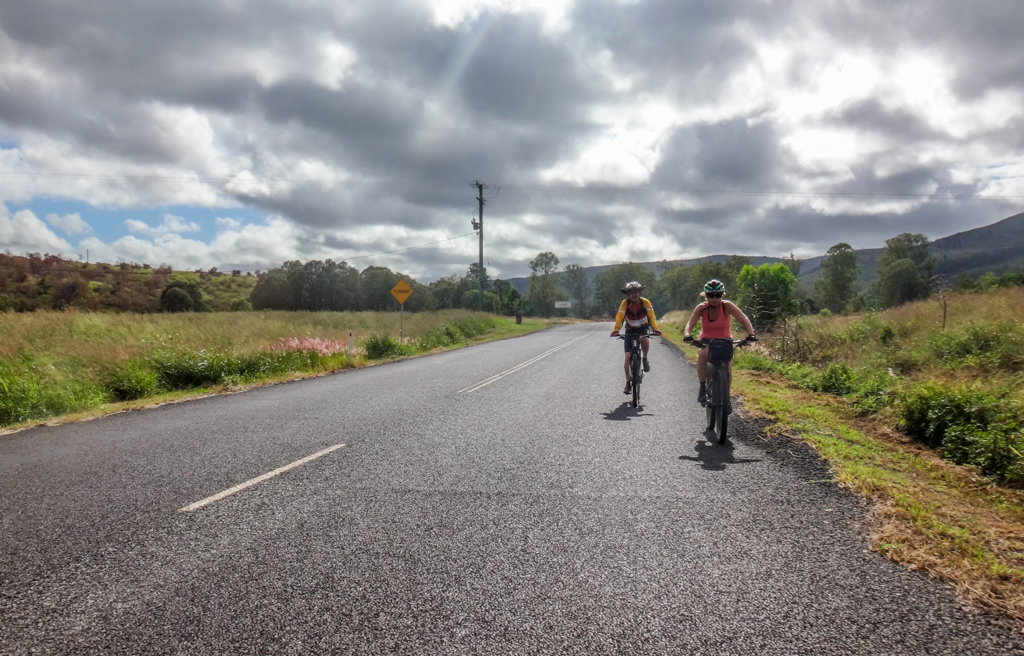 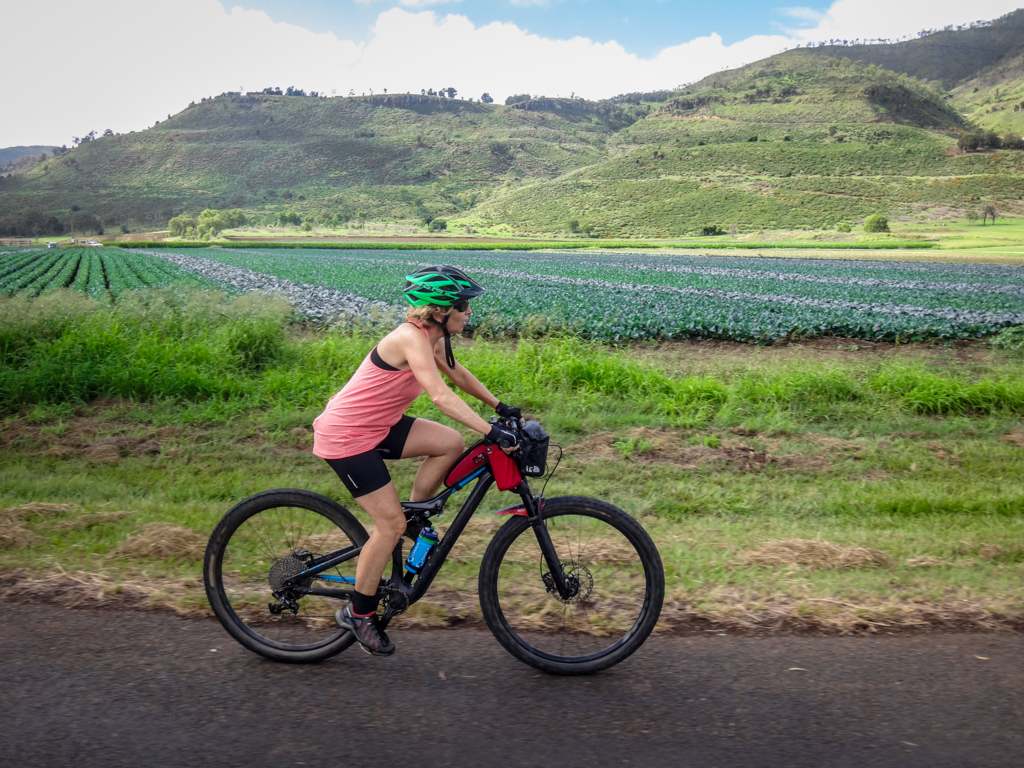 Recent rain had turned the fields and hillsides bright green. 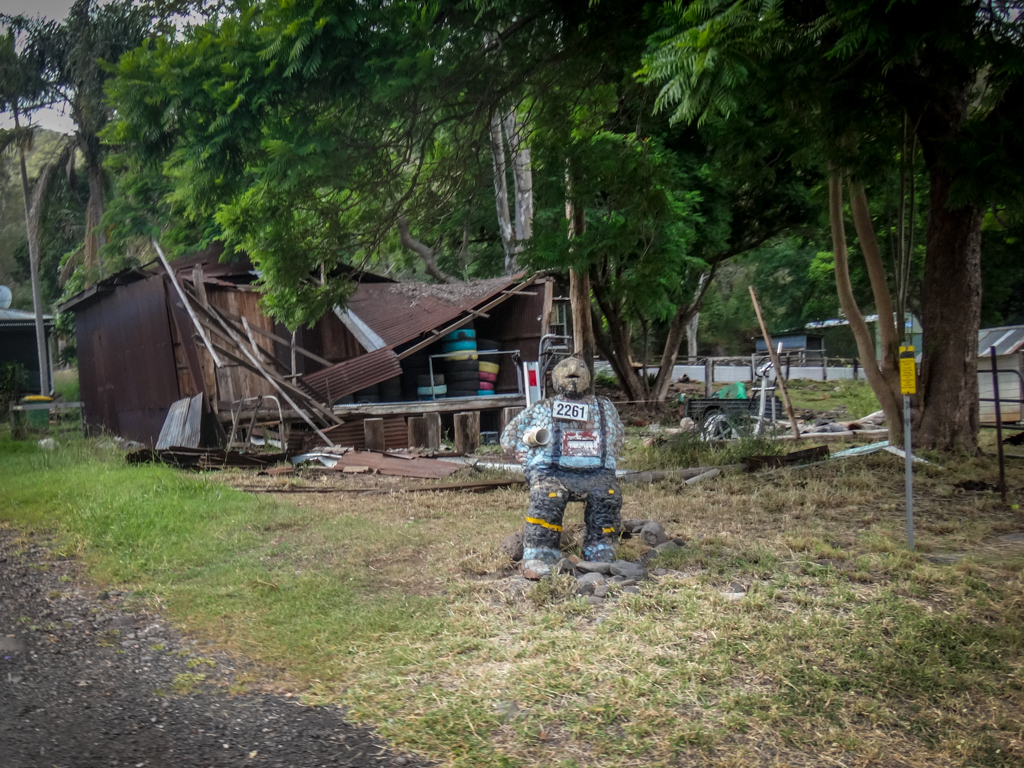 After half and hour, we reached Junction View and took a quick break.

This small hamlet stands at the junction of two long valleys: The East Haldon Valley and Black Duck Creek.

Today we took the less-traveled right fork in the road and continued up the Black Duck Creek Valley.

After a few kilometres, we turned left for a quick detour up Chalk Mine Road. 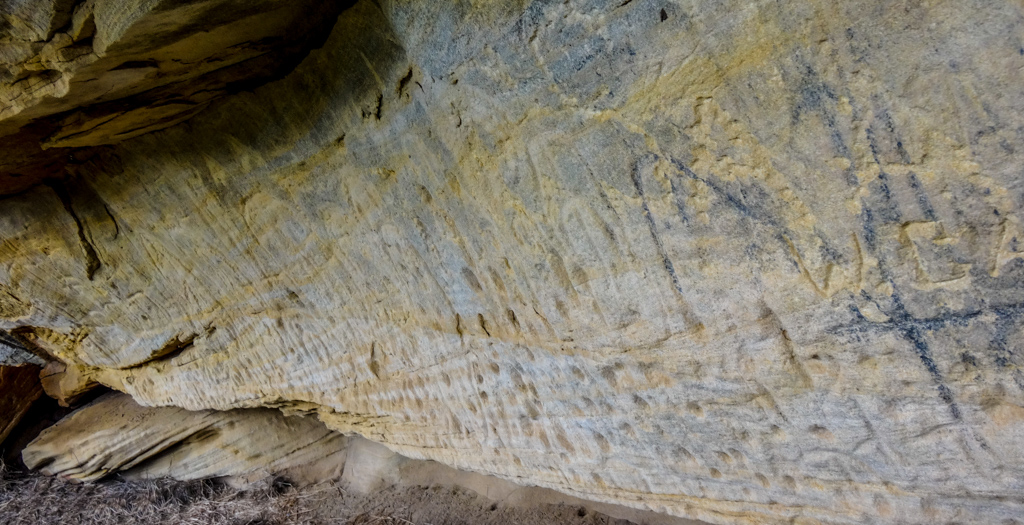 Set in the hillside, “Chullawong ” is a wonderful example of indigenous rock carvings.

I wondered about the ancient hands that created these carvings, a long time ago.  What was this land like then?  What were they thinking? Where were they going? 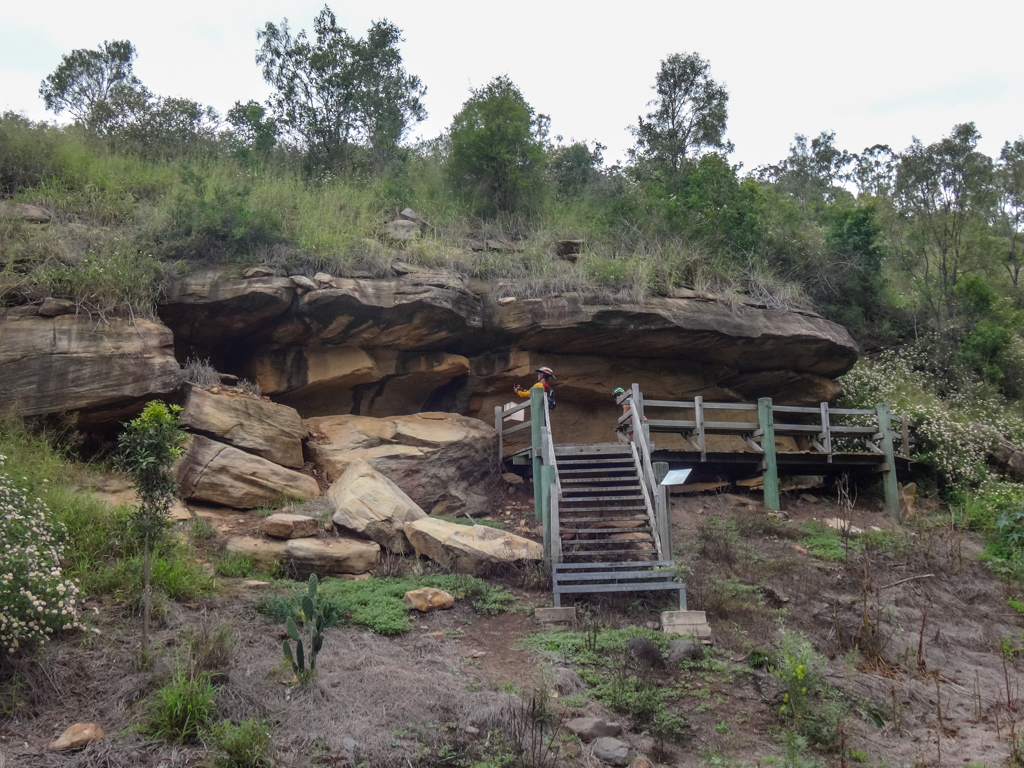 The Queensland Museum estimates this site was first used about four thousand years ago – long before the Roman Empire, about the same time as Stonehenge in England. 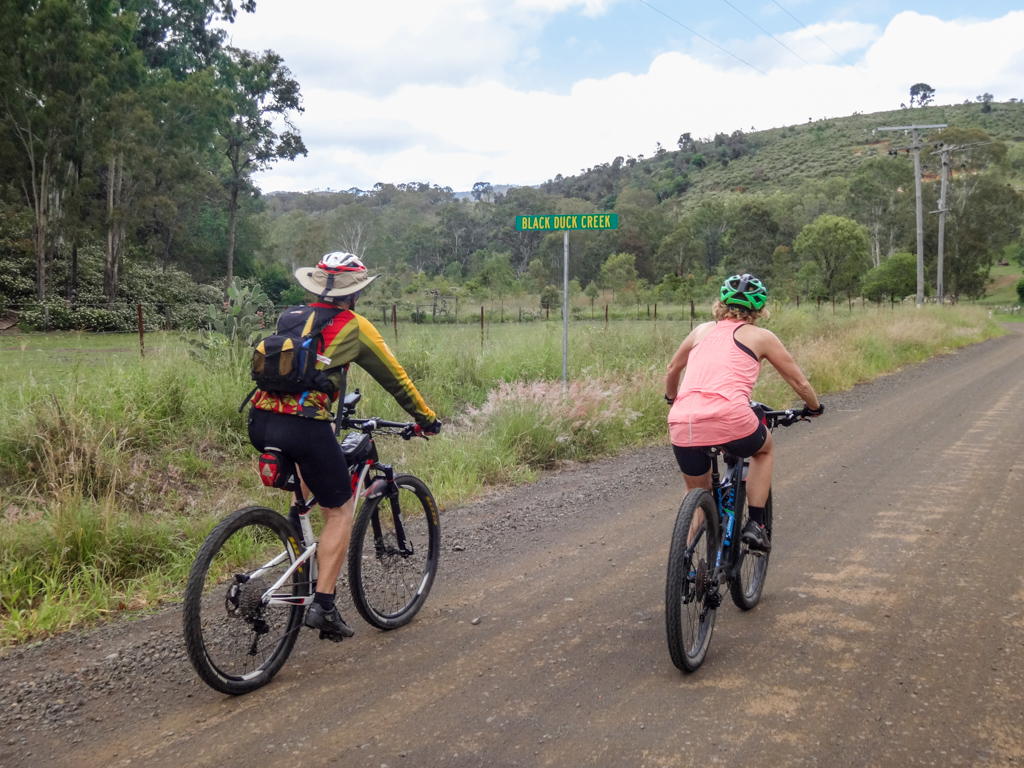 After admiring the carvings, we rolled back down the hill and continued our ride up the valley.

A cheeky black duck peered at us from atop a local letterbox. 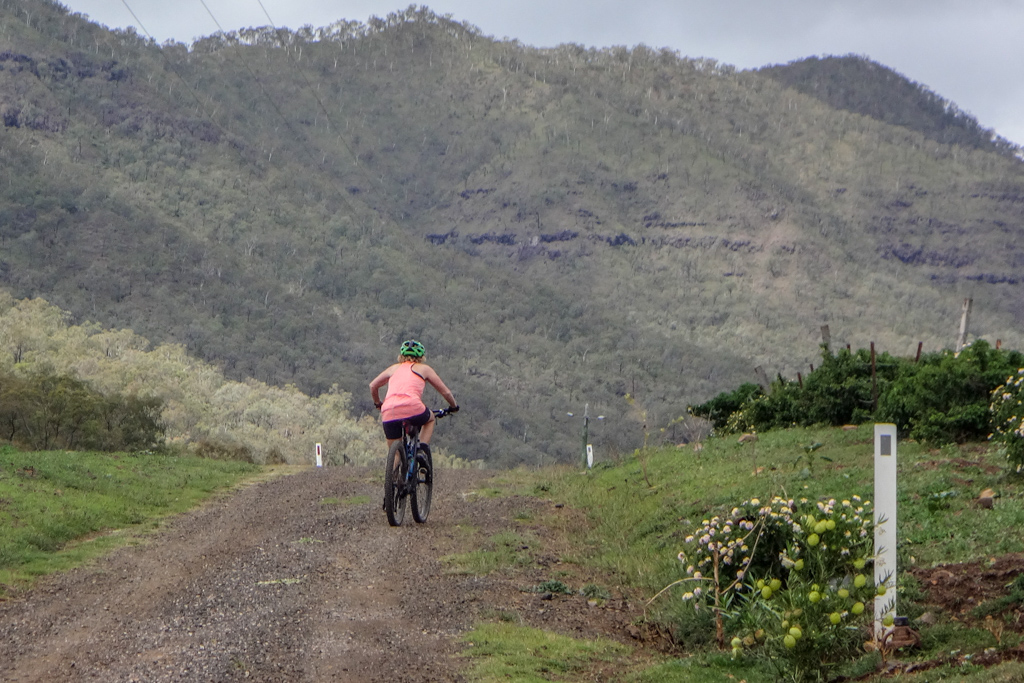 The road continued gently upwards for about thirty kilometres. 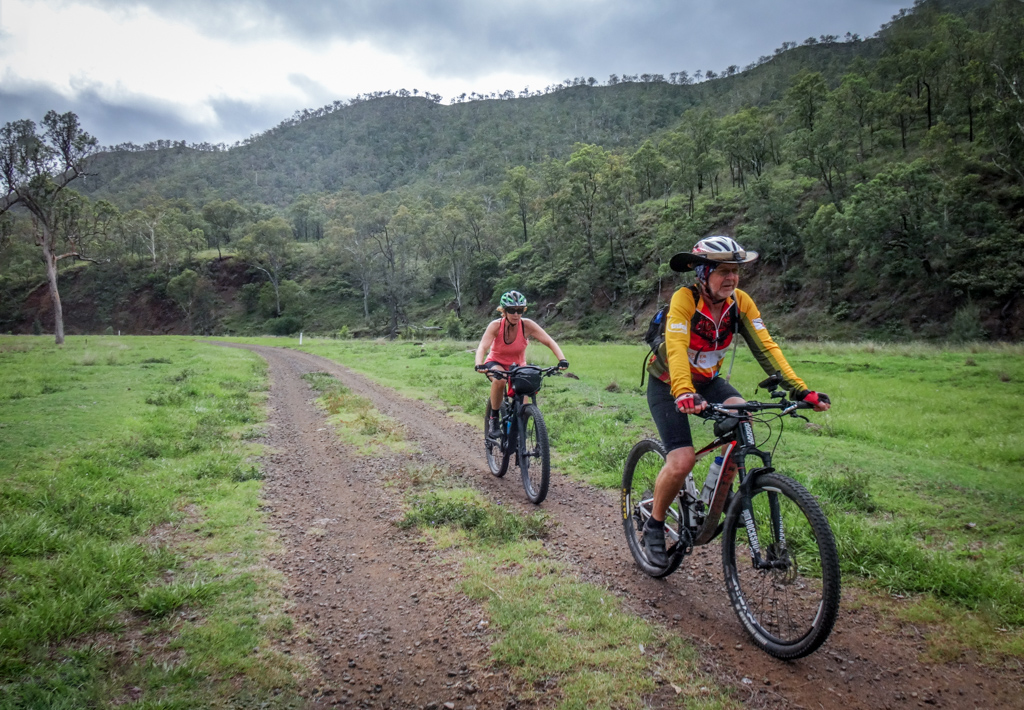 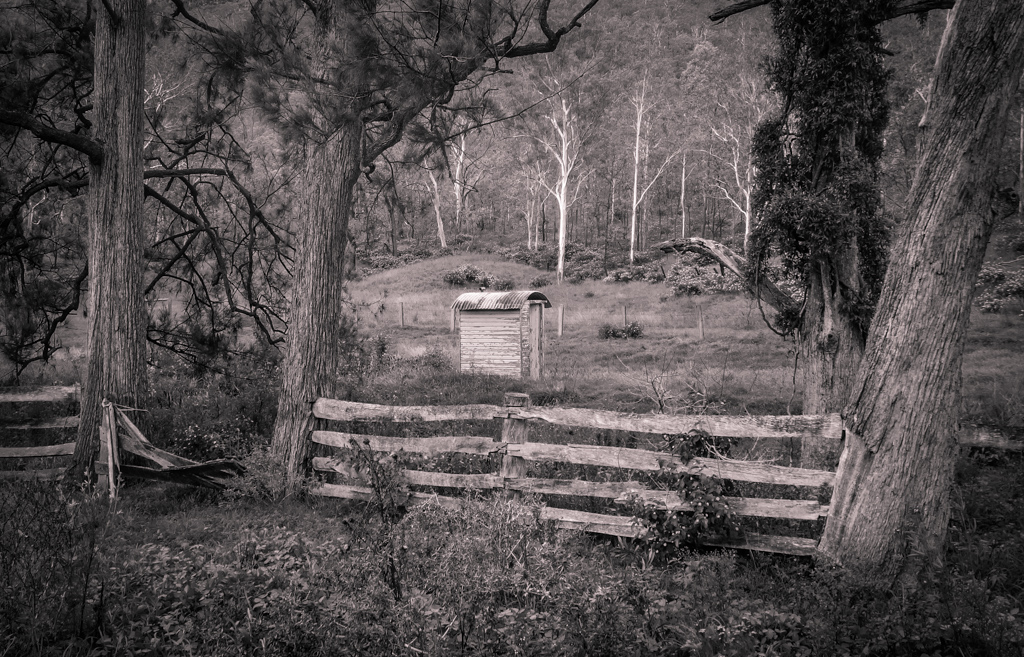 Eventually, the only houses we could see had been abandoned.  An old disused thunderbox stood starkly in a disused field. 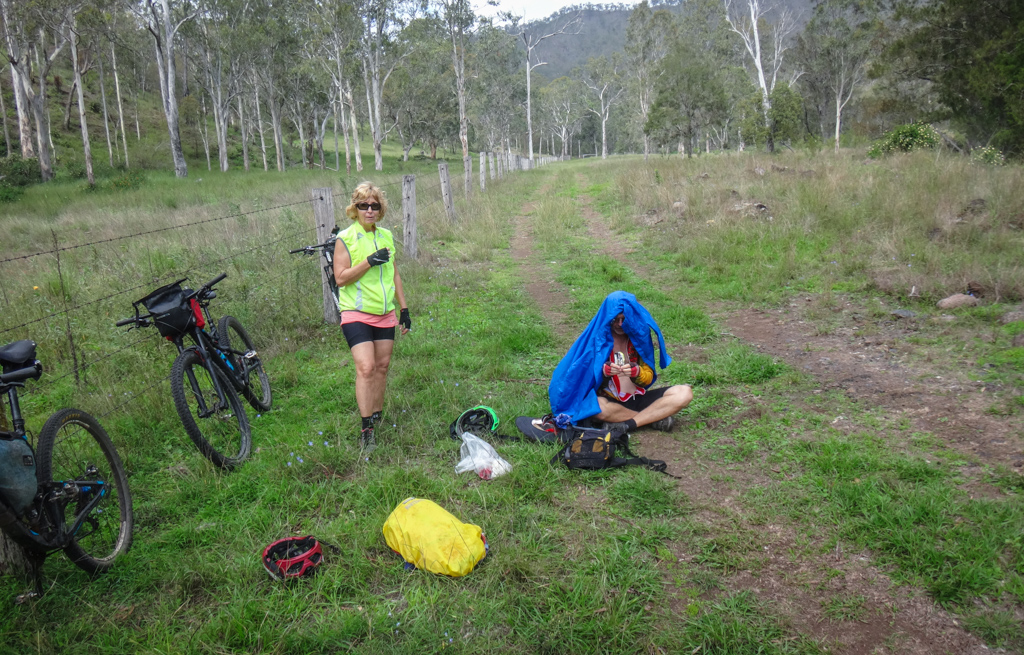 The road faded into a couple of tyre tracks.

As the gently rain fell, we stopped for another quick rest and bite to eat.

Russel showed us how to keep dry. 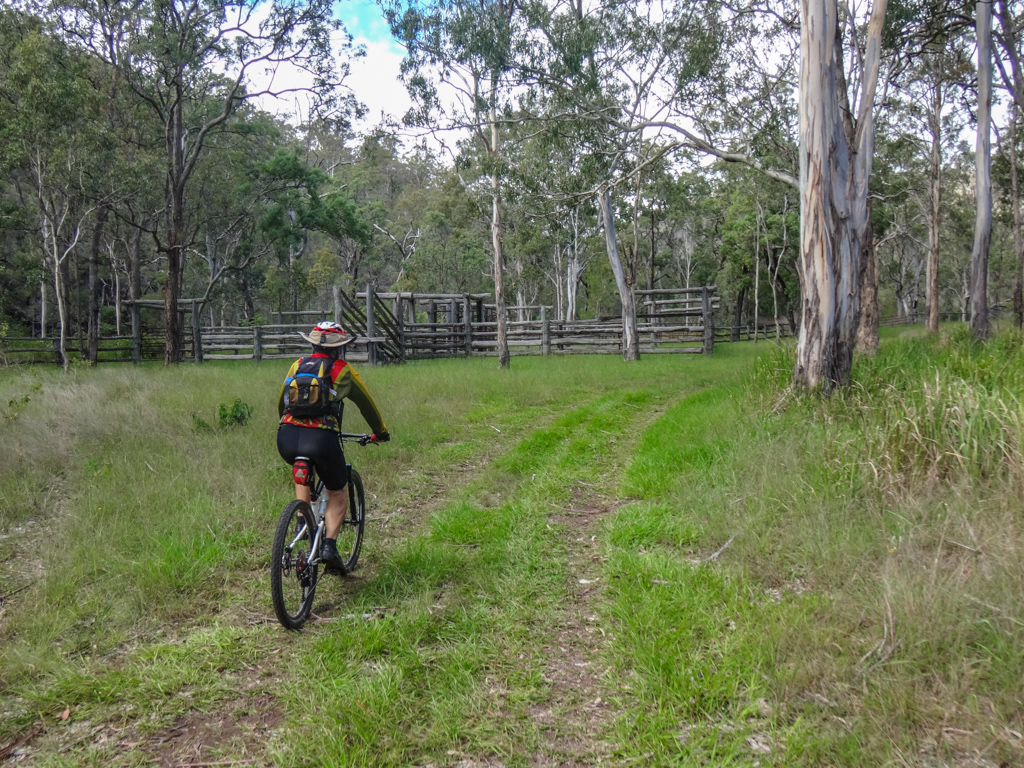 A little further up the trail we passed an old cattle yard.

Russel grew up on a farm and reckoned that the yards had recently been used.

At the end of the valley we stopped at an old slab hut.

The grass had been mown, the rainwater tank was full, and the place was empty.

We sat on the front porch for a while and imagined what it would be like to wake up to a wonderful view like this. 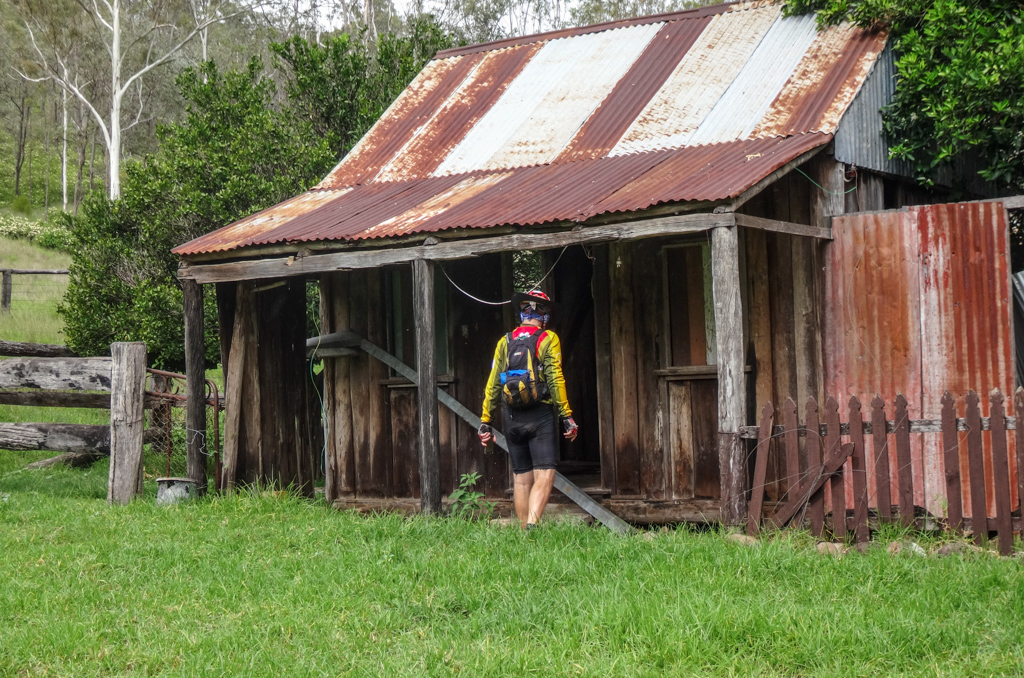 On our way back down the valley we stopped at a second slab hut.

With an almost identical shape to the first, my first though was whether or not both huts were built by the same person.

One advantage of rolling down the valley was that it was mostly downhill.

We had started the day at a leisurely pace up the gentle slope of the valley floor, averaging a little over twelve kilometres per hour.  But coming back down the hill we were often going at twice that pace.

We rode just over sixty kilometres in a little over four hours.

During that time we climbed about six hundred metres in elevation, and I burned just under 3,000 kcal.

This is a pleasant and easy ride – especially in cooler weather.

Thanks Russel and Kaye for a fun day out. 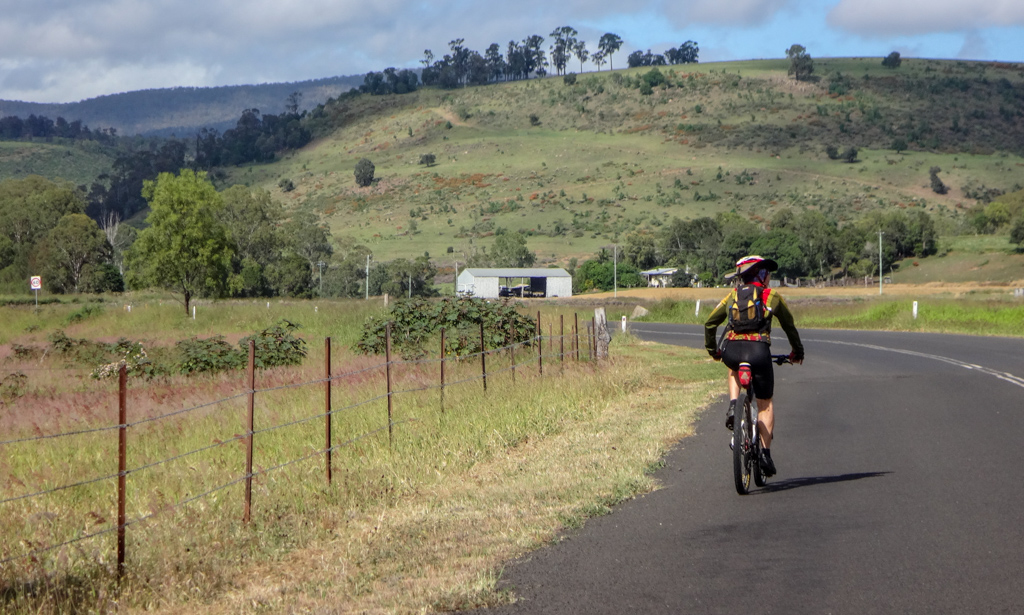 One Reply to “Black Duck Creek”