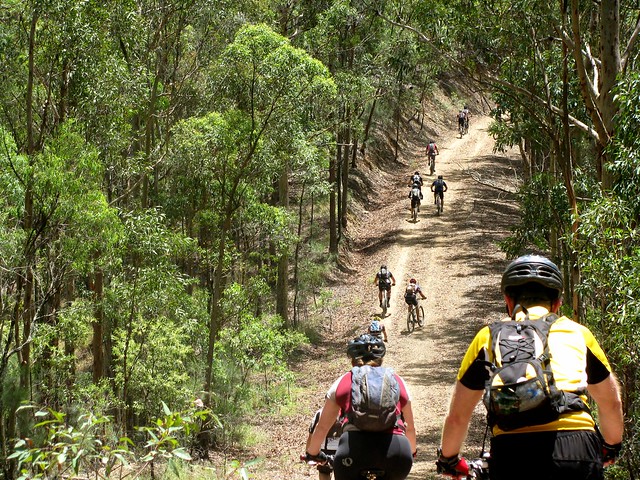 I enjoyed last week’s solo ride down Taylors Break in D’Aguilar National Park, so I wanted to share it with a few friends. About 20 of us set off from Samford, following the Pony Trails to the bottom of Mount Nebo. 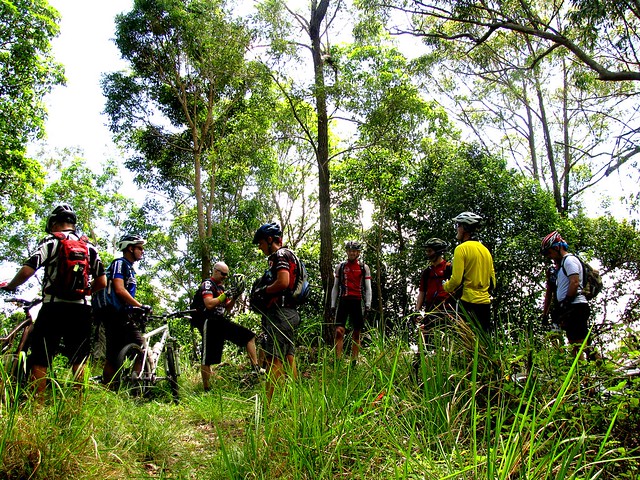 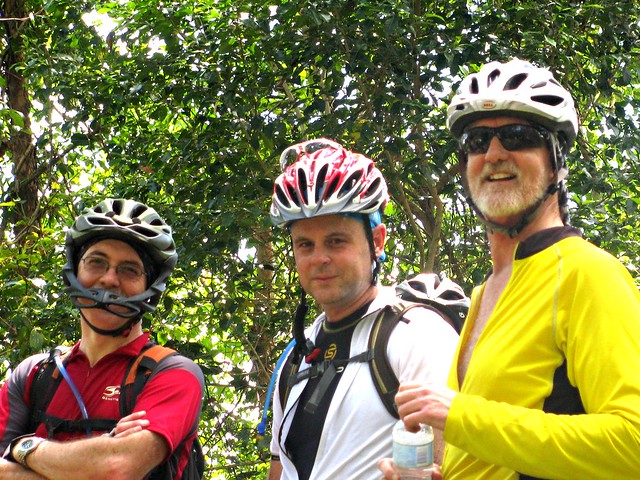 The ride consisted of two big 500m climbs. The first one was up the Goat Track, then along a fire trail to the Lookout at the Summit of Mount Nebo. 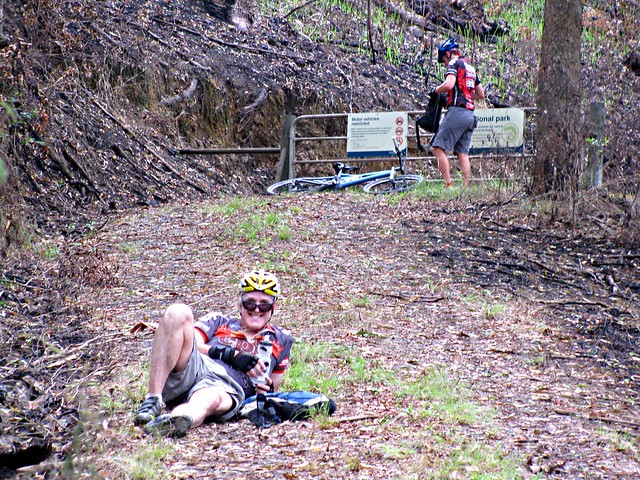 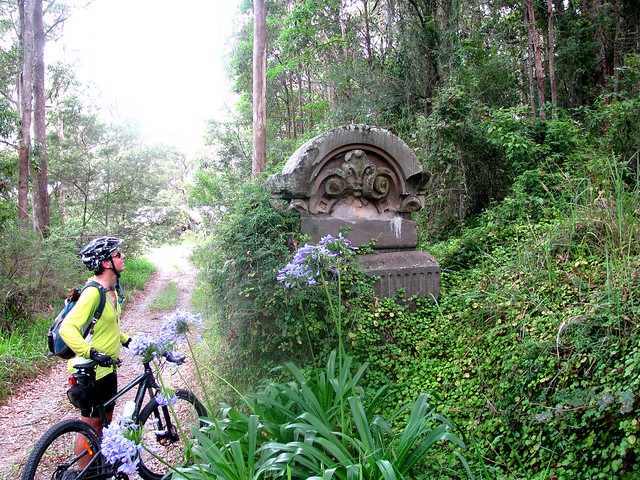 From the summit we followed Hammermeister Road to the top of Taylors Break. But before starting that steep descent, a few riders took a detour into town to get some more water (it was a hot humid day), while the rest of us lazed around in the shade catching out breath. 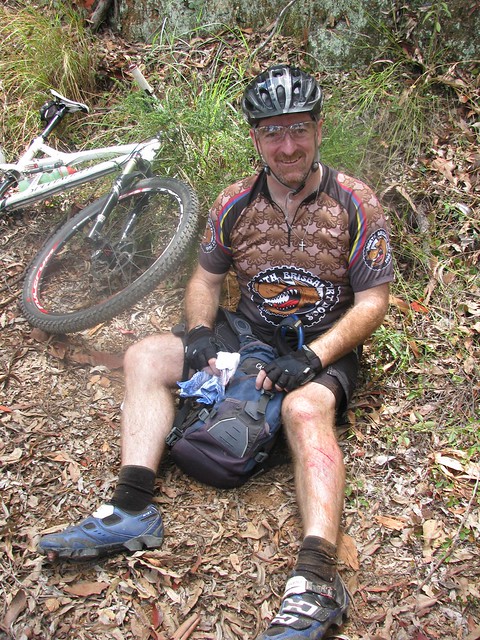 Taylors Break is a lot of fun to ride down. The narrow track flows beautifully as it goes down the mountain. Unfortunately, towards the bottom it gets steep and slippery. Darb took a jump into the air over one of the water bars. While he was in the air, a stick went through his front spokes. As he hit the ground his front wheel slid out from under him, and he ended up on the ground. It looked painful, but Darb’s made of tough stuff, and after a few minutes he was ok and ready to keep going. 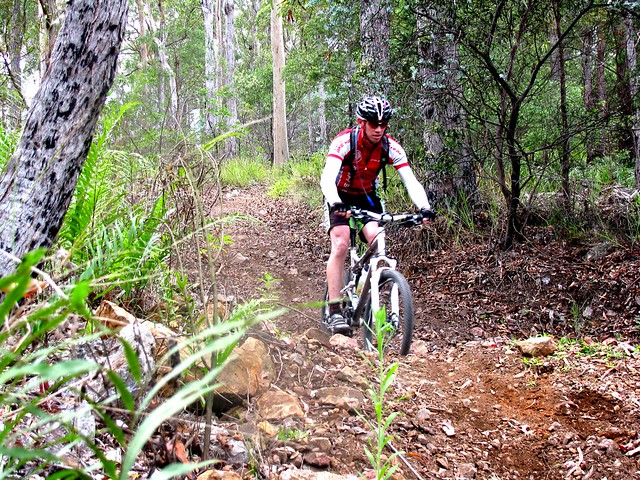 Tim approaches one of the steep sections of the track. Once you go over the edge, it’s pretty much a controlled skid to the bottom. There’s no stopping – you just have to keep your front wheel straight and try to stay on the bike. 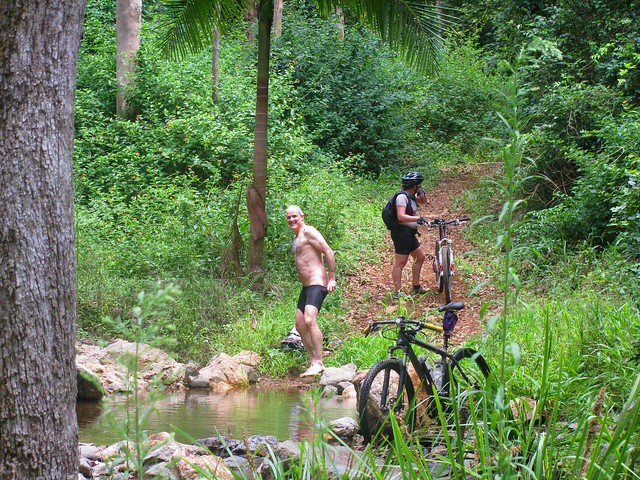 Andrew also had a crash on the way down, and suffered a nasty bruise on his thigh (that photo is censored). He decided to strip off and wash his injuries in the creek at the bottom of the descent. Unfortunately, while he had all his gear off, Becca came round the corner. Both of them got a nasty fright, and poor Andrew had to hastily get his gear back on.

There are lots of inviting, quiet creeks like this down the bottom end of D’Aguilar National Park.

Once we reached the bottom, there was no way to go but up. Cabbage Tree Range Road was the second major climb of the ride, also rising about 500m. It takes about an hour to climb, and by the time we got to the top we were all feeling pretty tired… 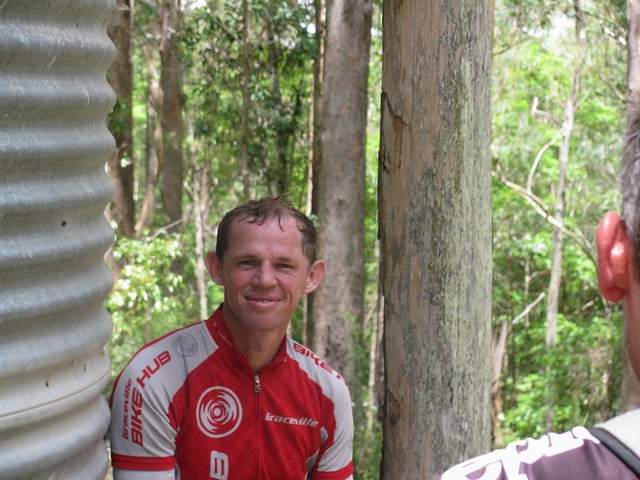 …except for Tim who (amazingly) rode the whole climb in middle ring. For those who don’t ride mountain bikes, it has three cogs on the front to make riding easier: A big ring for going fast on roads, a middle ring for moderate terrain that requires a bit of effort, and a small (“granny”) ring for steep hills and narrow winding technical sections. It takes a lot of strength to nail a long steep climb like this using the middle ring. 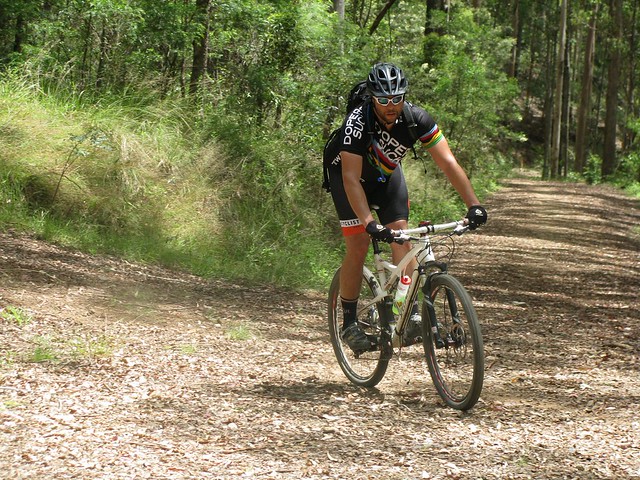 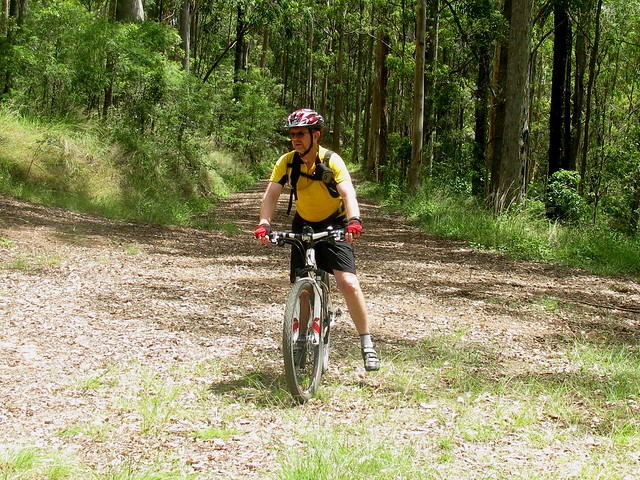 Tim had a long wait while the rest of us mere mortals completed the climb. 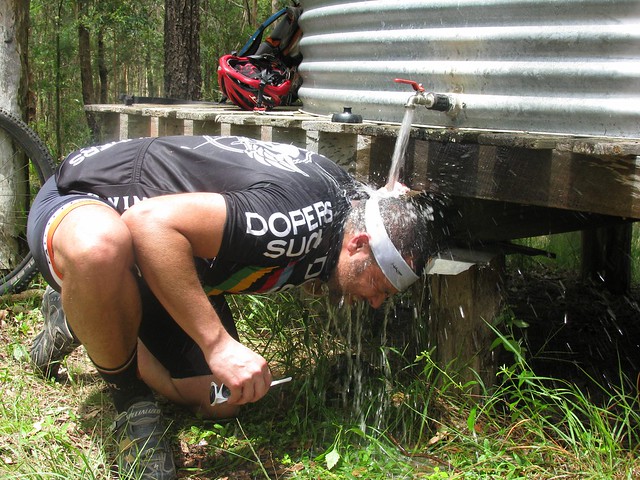 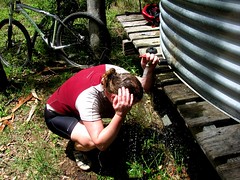 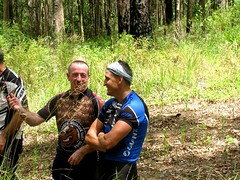 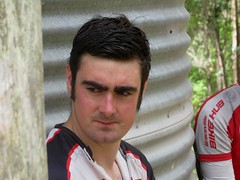 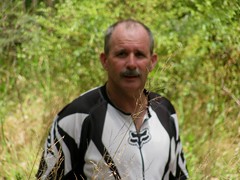 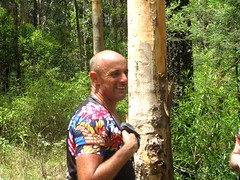 The best thing about the climb up Cabbage Tree Range Road is the water tower at the top. Most of us had a delightful soak under the tap to cool off.

Thanks so much to everyone who came on the ride. It’s a lot of fun being able to do rides like this in a group. Everyone had to work really hard. Some people were totally exhausted by the end. I think everyone enjoyed themselves.