We decided to have a long weekend break up at Coolum on the Sunshine Coast.

As usual, I pondered over maps of the area to see if I could discover any new places nearby that I could ride to.

I had my eye on a few dirt roads that meandered around the back of Mount Ninderry, especially a couple that seemed to disappear into forest on the map, because that meant there was a possibility of exploring some fire trails.

Eventually a came across the familiar “Forest Reserve” sign and disappeared down a dirt track gleefully, like a child with a new toy… 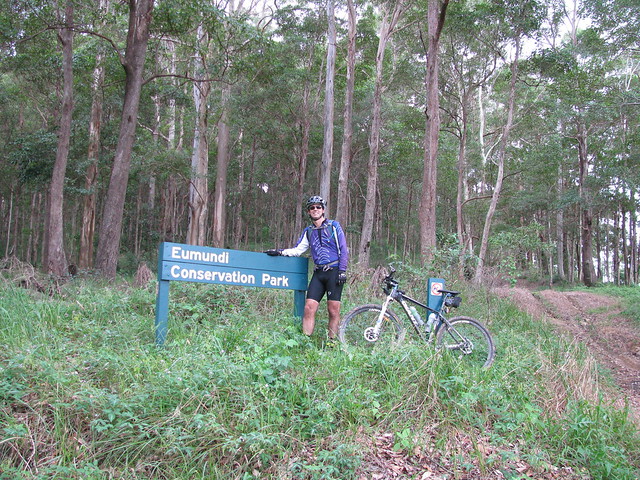 I saw a forest trail I’d never ridden before and thought “Why not?” 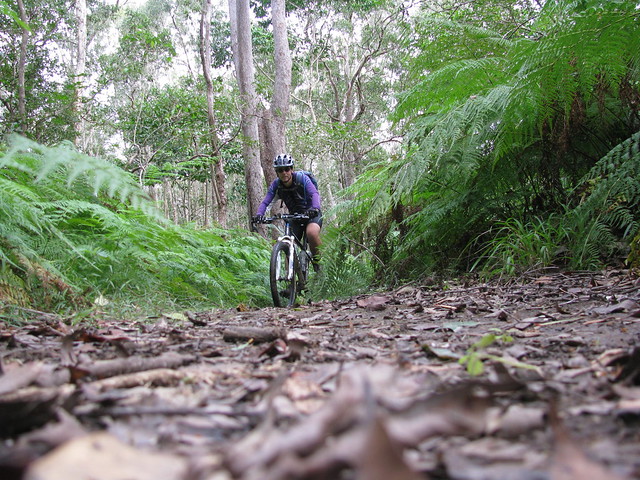 Rainforest, trails, steep hills… The Eumundi Forest Reserve at Verrierdale, in the hills west of Coolum, has everything including a few km of muddy swamps.

The tracks are delightful – mostly fire-trails. They wind through some lush green rainforest, with some challenging hill climbs in one or two places. Recent rain has made some of the clay soil quite sticky, which makes it a bit tough around creeks. But I suppose the most surprising bit was the swamps – I didn’ count on having to drag the bike through a few kilometres of wet muddy creek beds. From the look of it I think these large wet patches are a permanent fixture. If they’re like this in dry weather, imagine what it’s like in the rainy season 🙂

But it was great to get out on the bike and explore some new places!

One Reply to “Eumundi Forest Reserve”