I wanted to climb the Toowoomba range via single track and fire trails, so I found a quiet back road out the back of Withcott, followed it to the end, jumped a few gates, and ended up in the middle of nowhere.

After climbing a few monster hills that ended (sadly) in dead-ends, I finally found a fire break and followed it.

But what was supposed to be a 60 minute adventure ended up taking three hours.

I eventually found my way home, up a couple more amazingly steep hills, but (alas) I only managed to get one photo. Light was fading quickly in the late autumn afternoon, and I didn’t want to stop too long. The next day, Paul and I rode along some of the fire trails along the escarpment below Picnic Point. These are mostly steep rocky walking tracks, so attacking them with a mountain bike was a bit “adventurous”. Still not being totally comfortable with my clip-in pedals I fell off a few times, luckily with no damage. The view out to Tabletop Mountain is spectacular. 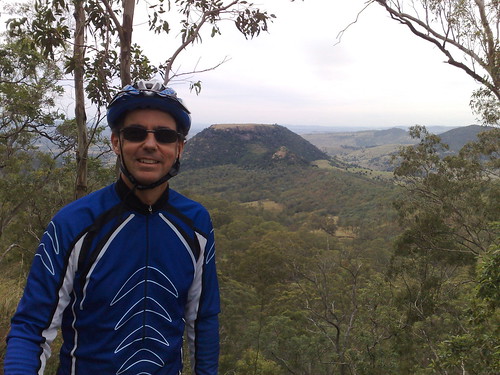 We also had a quick look out to the North towards Prince Henry Heights at some of the hills where I managed to get a bit lost the day before: 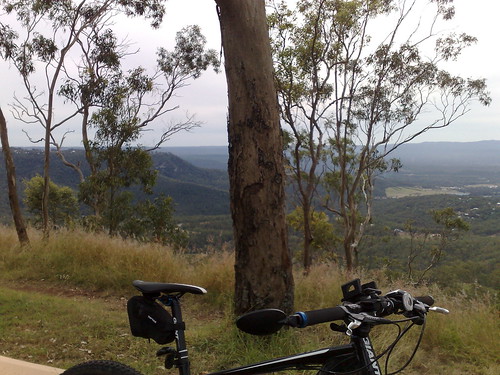 One Reply to “Lost in the Hills”