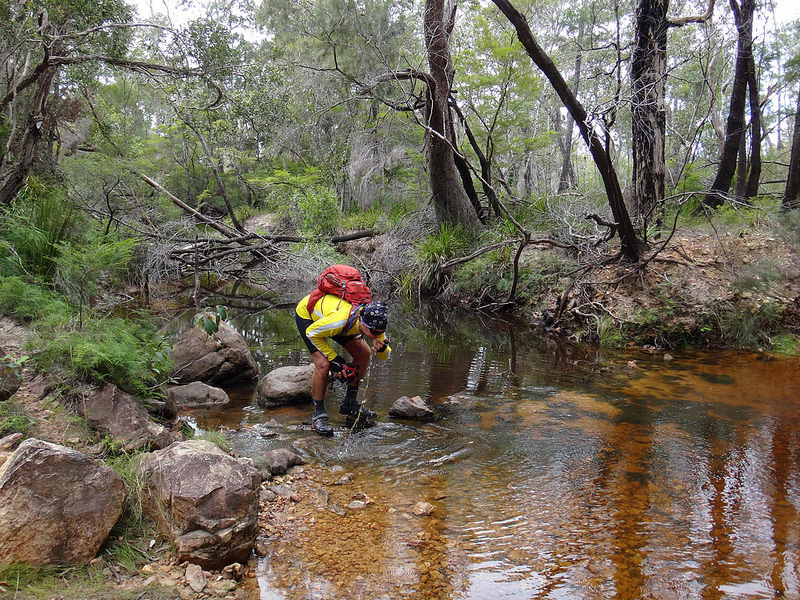 Today’s adventure took us in a big loop through Toolara State Forest and Cooloola National Park around the headwaters of the beautiful Noosa River. 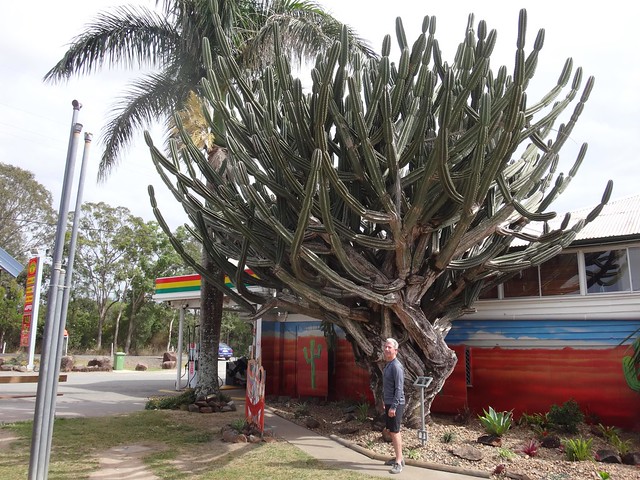 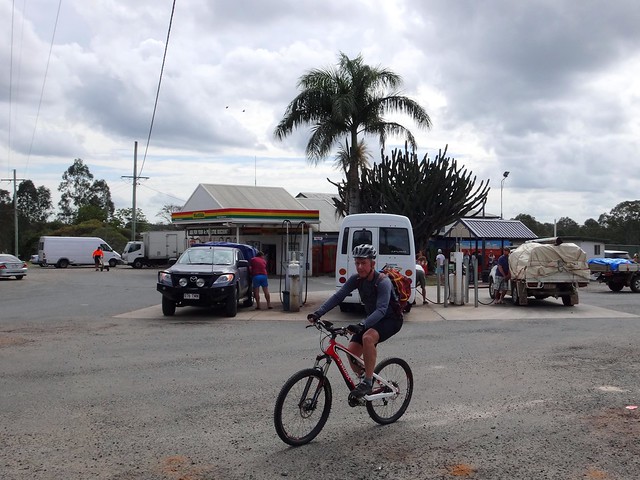 We started at the Goomboorian Petrol Station: half-way between Gympie and Rainbow Beach – famous for its huge cactus and delicious pies. 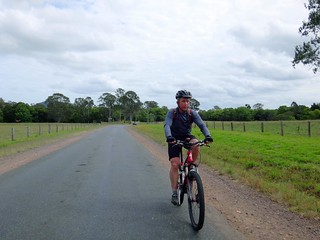 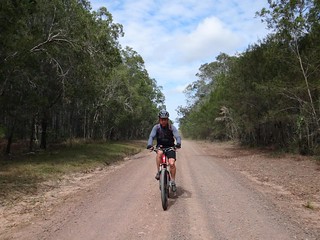 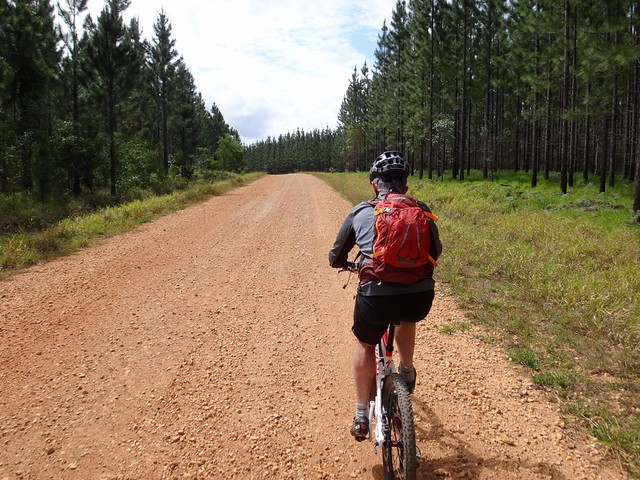 This vast pine plantation stretches endlessly eastwards, and is crisscrossed with a wonderful network of dirt tracks which can take the curious mountain biker on a wide variety of rides. 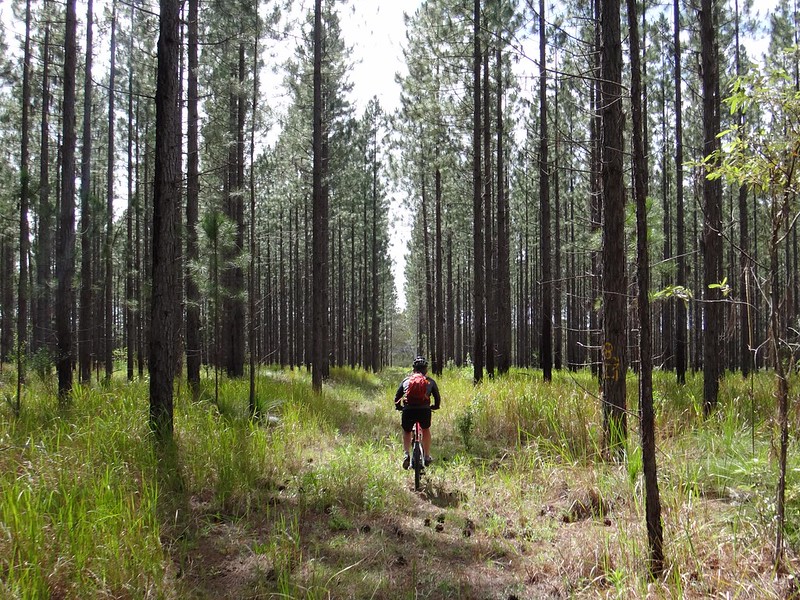 We occasionally left the dirt roads in search of quieter tracks through the trees. 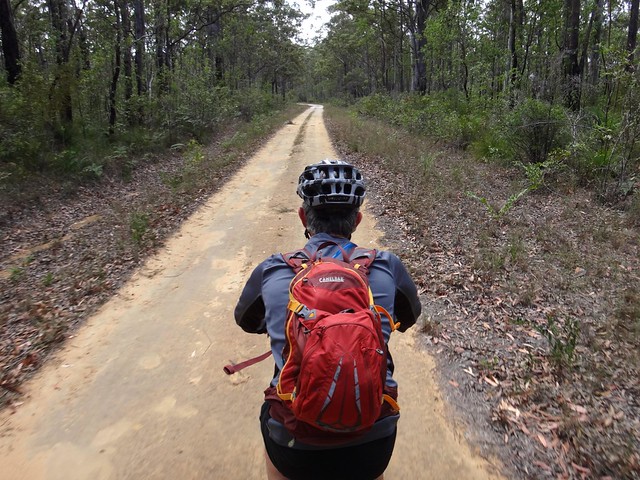 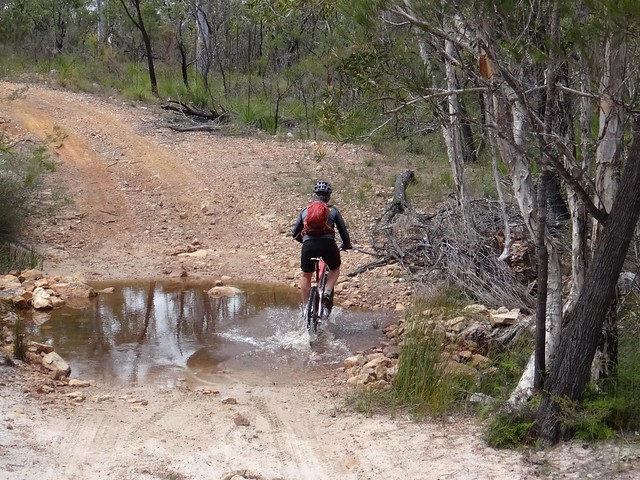 The State Forest borders the National Park, so we eventually left the plantations behind and headed into the rugged beauty of Cooloola. The wide swamps and tea-coloerd creeks around here drain into the Noosa River. It’s a special place. 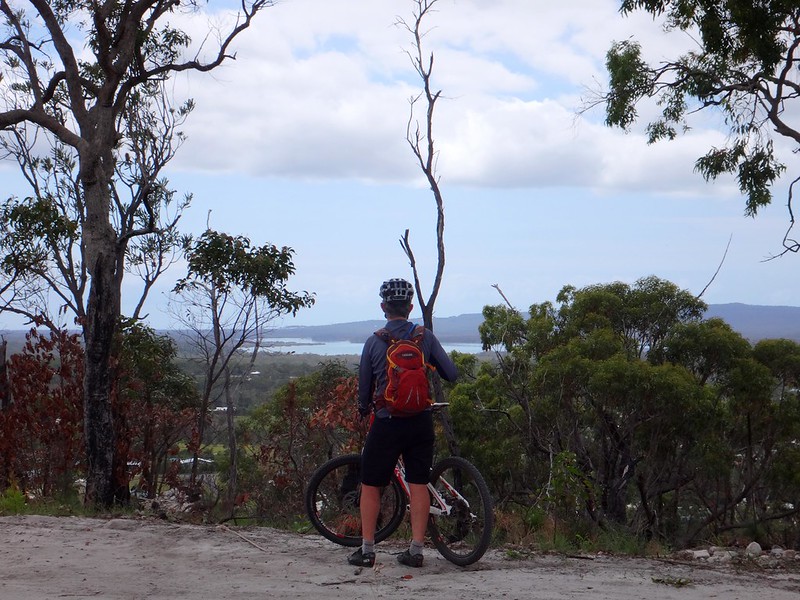 We rode north-east for a couple of hours and eventually reached Cooloola Cove – a small town overlooking Tin Can Bay. 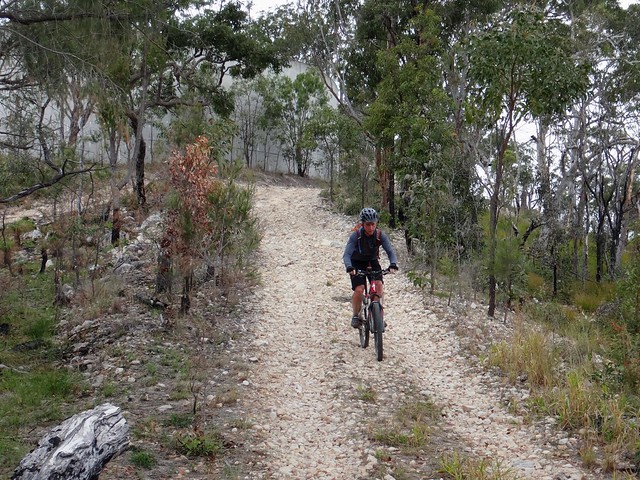 After enjoying the view from the lookout we rolled into town for a bite to eat. 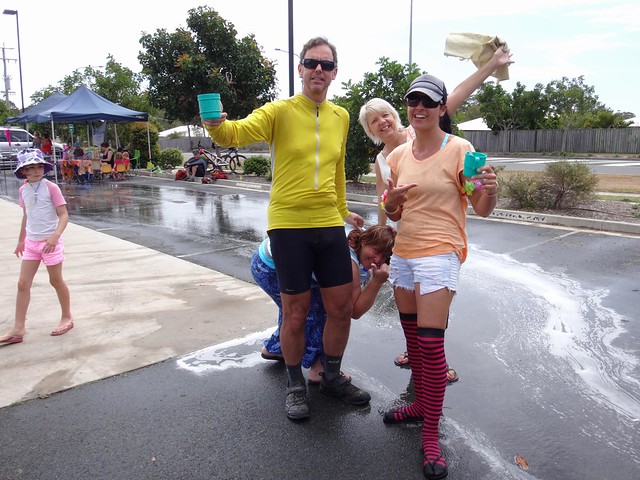 The local Little Athletics club was holding a car wash and sausage sizzle. We explained to Tamara that we didn’t think it was a good idea to get our bikes washed, so we enjoyed their BBQ instead… 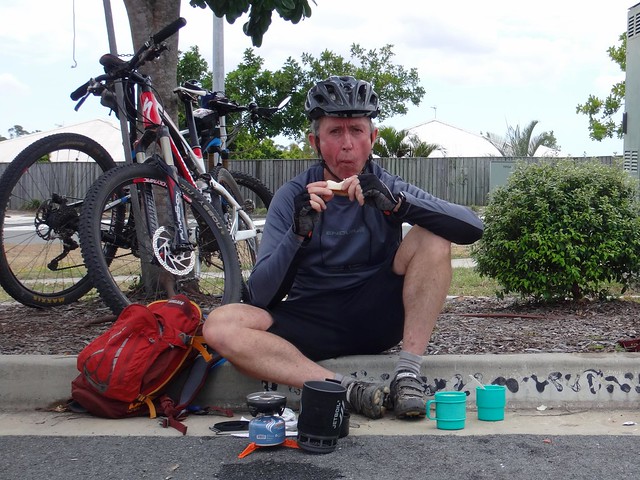 Eric wolfed down a couple of sausages. My BLT didn’t even touch the sides as I gobbled it down. 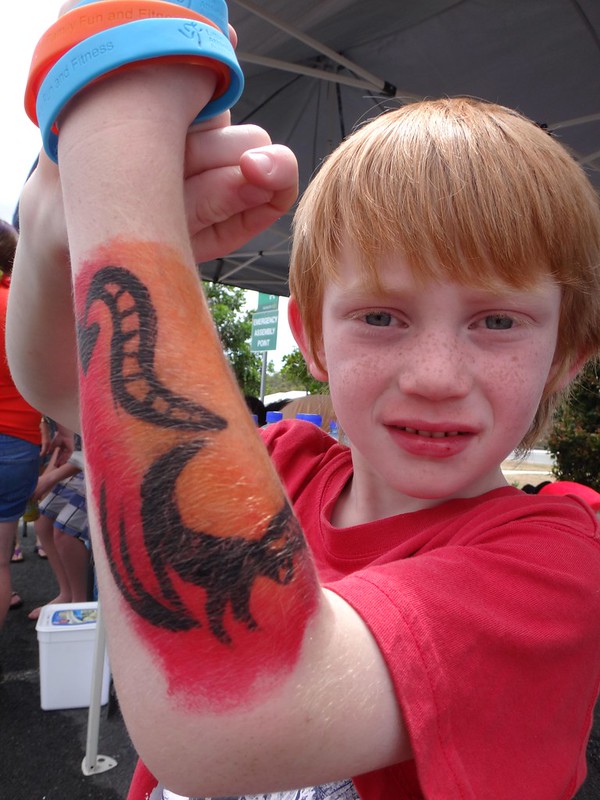 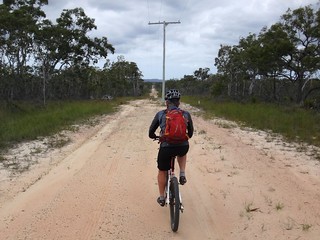 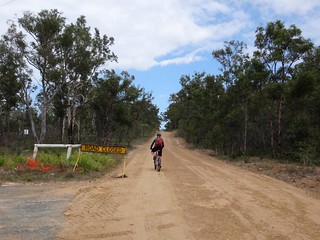 Rousing ourselves from our food-induced slumber, we bade goodbye to the friendly folks at Cooloola Cove and headed off down the “Cooloola Way”. 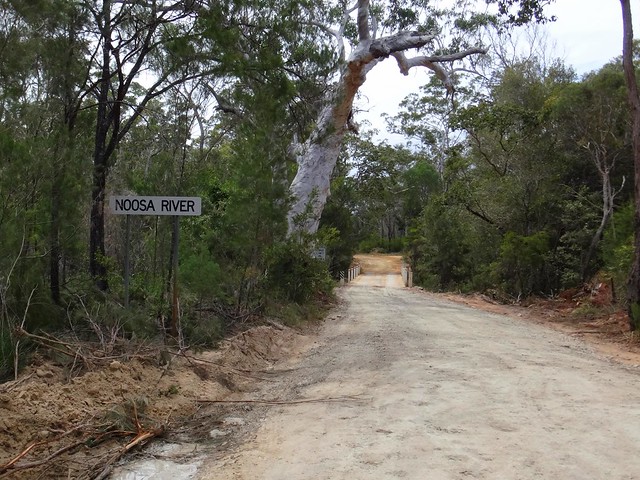 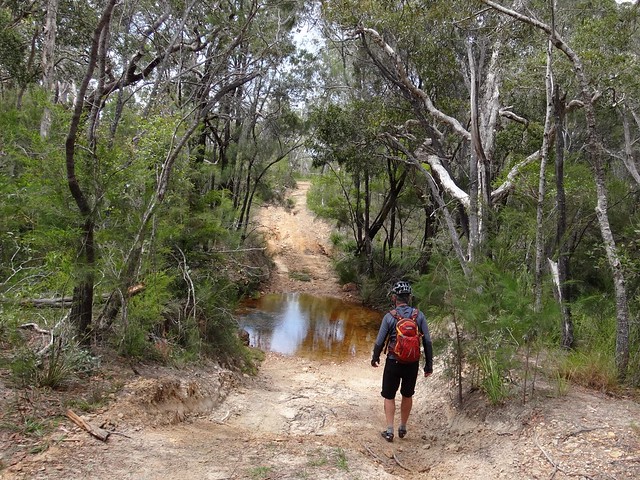 We crossed over the Noosa River on the way back. It is barely a trickle at the moment, but in times of heavy rainfall the raging torrent can do a lot of damage to the road… 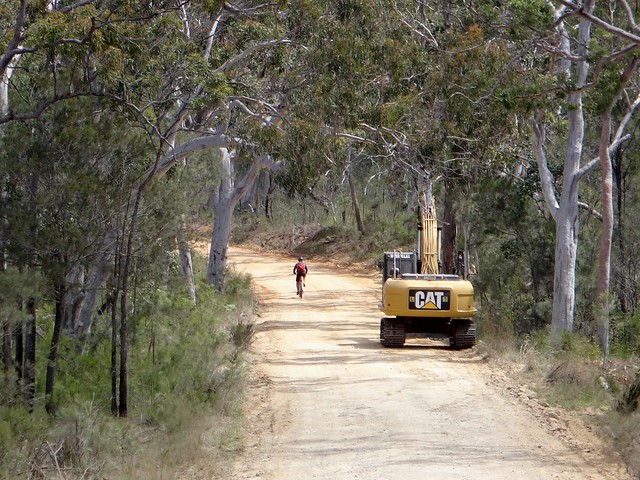 … which is currently closed to motor vehicles while the council repairs the damage. 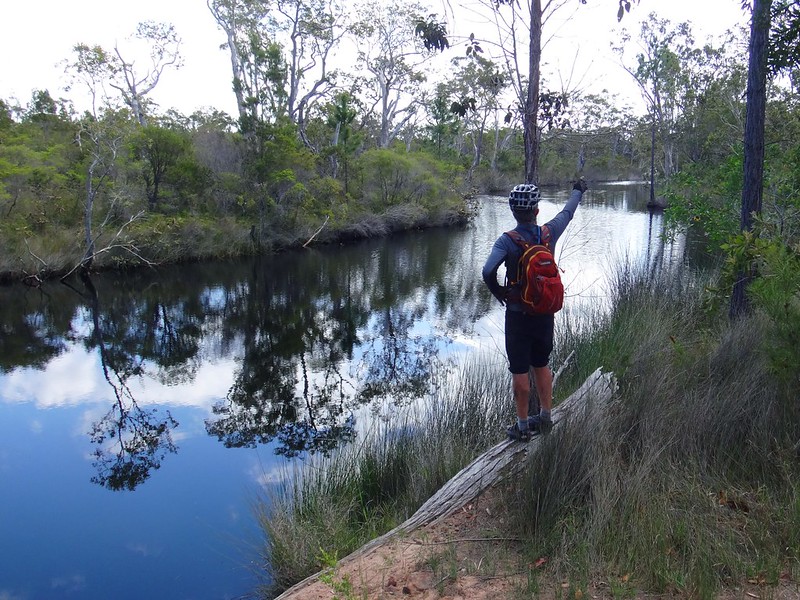 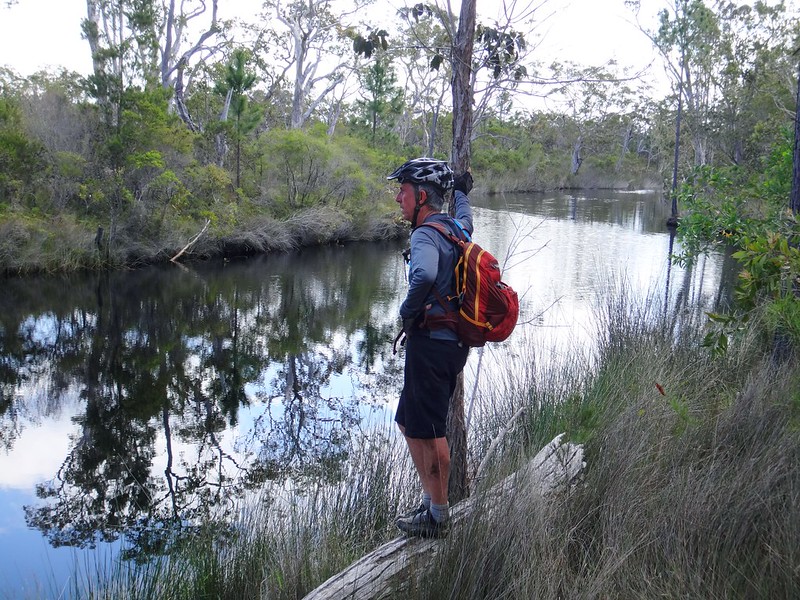 At the southern end of the Cooloola Way we followed Coondoo Creek for a while. The dark water of the water holes looked inviting – I think it might be an idea to come back here in summer for a swim!

From there we rode back through bleak plains where timber had been recently harvested. I recited “The Lorax” (Dr Seuss) to myself as I lamented the contrast between the pristine forests in the national park and the lunar landscape left by land clearing. 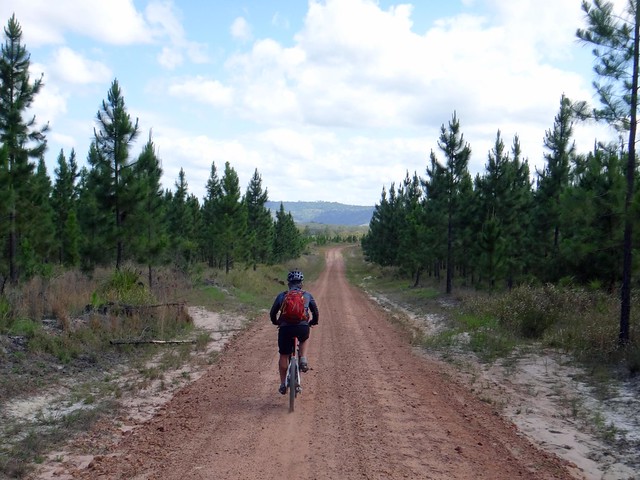 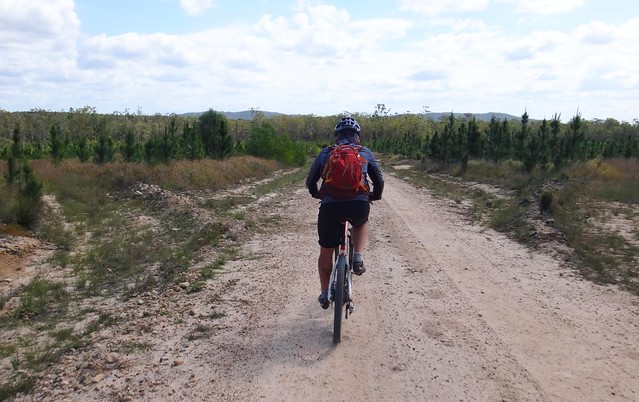 As we continued our way back through plantations in various stages of growth, my legs started to tire as I struggled to keep up with Eric. 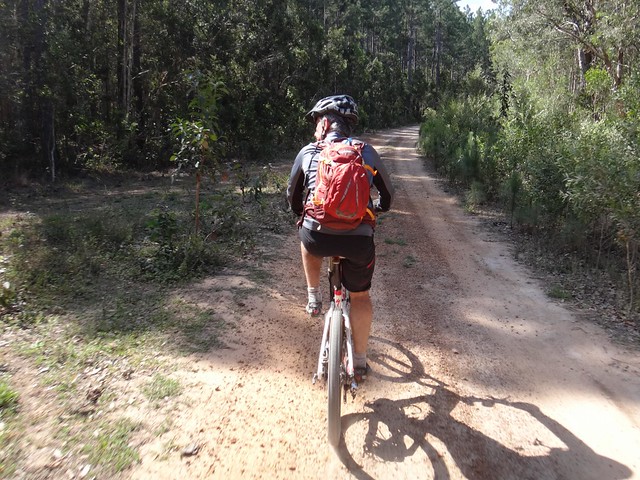 We took a few detours back into the shade of the forest to try to escape the heat of the afternoon sun.

I’ll rate this ride 8 out of 10 on the tough-o-meter. It’s mostly flat – there are no major climbs, but some sections are very remote. To complete the loop in a day you need to keep up a brisk pace – our average moving speed was almost 18 km/h which is really fast on a mountain bike. Take plenty of water – especially in summer.

Thanks Eric for yet another fun ride!

Thanks Tamara and the friendly folks from Cooloola Cove Little Athletics for a delicious lunch! 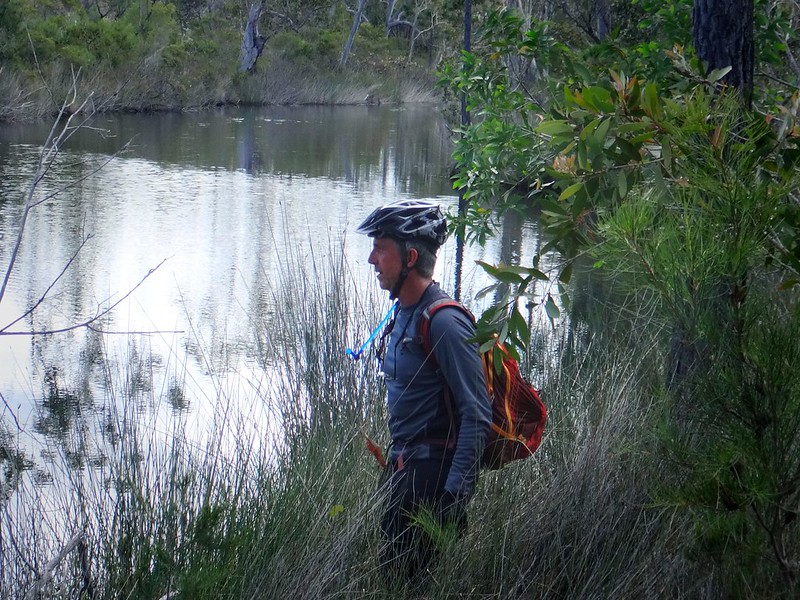