A couple of bright plants caught my eye while I was riding by the lake this morning, so I thought I’d share them here. 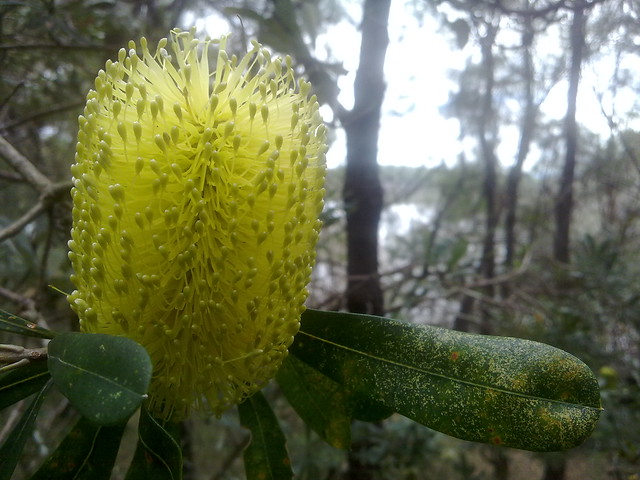 There are many striking yellow banksia growing along the shoreline of Lake Samsonvale. There are so many variations of this plant that I can’t accurately name this species, but if I had to guess I’d say a Coastal Banksia (Banksia Cuninghamii), named after the prolific Alan Cunningham – an impressive botanist and explorer of this area in the early 19th century. 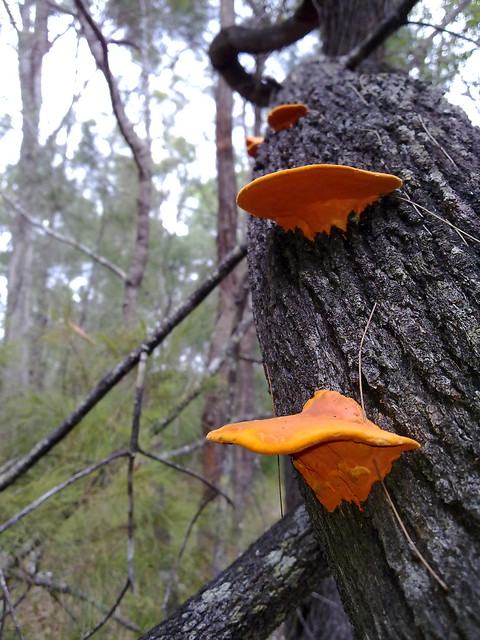 If you want to be pedantic, this fungus isn’t a plant, and I really shouldn’t be including it in an article entitled “Samsonvale Flora” because it’s not Flora. Fungus is in a separate kingdom from plants and animals. If you’re interested, you might like to read this article. But they’re bright, and they grow on trees all over the place round here. I wouldn’t have a clue what species it is.

Today’s ride was pretty short, but I was delighted to see Powerlink has repaired some storm-damaged fire trails, and I was able to smash a couple of challenging hills during the ride.