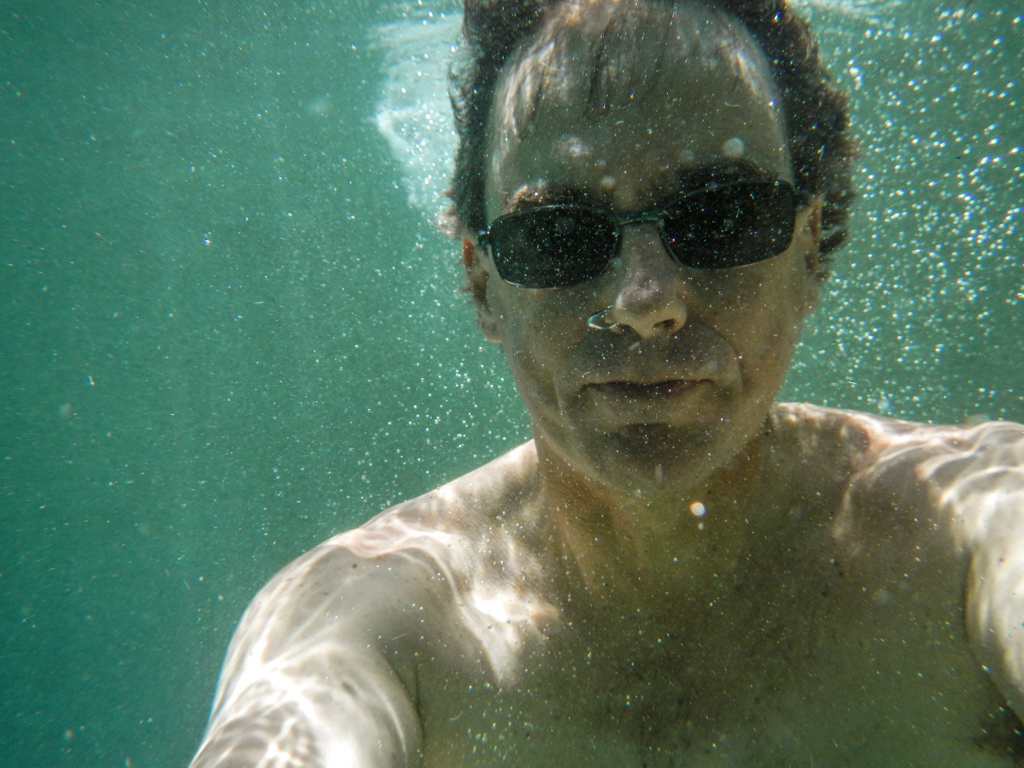 Every week since February 2013 I have written a blog post without missing a week. That’s a total of more than 260: one every week, for five years. It’s time for a break. END_OF_DOCUMENT_TOKEN_TO_BE_REPLACED 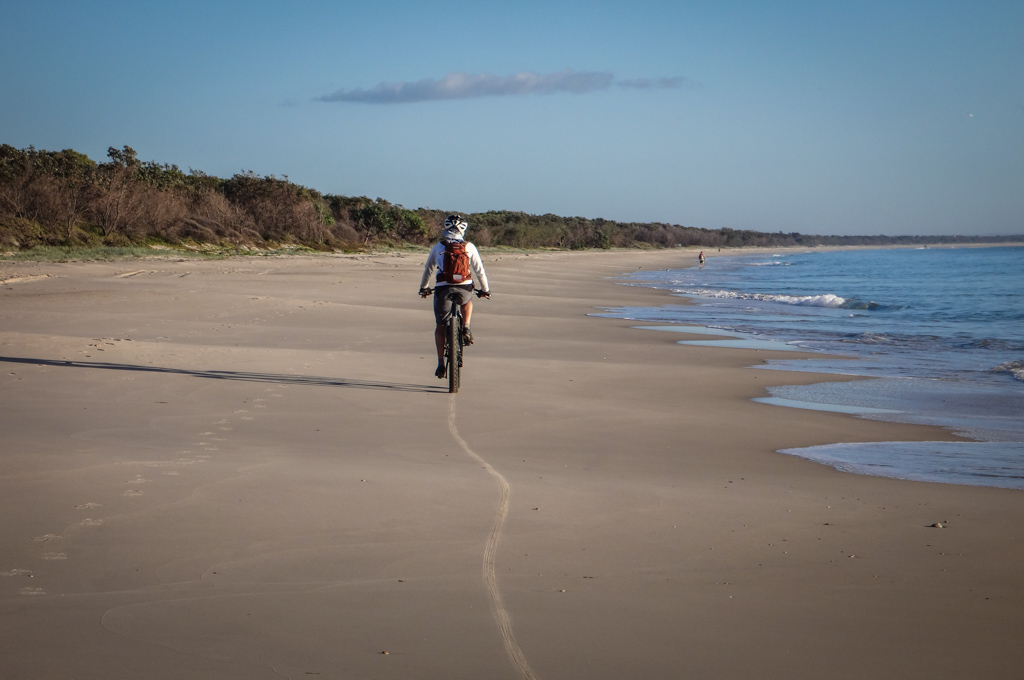 Although we’ve ridden on Bribie Island many times, the continually changing tides and seasons make each visit a different experience.

END_OF_DOCUMENT_TOKEN_TO_BE_REPLACED

Darb has a goal to ride one thousand kilometres in the month of October as part of a fund-raising effort to support the Childrens Medical Research Institute and their fight against cancer in children.

So Simon and I decided to take him on a big long ride up to the Glasshouse Mountains and back.
END_OF_DOCUMENT_TOKEN_TO_BE_REPLACED

In 1999 Liam Connor made a major decision to quit his Environmental Science degree, and study something he was passionate about – Film Making.

Since then he has shot a number of overseas films, and was a recent finalist in the prestigious Tropfest 2013 Film Festival with his short film “Time” – shot in and around the Gold Coast Hinterland.

Liam and his film maker friends, Lucas Thyer and Brad Francis, got together a bunch of excited backpackers who were staying in Cairns at the time, as well as a dance crew that Lucas knew.

They used an array of GoPro Hero3 cameras, including a semi-submerged vertical array to get some spectacular footage – the result is stunning.

Liam tells me while some of the shots worked on the first go, many of them took hours.

You might look at what this son of a humble avocado farmer from the Tweed Valley is doing and think “What a lucky bloke – he’s living the dream”, but I don’t think it has anything to do with luck.

I think it comes down to Passion, Persistence and Perfection – the magic ingredients for any successful venture.

How can you create anything worthwhile unless you’re passionate about what you’re doing?

But passion isn’t enough. It takes ages to get some things just right – which requires persistence. And you’re not going to persist unless you really want excellence.

Good on you, Liam, for having the guts to decide to follow your passion – and for sticking with it. And best wishes to you, Brad and Lucas with this entry in the “1 day in Paradise” competition 🙂

There actually is much more to my life than riding bikes 🙂

This weekend, our youngest daugher Lilly had a major role in her school play, “Yee ha”. In the wild west, something stinks, and it’s not the drains. In a hilarious take on the real world, the local mayor is in cahoots with a gang of criminals, and is trying to rip off the town to line his own pockets. 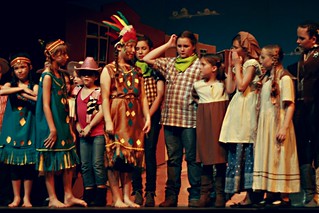 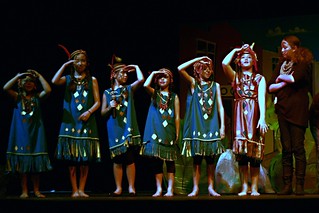 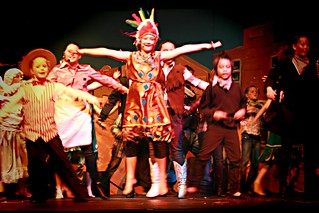 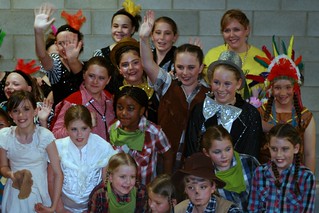 It was a fun play – we really enjoyed the color and the songs. But most of all, we were proud of our young star who performed magnificently. 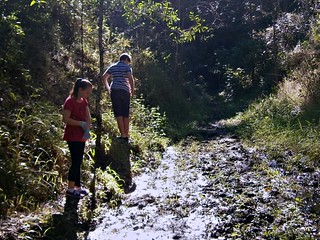 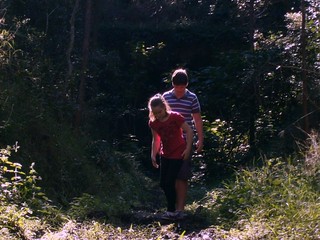 So on the following day we thought we’d “chill out” and take a drive to Samford and relax. On the way we stopped at “The Bat Cave“. I’ve ridden there before on the bike, but I wanted to show it to Liz and the kids. 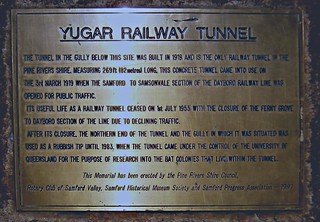 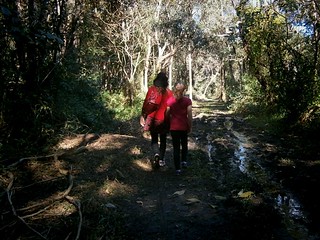 The tunnel was built in 1919 as part of the now defunct railway line between Samford and Dayboro. It was closed in the 1950’s when the line stopped being used, and was eventually recycled by the University of Queensland to be used by a colony of bats. Hence the name “Bat Cave”. 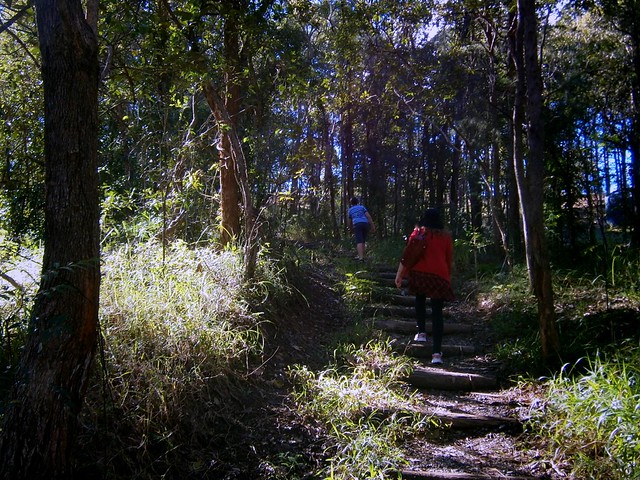 Today the disused railway line is used by horse riders, mountain bikers and hikers as a recreational trail. 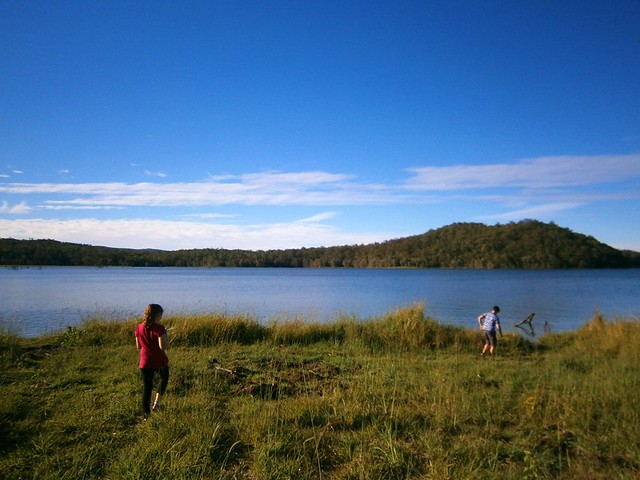 After a delicious snack at Samford we drove up to Samsonvale Cemetery. It’s on the shore of Lake Samsonvale. An entire town used to be here, but it disappeared under the lake when the North Pine Dam was built. Ironically, the “dead centre” of Samsonvale is all that remains of the town. 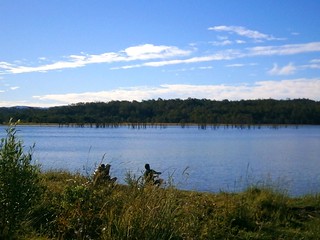 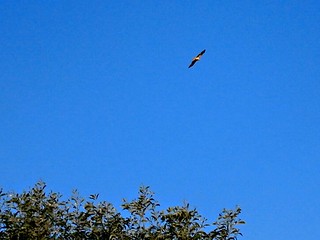 It’s a beautiful spot to relax, cast in a fishing line, or watch the local Whistling Kites look for food. 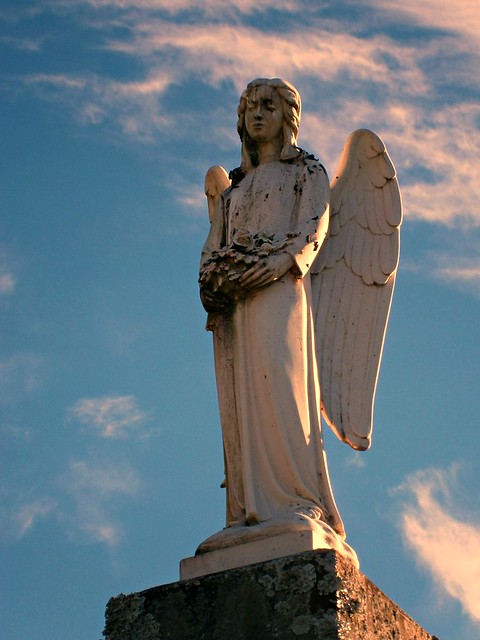 It’s also a great place to read the grave stones, some of them heart breakingly tragic, and think about how short life is, and how wonderful it is to be alive, and to share it with such special people as our families. The Rocky Giant hunches with his face towards the sea
And his heart is filled with aching from an ancient tragedy
That happened in the dreamtime when the land was fresh and young
And his burning anger separated Tibro from his son.

But he holds a darker sorrow that he longs to shout out loud –
Someone else’s precious son is waiting to be found.
And Tibrogargan comforts him: “Peace. You’re not alone –
My family of mountains will help to bring you home”.

The pregnant Mother Beerwah has been waiting to give birth
But it takes an age for mountain babes to rise up from the earth.
And as she waits she worries over all her Glasshouse brood
And hopes that they’ll grow safe and strong (as all young mountains should)

She watches while they frolic all about her feet each day
And she notices another child has joined with them in play.
Another mother’s son is lost: “For how long have you roamed?
Stay here with us until it’s time for you to go back home”

The Kabi tell the story of Glasshouse woes and fears
Why all the creeks flow constantly with bitter mountain tears:
An ancient storm; An argument; A son who went astray –
An absent child; An aching void that never goes away.

The mountain spirits kept their word, their sacred task is done
With ancient love and tenderness for someone else’s son.
And so today the Glasshouse creeks are flowing with fresh tears
For Daniel’s coming home at last: he’s waited nine long years.

In memory of Daniel Morcombe, and in gratitude for the comfort we can draw from the dreamtime legends of the Kabi / Gubbi Gubbi aboriginal people.

Here’s a poem I wrote recently as part of a competition on the theme “Making pictures”.
END_OF_DOCUMENT_TOKEN_TO_BE_REPLACED It seems like wherever I ride my mountain bike these days, this wonderful rock art seems to be springing up.

One day I’ll ride by and see a simple pile of four or five stones. In a few days, there’ll be a few more – as though it’s a sapling or a strange rocky mushroom. After a week or two it starts to get more complex, until eventually you get something fascinating like this which looks like the fairies have been up to mischief in the forest.

This phenomenon is wonderful on so many levels:

Unlike the Mona Lisa, this sort of art is vulnerable. If someone was malicious enough they could knock all the rocks down with impunity. But they don’t. I think this is because most people who go out in the forest on foot or on a bike are happy people. The happiest people on earth are those who get regular exercise doing something they enjoy. I doubt you’d get many spiteful souls walking in the forest. I doubt this sort of creation would last a day in a big city.

Even though it’s vulnerable, it’s beautiful. Not in a “Mona Lisa” way – but on a simpler level. Someone just grabbed a few stones lying around and stacked them. It probably took less than a minute. But the end result quietly says “I was here”. When someone adds to it, the stones say “I was here too”. After a few weeks, the mystical conglomerate seems to be chattering away saying “Hey – we were here too! Me too! And me! Woo – hoo isn’t this fun!”.

And eventually you have something created by dozens of people that has taken on an happy energy of its own.

As an experiment, why don’t you take a walk in a forest somewhere, stack up a few stones, and see what they grow into?