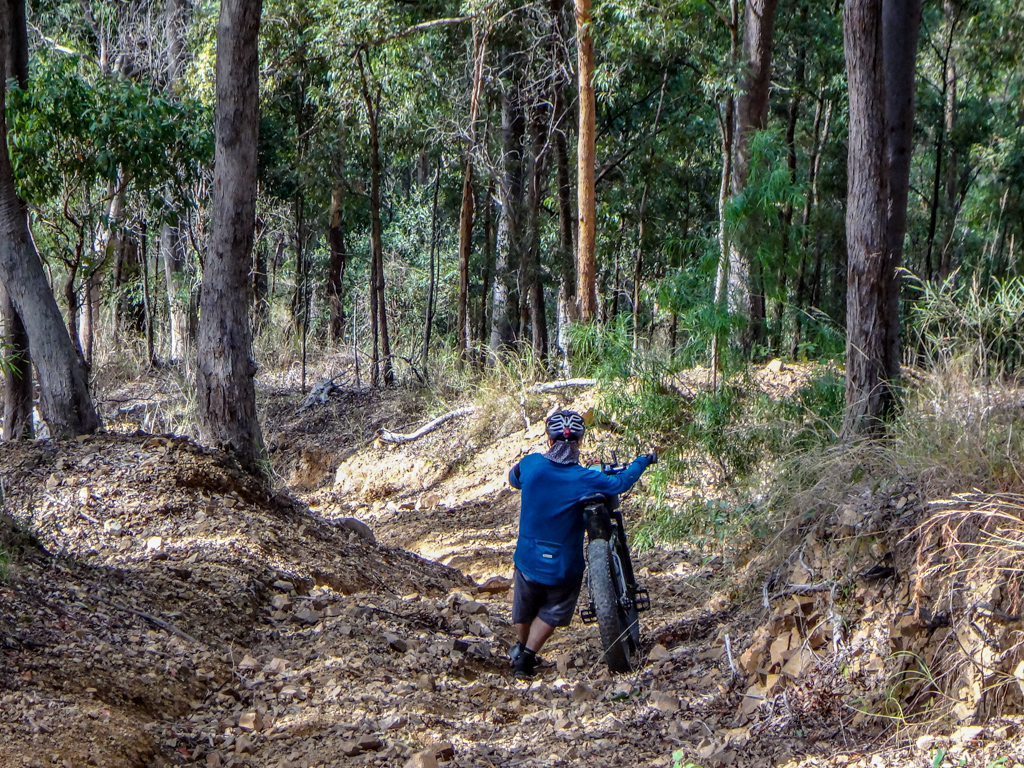 “That’s the second week in a row we’ve visited a place we won’t be coming back to!”

My riding buddies were right.  The D’Aguilar Range has some steep hills.  Some of them are best done on foot, not by bike.

Today’s ride started in Lacey’s Creek at the bottom of Wirth Road. 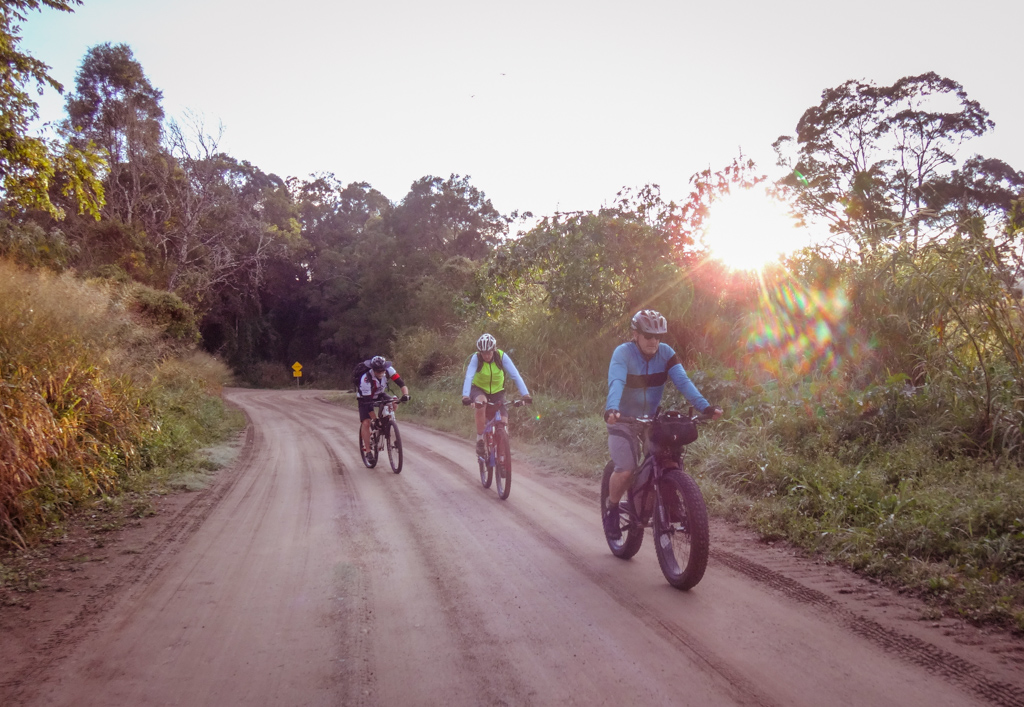 The cool winter morning made the steep climb easier…

…but it was still hard work. 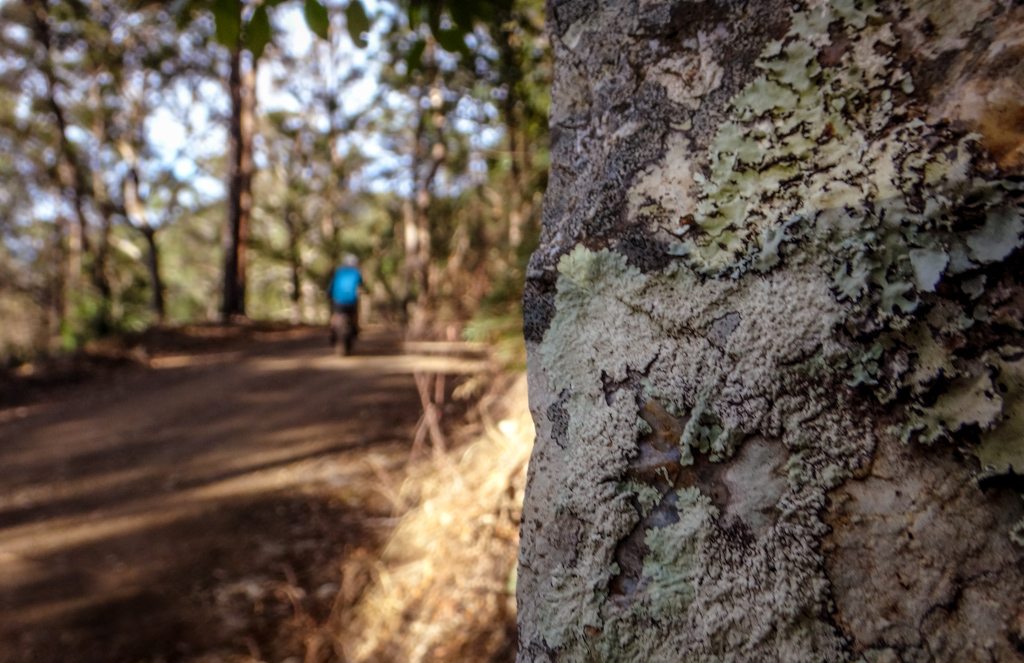 We continued upwards following Range Road as it twisted up the mountain.

Occasionally we caught glimpses through the trees of fog-filled valleys below us. 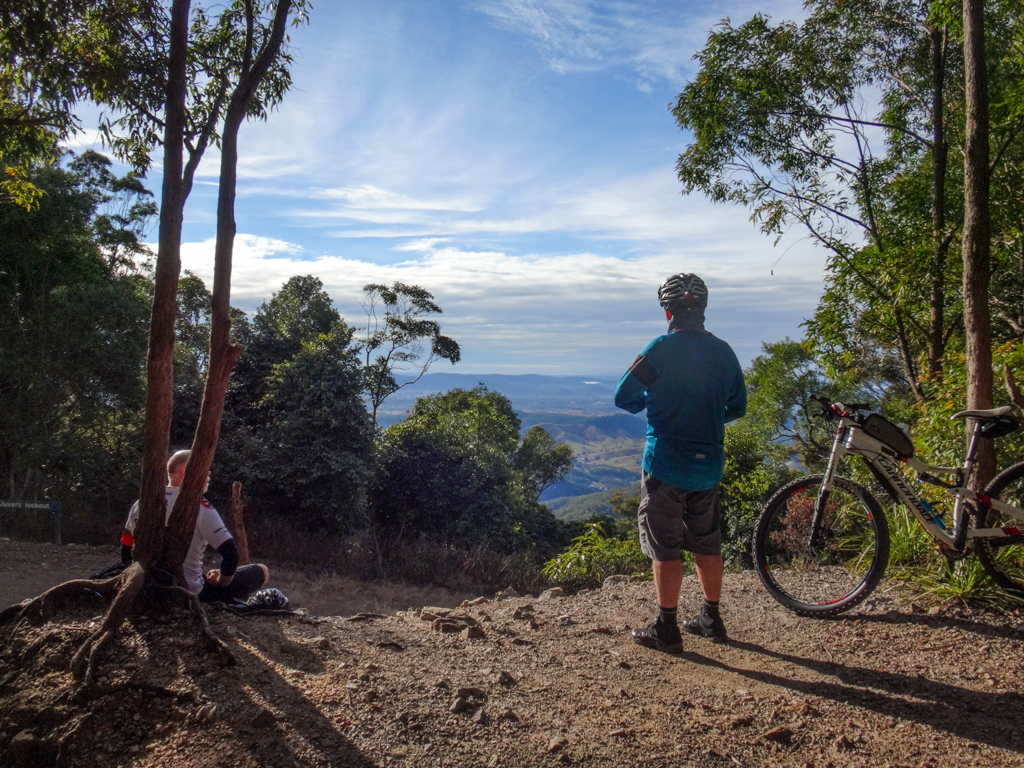 We sat in the gentle morning sun, gazing east towards Moreton Bay while we rested our legs. 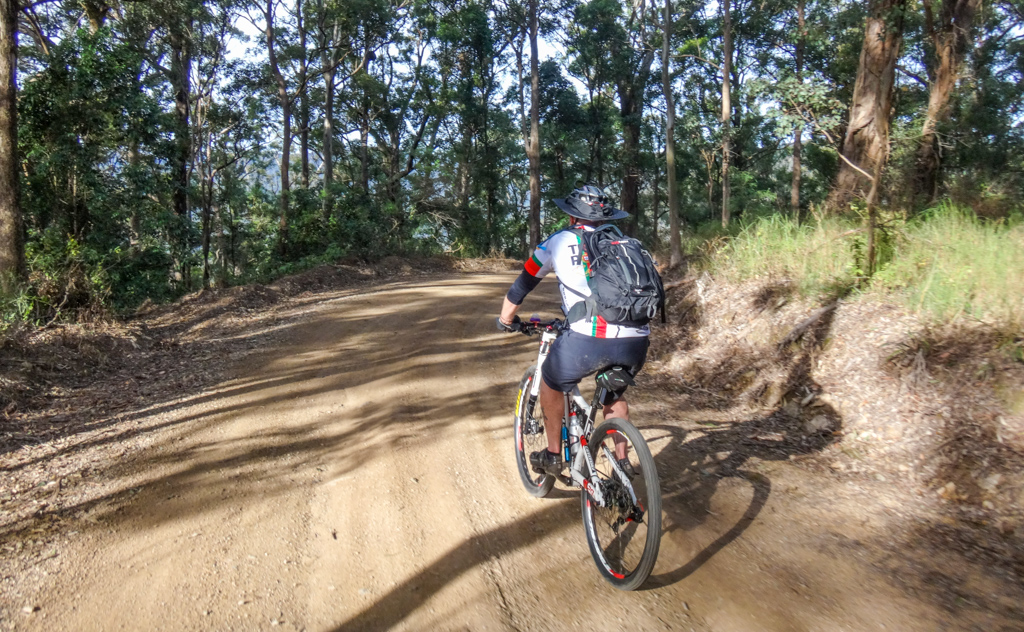 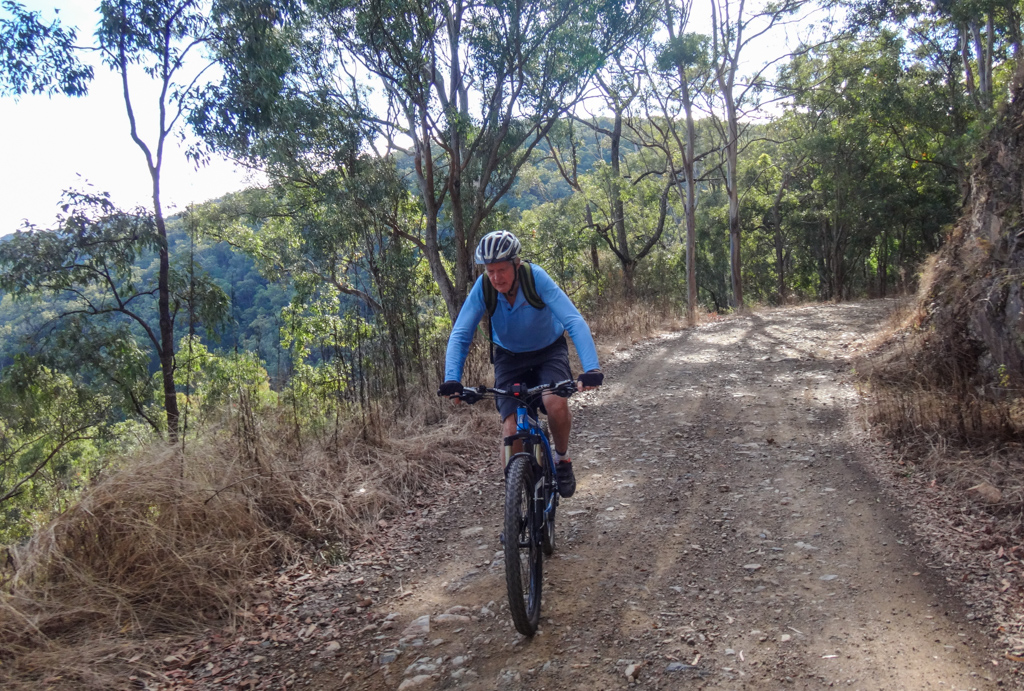 The road dropped steeply as we headed south.

We released the brakes and accelerated downwards, skidding and bouncing over the rocky road as we went.

As we followed the summit of the range, more views opened up to the west, on our right. 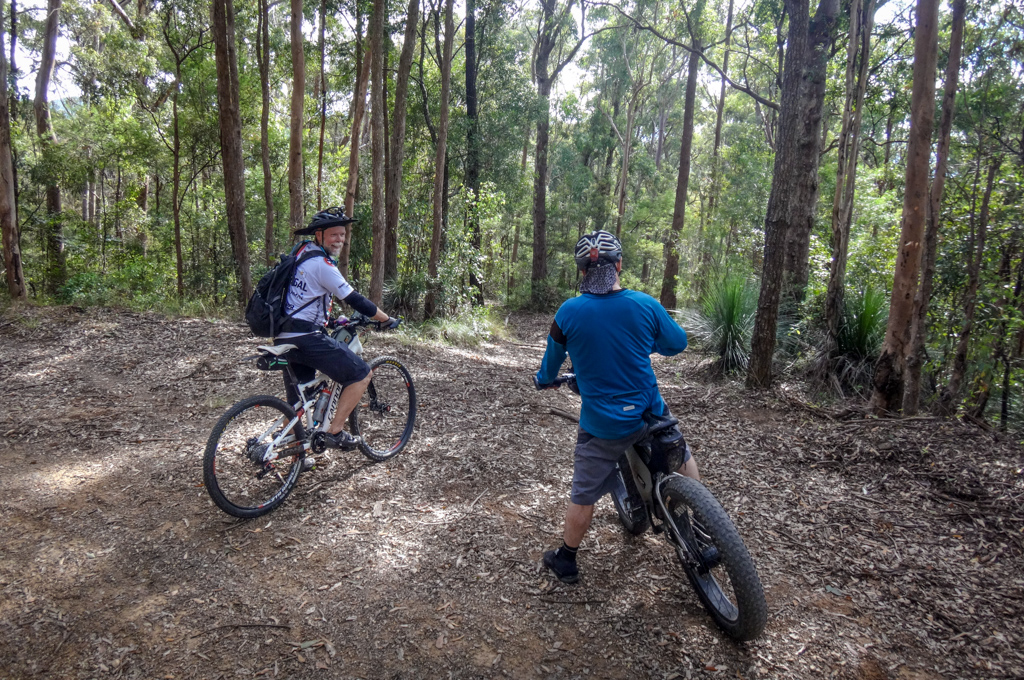 At the top of the next long climb we paused nervously.

Earlier in the week, Darb had spotted an “interesting” looking track called “Pine Creek Break” on the map, and wondered what it was like. 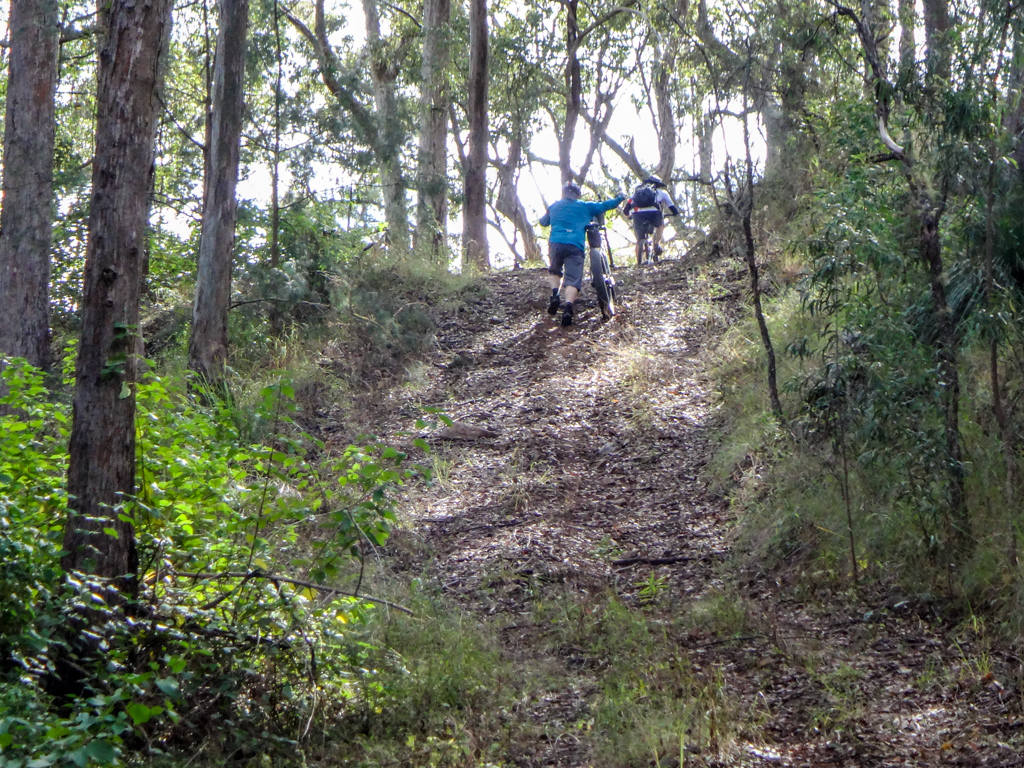 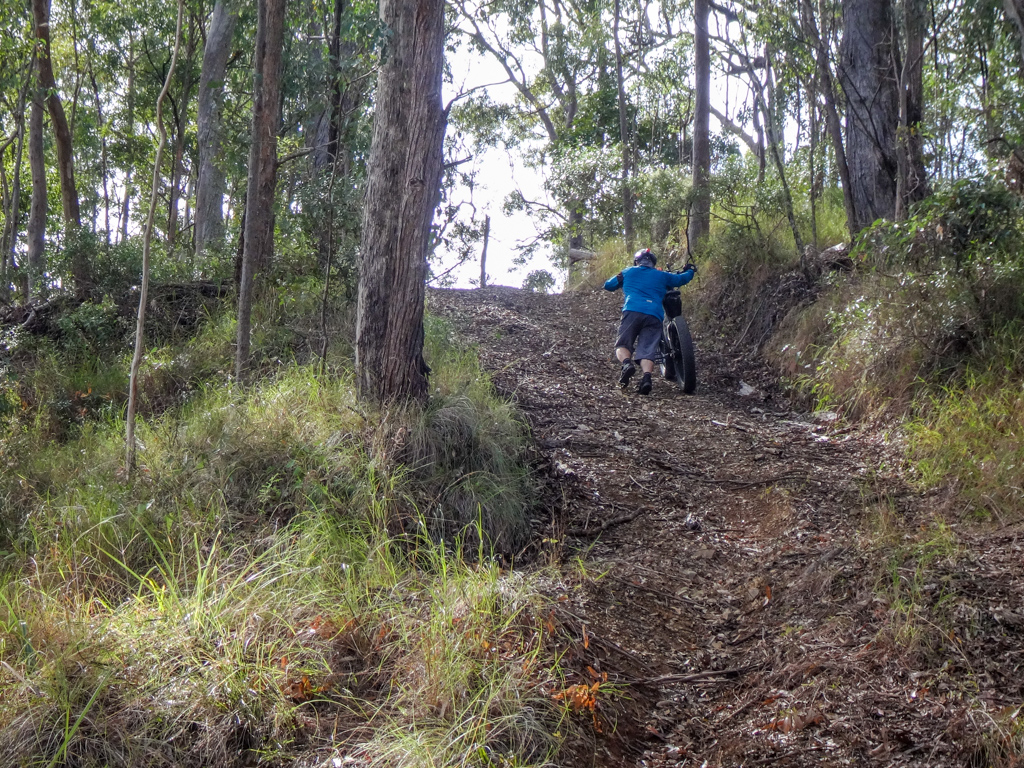 The next hill was even steeper. 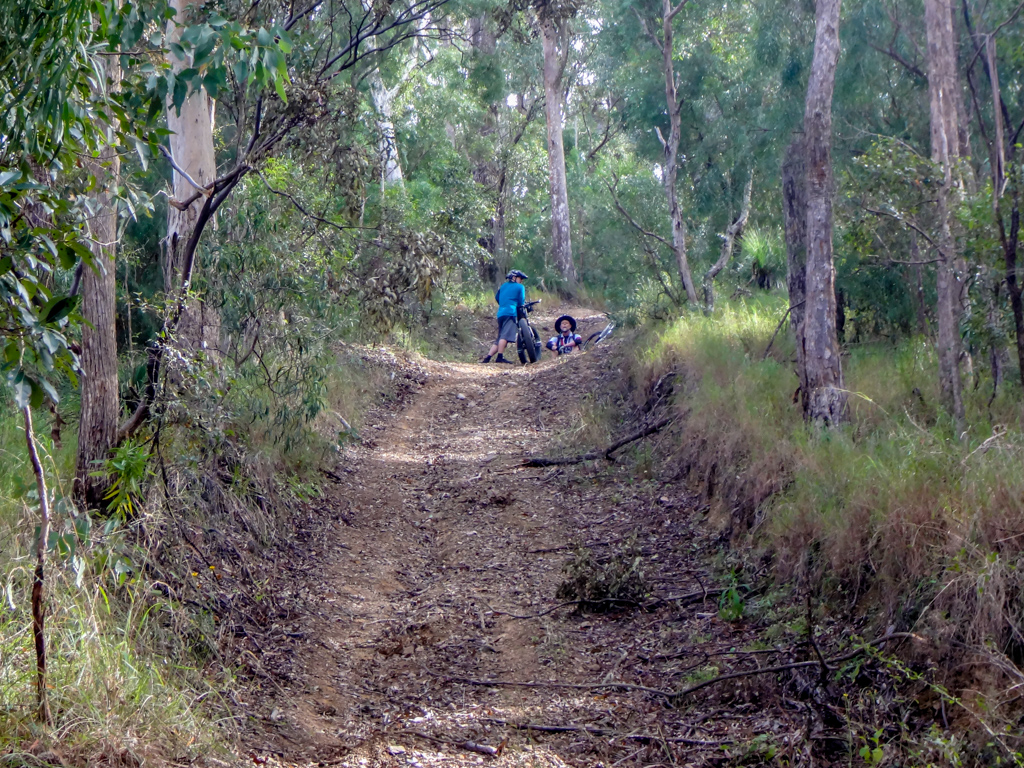 We stopped half-way up the third one.

This was getting crazy.

Me feet slipped in the gravel as I tried to push my bike upwards.

Surely we’d get a chance to go downhill soon?

“Bakers Break” dropped about 350 metres in elevation over one kilometre.  The surface was covered in loose rocks.

For most of it I sat on my backside and slid down, hoping the bike would be ok. 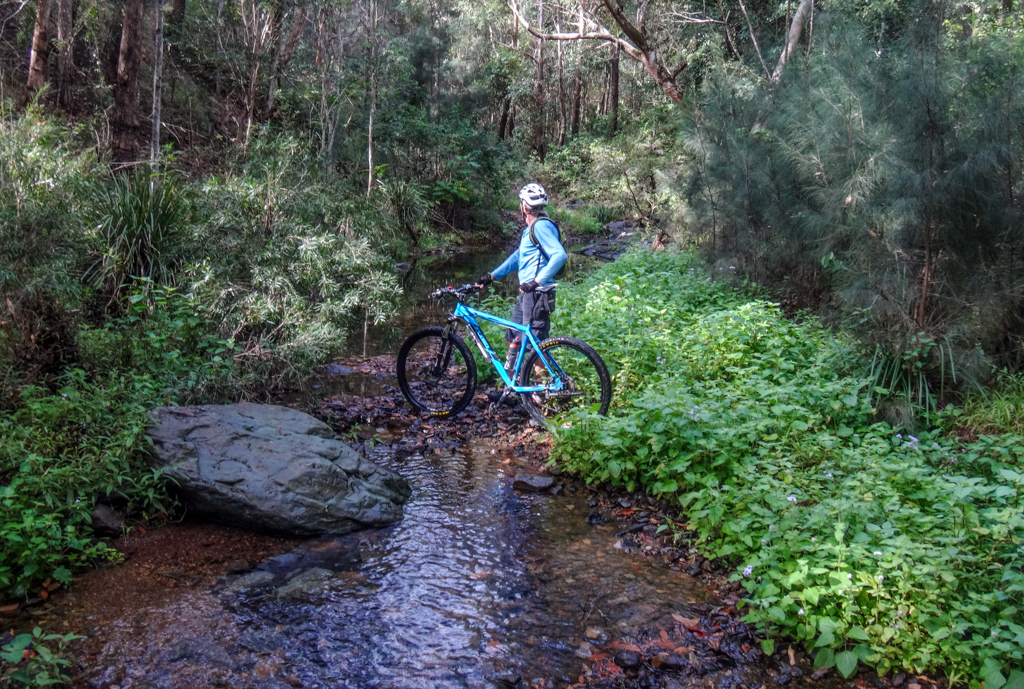 At the bottom we splashed through Redman Creek – a delightfully secluded waterway in the midst of dense forest. 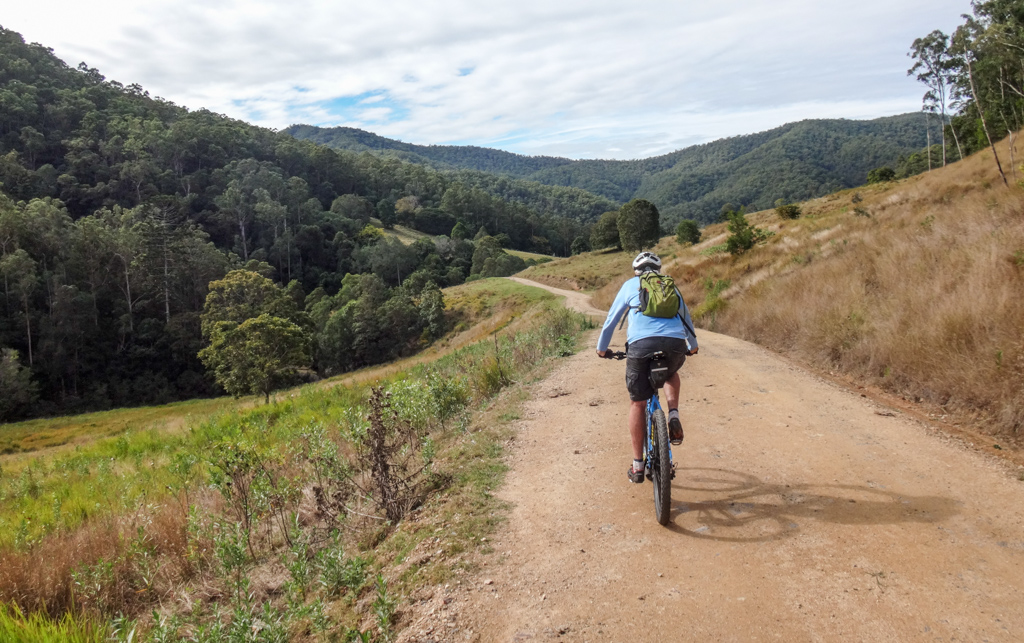 Eventually our track emerged from the rainforest in the midst of rolling green farmland, tucked away in a hidden valley at the head of Lacey’s Creek. 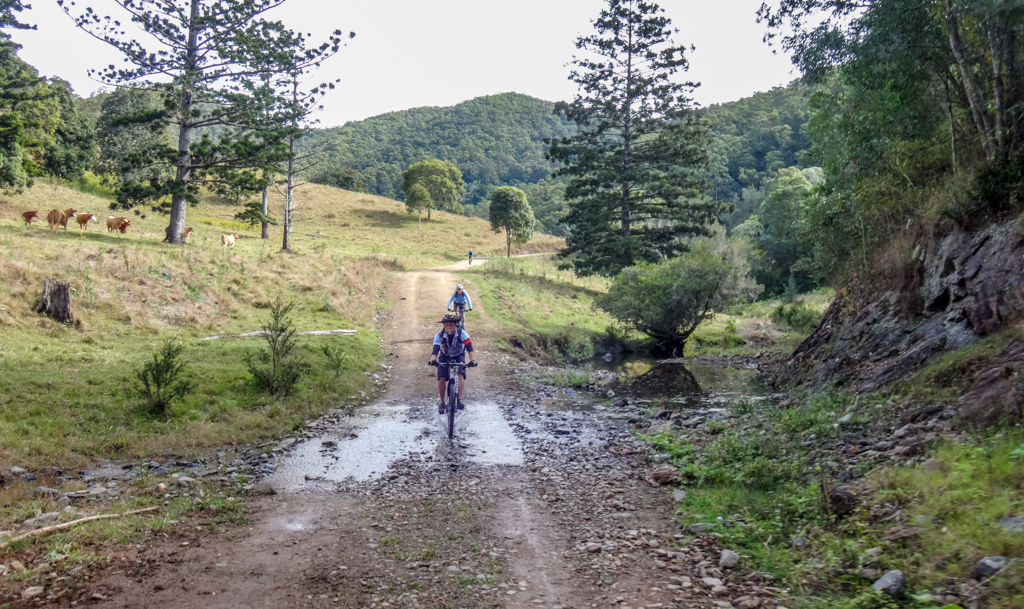 The the “ups and downs” of today’s ride behind us, our minds focused on important things – what would we have for lunch?  Where would we eat?

We rode thirty-four kilometres in just over five hours.
During that time we climbed about 1,550 metres in elevation, and I burned about 2,600 kcal.
This was a surprisingly tough ride for such a short distance.
I’ll rate it 9 out of 10 on the tough-o-meter.
Don’t bother taking your bike to Bakers Break. It’s dangerously steep.

Thanks Darb, Jason and Paul for another fun day out in beautiful country.