I didn’t realize you could ride 40km from Coolum to Tewantin on dirt tracks. Today Murray proved to me that it was indeed possible, and that the tracks were a lot of fun. 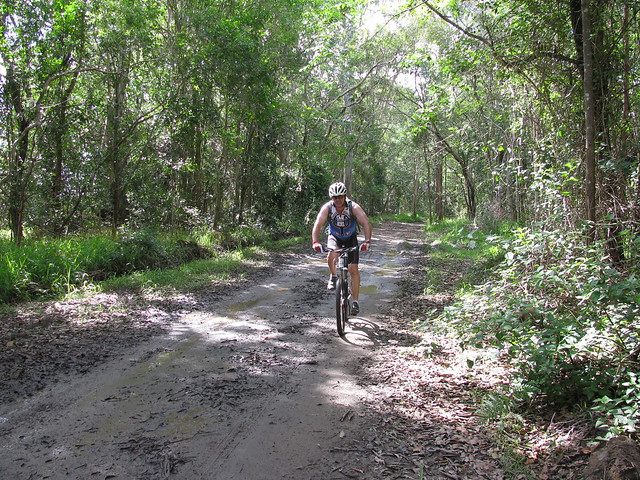 After following the tracks along Stumers Creek and behind Emu Mountain, we eventually came to Doonan Bridge Road North. Last time I was here, this “road” was just several kilometres of mud and flood waters. Today it was a quiet dirt trail with lots of shade and no traffic except for a few goannas. 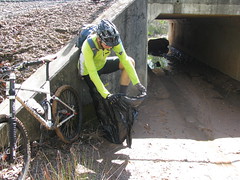 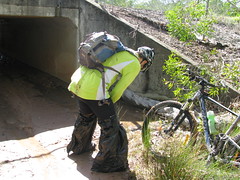 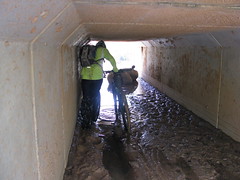 At one stage our path crossed the Sunshine Motorway. But rather than going across the motorway, we went under it, via a storm water drain. The only problem was the drain was full of ankle deep mud. As most people who have ridden with me before will attest, I hate getting my feet wet, so I used a couple of garbage bags (which I always carry) to make a couple of waterproof coverings for my legs. This let me wade through the mud and get out the other side relatively dry. 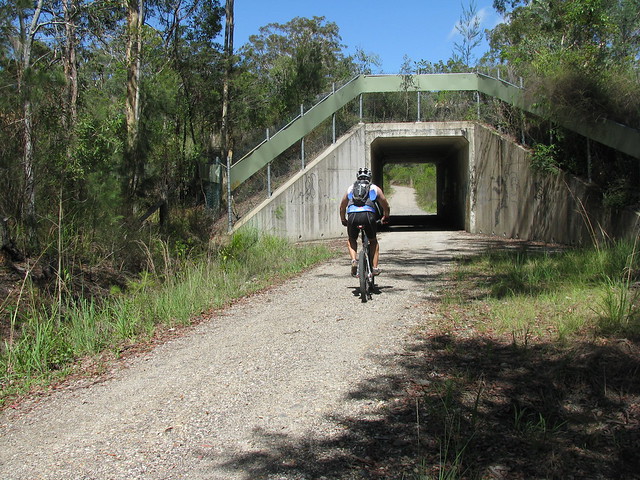 After riding some single tracks through some beautiful forests, and feeling like a couple of ten year old kids mucking around, we eventually had to cross the motorway again, this time via a more user friendly tunnel that was actually intended for walkers and cyclists. Thank you Sunshine Coast council! 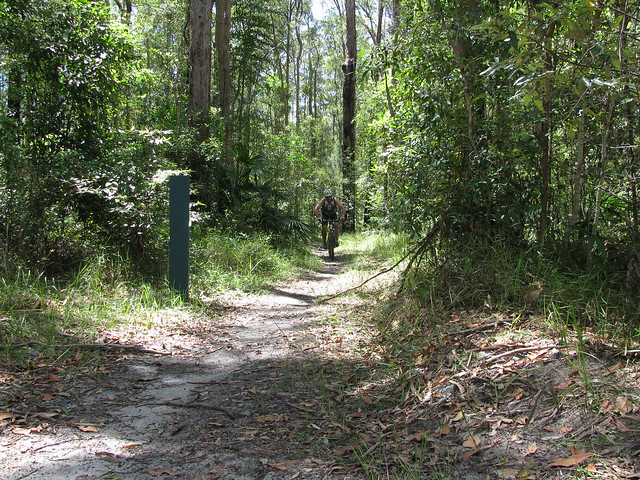 After about 30km of dirt tracks we arrived at Wooroi State Forest, Tewantin, which is full of beautiful flowing single tracks through lush rainforests that feel like something out of “Jurassic Park”. This forest is very popular with mountain bikers and has dozens of different tracks to suit riders of all different abilities.

The track that impressed me most was “Bloodwood” – a winding hilly trail through ferns and creek crossings, which gets its name from a couple of huge Bloodwood Tree Trunks that are laying down next o the track. I didn’t get a chance to photograph them because I was too busy grinning and yelling out. 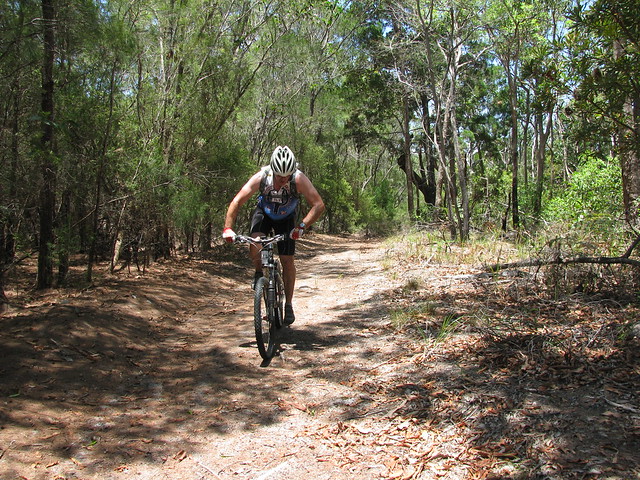 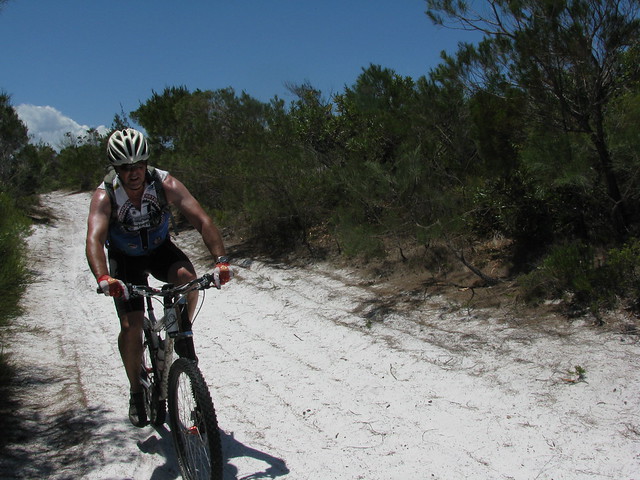 After rolling through the ritzy avenues of Noosa, we eventually made our way back off-road on the eastern side of Lake Weyba. While there’s not much climbing here the tracks are really difficult because of all the sand. So even a relatively easy slope becomes almost impossible to ride. It’s really easy for your front tyre to slide out as you ride along, and for your back wheel to spin in the sand and soak up all your power. I found the best way to handle this was to keep my weight back as far as possible, to keep the bars as straight as I could, and to go as fast as I could.

The white sand looks nice, but it acts like a mirror, so in mid-summer it reflects the heat back into your face. This was probably the most difficult part of the ride. 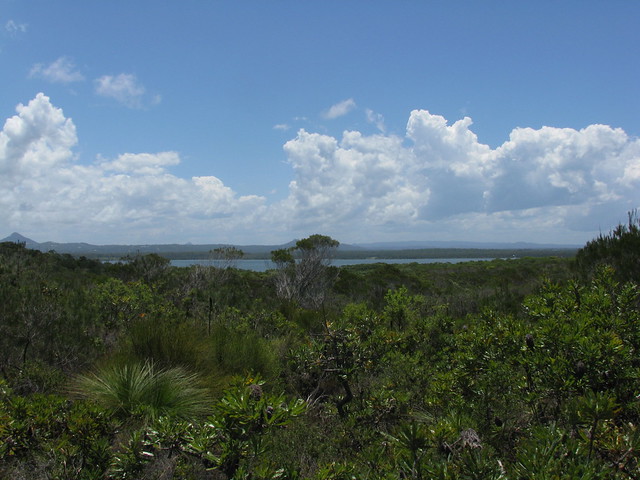 I loved the views out to Lake Weyba (pronounced “Why ba”).

Thanks once again, Murray, for showing me around your home trails. I had a great time.