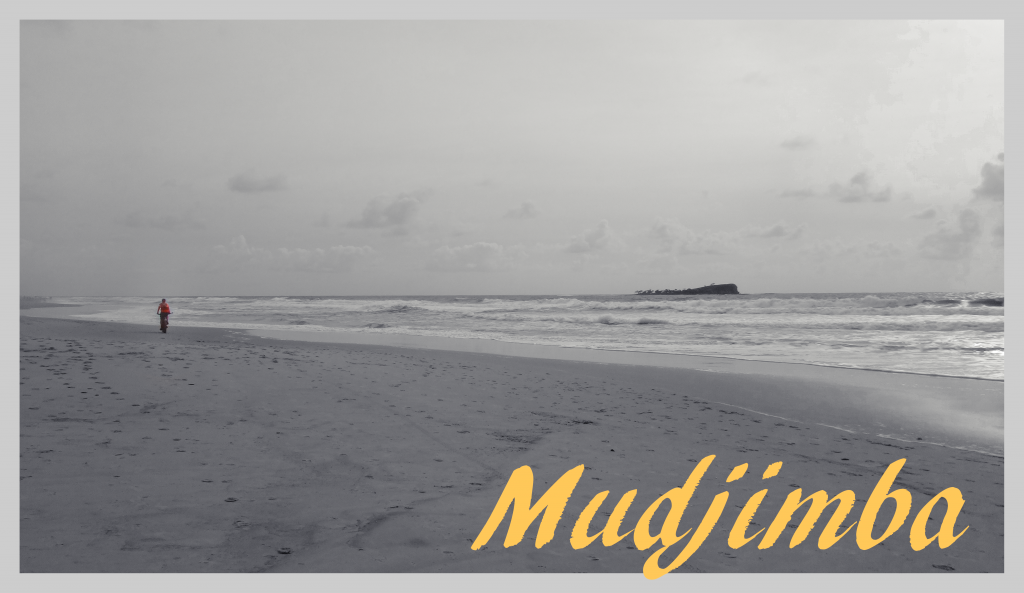 Once upon a time, long ago in the Aboriginal Dreamtime, two men had a titanic life-and-death struggle… 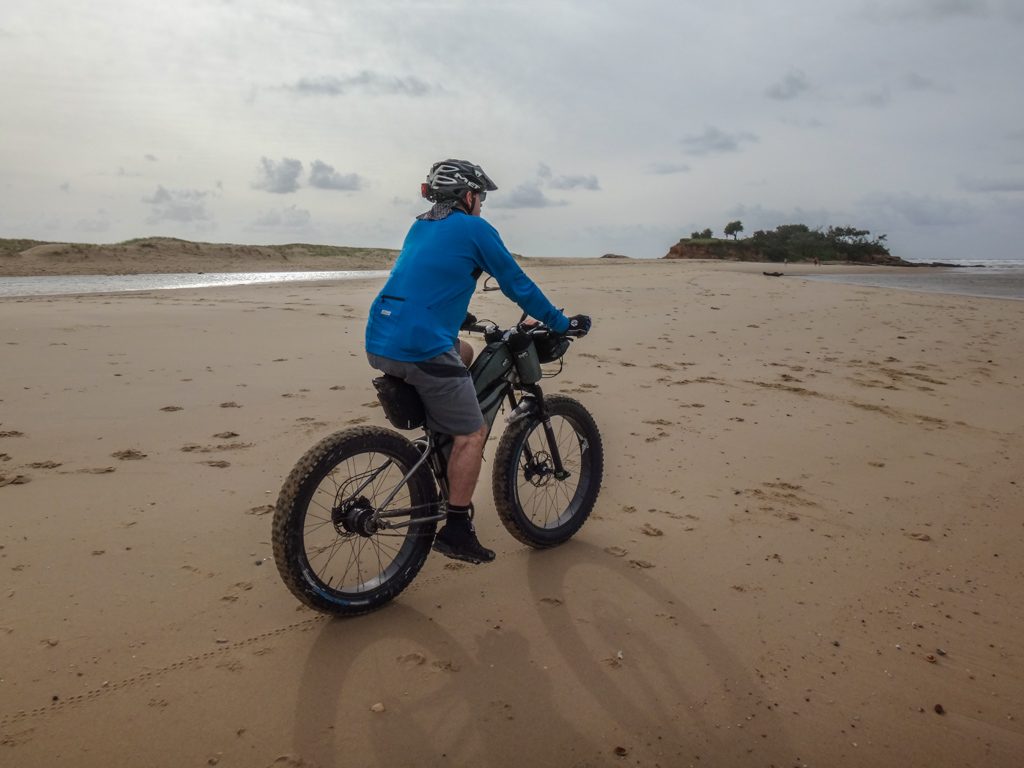 The Kabi / Gubbi Gubbi people tell many stories about the magical places of the Sunshine Coast.  Today Darb and I took some time to explore some of these places on our fat bikes.

We started at Pincushion Island on the northern banks of the Maroochy River and headed towards Noosa. 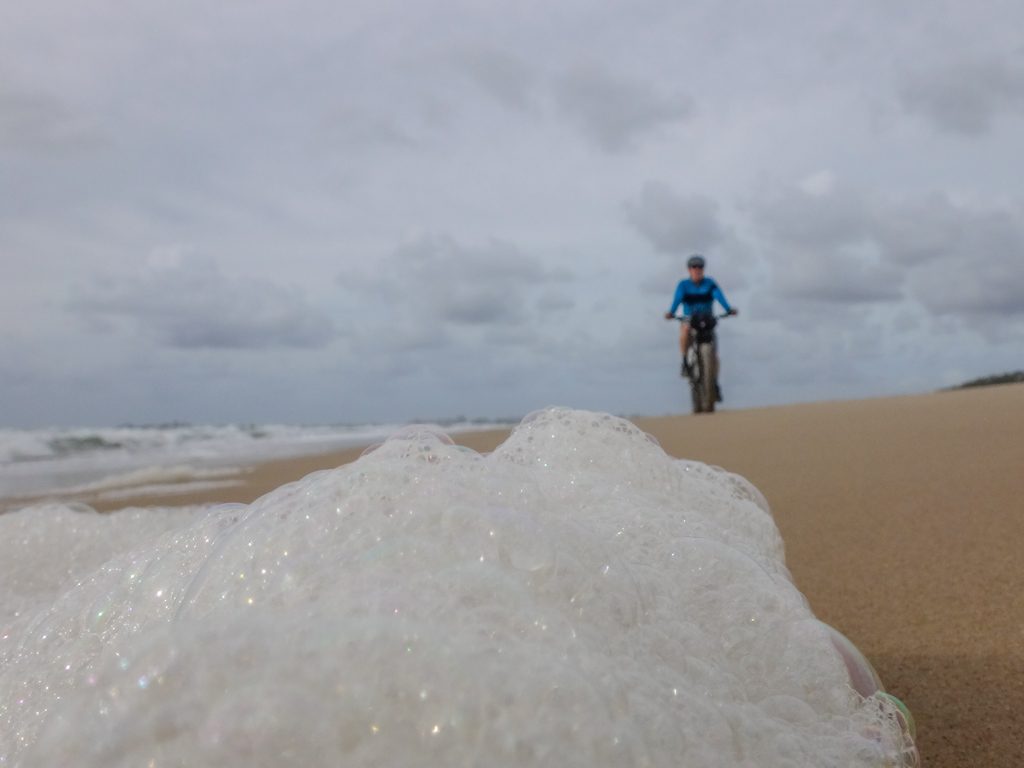 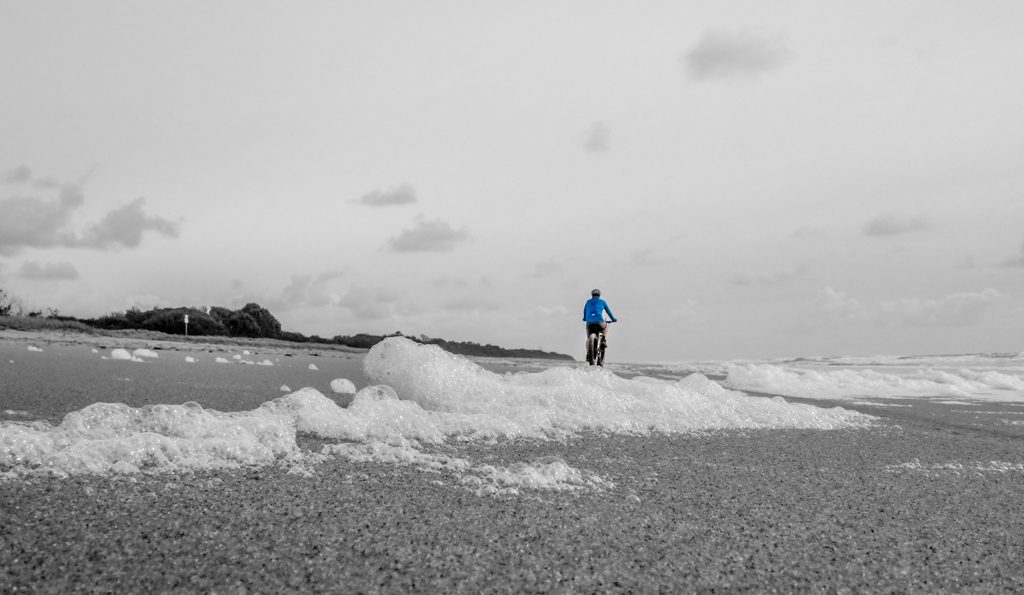 The falling tide had left drifts of “snow” on the beach.  Our fat tyres scattered the froth as we ploughed through it. 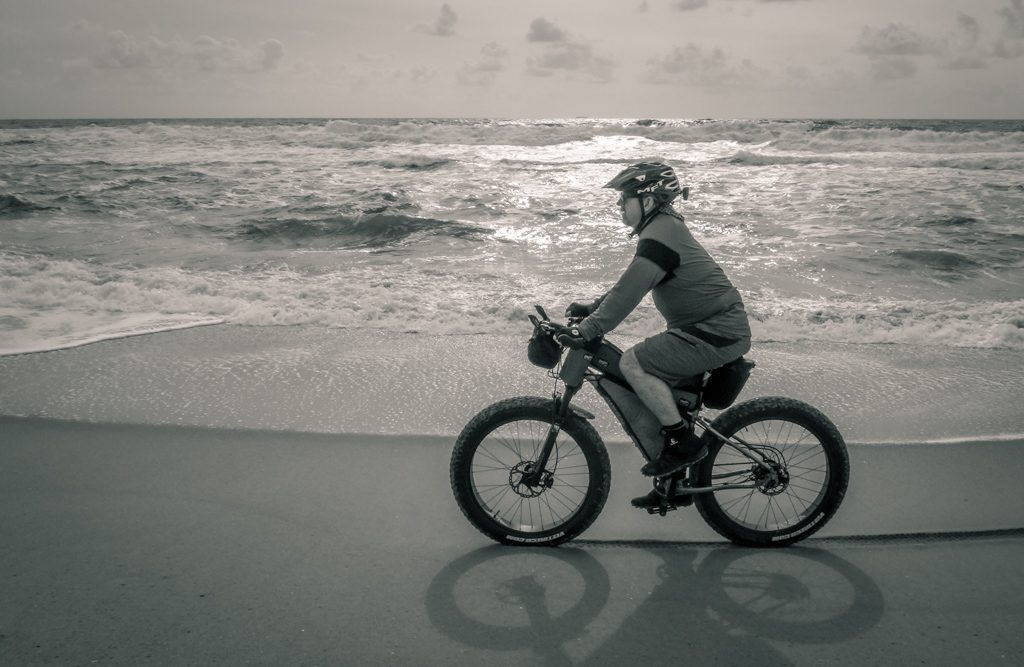 There are few things better than riding on a deserted beach in the early morning.

Our tyres rumbled on the sand as our pedals turned in time to a zen-like rhythm. 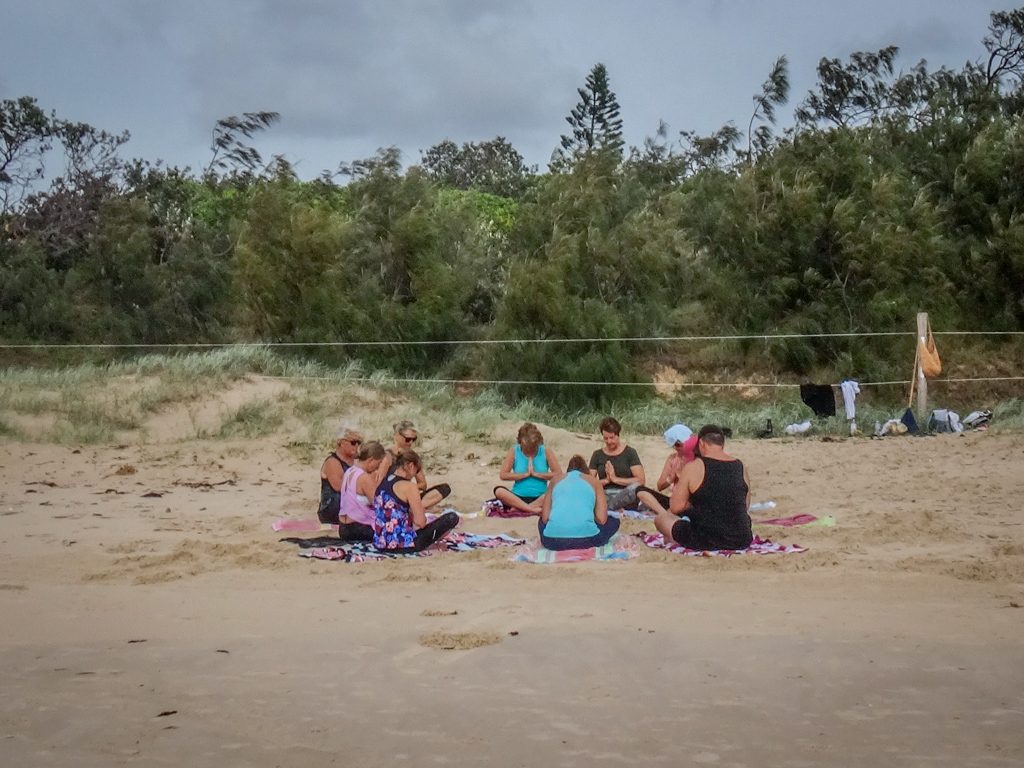 Other people found it calming too. 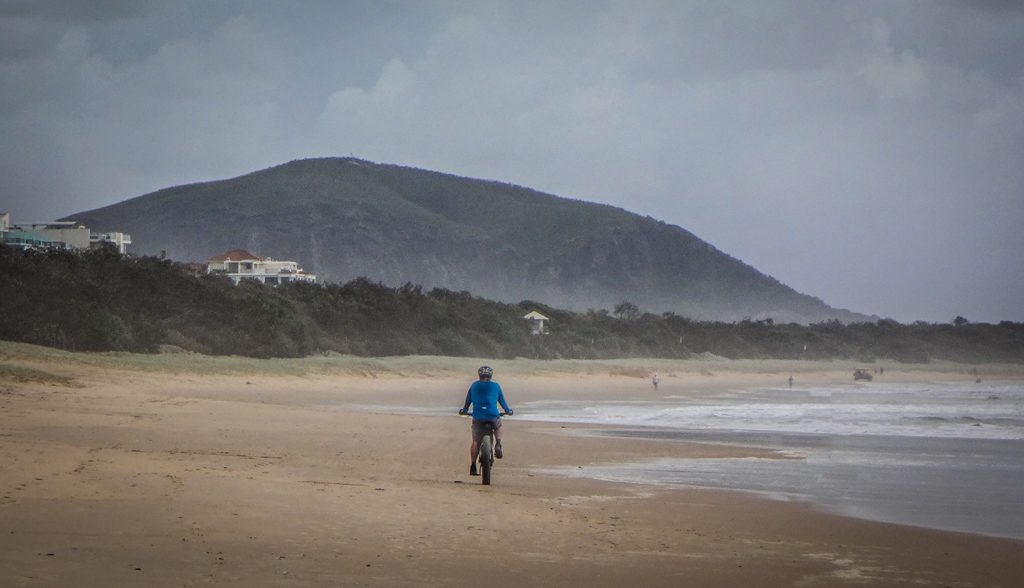 Ahead lay the monolith of Mount Coolum…

Once upon a time, long ago in the Aboriginal Dreamtime, two men loved the same woman, and fought over her. Coolum was a strong young warrior betrothed to Maroochy. The old man Ninderry was jealous, and kidnapped her.

Coolum pursued the old man, and fought him, but Ninderry won the fight.  He struck Coolum with his club, and knocked off his head.

The Spirits were angry at Ninderry, and turned him into stone.  He became Mount Ninderry which we can see when travelliing inland near Yandina.

Maroochy fled into the mountains and wept.  Her tears became the Maroochy River.  She longed for Coolum, and turned herself into a black swan so she could travel up and down the river in search of Coolum’s spirit.

At Point Arkwright we looked back down the beach we had been riding for the past hour.

In the distance we could just make out Mudjimba Island – Coolum’s petrified head looking up the beach at us.

I wonder if Maroochy ever found his spirit? 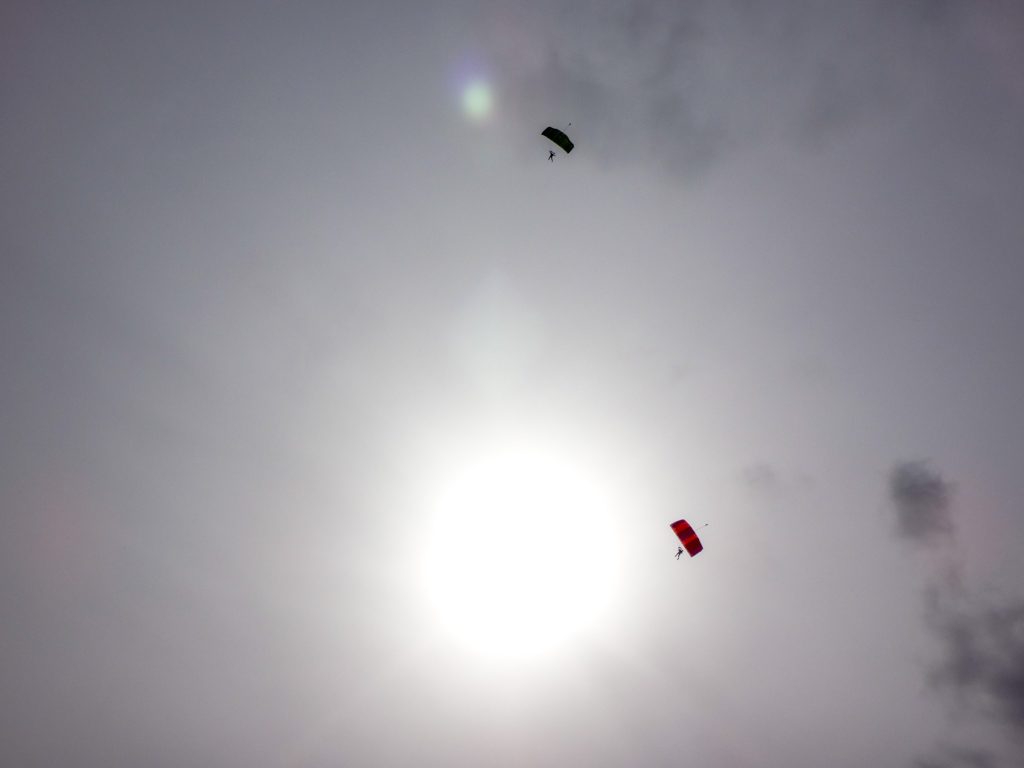 At Coolum Beach a cluster of parachutes spiralled down out of the sky towards us, like dandelion seeds on the wind.

Darb recounted to me the experience of his parachute jump.  I listened with a mixture of fear and fascination.  Would I ever do that, given the chance? 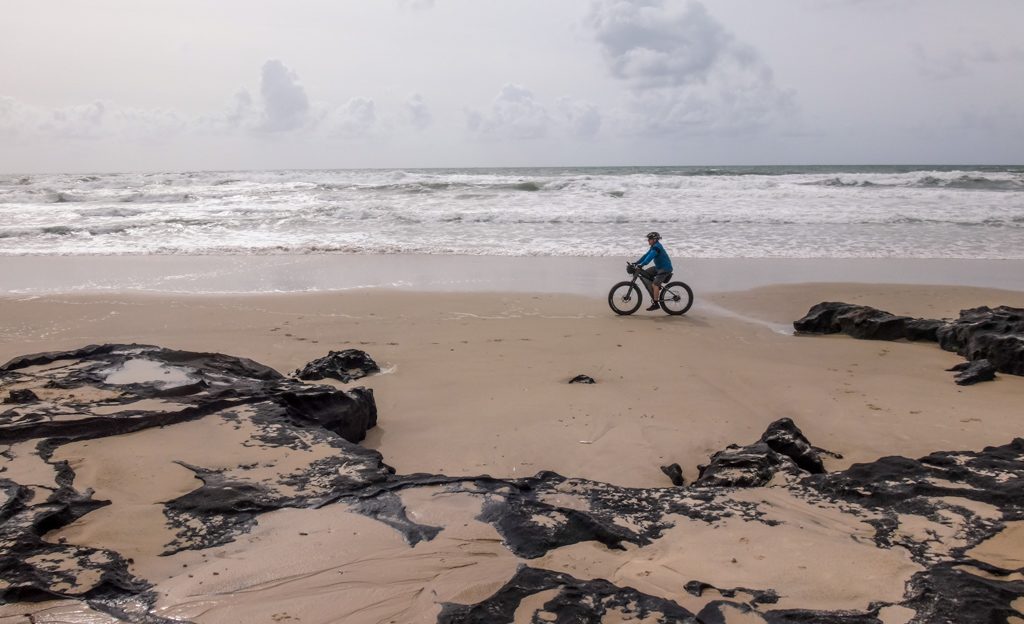 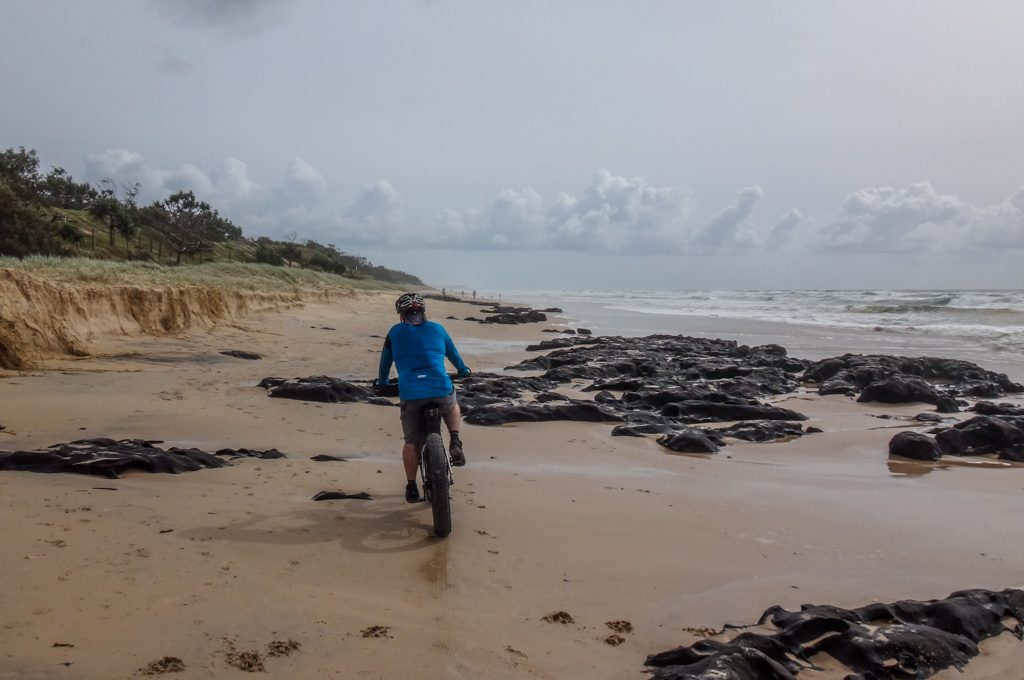 These bikes are perfect for the beach. 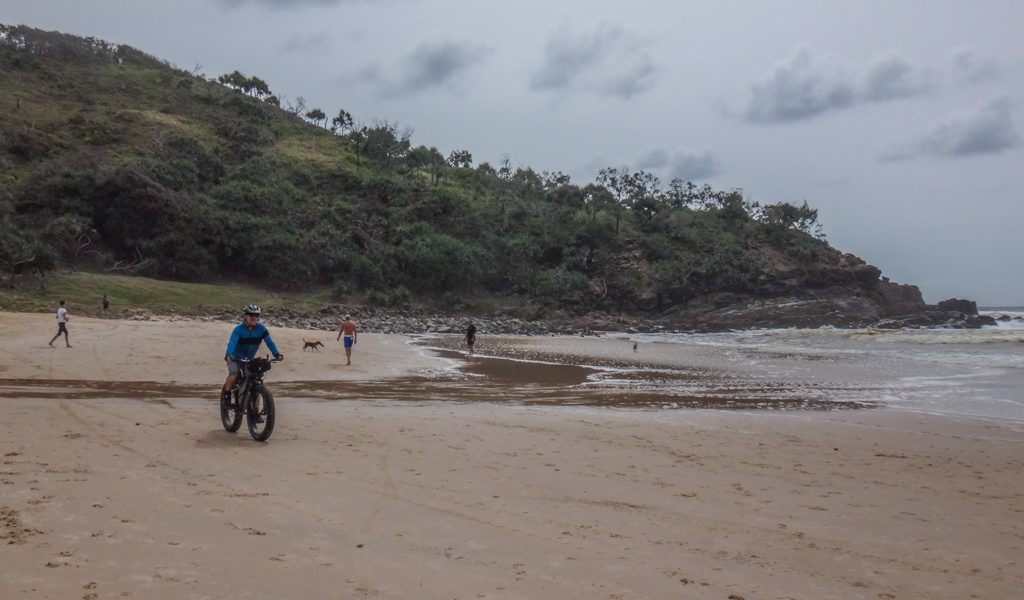 We turned around at Noosa Headland.

We’d come thirty kilometres so far, and still had to get back home.

Would the tide stay away long enough? 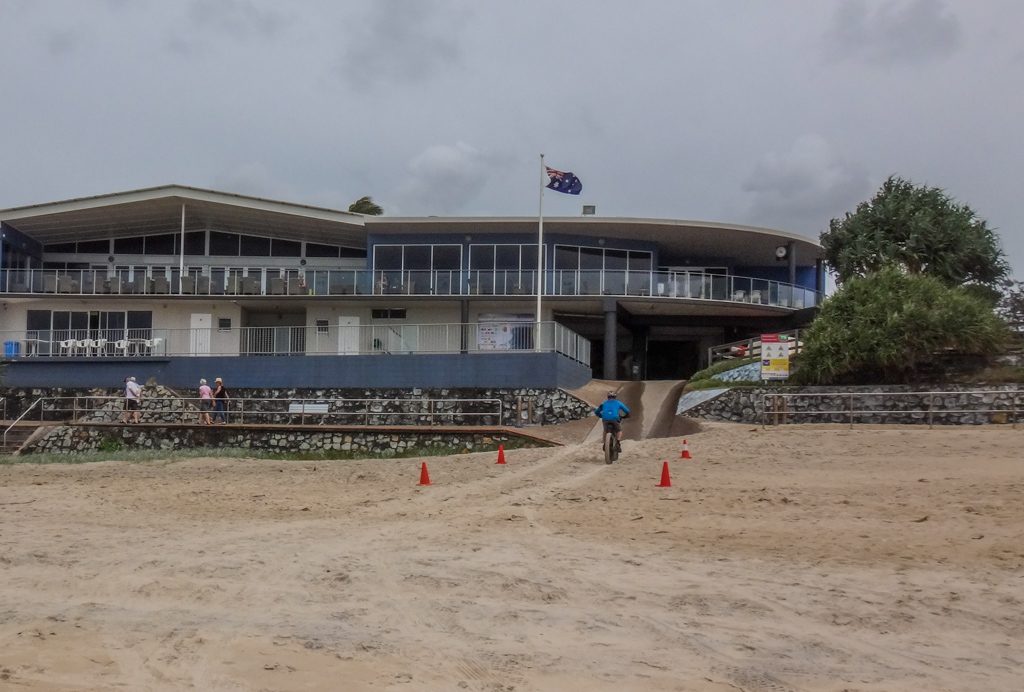 At Coolum Beach we left the shore in favour of bike paths because of the rising tide.

The friendly people at the Surf Club let us borrow their hose so we could wash the bikes down.

The beach had been covered with millions of blue-bottle marine stingers.  After riding over them for a few hours, our bikes were dripping with a repulsive blue goo – as if a large blue giant had sneezed all over them. 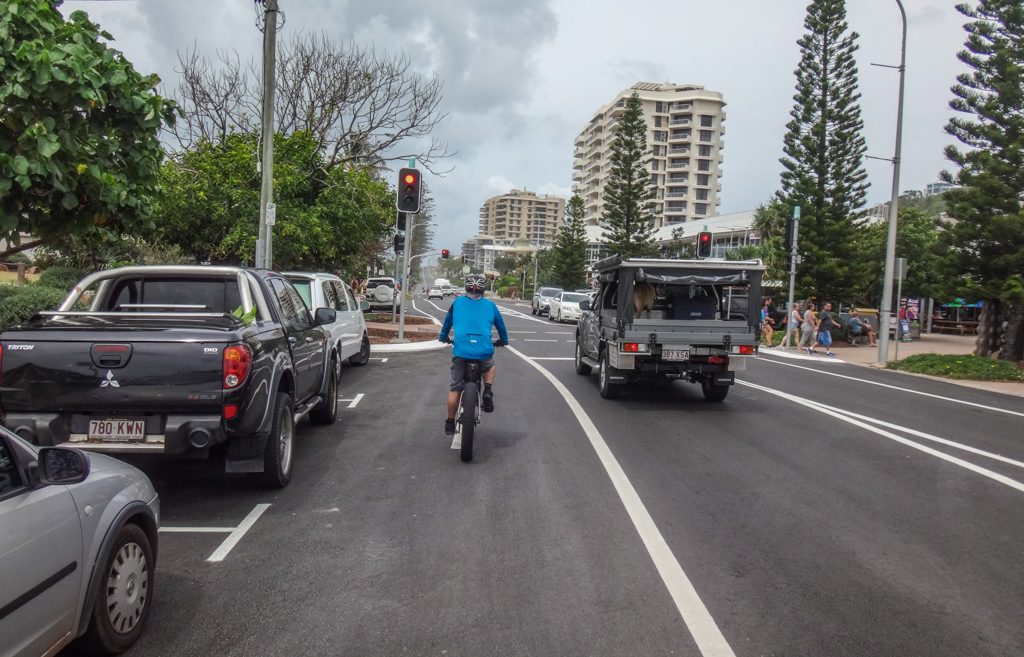 With squeaky clean bikes we rolled along the esplanade towards quiet bike paths. 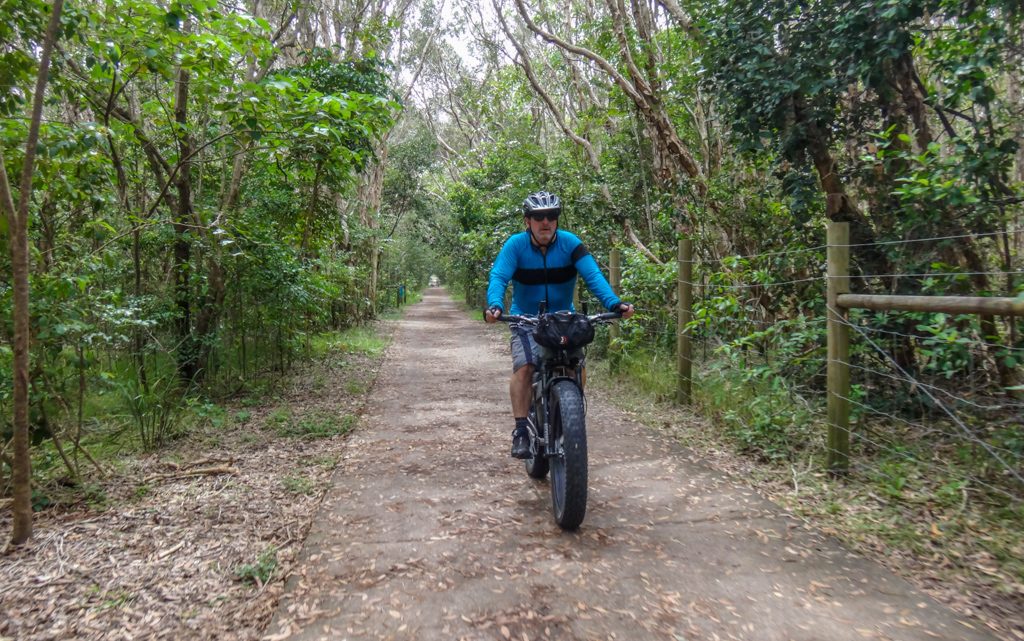 After working hard on the sand for a few hours, we welcomed the effortless roll through the trees. 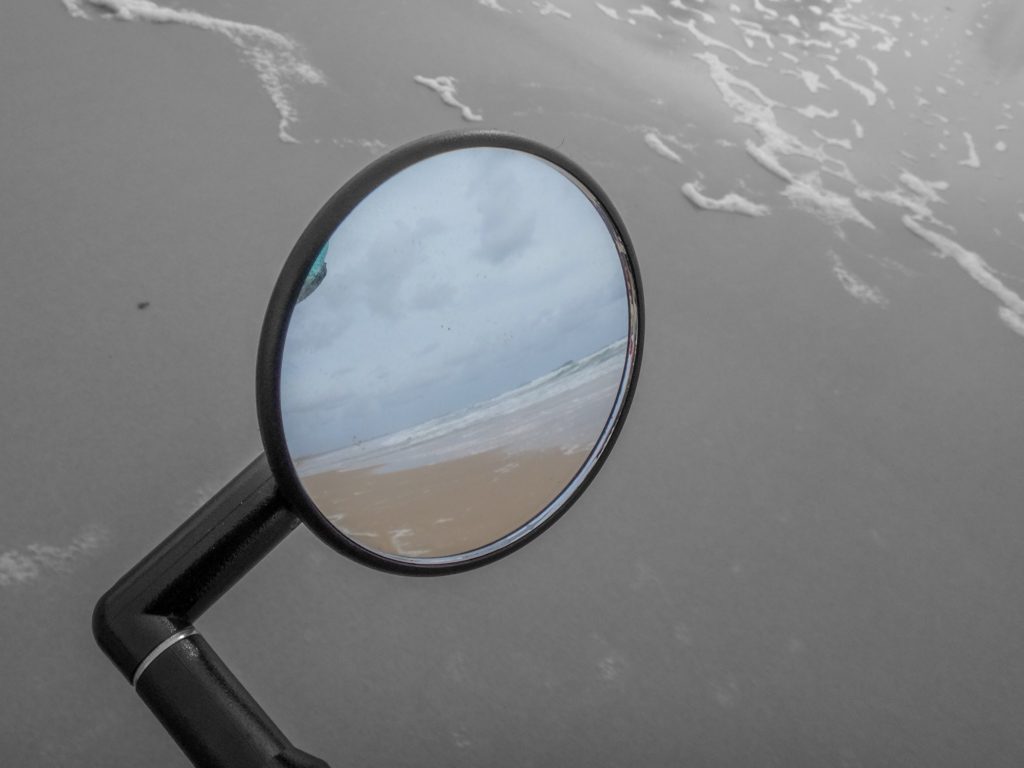 Riding on the beach is good for the soul.

We rode about sixty kilometres in just under five hours.

This is an easy ride when the tides (and wind) are favourable. Conditions change frequently. What is easy one day can end up being grueling the next.

Thanks, Darb. for taking the picture at the top of this article.

Thanks also for joining me for a fun day out. 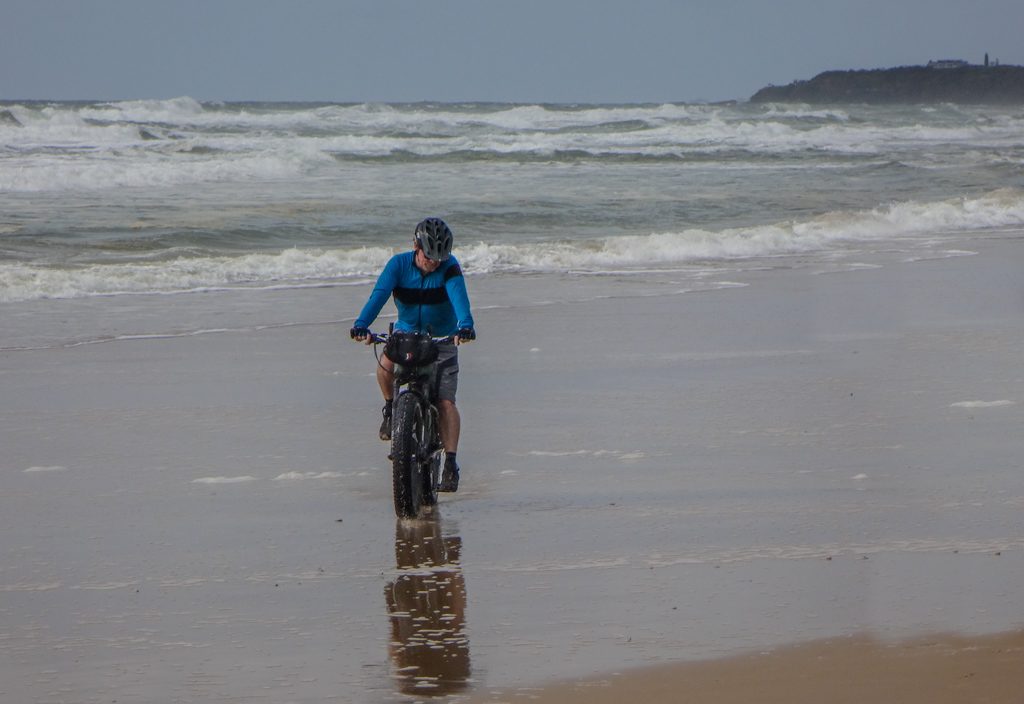