Last year I tried to ride to Dianas Bath. Today I thought I’d give it another go. Diana’s Bath is a beautiful rock pool on Byron Creek in the D’Aguilar Ranges. It’s secluded, hard to get to, and picturesque. You can drive there in a 2wd car from the west via Esk. You can get there via 4wd and a bit of a hike over the mountains from the East. So I thought I’d (again) try to get there from the east via Dayboro.

I drove to the foot of the mountains, and rode from there, rather that riding from home – saving me about 60km. The ride starts with a 200m ascent in less than 2km. It’s a tough climb but if you sit back and work hard, it’s do-able. The views at the top of the hill are worth the climb: Then there’s some fun downhill, and bouncing along the creek beds. Byron Creek is really pretty. The water actually looks a light cloudy blue colour. I don’t know whether it’s sediment, or something in the water, but it’s amazing to see. The banks of the creek are fringed with palm trees and rainforest vegetation, and there’s a continuous sound of Bellbirds and Whipbirds ringing in the air. 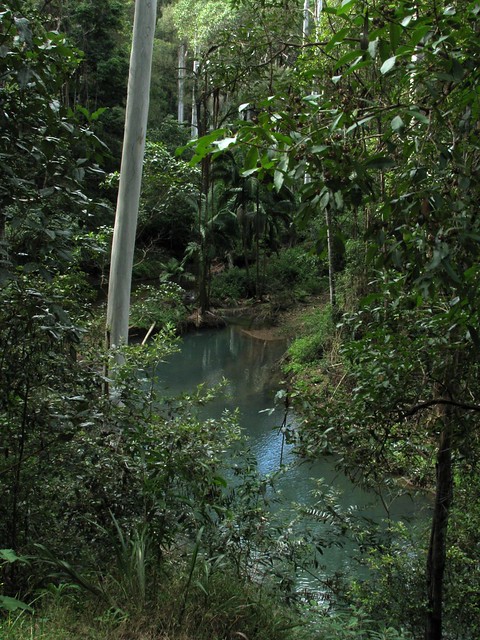 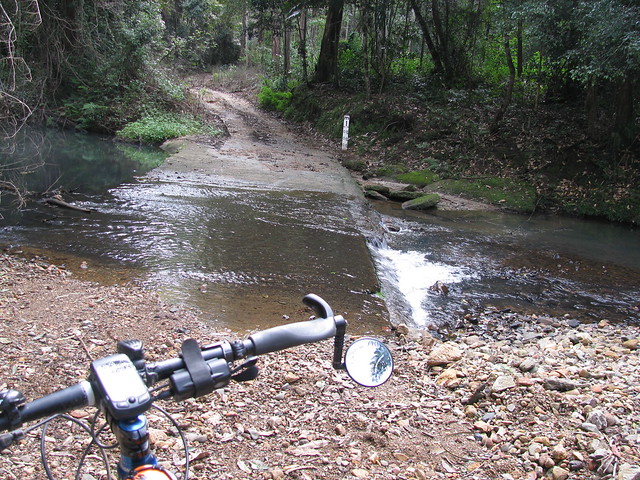 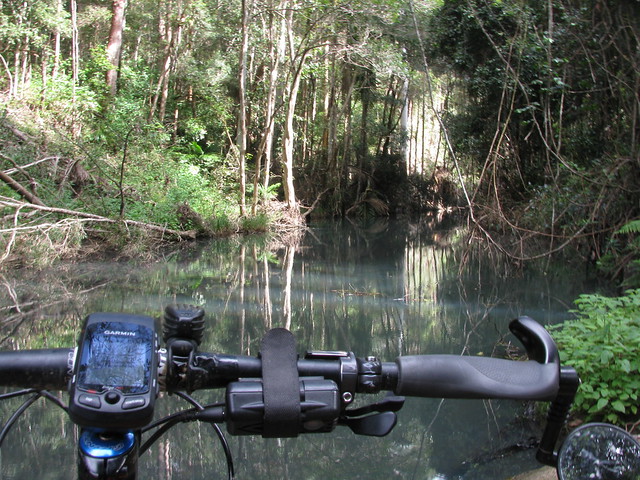 Eventually you have to do another 200m ascent, but this time it’s in about 1.5km along Diana’s Bath Road. I think they should rename this road “Heart Break Hill” because you need to be totally committed to be able to ride to the top. 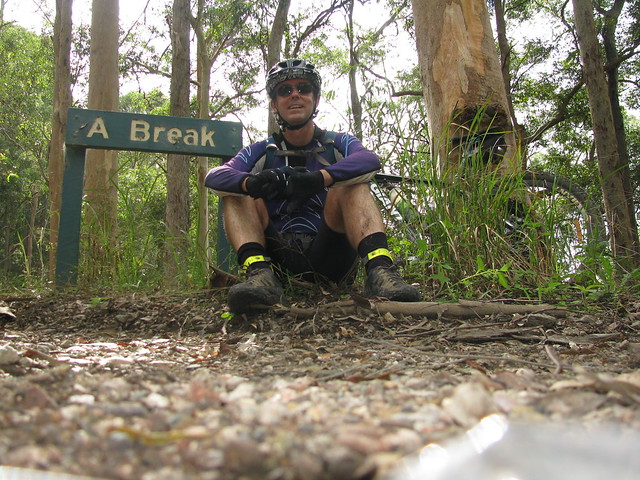 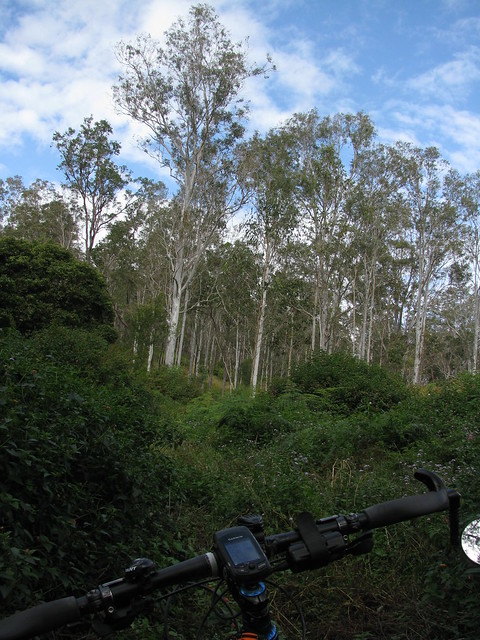 I followed the road as far as I could and eventually it disappeared into lantana and weeds. So I decided to play it safe and turn around. I wasn’t going to get to Diana’s Bath today.

It was only when I got home and checked out the track log that I realized I had gotten to within 100 metres of Diana’s Bath, but didn’t realize it at the time. So I think it’ll be a case of “Third Time Lucky”. Perhaps I’ll take a long-suffering friend with me next time for my final assault on this elusive part of the world! 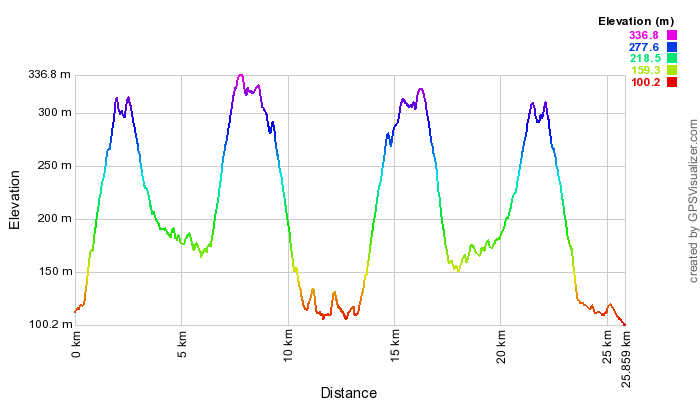 Cool Summer
Up & Down
Mountains to Mangroves 2018
Tasmanian Trails
Kagaru