After recent heavy rain, creek beds which were bone dry for a couple of years are now flowing.

I thought this would be a good opportunity to revist some those creeks and enjoy the rare sight. 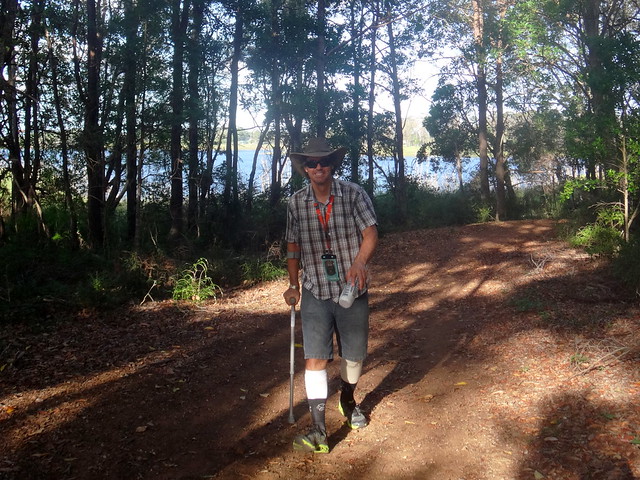 I’ve spent the last ten days recovering from knee surgery which means I can’t drive or ride a bike. 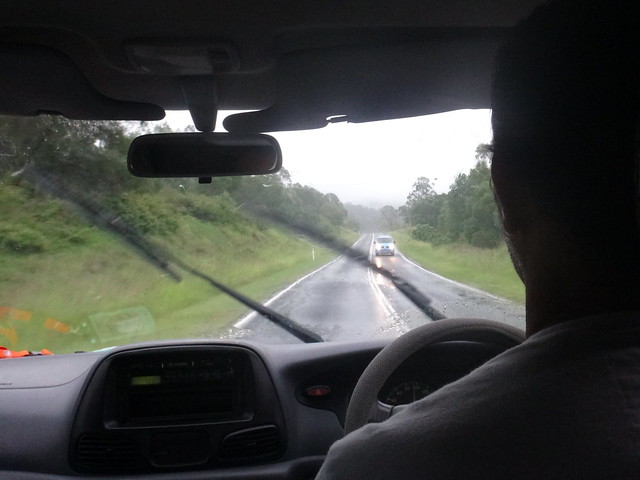 The heavy rain means that my riding buddies can’t ride their bikes either – so Jason kindly agreed to drive me around the hills behind Dayboro to have a look at the difference made by the torrential downpour. 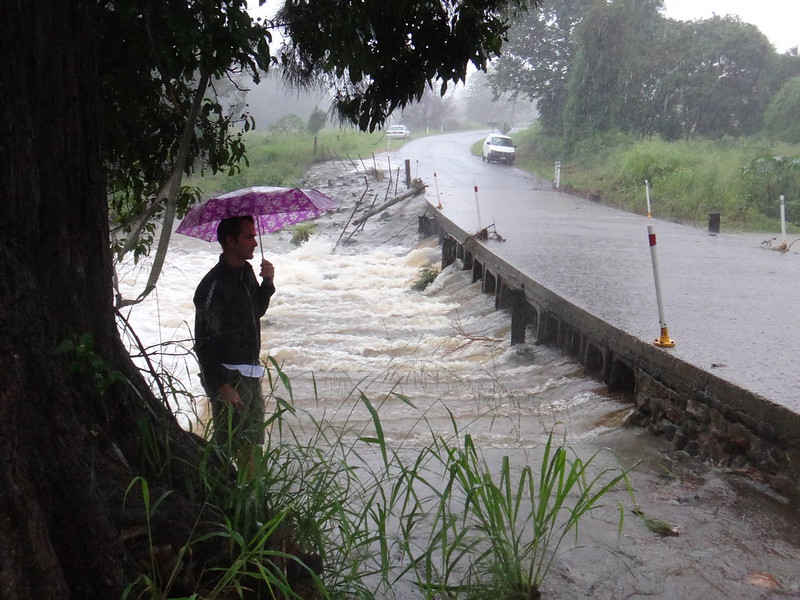 Jason asked me if I had a spare umbrella as we left my house. I handed him an old purple one, but didn’t realize he’d be sporting it in most of the photos I took of him. He graciously didn’t complain about it.

We stopped at a couple of the creek crossings on Lacey’s Creek Road. We’ve often ridden along here on fun rides up into the Mt Mee Section of D’Aguilar National Park. 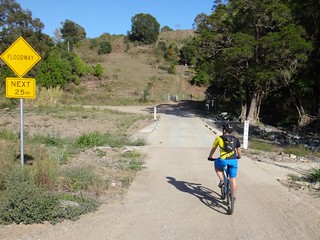 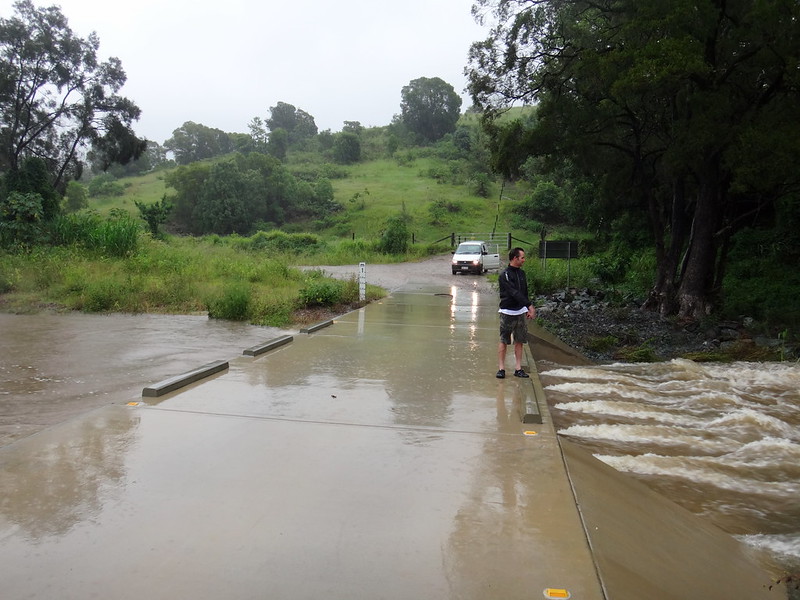 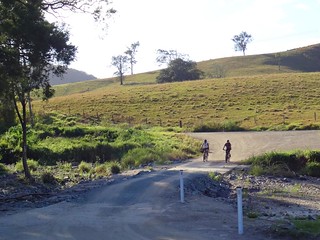 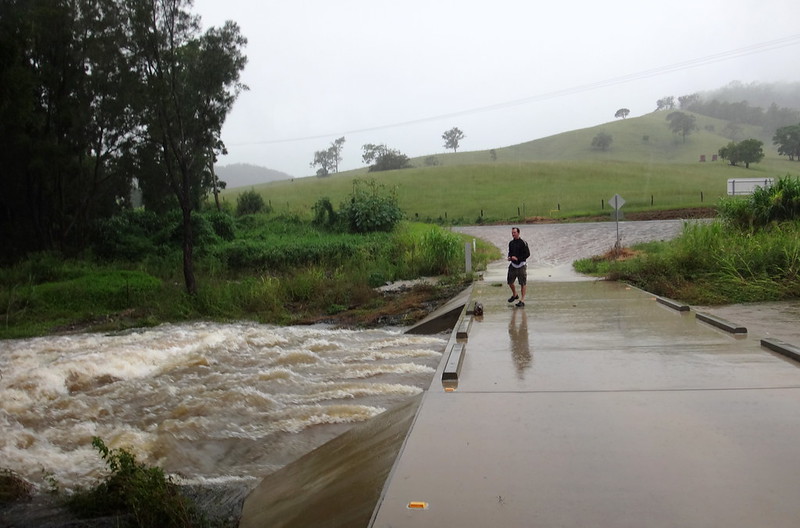 Today the causeway was barely coping with the impressive flow. 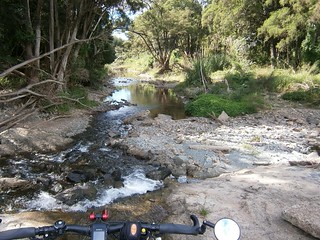 A usually sleepy creek was a raging torrent today. 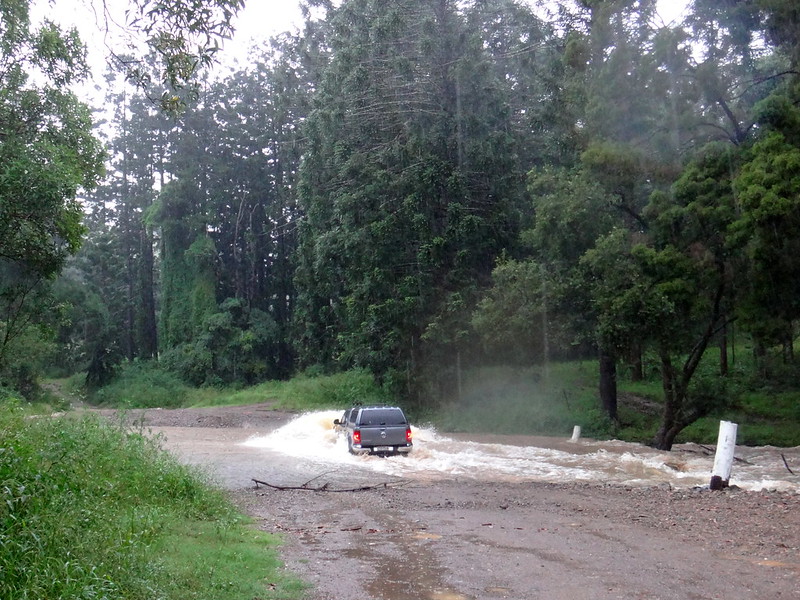 We had agreed beforehand that we wouldn’t cross any flooded causeways – it’s not worth the risk.

The final causeway at the end of Laceys Creek Road was flooded, so we stopped and turned around. The driver of this 4WD,however, was a little too adventurous and ploughed through despite water going up over the hood. I’m glad he made it through. 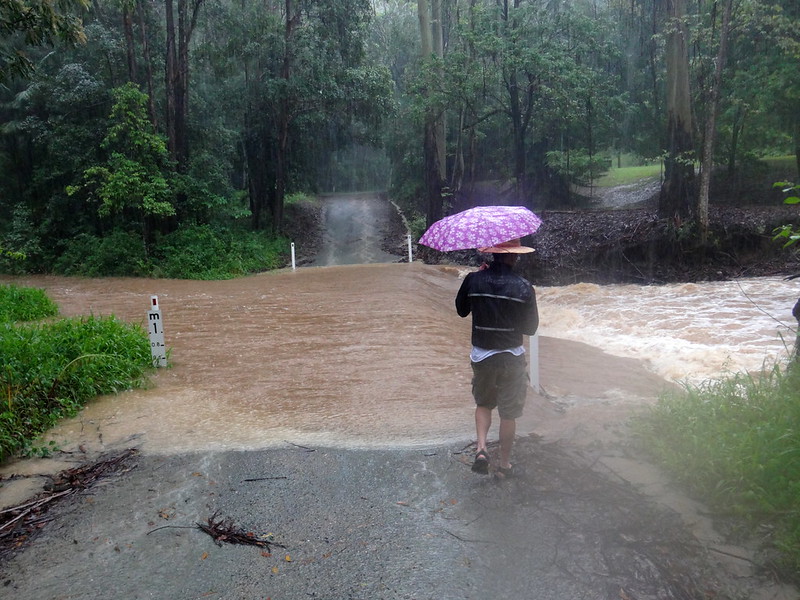 Our next stop was Mount Brisbane Road near the head of the North Pine River at Mount Pleasant. 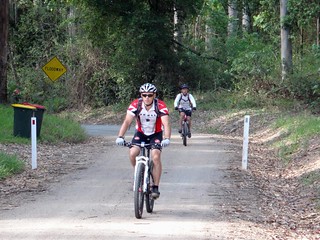 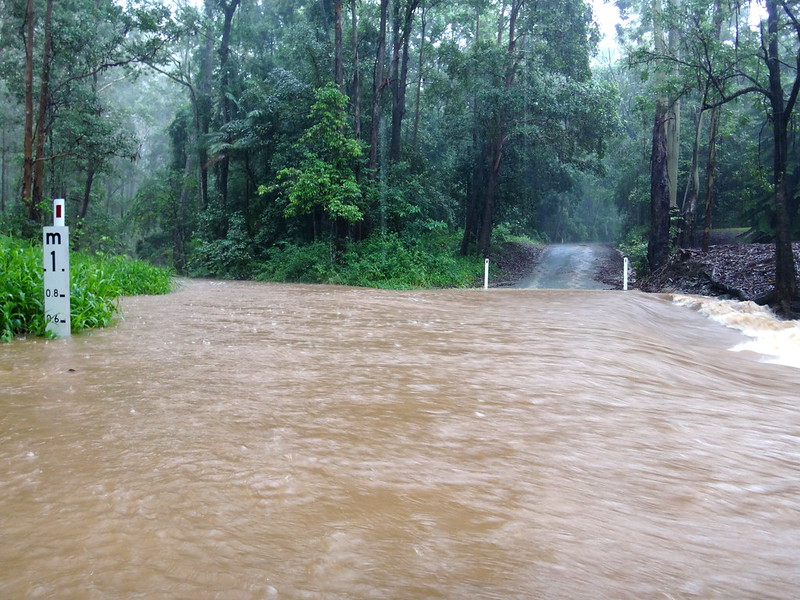 This is the spot at which we’ve previously started rides up to Dianas Bath.

There was no crossing the river today though. 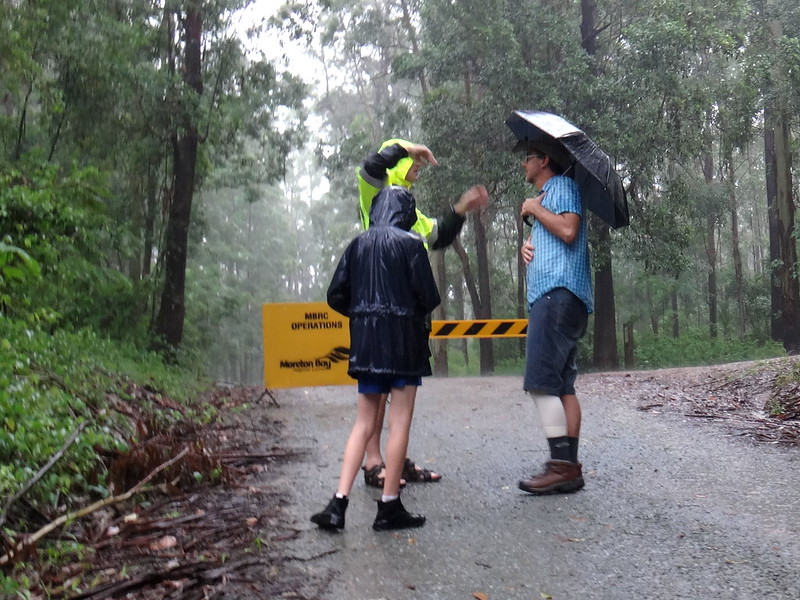 I had a chat to some local residents while Jason took a few photos.

Despite the conditions, I still think they were very fortunate to be able to live on the edge of such a beautiful national park. 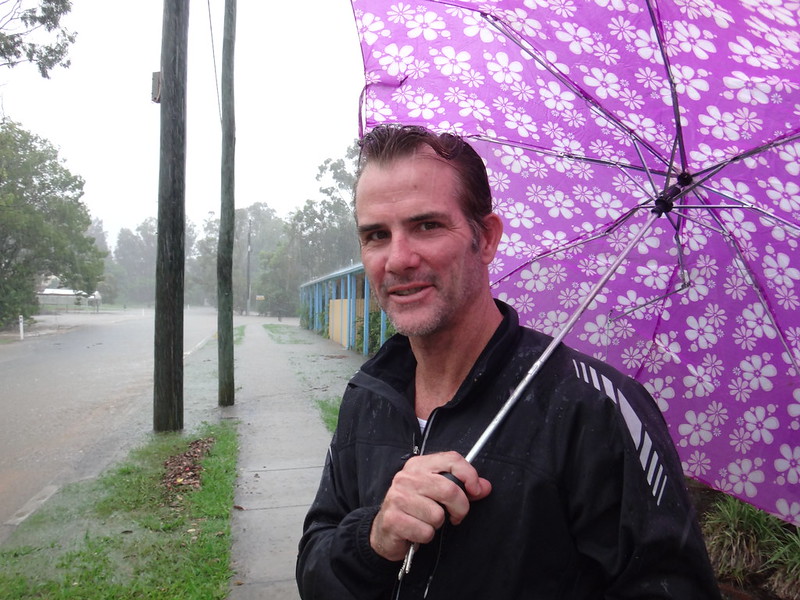 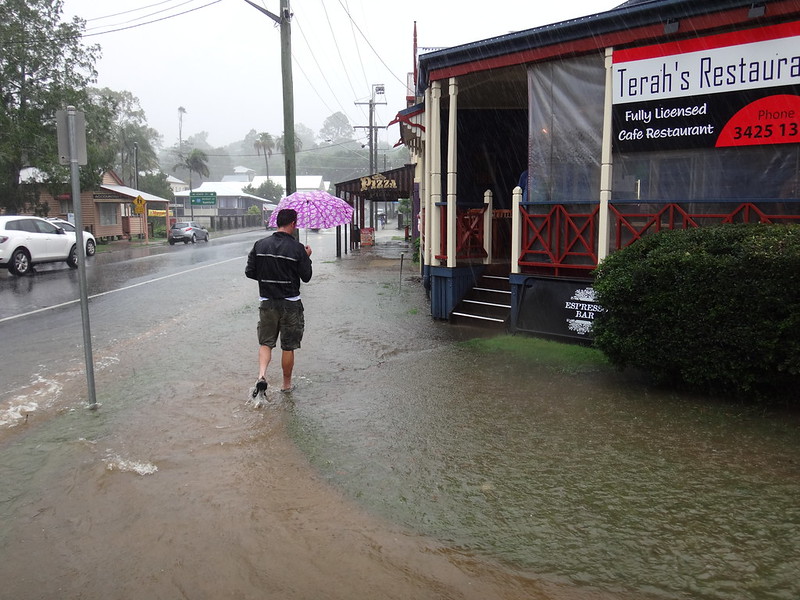 One of the advantages of driving over cycling is that we were able to stop in town for morning tea. We stopped at one of our favourite cafe’s and had a bit more than what we should have, considering we weren’t riding or working very hard.

I commented to the waitress that anyone paying them a visit today must really like the restaurant considering the amount of floodwater we had to wade through to get there. 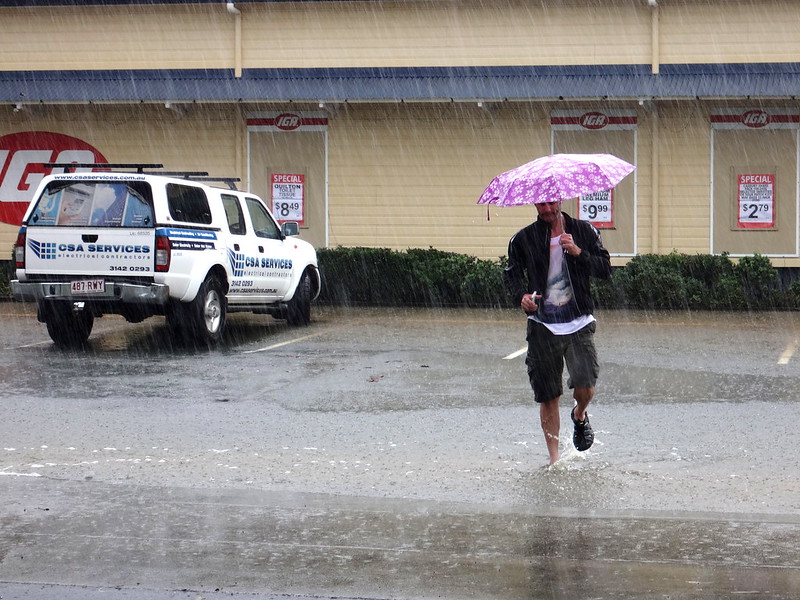 Sugar Mill Creek in the middle of Dayboro had broken its banks and flooded local streets. 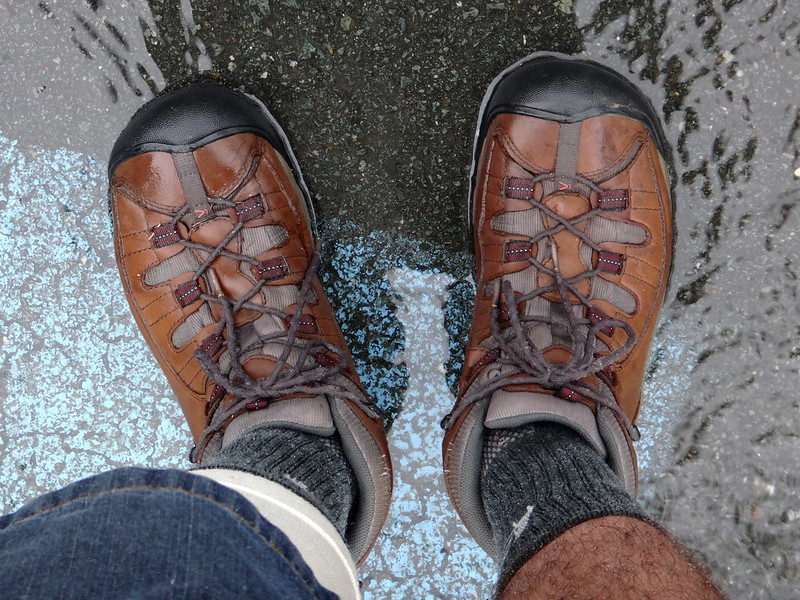 My trusty boots kept the water out very well. 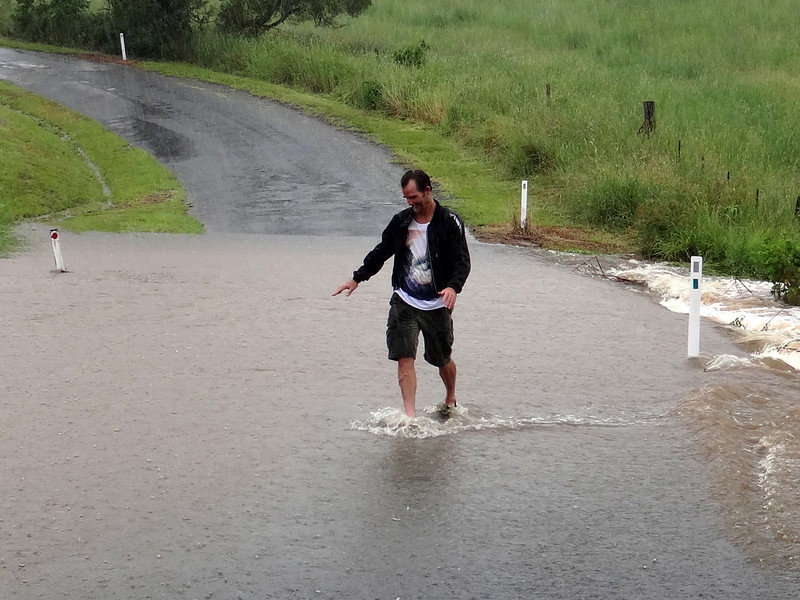 We intended to visit Leis Crossing next, but were prevented by floods on Armstrong Creek Road. Jason checked the water out on foot first, but decided it was flowing too quickly to safely drive a car through, so we did a u-turn and headed for Kobble Creek instead… 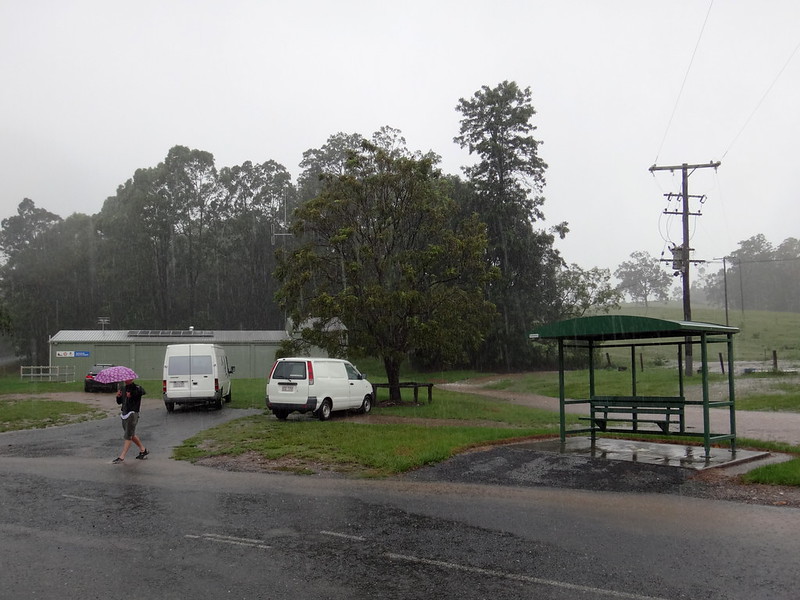 Kobble Creek Road was closed too – so we parked the car at the Rural Fire Brigade and walked instead. 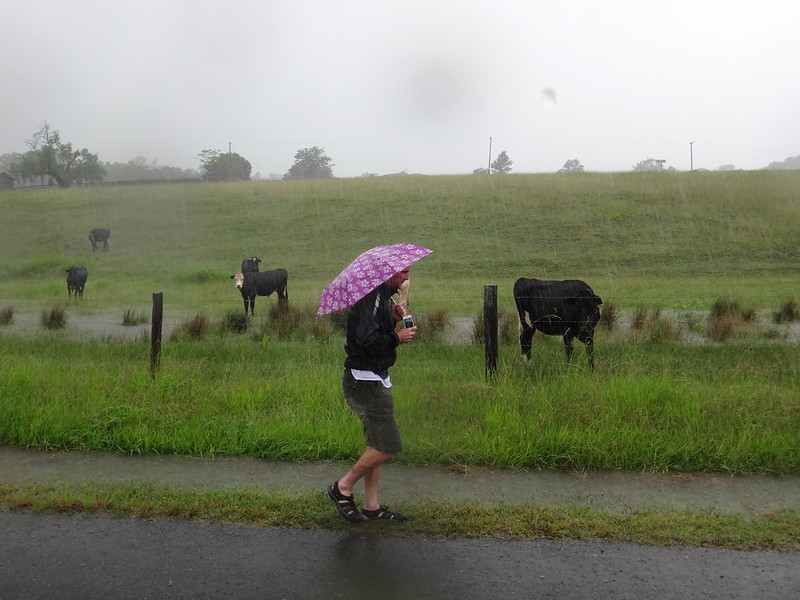 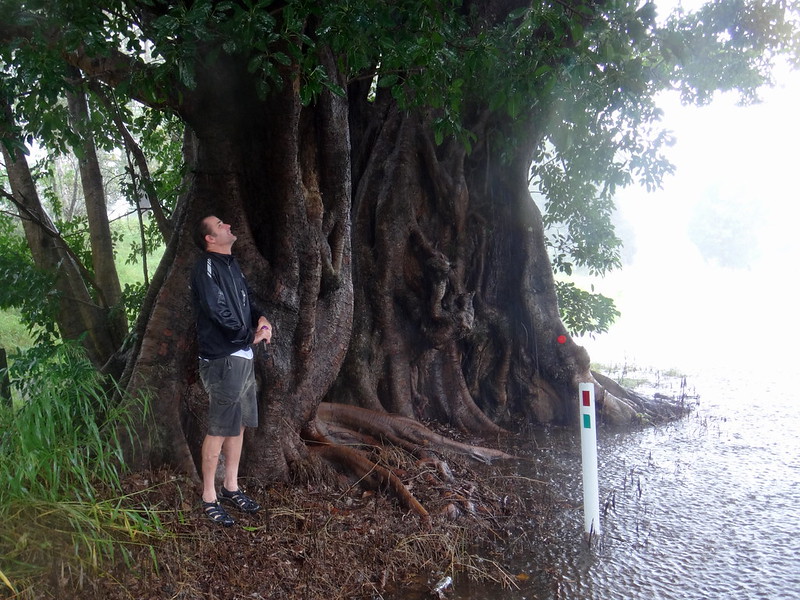 … and took shelter from the rain for a while under an old fig tree. 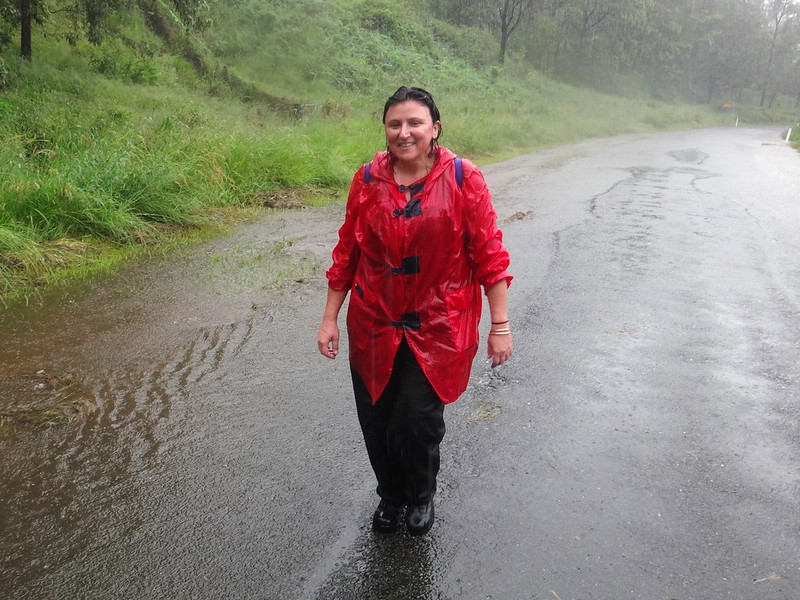 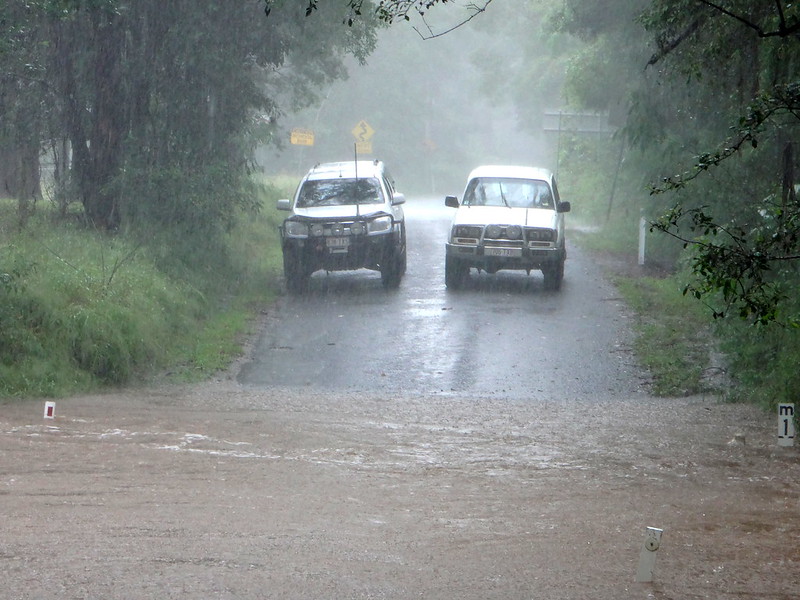 Kobble Creek was up quite high. No one was getting through today. 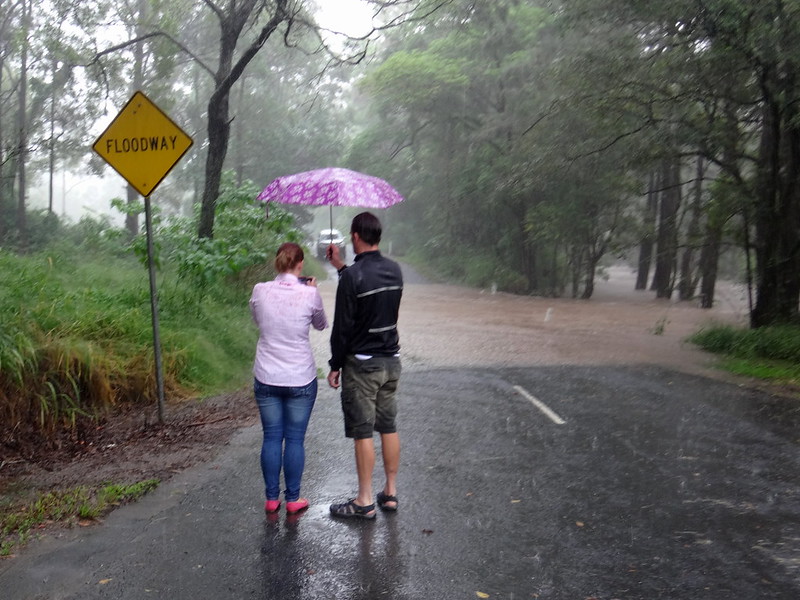 Ever the thoughtful man, Jason let a lady shelter under his umbrella while she tried to send an SMS. 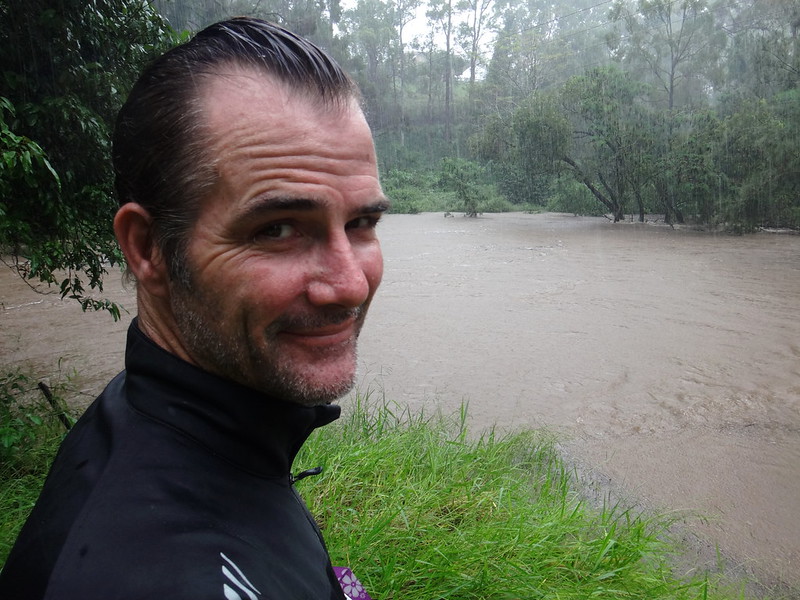 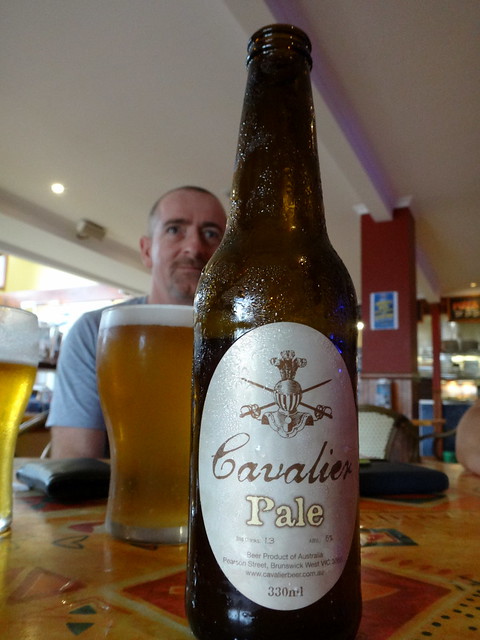 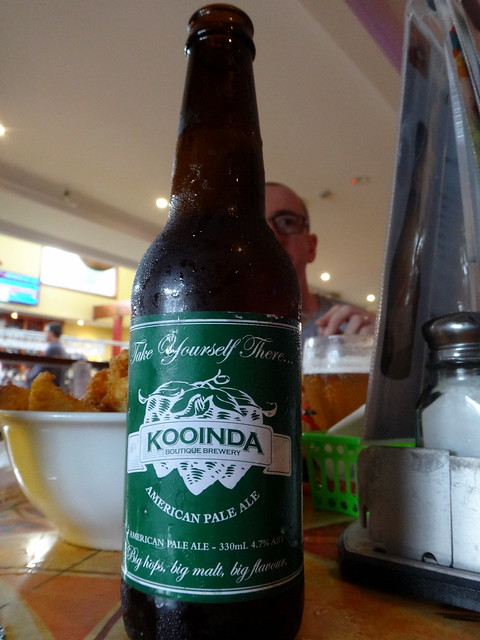 So we met Darb and his wife, Bernadette down at the Samford pub instead.

Since I wasn’t driving or riding, I didn’t mind having an extra beer 🙂 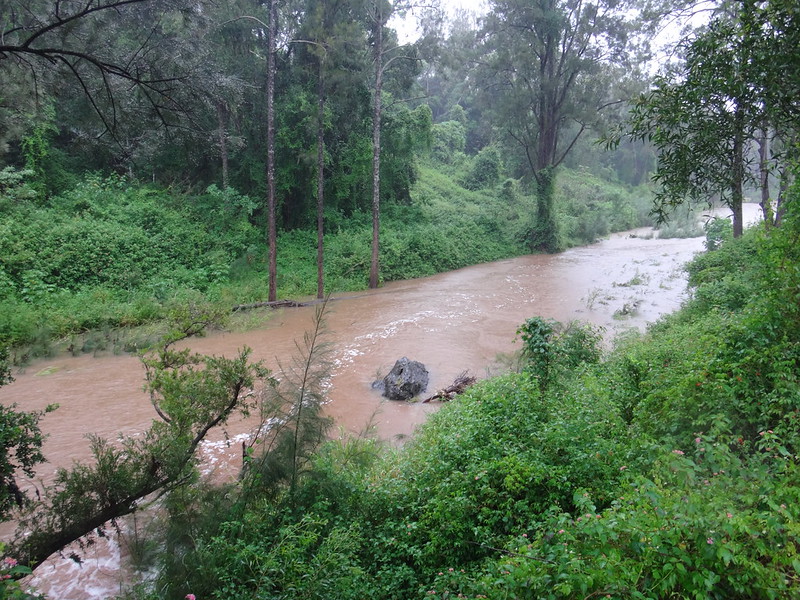 I’ve often watched the weather reports each night hoping that the rain would stay away so we could ride.

But I actually enjoyed the rain today.

There’s something refreshing about watching dry watercourses come to life after a heavy downpour. It’s good for the health of our waterways, good for the flora and fauna that live there, and (despite the frustrations of not being able to ride) it’s good for us too.

Thanks Jason for driving me around today. I had a great time!